Articles
Katherine Fan is a former senior travel features reporter at The Points Guy who covered everything from personal finance to travel and aviation.
July 31, 2019
•
7 min read 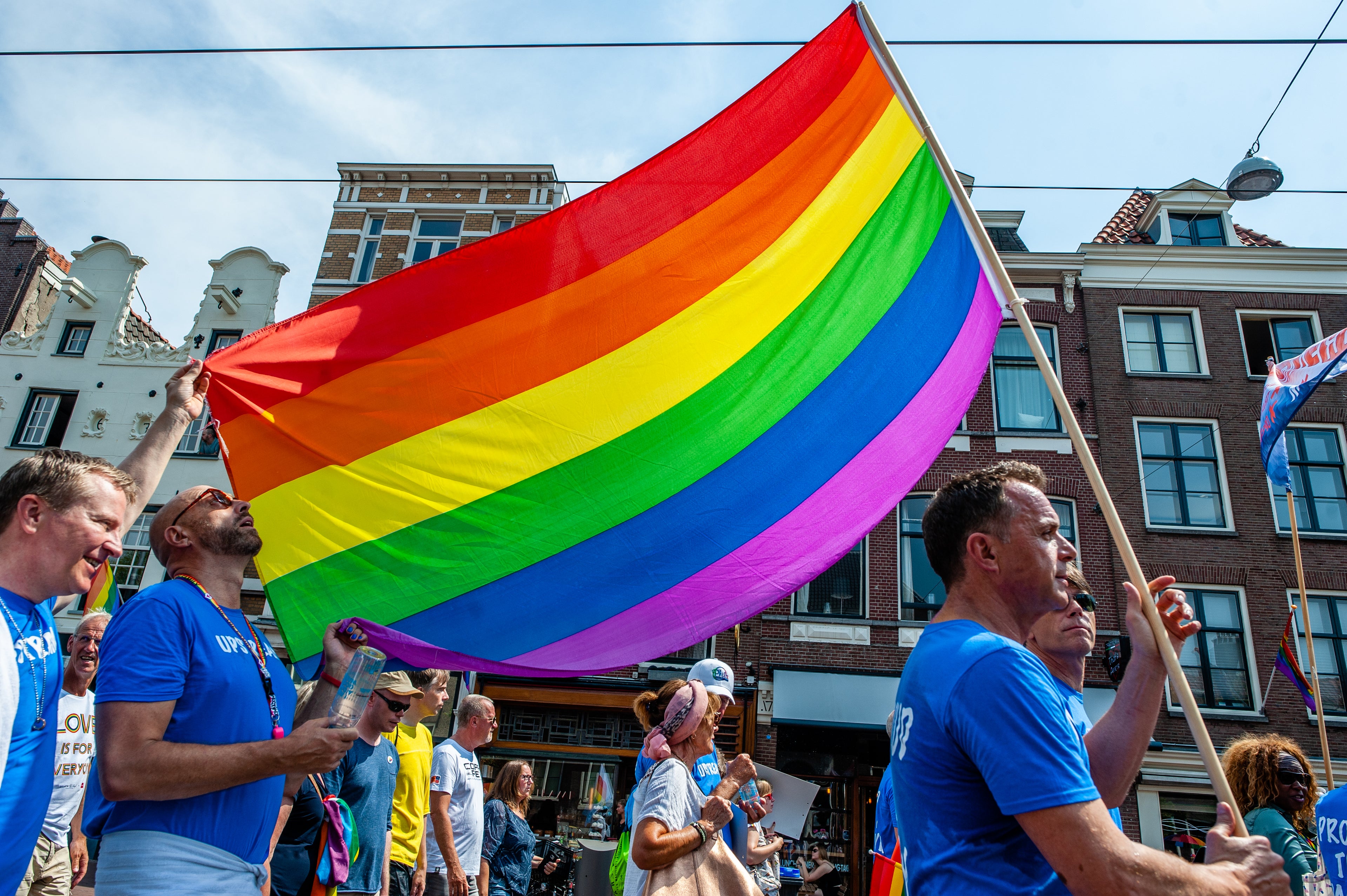 A Gay Jamaican's Road to Freedom - And How You Can Help People Like Him
This post contains references to products from one or more of our advertisers. We may receive compensation when you click on links to those products. Terms apply to the offers listed on this page. For an explanation of our Advertising Policy, visit this page.

Many years ago, Montgomery* and a friend were walking in their neighborhood in Kingston, Jamaica, when they were attacked by a mob throwing stones at the teenage boys. Several years later, in his early 20s, Montgomery was walking through another part of town with other friends and they were shot at.

"I realized I needed to leave Jamaica then," Montgomery, now 55, said. "Jamaica was not a safe place for LGBT people like me." But it was only 30 years later that he was able to leave his homeland. All that time, Montgomery worked to keep his sexual orientation a secret.

"Only my same-sex partner would usually know," Montgomery said of the first few years after he realized he is gay. "Jamaica is very highly homophobic — maybe the most homophobic in the English-speaking Caribbean. Openly admitting my sexuality was, and is, a risky undertaking."

"I was never 'out,'" Montgomery told TPG, "so my family didn't know, although I think maybe my mom, my sister and a couple of other people probably guessed. But nobody ever said anything to me, never talked about it. And because I kept my orientation a secret, people would often ask when I would get married or give my mom grandchildren, because of traditional expectations on sons."

After the shooting incident in his early 20s, Montgomery knew that he could never live a full life in Jamaica.

"I just had to blend in with the crowd under the pretext of making people feel that I am straight and not gay" in order to survive, he said. "I had to live a lie. I had to mask my identity and my true feelings." And even as he avoided calling attention to himself, people would still attack him.

Montgomery spent more than 30 years exploring various career paths in Jamaica, always being careful to avoid questions about his sexuality. At one point, he became an entrepreneur who cooked for people who wanted to bring home-cooked food to their families. "I would make soup the Jamaican way with corn or roast tubers." Montgomery also worked for the government of Jamaica as a social worker and volunteered with organizations supporting individuals with disabilities.

Finally, a friend paid for a one-way ticket for Montgomery to California, where he stayed for four months while seeking assistance from a number of LGBTQ+ support organizations, including the LGBT Asylum Task Force in Worcester, Massachusetts. Another Jamaican friend put Montgomery in touch with the refugee-rescue nonprofit Rainbow Railroad. "I knew of groups that help LGBT people seek asylum and was really hoping for whatever opportunity [might arise] when going to California," Montgomery said.

After several months, the Asylum Task Force accepted Montgomery's application for assistance, and in October 2018 Rainbow Railroad sponsored his airfare from California to his new home in Massachusetts. "I came to Worchester to seek asylum because it is easier to travel in this area on public transportation," said Montgomery, a polio survivor who struggles with mobility. “I wish I could live in one of the southern states, or someplace where it is warmer. But my life is relatively calmer, and I feel more safe than when I was living in Jamaica. I feel more liberated to be me, to be who I am."

Montgomery has a pro bono lawyer assisting him in seeking asylum and currently is waiting for a interview date from the asylum office. There will be serious repercussions for him back in Jamaica if he isn't granted asylum, he said.

"I can't travel back there until I get US citizenship," he told TPG. "And even if and when it’s granted, I can travel to other countries but not to Jamaica. It may take me 10 years before I step foot on Jamaican soil again."

Although he spent most of his life looking for an opportunity to escape, Montgomery is grateful that he was able to help his mother and sister while he lives in Jamaica. They never learned the truth about his sexuality and had passed away by the time he left the country in 2018.

"Most people in my family perhaps would have been very angry with me for being gay," Montgomery told TPG. "But I think my mom and my sister would have been supportive. [It] would have been easier for them to understand me and how I feel and I think they would have eventually understood."

But even though Montgomery longed to share his secret with them, he opted instead to keep his mother and sister in the dark. "It [was] better for them not to know," he said, because family members of gay individuals are often persecuted too.

"I don’t regret leaving Jamaica," Montgomery said. "I’m happy that I left. But I have left loved ones behind, like my nieces and nephews, and they have no idea the true reason why I left. They knew I was traveling, but they thought I was just coming to the US to be with a lady," he chuckled. "So I allowed them to believe what they wanted to believe. I didn’t want them to wake up from their dreams."

Now that he's living in the United States, Montgomery is catching up on many years of freedom. While he awaits his asylum case to be reviewed, Montgomery isn't yet eligible to work in the US. However, he's keeping himself busy with academics, he told TPG. "I have signed up with a community college where I'm now studying for the GED. I’m working toward a degree in social work, and ultimately seeking the opportunity to get a Ph.D. and get some work at the academic level."

As a polio survivor, Montgomery has been a passionate advocate for disability rights all his life, both in Jamaica as well as in the United States. "Although I didn't have a degree, I attained a certificate in social work in Jamaica, both in volunteer capacity as well as in paid employment," Montgomery said. "I believe that one can best influence society through two avenues: politics and academia. I have an interest in both. With academia, I can use that process to influence and impact the lives of LGBTQ+ people, of people with disabilities, of youth at risk. Getting into politics and academics would be a continuation of what I used to do but have a bigger level of impact."

For people as vulnerable as he once was, Montgomery has words of encouragement. "Seek as best as you can to attain the highest level of education possible," he said. "Get involved in advocacy work as it relates to LGBTQ issues, or to any vulnerable population. Find something to get involved with that will boost your self-esteem and your self-worth."

How You Can Help

Montgomery's story is not unique within the LGBTQ+ community worldwide. Each year hundreds of thousands are persecuted, abused and even murdered by homophobic people, communities and regimes. Without hope and without help, people like Montgomery live in fear and pain.

Here's how you can help Montgomery and others like him: Donate to Rainbow Railroad through The Points Guy's Prizeo campaign. On average, it costs $10,000 to help each refugee get to safety. Your gift matters. The best part? Your generosity can pay off for you as well. Through August 29, each $10 minimum donation gives you 100 entries toward the chance to win the Trip of a Lifetime, planned by The Points Guy, using up to 1 million Chase Ultimate Rewards points.

*Montgomery opted to use his middle name to protect his and his family's safety.