Articles
Katherine Fan is a former senior travel features reporter at The Points Guy who covered everything from personal finance to travel and aviation.
June 11, 2019
•
5 min read 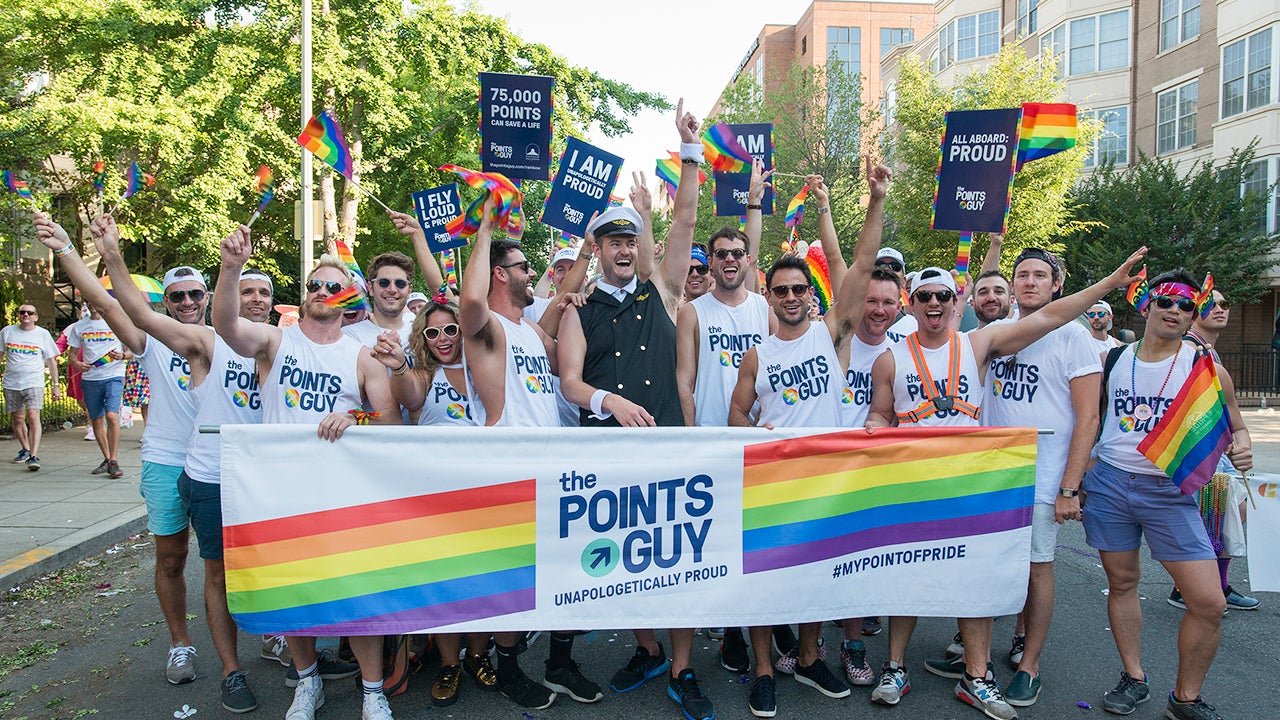 Want to win the biggest giveaway we've ever organized? The Points Guy is officially celebrating Pride Month 2019 with a huge prize for the ultimate trip of your bucket-list dreams worth up to 1 million Chase Ultimate Rewards points, personally planned for you by Brian Kelly, The Points Guy himself.

What will it take to win this giveaway, you ask? All you need to do is make a $10 minimum donation to Rainbow Railroad through our Prizeo campaign. (Of course, the more you give, the more opportunities you have to win!)

Rainbow Railroad is an amazing organization that provides support for LGBT refugees as they seek safe haven from state-enabled violence, murder or persecution. In recent months, the worst headlines have come from places such as Chechnya and Brunei, where gay and bisexual men face widespread abuse and persecution sanctioned by — or even perpetuated by — their governments ranging from abductions to beatings, torture and even death.

TPG has teamed up with Chase to offer the grand prize of a trip of a lifetime planned by The Points Guy, to anywhere in the world, using up to ONE MILLION Chase Ultimate Rewards points! If you are the lucky winner, Kelly will fly you to New York City for a personal trip-planning session, where you'll brainstorm ideas to personalize and book your dream trip.

The more you donate, the more entries you receive in the contest. Depending on your donation amount, you may also be eligible for exclusive merchandise, including limited-edition sweatshirts and TPG reader event tickets. And if you're feeling really generous — or adventurous — a $50,000 donation could land you a Zero-G flight with Kelly!

If a seven-figure quantity of points is beyond your imagination's limits, you could enlist Kelly's help brainstorming how to book a first-class, around-the-world trip for two people. Flights could include Asiana’s A380 suites from the US to Korea, or Asiana's A380 business class to Bangkok; Thai's 747 first class to Sydney; business class on Air China; first class to Paris by way of Beijing; or Lufthansa first class to the US via Frankfurt. Or, if you'd prefer to bring your loved ones along with you for an extended-family reunion of a lifetime, you could book round-trip tickets in lie-flat first class between the US mainland and Hawaii.

This isn't our first epic giveaway. Last year for his birthday, The Points Guy himself gave away 500,000 points from his personal account to the winner of our first Prizeo campaign. Thanks to the generosity of our readers, TPG's birthday fundraiser resulted in more than $200,000 for Rainbow Railroad and a priceless experience for lucky winner Patrick K. And we've also fundraised for the Make-A-Wish foundation with a giveaway of 1 million United miles.

This year, our lofty goal is to raise $1,000,000 for Rainbow Railroad through this campaign. The sky's the limit, right?

Two years ago, TPG marched at the DC Pride Parade. And this year on June 30, we will be a sponsor of WorldPride NYC! Join LGBTQIA+ movers and shakers, influencers, allies and first-time Pride attendees on our epic, Boeing 747-themed parade float while legendary DJ Lady Bunny spins Pride-filled anthems as we march. It's an experience you won't want to miss — and the only way you can join us is by donating via the Prizeo campaign. A $250 pledge saves you a spot!

So what are you waiting for? It's time to be generous!

You can learn more about Rainbow Railroad's mission and life saving work on this episode of Talking Points with their executive director Kimahli Powell. Powell details how they identify cases, the costs it takes and the challenges that come along the way in helping LGBTQ refugees seek asylum.

Featured image by The Pride Parade in Washington, DC, 2017. (Photo courtesy of The Points Guy)