A comeback for WOW air? Flights could begin next month

Articles
Ben Mutzabaugh is the senior aviation editor and heads TPG’s airline coverage. Ben joined TPG in March 2019 after nearly 19 years at USA Today, where he launched the long-running, industry-leading Today in the Sky blog in 2002.
Follow
Sept. 07, 2019
•
4 min read 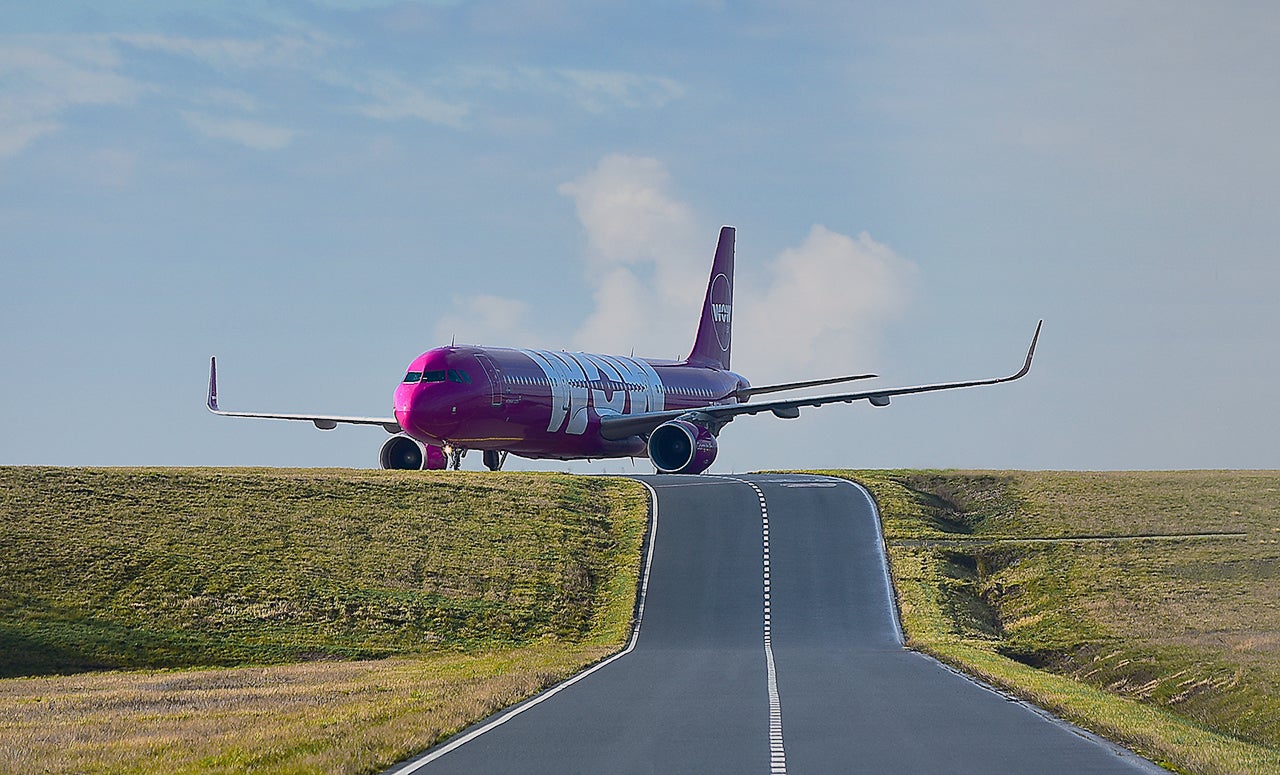 A comeback for WOW air? Flights could begin next month
This post contains references to products from one or more of our advertisers. We may receive compensation when you click on links to those products. Terms apply to the offers listed on this page. For an explanation of our Advertising Policy, visit this page.

Don’t look now, but WOW air is attempting a comeback.

The flashy Icelandic discounter had been known for its purple planes and rock-bottom fares across the Atlantic, but the outfit flamed out in March and abruptly suspended all flights.

The company’s demise followed several years of breakneck growth that then morphed into sudden retreat before operations were halted altogether.

Now, however, eccentric U.S. businesswoman Michele Ballarin appears to have successfully led an effort to acquire WOW’s brand and remaining assets. The move appears to have been first reported in the U.S. by One Mile at A Time.

Ballarin detailed her plans in a Friday press conference in Iceland that has since been posted online. She declined to reveal the deal’s value, but said she and her group have committed $85 million toward the effort.

The resurrected carrier’s first route would be between Washington Dulles and Reykjavik, Iceland’s capital city and home to WOW’s main base during its first go-around.

Flights would begin next month and operate under the previous WOW brand. Ballarin said she did not think WOW’s sudden collapse earlier this year has harmed the company's image, calling WOW “remarkable brand in aviation.”

“I don’t the brand is damaged at all,” she added in her press conference. “I think people miss the ability to go out to Keflavik (airport near Reykjavik) and get on a purple airplane and fly somewhere.”

While WOW initially launched as a no-frills ultra low-cost carrier, Ballarin’s vision for re-launching the airline sounded a bit different. She noted the carrier would focus on perks like food, seeming to suggest the airline might operate more like a full-service carrier.

“Making flying fun again is something that is going to be important to us, not only to enhance the customer’s experience onboard, but to be able to bring better nutrition onboard as well,” she said.

Related: Exciting New Airline Routes for August 2019 and Beyond

Ballarin added her team was working with a Michelin-starred chef for possible menu items. She also said WOW hoped to add lounges for its customers.

“We want to be able to bring a lounge experience to everyone who flies on WOW,” Ballarin said, noting she hoped to build WOW lounges at both Washington Dulles and at Reykjavik’s Keflavik airport.

She said the carrier has secured two aircraft to restart operations, but did not give details.

“I want to start carefully,” she said during the press briefing. “I want to be able to build the network very slowly, and by summer have four aircraft and go out to about 10 or 12 and stop there. The real profitability zone is when you go to 10 or 12 aircraft and just stay there.”

Related: Here’s Which US Airline Cuts More Routes Than Any Other

As for Ballarin, she comes to the WOW effort with a unique background.

Gary Leff, author of the View from The Wing blog, notes a Washington Post article on her once described her as “a trusted confidante of Somali pirates and warlords.”

As for her efforts to launch “WOW 2,” it’s perhaps not surprising that there are skeptics.

Excepting for the winter holidays, the winter schedule is off-peak even in the U.S. So WOW’s move to launch U.S.-Iceland service in October will have WOW 2.0 begin service right as the low season begins.

But, for now, that’s the plan.