60% of Uber riders never tip, but airport riders are among the most generous 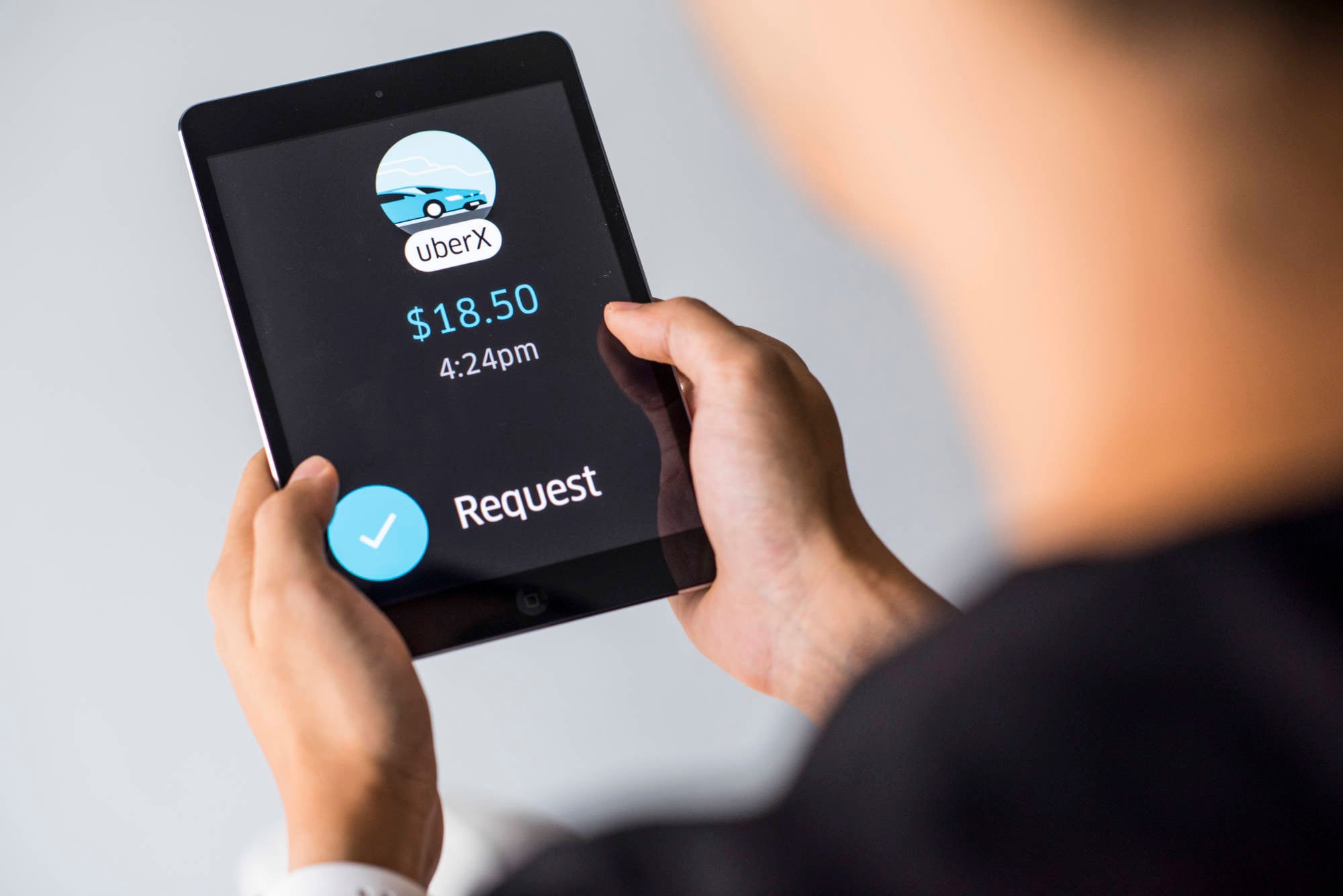 60% of Uber riders never tip, but airport riders are among the most generous
This post contains references to products from one or more of our advertisers. We may receive compensation when you click on links to those products. Terms apply to the offers listed on this page. For an explanation of our Advertising Policy, visit this page.

We added a few words that clarified that cash tips couldn't be counted in the study.

Are you worried that your last Uber driver hates you because you didn't leave a big enough tip?

Well, rest assured: It turns out that the average Uber passenger is a much stingier tipper. And possibly a bit sexist, racist and xenophobic.

A comprehensive study of the details of 40 million Uber rides across the U.S. revealed that, when it comes to tipping their drivers, passengers leave a lot to be desired. Over 60% of the regular passengers the study looked at never tipped at all, and only 1% tipped every time. The remaining 39% only tipped one out of every four rides. All in all, only 16% of Uber rides ended with a trip for the driver. When there was a tip, it averaged $3.11, or 26% of the fare.

Those were the headlining results of a study published by the National Bureau of Economic Research and led by economists Bharat Chandar of Stanford University, Uri Gneezy of the University of California-San Diego, John List of the University of Chicago (and former chief economist at Uber but now an adviser to competitor Lyft) and Ian Muir, head of economics at Lyft — a team that actually helped Uber roll out its tipping function in 2017. Their research looked at everything from the money exchanged via the Uber app to driver and passenger demographics to ride telemetrics, like if a driver was speeding.

"We’re also committed to sharing data with independent researchers to advance the frontier of knowledge," an Uber spokesperson said in an email comment to TPG. "We don’t control or censor their findings. We also use independent research to develop and improve features in the future, and are committed to detecting and mitigating bias. We don’t have any plans to eliminate tipping on Uber."

According to Uber, its drivers and delivery partners on Uber Eats have amassed nearly $2 billion in tips since the feature was introduced in June 2017.

Among the study's findings? Men tip 19% more often than women, and give 23% more money when they tip, but that may be driven in large part by either an outdated sense of chivalry or outright sexism, depending on how you look at it. Much of the reason men average more in given tips is that they tip female drivers about 12% more than they tip male drivers. On average, women get about 5 cents more per trip than their male counterparts do, which jibes with studies on other service industries, like waiting tables, where female servers have been found to make more in tips than men.

Figuring out whether there's a racial or cultural bias in Uber tipping was harder to calculate, as Uber doesn't require drivers or users to fill that kind of data out when they sign up. But the researchers cross-referenced drivers' ZIP codes with government census data and found that drivers who came from Latino or black neighborhoods get tipped less, as did those from lower-income neighborhoods. (Passengers from these neighborhoods tend to tip less, too.) Weirdly, tips were lowest when the drivers or passengers were from either the least- or most-educated neighborhoods.

And it's hard to deny that there seems to be a bias against foreign-language speakers — though the researchers cautioned that, though they had a trove of hard data, it was impossible for them to know what kind of interactions (like, say, communication difficulties or tips paid in cash and not via the app) went on inside a vehicle. Still, when drivers' primary language on the app is anything other than English, their tips fall dramatically — by 30%.

Other findings were less controversial: Passengers with five-star ratings tip twice as often and 14% more than riders with 4.75 stars; drivers who didn't get to the meeting point on time got lower tips; and drivers who exceed the speed limit, accelerate too fast or brake too hard shouldn't expect much of a bonus, either.

Place and time make a difference, too. Rides in the middle of the country and not in big cities average bigger tips. Tips are biggest ($3.70 on average) and most likely (17% of the time) between 3 a.m. and 5 a.m., but are lowest around midnight ($3 and 14%). Fridays and Saturdays around 6 p.m. are also prime time for big tips.

And AvGeeks have reason to rejoice, since the researchers discovered that rides to and from the airport tended to be among the highest -- though that might have been because those trips tend to be disproportionately during the peak tipping times and are often buttressed with a business-related expense account.

The study's authors said they were optimistic their study was only the beginning of the conversation.

"Our nationwide tipping experiment provides an apples-to-apples comparison of demographic factors believed to affect tipping and social preferences but that have been difficult to test side by side across many observations," they wrote. "We hope that our findings will generate future research that will advance the understanding of tipping through models and testable predictions."