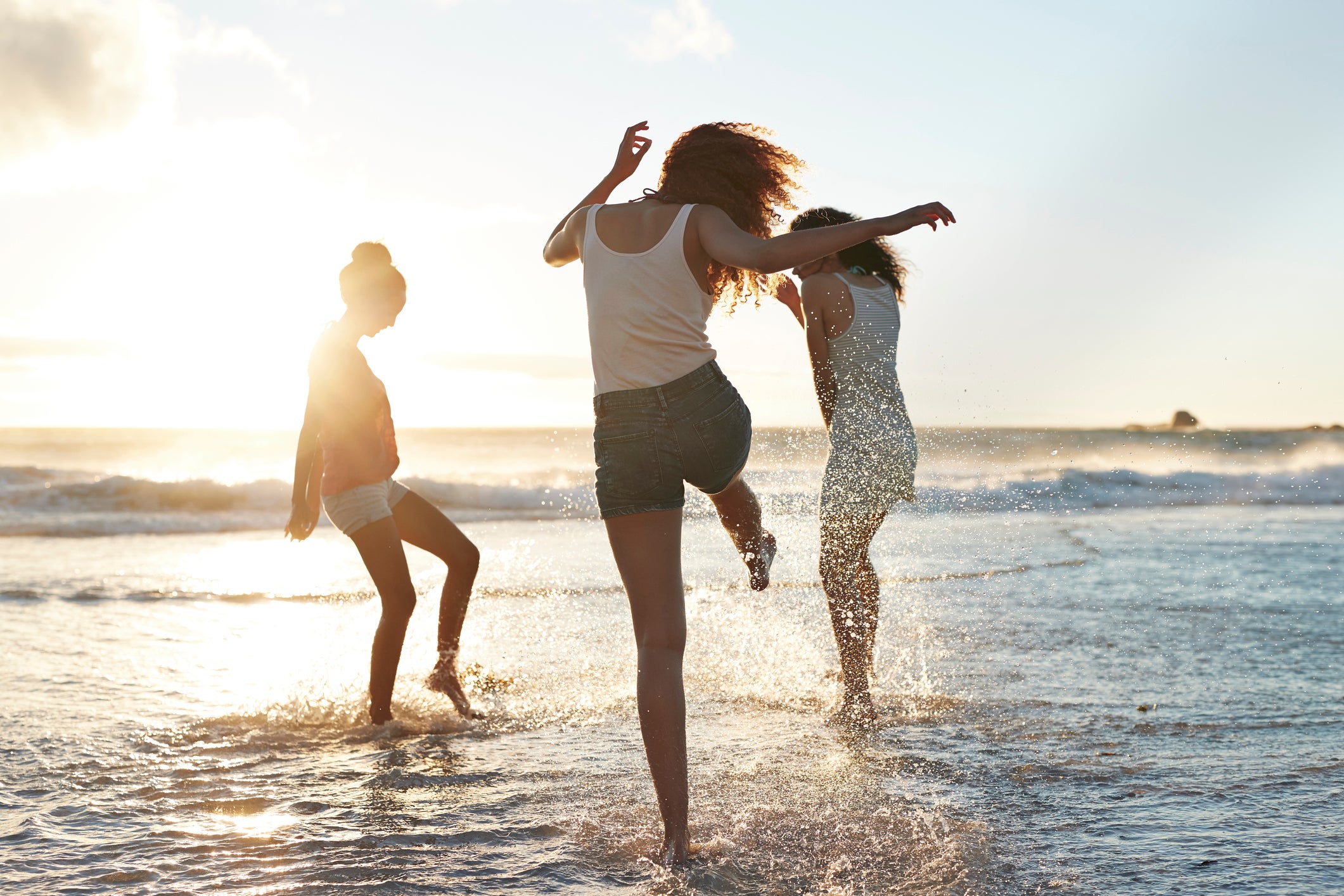 It doesn’t take much more than spending a week at the beach, a day in the mountains, or a weekend anywhere there isn’t home to realize that getting away from it all can be a very good thing — for your mind, body and soul. For decades, researchers have dedicated plenty of time and energy to dig into the science of travel to determine the many proven health benefits that come with hitting the road or the open skies. Here are five of them.

Ok, so this one might sound obvious: travel can be a great antidote to stress. But dig into the actual science of this one, and things really get interesting. In 2015, a team of scientists at Finland’s University of Tampere determined that if you truly want to maximize the stress-reducing benefits of a vacation, the best way to do that is to take exactly eight days off.

Dr. Jessica de Bloom, one of the study’s authors, told The Wall Street Journal that “health and well-being increase quite rapidly” when one takes some time away work, often within just two days. But their 2015 study found that “eight days is the ideal to fully gain the benefits of a holiday.”

Working stiffs seemed to agree. “Eight days. Seems about right,” human resources pro Tim Sackett wrote on his blog, commenting on the study. “You take off on a Friday after work, maybe sneak out a little early. You then have Saturday, [Sunday], Monday, Tuesday, Wednesday, Thursday, Friday, Saturday, and Sunday.” Just something to keep in mind the next time you submit a vacation request.

2. It Boosts Your Immune System

Much like stress, taking a timeout from your everyday life has been shown to have a positive impact on a traveler’s immune system. In 2016, a group of scientists from the Icahn School of Medicine at Mount Sinai, the University of California, San Francisco and Harvard Medical School launched a study to compare the health benefits of meditation versus traveling. They recruited nearly 100 women to spend six days at a resort in California, half of whom took part in regular meditation sessions during their stay while the other half just enjoyed the whole “being on vacation” thing. The study concluded that all participants — both those who meditated and those who did not — “had significant changes in molecular network patterns after the week at the resort, with a clear signature distinguishing baseline from post-vacation biology. The most notable changes in gene activity were related to stress response and immune function.” And it’s a feeling that stays with you.

While most of the women who took part in the study were feeling the positive effects of the getaway up to a month later, the ones who meditated (and were new to the activity) in the group were feeling them most strongly.

“The novice meditators had fewer symptoms of depression and less stress much longer than the non-meditating vacationers,” according to the research report. “The psychological effects appear to be enduring and it is unknown how much of this longer lasting benefit may be due to continued practice or lasting changes in how people view events in their lives.”

3. It's Good for Your Heart

As if reduced stress levels and a stronger immune system weren’t enough, numerous studies — including the ongoing Framingham Heart Study, which began analyzing the impact certain human behaviors have on cardiovascular disease back in 1948 — have found positive correlations between vacation time and heart disease. Namely: people who take regular vacations tend to live longer, healthier lives.

According to Psychology Today, results from the study show that “men who skipped vacation for several years were 30 percent more likely to suffer heart attacks than those who took a vacation at least one week a year.” As for women: The New York Times, reporting on the same study, concluded that women who only took a vacation every six years or less were nearly eight times more likely to develop heart disease or have a heart attack then women who vacationed at least twice a year.

4. It Improves Your Creativity

If you think your best ideas come to you while you’re in the shower, try taking a shower on the other side of the world. Columbia Business School professor Adam Galinsky has made a career out of studying the links between creativity and international travel. “Foreign experiences increase both cognitive flexibility and depth and integrativeness of thought, the ability to make deep connections between disparate forms,” Galinsky told The Atlantic, though he made it clear that there's a difference between people who simply travel abroad and those who immerse themselves in the local culture.

“The key, critical process is multicultural engagement, immersion, and adaptation,” Galinsky explained of how to maximize the health benefits of time spent abroad. “Someone who lives abroad and doesn’t engage with the local culture will likely get less of a creative boost than someone who travels abroad and really engages in the local environment.” And the kind of engagement he’s talking about goes beyond throwing back a few pints of Guinness in Dublin or indulging in afternoon tea in London.

In 2015, Galinsky and a team of researchers analyzed the history of the creative directors behind 270 designer fashion houses and found that, “moderate levels of breadth and cultural distance were associated with the highest levels of creative innovations, whereas depth showed a decreasing positive effect that never turned negative.” Right-brainers: take note.

5. It Can Give Your Sex Life a Boost

In 2016, Expedia conducted a massive study — more than 31 million people who had traveled within the year took part — and found a range of positive side effects that came with travel. Among them: feeling happier and more relaxed, losing weight, having more energy, feeling closer to friends and family, experiencing a confidence boost and (surprise!) an increased sex drive. Six percent of respondents reported feeling more libidinous while traveling, and while that percentage may not seem like a huge number, when you consider the size of the study, that works out to about 1.86 million people.

According to Dr. Linda Papadopoulos, a psychologist who worked with Expedia to analyze the study’s results, all of these positive effects have a tendency to feed into one another. “One of the best things about holidays is that by coming out of your routine you don't have to worry about ‘must dos’ and can have new experiences on your terms,” she said. “You're free to do as much or a little as you like, which in turn makes you feel more relaxed. This can help reduce the levels of the stress hormone cortisol, which when significantly elevated in the body can have a negative impact on organs such as the skin. As stress and anxiety decreases, mood increases — bringing many, often unexpected, positive benefits in how we perceive ourselves, motivation and productivity, and our general outlook on life.” And, apparently, more sex.