Why Le Méridien is my Marriott Bonvoy sweet spot

Articles
Dia Adams contributes to TPG Family, writes The Deal Mommy, and is the mom of a teen and a tween. Her passion lies in teaching families how to travel more while keeping their savings and sanity.
Follow
Dec. 15, 2019
•
6 min read 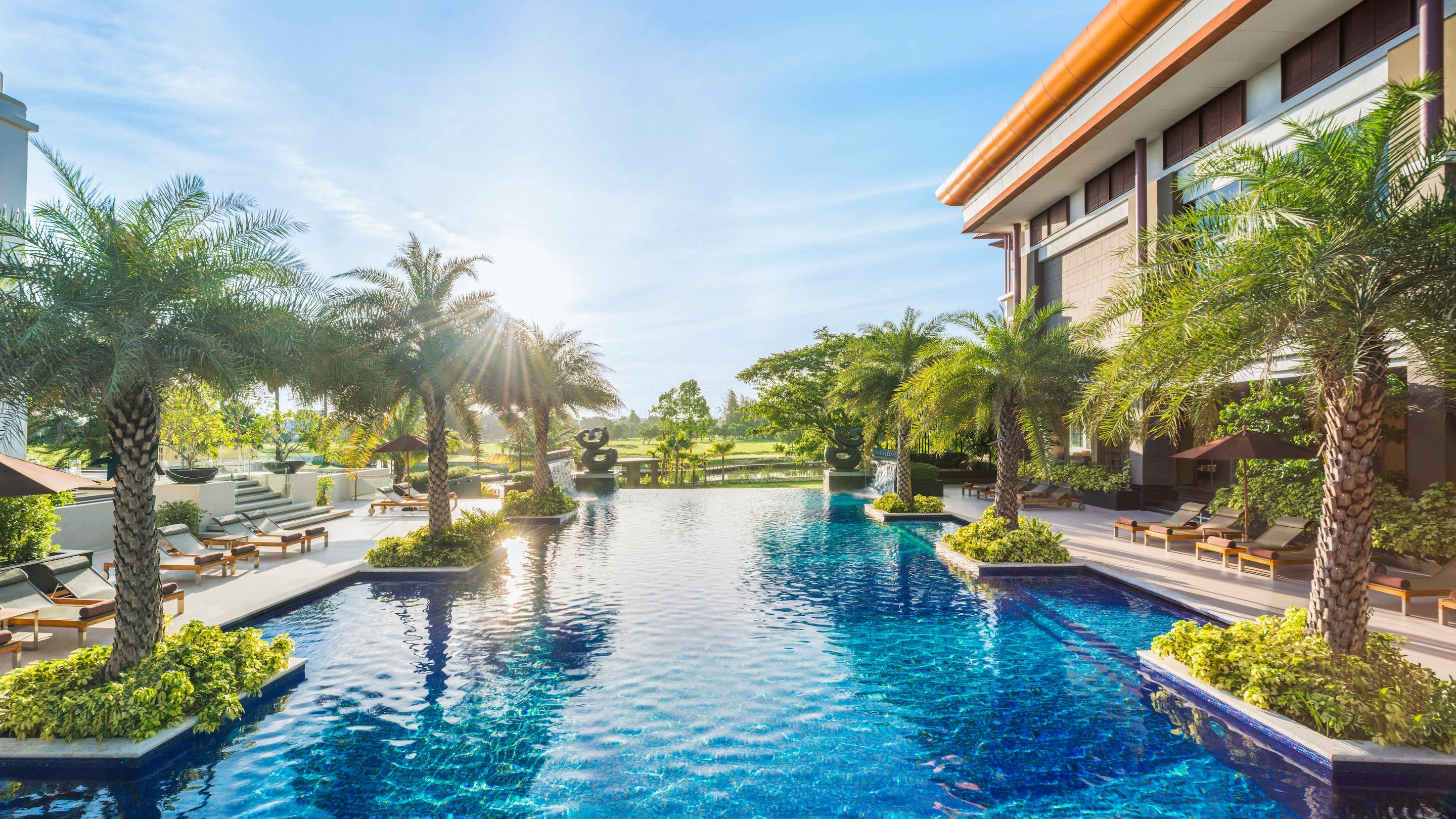 Finding my Marriott sweet spot from among the chain's 30 brands came with experience. I have learned that once I hit a certain level of luxury, the extras don't really matter to me -- which is why I tend to choose Le Méridien over other Bonvoy brands when I can. Le Méridien hotels are classified as "premium" -- right in the middle between Marriott's "luxury" and "select" categories. My sweet spot is in the middle.

What is Le Méridien?

Air France created Le Méridien, which opened its first hotel in Paris in 1972. The brand has grown to more than 100 properties in 35 countries. Le Méridien hotels kept their European feel and mid-century-modern aesthetic after acquisition by Starwood in 2005 and later by Marriott.

Le Méridien hotels are located mostly in Asia, the United States and Europe. The North American properties are in urban areas, while the global properties are in city hotspots and resort locations. Le Méridien occupies the space in between Marriott/Sheraton and The Ritz-Carlton/St. Regis, which aligns nicely with my travel style.

Le Méridien is less expensive than The Ritz-Carlton and St. Regis

I've come to learn something about myself: I don't appreciate the difference between four- and five-star hotels. I'm happy if a hotel has a club with good food and liquor, comfortable beds with high-thread-count sheets and firm pillows, high-end toiletries, lovely public areas and spot-on service. During my last Le Méridien stay in Shanghai, the club featured both a gorgeous skyline and a quite serviceable 15-year-old scotch to sip while I enjoyed the view.

So things like butler service, while I'm sure they're nice, just aren't that important to me. If anything, The Ritz-Carlton and St. Regis offer fewer of the things, like club access for elite members, that I do care about. Le Méridien hotels offer the bells and whistles I enjoy without the ones which I don't really use and at a cost I'm willing to pay. The Le Royal Méridien in Shanghai is a Category 4, which made it a bargain compared to The Ritz-Carlton and St. Regis, and the JW Marriott as well.

Le Méridien is more distinctive than Marriott and Sheraton

Marriott categorizes its hotels as "luxury," "premium" and "select." Le Méridien falls into the "premium" category along with Marriott and Sheraton. Le Méridien's price point is usually comparable to the namesake Marriott brand.

However, the Le Méridien experience has a je ne sais quoi left over from its European provenance. For instance, the elite welcome amenity at Le Royal Méridien Shanghai was a set of custom-made magnets that make a lovely addition to our collection. That's not something I'd expect to see at your run-of the-mill Marriott or Sheraton.

I realized the same thing The Points Guy himself did on my last W stay: I've outgrown the quirky brand. I don't want my room to be "marvelous," as my last room at the W Fort Lauderdale was described. Although it was lovely, I think "marvelous" (or "wonderful" or "fabulous" or "wow" as other room types are named) is a big adjective for most hotel rooms.

My husband's room at the Mexico City W featured a hammock in the shower. Has anyone ever actually used a shower hammock? It just seemed, well, weird to me. And don't get me started about the bunk-bed rooms for grown-ups that Mommy Points found at the W in Aspen.

In the same vein, I know I'm going to get wet at the pool. There's no need to call it "Wet." Le Méridien offers me an escape from the cookie-cutter Marriotts and Sheratons of the world without taking me down a rabbit hole of thumping bass music in the lobby and adjectives serving as nouns.

There are a variety of Marriott cobranded credit cards offering generous welcome bonuses:

You can also transfer Chase Ultimate Rewards points to your Marriott Bonvoy account on a 1:1 basis.

Le Méridien is the Marriott sweet spot for me. If I'm in a location where it's an option, you'll find me enjoying my stay at the Marriott brand that isn't too expensive, too generic or too weird. Are you a Le Méridien fan? Please share your experiences in the comments.

For rates and fees of the Bonvoy Brilliant, please click here.

Featured image by Le Meridien Bangkok Golf Resort, Bangkok. Photo via Le Meridien
Editorial disclaimer: Opinions expressed here are the author’s alone, not those of any bank, credit card issuer, airline or hotel chain, and have not been reviewed, approved or otherwise endorsed by any of these entities.