Why You Don't Travel Into a Hurricane Zone

Articles
Summer Hull , aka Mommy Points, ran the Mommy Points site for families who want to travel more for less using miles and points for seven years. She now heads up a variety of special projects at TPG when she isn't exploring the world with her own two girls.
Follow
Aug. 29, 2019
•
8 min read 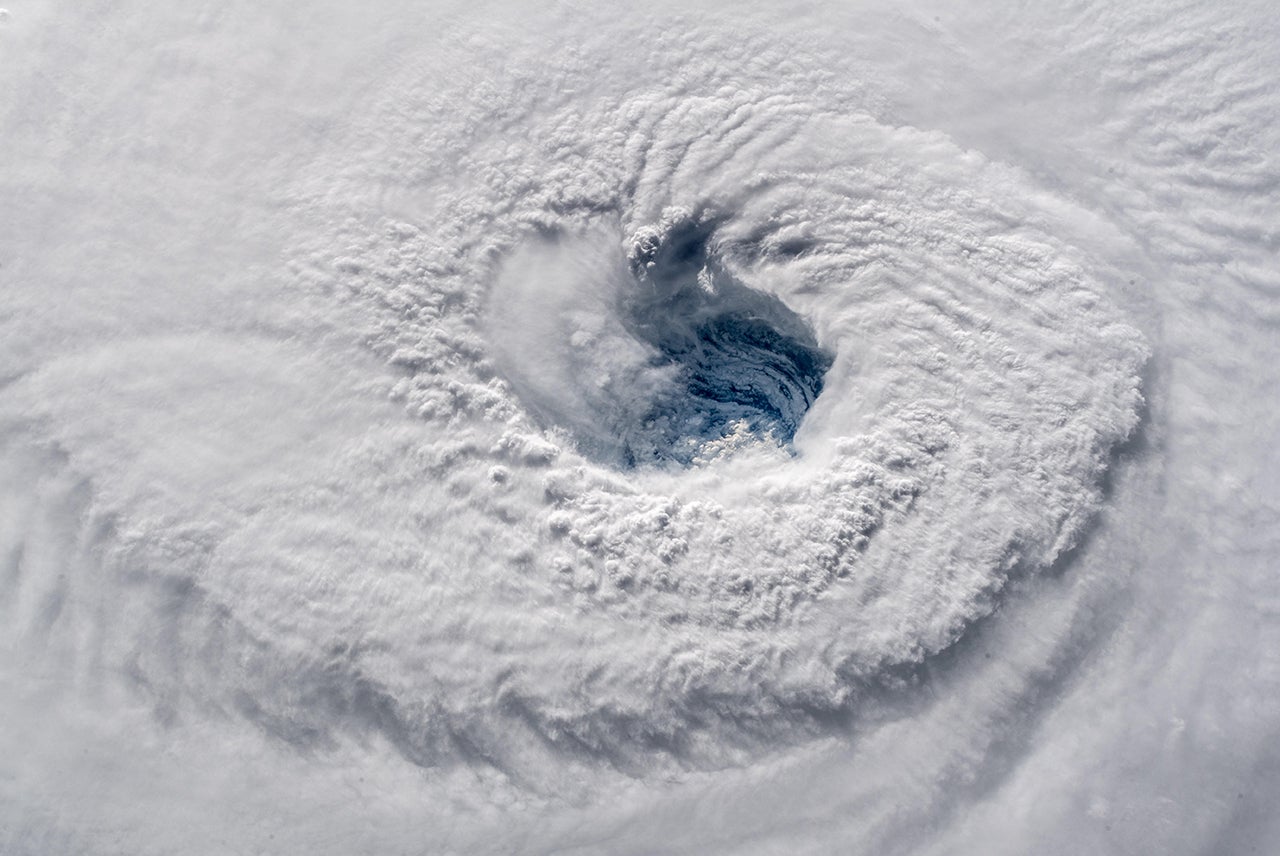 It's that time of year again. There are cones of uncertainty, European models, ever-changing spaghetti-looking projections and very serious storms. We are entering peak hurricane season, and Mother Nature likes to remind us who is really in charge.

This time, it's Hurricane Dorian who has shook up the projections and gone from a tropical storm to a potentially serious hurricane in a short amount of time. I'm going to assume those who live in hurricane zones know what to do to prepare, but if not, NOAA's National Hurricane Center has a great Hurricane Preparedness page to get you going.

However, if you live outside of a typical hurricane zone, it can be very easy to not fully grasp the seriousness or exact timing of these storms. In part, that is because that information can change quickly, but also because hurricanes mean one thing if you have lived through a bad one and another if you haven't.

As someone who has lived through more than one hurricane -- you do not want to travel into a storm. That sounds obvious, but otherwise intelligent and experienced travelers do it all the time.

Here's why you shouldn't even consider it.

In 2017, my family lived through Hurricane Harvey just outside of Houston. The day before Hurricane Harvey hit, it was a Category 1 storm. That's obviously not good news, but the coast is largely designed to withstand a Category 1 storm. Certainly those an hour or more inland from the coast (as we are), shouldn't be devastated by a Category 1 storm outside of a stroke of really bad luck. But then Harvey quickly became a Category 4 storm and made landfall not once, but three times. That wasn't even the worst of it -- Harvey lived on in some fashion for a week, and parts of Texas, such as where we live north of Houston, received close to 50 inches of rain in a short period of time.

The flooding was deadly and catastrophic. What was a Category 1 storm that originally hit another part of the state, became 50 inches of rain that caused 13,000+ people to need rescue, 30,000+ to be displaced, dozens of people to die and hundreds of thousands to be without power and temporarily cutoff from major thoroughfares. All of this happened in my community from a storm that made landfall many miles away and was projected to be a Category 1. It was easy to not take that scenario seriously, but doing so would have very bad consequences.

You Can Get In, But You Might Not Get Out

From a travel perspective, we were scheduled to fly out of Houston for an anniversary getaway the day before Harvey made landfall. My husband's parents had arrived from Kansas to watch our girls during our trip a day or two earlier. They made the trip when Harvey looked like it should be more nuisance than disaster, but looking back, having them come was a bad call. By the time we were close to departure for our trip, it was clear we weren't going to risk leaving and not being able to get back to Texas. If we were erring, it was going to be on the side of caution to be home to protect our house and girls -- but even then we had no clue how bad it would really be.

When a hurricane hits, it doesn't all end when the winds die down. In fact, that's when it can start to get worse. The power outages, flooding, flight cancellations and related backlog of stranded passengers can combine to create a very serious mess that isn't fixed overnight. Hurricane Harvey canceled more than 11,000 flights. That easily means hundreds of thousands of impacted passengers.

In fact, when Harvey hit the Houston area, the two Houston airports (HOU and IAH) were 100% closed from 12pm on Aug. 27 until 4pm on Aug. 30 -- save for five extraordinary rescue flights by Southwest. During that time, no one was getting in or out, and even when they began to ramp up operations, many flights were still being canceled. This included my in-laws' flight back home that was canceled more times than I can remember. By the time they actually got out by air, they were mere hours from getting a one-way rental car to just drive the heck out of here.

They had been stuck with us for days in a house that now had a collapsed ceiling from all of the rain. There was stuff everywhere trying to save what we could, lots of people, nowhere to go, no school and, for a while, no end in sight. In fact, that water-slogged ceiling virtually collapsed on grandma in the middle of the night. Even still, we were the lucky ones as others in our town had raging water go through their second stories. Again, remember, this was all from a storm that wasn't supposed to be a huge deal.

If you are stuck in a hotel as a visitor to a hurricane-hit area, you are then using up a room that may be needed for folks evacuating from the storm. Needless to say, my in-laws didn't come back to visit again for a year after this -- I wouldn't have either.

Shift Travel Plans Away From the Storm

As our story points out, you can probably weather the storm fine in a sturdy location, but can then easily end up trapped for days. You also don't want to connect through a hurricane zone too close to anticipated impact because those flights may be canceled.

Hurricane Dorian is still days away from landfall on the mainland, but current projections show that it might hit smack in the middle of Florida. Let's say you were at Disney World -- odds are, you'll physically be fine if you follow safety instructions. But, odds are also high you'll be stuck inside the hotel eating whatever hurricane provisions they have instead of heading to the new Galaxy's Edge, enjoying your coveted 'Ohana dinner reservation and using up your Mine Train FastPass. The Disney World parks were closed for multiple days when Hurricane Irma hit Florida in 2017.

I'm not telling you to cancel much-awaited plans preemptively, but watch carefully and come up with a Plan B. (And yes, Disney World does have a hurricane policy.) To help with the costs associated with changing plans, airlines basically all have weather waivers in place at this point and you can potentially turn to your credit card for help, too. Keep an eye on those waivers as they mostly have included island destinations thus far, but some airlines have started to now include Florida.

Sometimes storms downgrade or shift directions at the last minute and your change of travel plans may have been for naught, but I'd rather be high and dry in that scenario than stuck somewhere with no power, a collapsed ceiling and widespread flooding -- or worse.

If you have any travel that could even potentially be impacted by a hurricane, keep a very close eye on the forecasts, don't get fixated on the category of the storm as that relates to wind, not rain, watch for airline weather waivers and, ultimately, do what you can to avoid traveling into a hurricane zone unless you are going to help and are ready to stay put for a number of days.

Featured image by A high-definition video camera outside the space station captured stark and sobering views of Hurricane Florence, a Category 4 storm. The video was taken on Tuesday as Florence churned across the Atlantic in a west-northwesterly direction with winds of 130 miles per hour. The National Hurricane Center forecasts additional strengthening for Florence before it reaches the coastline of North Carolina and South Carolina early Friday, Sept. 14. Get the latest NASA information on the hurricane. Image Credit: ESA/NASA–A. Gerst