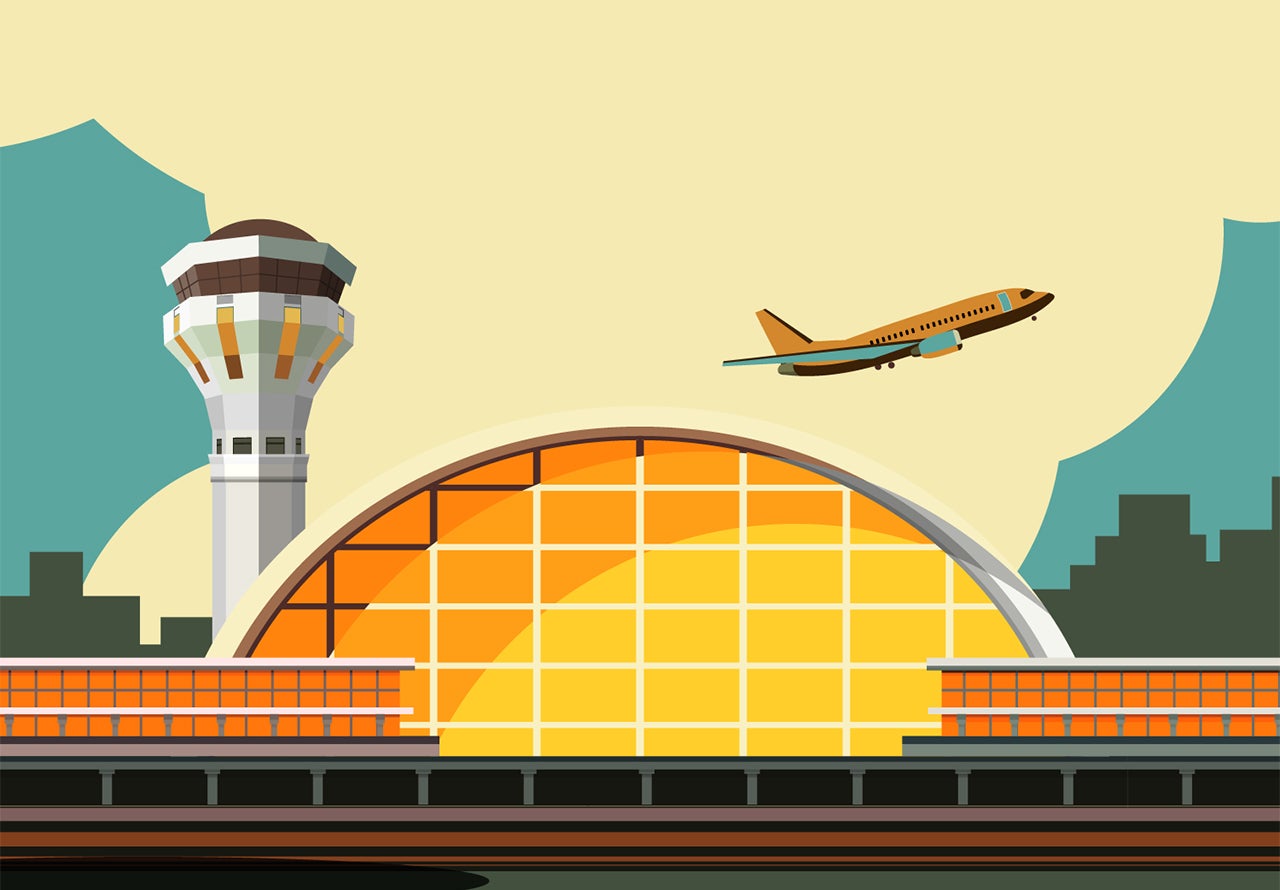 We may not 'fess up among friends, but we've all done it: helped ourselves to something we suspect is supposed to stay on the plane, whether it was a magazine, a pair of headphones, a pillow or even airline-branded silverware.

But when are we overstepping our bounds as paying passengers? What's the line between freebie and felony?

From a legal standpoint, that line isn't hard to find: It's all stealing, at least in theory.

"It's theft," Miami criminal defense attorney Jeff Weiner, former president of the National Association of Criminal Defense Lawyers, told TPG. "Those are not items for you to keep. If you're taking blankets and pillows, that's theft. It's not even a legal issue, it's common sense."

In real life, however, the line gets a little fuzzier.

When you buy something on a plane, of course, that's yours to keep. Examples include overpriced earbuds on Norwegian and those little bottles of alcohol you get for drink-service cocktails.

"If you order alcohol and they give it to you in those tiny bottles, then you can take them," Weiner said. "The only thing I've ever taken off a plane was a little miniature bottle of booze. I will take that, but that's keeping in mind that I paid for it.

There are other parts of service on an airplane that are either implicitly or explicitly yours to do with as you will: If your international flight comes with a complimentary meal service, for example, no one's going to bat an eye if you decide you want to pocket your bread roll to munch on in the cab to your business meeting. The same goes for the amenity kits you get on long-haul flights.

And that in-flight magazine? There's usually a paragraph in it somewhere that doesn't just allow but encourages passengers to take it with them after they land, giving the airline free advertising wherever you go next and saving the crew the trouble of having to toss the old ones so the next traveler in your seat can do the crossword, too.

But there are limits. While you may have paid for your vegetable lasagne, you can't expect to walk off the jet bridge with the fork and safely dull knife the airline lent you to eat it with.

And while it's generally understood that you can go home with your first-class airline pajamas — after all, no one's going to use them after you've already put them on — it's also understood that flight attendants will probably reuse the pillow and blanket for guests on the next flight (after a shake and a fluff, of course). In some cases, the airline even spells it out for you: Want to keep using those cheap, ear-canal-scratching, coach-class earbuds? Knock yourself out. But FAs will repeatedly remind you that they'll be collecting those $300 noise-canceling Sennheiser headphones before tires touch tarmac.

Still, Weiner points out, there's a big distinction between breaking a law and whether you'll ever go to jail for it. And, in this case, he said he can't imagine a realistic scenario in which your life of crime ends behind bars because of something you swipe from a plane.

Theft from a plane could be treated as both a federal or a local crime — a plane is considered in federal jurisdiction from the moment the doors close till they reopen, and a passenger is beholden to the local laws when he or she hits the ground — but prosecutors, who usually have the final say on what cases they pursue, have little incentive to go to the trouble of trying to convict low-level snatchers of airplane paraphernalia.

"It's petty theft, and I can't think of anything that you get on an airplane that would rise to the level of grand larceny or grand theft," Weiner said. "Unless they're filling your pockets with knives and forks, good luck getting a prosecutor to go after someone. Federal prosecutors regularly turn down cases involving $50,000, $100,000 — they wouldn't touch this. And the airline could do without the negative publicity and will chalk it up to the cost of doing business."

Of course, just because you won't go to jail for something doesn't mean you should do it, etiquette expert Diane Gottsman, author of "Modern Etiquette for a Better Life" and founder of The Protocol School of Texas, told TPG.

"If you were going to someone's home, you wouldn't pick up and leave with a plate or a linen cocktail napkin," she said. "It's like taking a towel from a hotel room: If you feel you have to sneak it out, it's probably not something they'd be happy with you taking. Whether it's a hotel room or a living room or a plane, it's never acceptable to take anything out the door that doesn't belong to us."

Again, though, there are degrees of what's rude to take, and everything requires context.

"Taking a packet of something is less a egregious than something decorative on the flight, like a wine glass or salt and pepper shakers that aren't disposable," she said.

Gottsman said she once had a conversation with a person who had recently flown with her dog in first class.

"There was a little ceramic bowl the fruit came in, and she said, 'I realized I didn't pack a water bowl for the dog, so I took it with me,'" Gottsman recalled. "That's a no: Bringing a bowl for [her] dog was [her] responsibility. You don't get any special privileges to take things because you're in first class."

On the other hand, she said it would be perfectly reasonable to take an airplane blanket if you really needed it — and if you ask a flight attendant first.

"If my son came down with a fever on the flight and I asked if it's accessible to use the blanket to keep him bundled up after we left, that's different, and there's emotion and honesty in it," she said. "The flight attendant will probably say, 'By all means.'"

Right or wrong, a number of readers admitted in the TPG Lounge that they regularly snatch stuff from airplanes.

"[With] the way airlines treat us? Anything that's not bolted down," one TPG reader said, is appropriate to take from planes.

Many readers admitted to absconding with especially cozy airline blankets and duvets (Icelandair blankets, apparently, are quite coveted), though it seems the individual airline policies — or the flight attendants — have a lot to do with how comfortable people feel taking things from airplanes.

United specifically sells Polaris duvets and pillow, and has signage saying they're not up for grabs. But an Etihad flyer said that airline doesn't label its business-class duvets with "Property of Etihad" tags or sell them separately — so she wasn't too concerned when she "snuck out" with the blanket.

And Cal N. said he's taken Virgin Atlantic salt and pepper shakers — but that he got the thumbs-up to do so first from the airline on Twitter.

What you should do

But, at the same time, just because it's not right doesn't mean you need to raise a hullabaloo when you see another passenger swiping something from the plane — within the boundaries of common sense.

"I don't know that the flight attendant is going for after someone for taking a pillow," she said. "But if someone's taking a life jacket or first-aid kit or something that's there for our safety and security, then tell someone."

And yeah, it does happen. One TPG Lounge member admitted to deplaning with a Southwest life jacket as a souvenir.

"It is an extremely bad idea, taking the life vests ...." another reader responded. "Imagine if that plane went down ... and the missing life vest was not replaced. Someone would be out of luck."

So don't be shy about speaking up in these situations. Even if the flight attendant doesn't actively chase down the traveler in question, he or she will at least know for certain that something important has been taken, and needs to be replaced.

Related stories
Legislation that could gut credit card rewards set to move through Congress
Would you stay at 1 of these 8 haunted hotels this Halloween?
Southwest winter flash sale: Get one-way flights for as low as $29
You can currently buy points and miles with up to a 100% bonus — but should you?
Featured image by Illustration by Shutterstock.ocm