Where you can save time using Clear outside of the airport

Articles
Katherine Fan is a former senior travel features reporter at The Points Guy who covered everything from personal finance to travel and aviation.
Oct. 18, 2019
•
11 min read 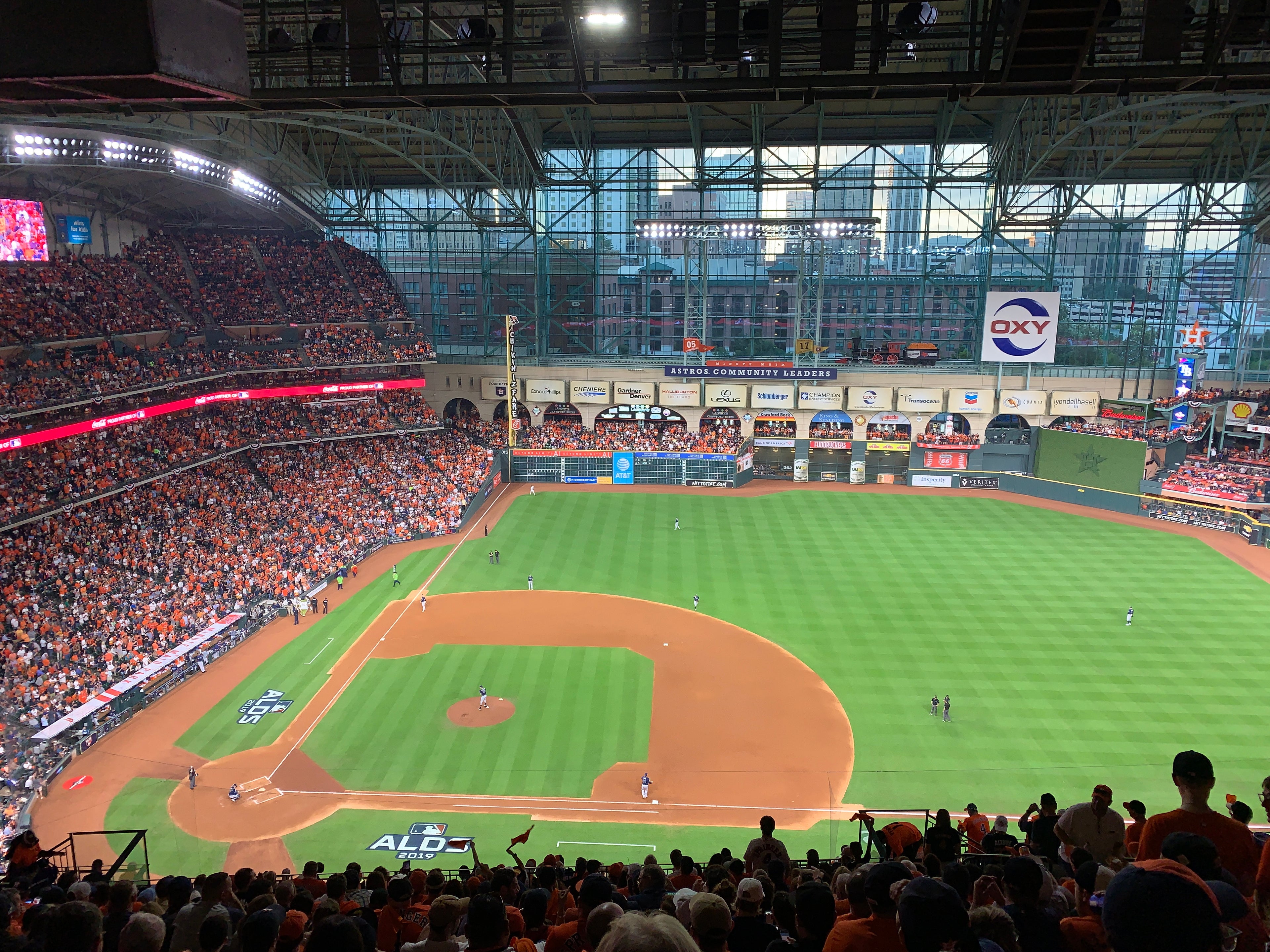 "I'm so glad I get to spend lots of extra time waiting in line," said no one ever.

Time is money, and Clear offers its members, well, a clear way to save time both in and outside of the airport. This expedited security program is one of our favorite tools for breezing through airport security in a flash — often even faster than travelers flying through using just TSA PreCheck. And you can even use it when you're collecting your rental car with Hertz Fast Lane at some Hertz rental car airport locations.

But this isn't only an airport tool, as registered Clear members can utilize their fast-lane privileges outside of the travel space as well.

These days, stadiums and event centers have increasingly strict rules and regulations to keep the general public safe. Security requirements evolve each year, such as limiting visitors to see-through bags and totes under a certain size or banning outside food, beverages and cameras with detachable lenses. As such, many major sporting events now caution attendees to budget extra time for admission to allow for bag and security checks as well as ticket scanning, not unlike what you might experience at, well, the airport.

Here's where Clear helps: People with profiles in the Clear database get to enjoy the same expedited screenings at select stadiums as they do in the airport. In fact, TPG's own Scott Mayerowitz reported that Clear recently saved him 20 minutes when heading to a Yankees game in New York City. That's 20 extra minutes for peanuts and Cracker Jacks, which sounds way better than just standing around waiting to get in the field. Clear even offers a free version of membership that is limited to stadium use only — perfect for regular sports fans who don't travel often.

To learn the A to Z's about getting and using Clear, head to our comprehensive guide to Clear expedited security.

Whether you want to catch a ball game or watch a major live music performance, these are the best places to use Clear right now to save you time when you're out living life instead of just transiting through an airport.

Related: Everything you need to know about Clear on Talking Points

Caryn Seidman-Becker, the CEO and co-founder of Clear, joined Talking Points to talk about the importance of biometrics, the future of the company and security.

The Eyes of Texas are upon you, but those of your fellow spectators don't have to be. Considering this stadium has capacity for more than 100,000 Longhorns at a time, you'll want to take full advantage of every fast lane you can.

At this location, Clear members are allowed one guest over the age of 18, and unlimited guests under 18. Students who hold "The Big Ticket" admission tickets must enter the stadium via Gate 31 and, sadly, cannot utilize Clear.

Everything's bigger in Texas, including the commutes between the city proper and its suburbs. Fortunately, you can make up some of the time you lost driving out to Arlington when you hop in the Clear entry line. You'll find it at the First Base Gate.

If you get to the game early, go through Gate C, on the south side of the stadium at the intersection of 21st and Blake Streets, for Clear lane access up to 1.5 hours before game time. Enrollment is available 2.5 hours before the game begins.

Meanwhile, the Clear lane at Gate D opens 40 minutes before game time, in the southwest corner of the stadium at the intersections of 20th and Blake Streets.

Gate A at the intersection of Witherell and Montcalm is your ticket to fast-track action. You'll find Clear access lanes open here 1.5 hours before game time, with enrollment available 2.5 hours beforehand. As always, Clear ticketing is available for registered members who access their tickets through the MLB Ballpark app.

Get right to the action by accessing the Clear lanes located at the Home Plate entrance. Lanes open 2.5 hours before game time, while enrollment is available 3.5 hours before the first pitch.

Don't want to miss a minute of the Lakers? You'll definitely want to sign up for Clear here if you don't already have a membership. The Figueroa Street entrance is your destination, and Clear lines open 1.5 hours before event start time, and enrollment is available up to 2.5 hours before start time.

Gate 34 is your lucky number for quick entrance to the Target Field stadium. Clear lanes open 2.5 hours before game time, and 3.5 hours ahead of game time for program enrollment.

Clear will get you through three airports in the New York City area: LaGuardia, New York-JFK and Westchester, with Newark (EWR) to follow very soon. But the skies aren't your only option for an accelerated experience in this notoriously fast-paced city.

Citi Field also boasts a number of Clear lanes to fast-track you to the Mets game. The two entrances both open two hours before game time, with enrollment available beginning 2.5 hours before game time. They are located at the Jackie Robinson Rotunda at the Citi Field front entrance, and the Seaver Gate next to Will Call. You will also be able to use CLEAR for the concession lanes behind Section 130, and your face and fingerprints suffice for ticketing via the MLB Ballpark app.

This iconic Manhattan venue can get extremely crowded during busy events, but you don't have to rush: There's a Clear lane set up at the 7th Avenue south entrance, which opens one hour before an event begins.

Yankee Stadium has two Clear entrances and one enrollment location. The entrances both open 2.5 hours before game time, and are located at Babe Ruth Plaza on East 161th Street and the Jim Beam Suites Entrance. You can sign up for Clear at Gate 6 near the Hard Rock Cafe.

Take me to the ballgame just a little bit more quickly with Clear: The expedited lane is located by the Third Base Gate on South Capitol Street SE. Clear Lanes open 2.5 hours prior to first pitch time, while Clear enrollment will open three hours before first pitch.

At TPG, we like to use the same tools that make travel easier to make life easier, and Clear falls squarely in that category. So, the next time you head to a concert, ball game or another big event, check and see if Clear might help you get through the gates and into the action much faster. And with code TPG2M, you can get a free, two month trial — or read our guide for information on other ways to get a discounted Clear membership.