The unwritten rules of flying in the middle seat

Articles
Summer Hull , aka Mommy Points, ran the Mommy Points site for families who want to travel more for less using miles and points for seven years. She now heads up a variety of special projects at TPG when she isn't exploring the world with her own two girls.
Follow
Sept. 24, 2019
•
6 min read 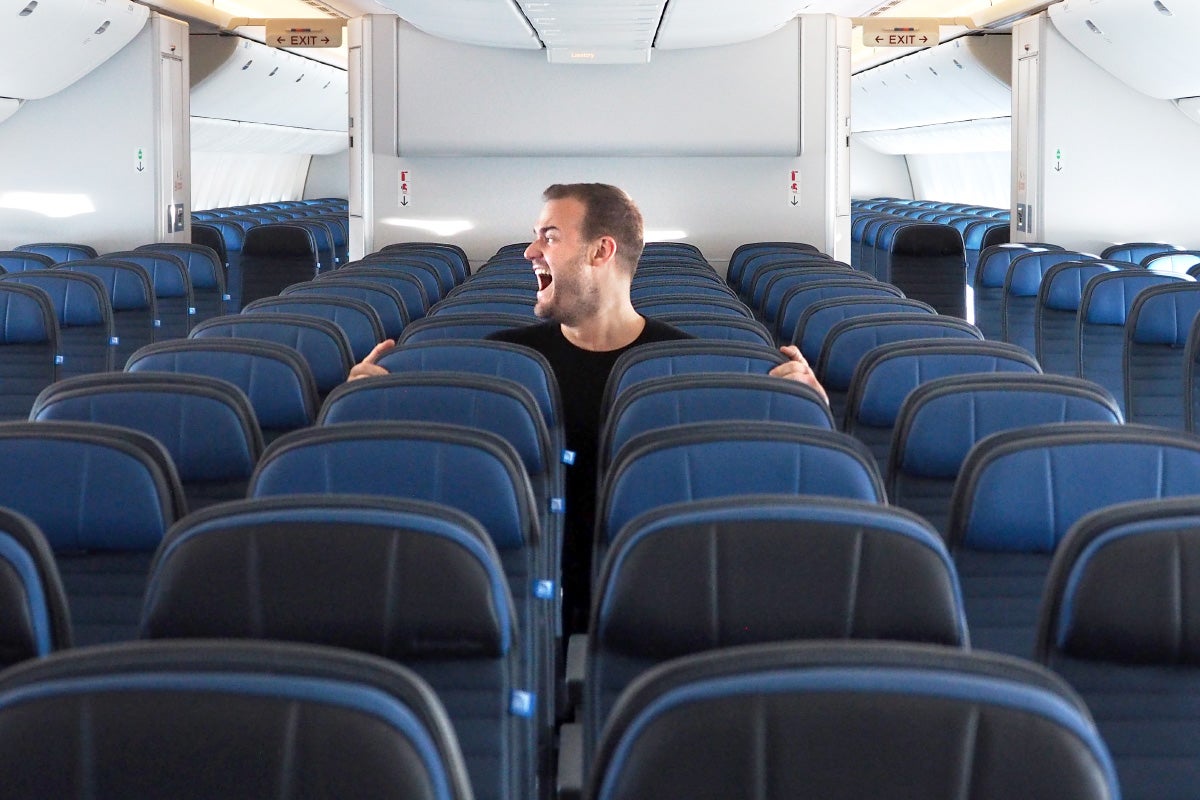 The dreaded middle seat, much like raisins in a trail mix, is often the last seating type available on a flight.

You usually land in the middle seat if you are squashed between other friends or family members, you booked too late, received a seat assignment at the last minute, changed to the flight on the day of travel or decided to skip paying for a seat assignment and simply drew the short straw.

Basically, no one in the entire world actually wants the middle seat -- or so I thought.

I've flown somewhere around a million miles and I've seen all sorts of weird things on planes along the way, but until my Frontier Airlines flight from Denver to Houston on Monday night, I'd never seen anyone voluntarily stay in the middle seat when, after boarding was complete, the aisle seat remained empty.

I went from an internal happy dance that there'd be an empty middle seat between me and the stranger in my row, to utter confusion and annoyance when I realized she wasn't going to move from the middle to the aisle, despite my suggestion. That's when it dawned on me that there are certain unbreakable rules of the middle seat (that typically apply at least within the U.S.) that I was following — and my seatmate was not.

Of course, unwritten rules are just that: unwritten and open to interpretation from person to person. But, in consultation with a group of frequent flyers, we discovered there are indeed some travelers who prefer the middle — and agreed there are certain codes of decorum we all should abide by when occupying the center seat.

Move out of the middle if the row isn't full

Here's the good news: If the row doesn't end up totally full when boarding is complete, you don't have to stay in the middle seat on a common single-aisle arrangement of three seats per side of the row. If there are four seats in your row, as happens on some twin-aisle planes, you may still be in one of the middle seats, even if one seat in the row is empty.

But, on a regular old domestic plane, scoot on over to that aisle or window seat. It's true that self-upgrading to an extra legroom seat or to different cabin is a no-no, but moving to another empty regular economy seat is above board -- especially when it's in your same row. If you don't believe me, feel free and ask a flight attendant if scooting over one seat is OK. (It will be.)

In fact, please do not stay in the middle seat if the window or aisle seat is ultimately unoccupied. Almost everyone appreciates some breathing room, especially when lodged in small economy seats. On my fateful flight, the woman in the middle even put her feet on the open aisle seat and leaned toward me as she stretched out and relaxed. Don't be that person. Scoot over and put the shared empty space in the middle.

Yes, you get first dibs on armrests

Most everyone agrees that middle seats are no fun, but the small sliver of good news is that the middle seat gets the most real estate on the armrests. Now, that doesn't necessarily mean the middle seat gets 100% of both, but it's reasonable for the person in the worst seat of the three to get, say, 60 to 75% of both armrests.

What is not OK is for the traveler in the middle seat to spread out to the point that he or she is elbowing passengers in the adjacent seats. Yes, middle is the worst, but the aisle and window seats aren't any bigger, so please try to keep your arms and legs inside the armrests at all times while seated.

Related: Who gets the middle seat arm rests on a plane?

This isn't just a middle seat issue, but it is also a middle seat issue. When the window seat needs to exit or enter the row either during boarding or during the flight, you need to at least cooperate with that process. I'm not saying you always have to get fully out of your seat to make it easier for them to pass, but that's one option. At a minimum, the middle-seat occupant should turn to the side or pull their legs in to allow the traveler in the window seat to get in and out without having to put their entire booty in your face -- for everyone's sake.

Avoid long conversations across the aisle

Airlines sometimes scatter families and friends across the cabin, especially if you don't lock in your seat assignments ahead of time. I know that really stinks, but if you are stuck in the middle, please try and keep your conversations across the aisle to a minimum. Talking over the person in the aisle seat for more than a few minutes just isn't a nice thing to do.

Related: 9 ways to avoid being an annoying airline passenger

We've established the middle seat is not the best spot on the plane. But travelers flying in the middle seat need to be prepared to sit upright — or at least stay within the confines of your seat — for the duration of the flight. Bring a great neck pillow, use a blanket, cocoon your whole head if you must, but don't lean on or put your legs on your neighbors unless you know them and have their permission. This gets tough on long flights when you fall asleep, but it's just not OK to snuggle a stranger sitting next to you.

If you find yourself in a middle seat, we're really sorry — and hopefully, you can score a better seat next time. You may find the middle seat has a little more width than its neighbors on some aircraft, but it is still a tough place to be. Still, despite the challenges, there are very real rules to occupying that seat -- even if they are largely unwritten.