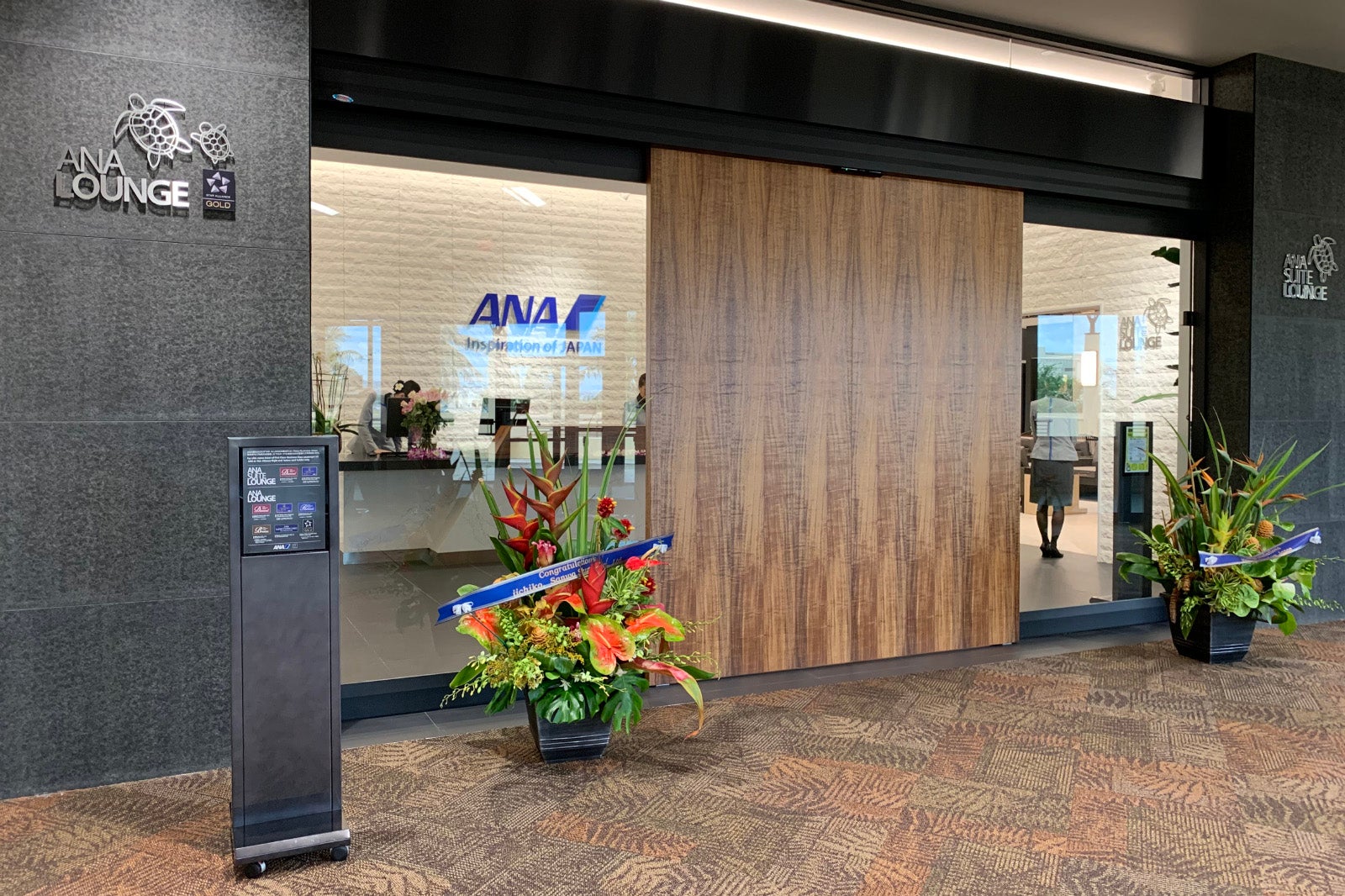 How to Access Hawaii's Best Airport Lounge Before a Domestic United Flight
This post contains references to products from one or more of our advertisers. We may receive compensation when you click on links to those products. Terms apply to the offers listed on this page. For an explanation of our Advertising Policy, visit this page.

While the new lounge is obviously a great option for eligible ANA flyers on their way to Asia, it's actually accessible to a large group of other travelers as well: Star Alliance Gold flyers, including United Premier Gold elites and above — even those booked on an entirely domestic itinerary, and therefore ineligible to access United's own lounge — along with United Club members, with a standalone membership or via the United MileagePlus Club Card.

I had no trouble visiting the lounge with a guest ahead of my nonstop first-class flight from HNL to Newark (EWR) over the weekend — the agent simply scanned my boarding pass and waived me in. As a Premier 1K (and Star Alliance Gold member), I could have entered with an economy ticket as well.

The ANA lounge is located just up the escalator from gate C4 — a roughly five-minute airside walk from my United departure at gate F2, so there's no need to pass through security again. It's open from 8:30am until 2:00pm each day, though the staff seemed eager for us to leave around 1:45pm, since all of the other passengers had already departed.

The lounge is brand new, so naturally the furnishings were in great condition, as you can see in the photos and video above. I was impressed with the food selection as well, which included Western options, such as tomato soup and grilled chicken, along with Japanese dishes, such as a tofu soup and vegetable curry, along with steamed rice and rice balls.

Beer, wine and spirits are also included — you can take a full tour of the offerings in the video at the top of this post.

The Wi-Fi was outstanding — you'll find similar performance at the United Club as well.

I haven't encountered better views anywhere else at HNL — quite the statement, considering that the terminal's open plan makes it easy to watch airport operations.

While the lounge felt incredibly spacious by the time we were ready to leave — at which point all of the day's ANA passengers had already departed — I could see it filling up with an A380's worth of business class, premium economy and Star Alliance Gold coach flyers hanging out before a superjumbo flight.

The ANA Lounge even offers direct boarding to A380 flights, though the Flying Honu had departed earlier in the day, so I didn't have a chance to witness that process. ANA's Dreamliner flights depart from other gates, just a short walk down the hall.

So, how to does this all compare to the United Club at the other end of the terminal? Well, for starters, UA's offering has been around far longer, so naturally it isn't quite as sparkly and new — overall, it's decent for a dated United Club.

The food spread doesn't compare, either, though there were a variety of options, including a build-your-own salad bar.

And the snacks seemed more aligned with what you'd expect from a US airline, albeit with a bit of Hawaiian flair popping up in the banana-chip option.

And, since it's a domestic United Club, most wines and spirits require a separate charge, though house beverages, Budweiser and Coors Light, are available for free.

The ANA lounge offers another huge advantage, too — even top-tier elites can only access the United Club with a membership when traveling on domestic itineraries, so unless they're continuing on to Europe or Asia after a mainland US connection, or joining a United or ANA flight to Japan, MileagePlus Gold members and above won't be able to get into United's own lounge. It's ANA or bust — but, as you can clearly see from the United Club pictures here, you won't be missing much.