Is the United MileagePlus Club Card Worth the Annual Fee? 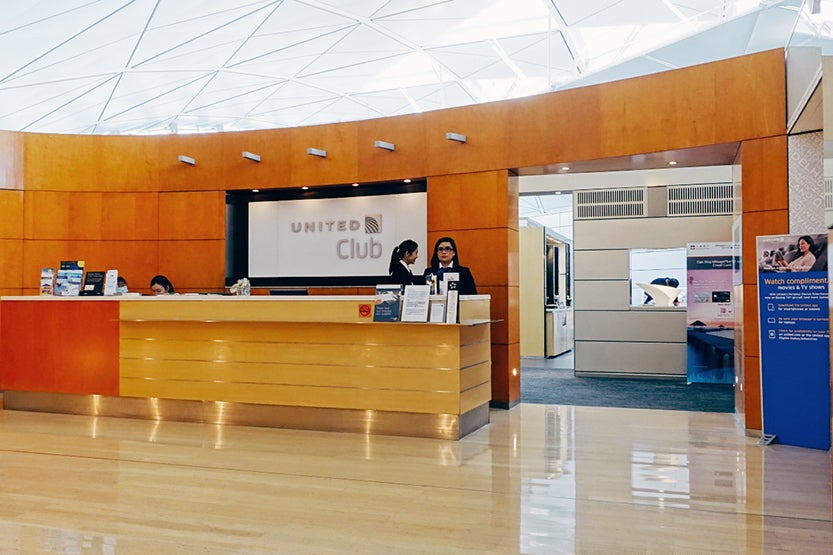 While premium credit cards have become all the rage in recent years, the United MileagePlus Club Card has actually been around for quite a while. The card was first introduced in 2012 — which is forever in credit card years — and remains a popular option with folks who fly regularly on United and for whom lounge access is important.

But is the card worth it? Its $450 annual fee isn't trivial, so it's an important question to answer before you decide whether to apply. Let's take a look at four key benefits of the United Club card and see whether they add up to a card that deserves a place in your credit card inventory.

If you want a membership to the United Club network, then the United MileagePlus Club Card is a no-brainer. Buying a club membership directly costs $550 per year for everyone except United Premier Platinum and Premier 1K elites (who pay $500 and $450, respectively).

Unless you're a high-level United elite, you're scoring a $100 discount by getting this credit card versus paying outright for the membership, and that's if you never use the card for anything else. Also, the United Club card comes with a full membership, not a "complimentary access" membership like the Delta Reserve® Credit Card from American Express, which you can only use when flying Delta. And with a full United Club membership, you'll also get access to Star Alliance business lounges when departing on a Star Alliance airline.

The only reason not to get the United Club card instead of buying a club membership directly is if your credit isn't solid enough to qualify, or you can't get it under Chase's 5/24 rule. Otherwise, if a United Club membership is important to you, then this card is absolutely worth the annual fee.

Historically the United Club card hasn't come with a major sign-up bonus — in fact, it's often had no sign-up bonus at all. So the current offer for 50,000 United miles after spending $3,000 in purchases in the first three months is a major improvement. In fact, it's the highest publicly available bonus we've ever seen on this card.

In TPG's most recent points valuations, he estimates United miles are worth 1.5 cents apiece. That makes these 50,000 miles worth $750, which would more than offset the $450 annual fee in the first year. So if you wanted to try the card out for a year and see if it fits your traveling style, this is the time to do it, since you're getting more value from the miles than you're paying in the annual fee.

Another solid feature of the United Club card is the earning rate — the card earns 1.5 United miles per dollar spent on all purchases. That's better than either the American or Delta co-branded premium card offerings and not a bad choice to keep in your wallet as an everyday card. It's especially useful when you consider that United MileagePlus miles are the most valuable of the three legacy airline loyalty currencies, thanks partially to United being a member of the Star Alliance, the largest of the three major airline alliances.

Given TPG's valuation of 1.5 cents for United miles, that means this card has an effective rewards return rate of 2.25 cents per dollar spent (1.5 miles per dollar x 1.5 cents each = 2.25 cents). To be fair, you'd need to put a high amount of yearly spend on this card to make the extra rewards worth the $450 all by themselves without any of the other card benefits. But if you're a high spender, that extra bonus on all your spend can add up, plus when you spend over $25,000 on this card in a calendar year, your Premier Qualifying Dollars (PQD) requirement for elite status is waived for all tiers except Premier 1K.

Normally if you book a United award ticket within 21 days of departure, the airline will charge you a close-in booking fee — typically $75 per ticket. But that close-in fee is waived for all awards you redeem if you're a United Club Card holder. That means if you tend to book your United awards in that 21-day window, you should seriously consider getting this card, because just six of those waived $75 fees will make up for the card's $450 annual fee.

Another benefit that can quickly add up is the waived checked baggage fees — with this card, you and your companion will get both a first and a second bag for free on all United operated flights. United charges $25 for the first checked bag and $35 for the second, so if you routinely check two bags, that's $60 per trip (and remember, that's in each direction). If your companion also checks two bags, that's a total of $240 saved between the both of you on a round-trip — two trips like that and you've easily covered the cost of the card.

There are several other perks of this card — such as World of Hyatt Discoverist status and access to Chase’s Luxury Hotel & Resorts Collection — that are cool but don't necessarily add up to $450. You'll also get several benefits with this card like expanded award availability and upgrades on award tickets for elites that are also available in similar form on its less expensive sister card, the United MileagePlus Explorer Card.

But when it comes to unique features, one or more of the four listed above may very well be valuable enough to you to spend $450 of your hard earned cash on the annual fee. So determine your travel priorities and then decide if the United MileagePlus Club Card is worth it to you.