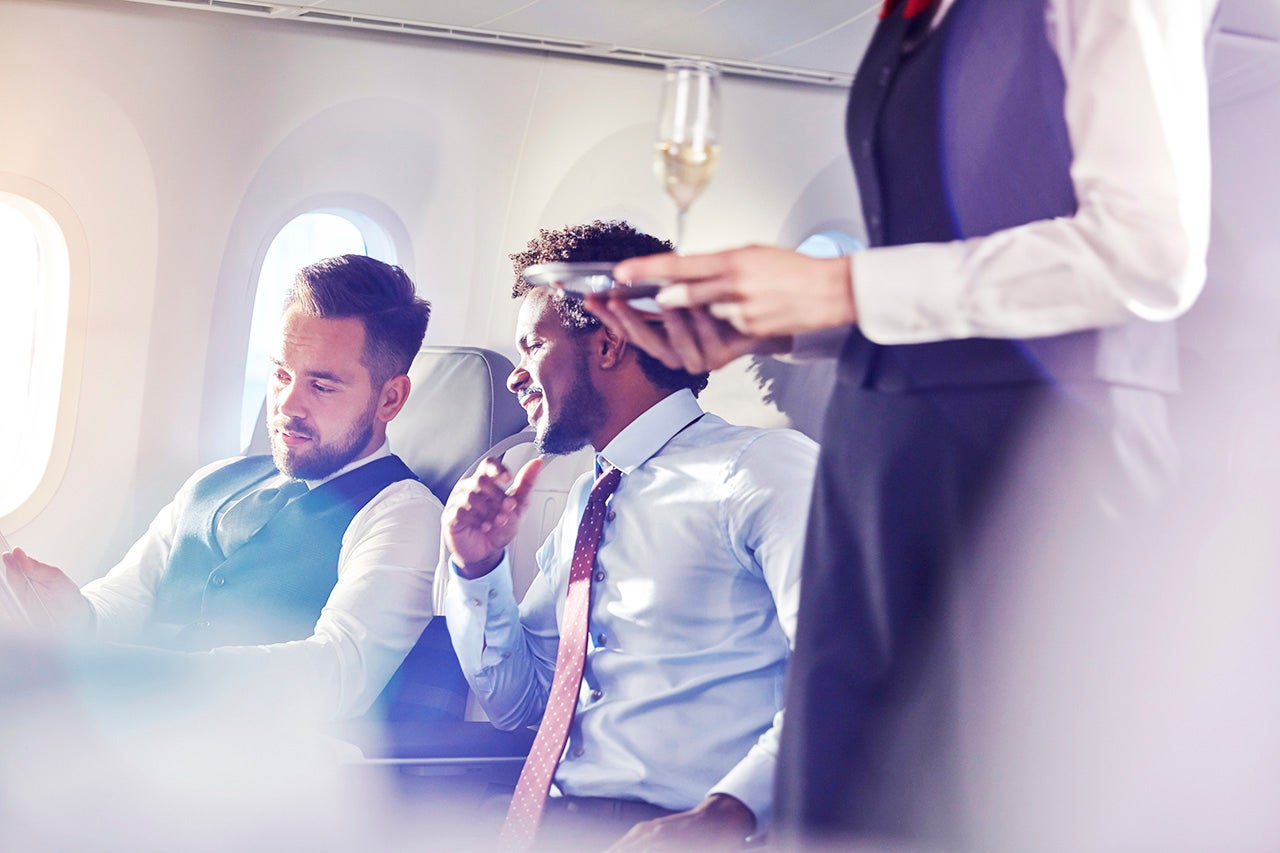 In a society where the norm is to avoid face-to-face interactions whenever possible, the art of conversation is becoming a pastime of, well, the past. This can make for an uncomfortable dynamic when you are stuck inches from a stranger for up to 18 hours on a nonstop flight.

While for some travelers, a long flight is a welcome chance to get work done, catch new releases on the IFE or sleep, it can also be an opportunity to network or pass the time through a bit of old-fashioned conversation.

For people who do want to chat with their seatmate, it's important to do so politely. That means being thoughtful and selective about the topics you broach and paying close attention to cues from your fellow travelers.

There are some things you just should not mention to start a conversation with a complete stranger during a flight. Even if the person sitting next to you does, inexplicably, want to talk about the most recent plane crash, the first-time flyer sitting on the other side of the aisle almost certainly does not want to hear about it.

“Unlike any other place on earth, on an airplane you cannot just walk away from an uncomfortable conversation,” Kelly Kincaid, a flight attendant for a major US carrier and creator of Jetlagged Comic, told TPG. “Plus, some topics create so much heat in an already tense environment that fights could ensue. Just use common sense and stick to the weather.”

Kincaid went on to explain that politics is one topic that could lead to hostility, and is better left for a venue with an easier out. Complaints about the TSA line probably won’t get you an in either — so stay positive!

Elaine Swann, a travel etiquette expert and founder of The Swann School of Protocol, had a similar stance. “For whatever reason, as soon as people get on the plane, they sit down and start telling you about ... how badly they are being treated by their spouses,” Swann said. “It’s really about putting others at ease, so if you begin to dive into something that’s highly personal, that could make the other individual feel uncomfortable.”

On that note, it's easy to avoid making your seatmate uncomfortable by playing it safe and sticking to small talk.

“Most likely, the person sitting next to you didn't show up on your flight today just to have a long conversation with you,” said Kincaid. “If you are going to make small talk, make it very small.”

Swann suggests starting with easy topics such as the destination you are leaving or traveling to. If your seatmate shows interest in continuing the conversation, focus on sharing information about yourself — what you did or are planning on doing during your travels. That way, the conversation won't come off as invasive.

"I'd just start by asking what's taking them to [their] destination, and feel it out based on how forthcoming they seem," said Alysen Smith, a public relations specialist at Apple who travels frequently for work.

Keeping the conversation light and positive will also make it easier for the other person to find an out if they so choose.

Often, the person sitting next to you might not want to talk at all. Maybe they are too tired, or they have other plans for the flight. They will certainly let you know this is the case, but it will likely be with nonverbal prompts.

“It is important for us to pay attention to those very slight social cues, like body language. They might turn away from you ever so slightly, cross a leg away from you, or glance out a window and look away often,” Swann explained. “If they are holding both of their ear buds waiting for you to finish talking, then that’s a good indication that they might be ready to check out of a conversation.”

According to Dr. Jon Burroughs, founder of The Burroughs Healthcare Consulting Network who travels 300,000 miles per year, the ear phone trick is a good way to discourage Chatty Kathys.

“I use my air time to do billable work," Burroughs added. "And I’m doing a lot of work when I fly. This is my work time.”

But social cues can go much deeper than simply demonstrating whether or not your seatmate wants to talk.

Kincaid said that if a person gives you detailed information during a light conversation, he or she may be signaling that it’s OK to steer the conversation into a more meaningful direction. And sometimes, being open to inflight chats can really pay off.

For example, Smith said she once got an interview and an internship offer from a spontaneous airplane conversation.

Meanwhile, on a flight from Sweden to the Netherlands, an Emerson College student, Juliana H., found herself chatting with a Spotify manager, which led to an email exchange and a promising connection.

But if you are on the receiving end of an unsolicited — and unwanted — airplane conversation, be straightforward.

“When we are thinking about practicing etiquette, that does not mean that we shouldn’t speak our minds or let other individuals know what we are or are not willing to tolerate,” Swann said. “That one moment of awkwardness saves you the rest of your time as far as that flight is concerned. So speak up for yourself and let the person know."