Travel Etiquette: How to Be Polite When Walking on a Sidewalk 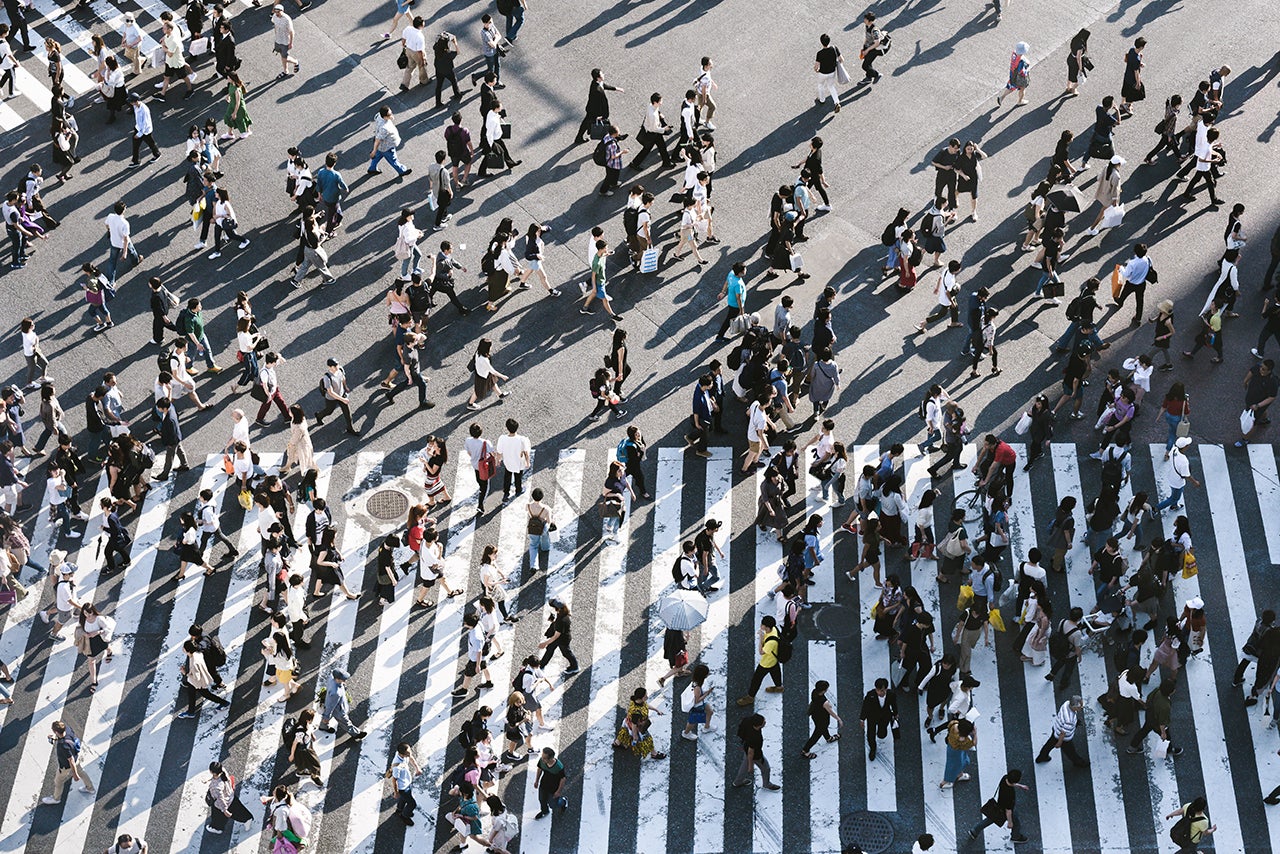 Travel Etiquette: How to Be Polite When Walking on a Sidewalk
This post contains references to products from one or more of our advertisers. We may receive compensation when you click on links to those products. Terms apply to the offers listed on this page. For an explanation of our Advertising Policy, visit this page.

If you’ve ever been stuck behind a five-person-wide group of tourists taking up an entire sidewalk, you know there’s such a thing as sidewalk etiquette. City-dwellers tend to assume walking etiquette is common knowledge, but not everyone lives in a city. Walking among crowds is a rare experience for many, and local customs vary from place to place.

To make sidewalks a nicer place for tourists and locals, TPG spoke with national etiquette expert Diane Gottsman — author of "Modern Etiquette for a Better Life" and founder of The Protocol School of Texas — and Jeff Peo, an avid traveler who’s been to 76 countries (and counting) and quit his consulting job to found Walkli, a platform for creating, sharing and exploring interactive walking maps for cities all over the world.

Together, Gottsman and Peo helped us craft a guide to being a good traveler when hoofing it by foot.

What the Experts Say

“The most important thing is to be observant and try to mimic local culture as best you can, and not get frustrated if people behave differently than you're used to,” Peo told TPG. “Basically, be like a local — but more polite.”

She also said that "safety and courtesy go hand and hand.” After all, if you're paying attention and being thoughtful about your movements, you're less likely to collide with a fellow passerby, or become involved in a walkway quarrel.

When you break down the etiquette of walking in public spaces, it's a solid mix of common sense and everything you were taught in elementary school.

As overcrowding becomes increasingly problematic in cities, it’s more vital than ever to have concrete tactics for managing the swarming sidewalks. Otherwise, well! Just imagine the human barricades and ensuing mayhem.

As a basic rule, follow the person in front of you (if they’re doing something terribly wrong, you’ll soon know to stop following them). Why? It helps people stay in lanes. If you must try to pass, do so with caution: shoving into oncoming foot traffic can actually have a ripple effect that splits lanes and slows everyone else down.

If you’re with a group, walk double file at most (single file is preferred). Yes, you’ll want to chat with your friends while you walk, but if doing so means you form a moving wall that blocks the path of everyone else, you’re going to be interrupted by angry locals anyway. Plus, walking single-file gives you more leeway to admire the sights at a slower pace, since you’re leaving room for passing.

Is walking on the sidewalk similar to driving? The short answer: yes.

In most destinations, travelers should walk on the right side of the sidewalk. Just imagine that each sidewalk is its own, thin little road. Exceptions include Japan, where you should actually walk on the left. You’d think that would be the case in the UK, too, but look no further than London to see that walking in Britain is a sort of organized chaos. What doesn’t matter, however, is which sidewalk you choose, or if you’re strolling along a sidewalk against the direction of the street’s car traffic.

Generally, the rule applies to escalators, too: walk on the left, stand on the right, In Japan, however, this is definitely not the case. The Japanese encourage you to stand still on either side.

Use Your Inside Voice

One common etiquette blunder of the sidewalk has nothing at all to do with walking. Travelers should keep in mind that the volume of voices adds up. Unless you’re marching in a parade or protest, err on the side of your “indoor voice" — especially at night, and especially if you’re in a residential area.

Put Down the Phone

As silly as it sounds, if you’re in a crowded city with lots of crosswalks, walking and texting can be seriously dangerous. Not in the least because you’ll bump into someone who will promptly tell you to watch where you’re going in a less-than-polite manner. So keep your head up.

Travelers should be even more self-aware on rainy days. “When using an umbrella, keep in mind fellow pedestrians and raise your umbrella slightly when approaching someone so you don’t poke them. Close your umbrella when entering a building and don’t shake it out near another person," Gottsman said.

“In Tokyo, they have outdoor vending machines seemingly on every block," Peo said. "However, it's generally considered rude to eat or drink while walking. So if you use the machines, you either need to drink your beverage at the machine, or put it in your bag to drink later.”

In Florence, eating while standing on certain sidewalks or sitting on curbs can result in a €500 fine. But even if it's not an official ordinance, travelers should still keep in mind that the sidewalk is not your dinner table. If you need a slice of pizza to eat on the go, get out of the way if it’s going to slow you down. And be careful not to drop food or trash — you could get in trouble for littering.

On that note, don't litter. It's gross and against the law just about everywhere. In some destinations, such as Singapore, anti-littering regulations are strictly enforced.

Spitting, though a common practice, is not a good move for travelers trying to mind their manners. If you must, first try to spit into a trashcan or somewhere off the sidewalk. And definitely don’t do it at all in Singapore — it’s illegal. Peo pointed out that “in China, it's still pretty common for people, especially older people, to spit on the sidewalk."

Jaywalking (crossing in front of traffic, ignoring the crosswalks, walking before a pedestrian light is green) is often illegal in places like Singapore, where it's also strictly enforced. But etiquette aside, it's also extremely dangerous.

In destinations with designated bike paths, wait for a crosswalk signal on the sidewalk, not off the curb; bikers often ride on the edges of the street.

“Keep your packages and purse close to your body for safety reasons — and so you don’t hit other pedestrians," said Gottsman. This is especially true for travelers who may be carrying suitcases or large packs.

If you smoke, be kind to everyone around (and especially behind) you. Vaping doesn’t give you a free pass, either. If you have to puff, do it in designated areas — and know that it’s illegal in the US and many other places to smoke within 20 feet of a public building.

Featured image by Photo by Ryoji Iwata on Unsplash