The unbreakable rules for going shoeless on a plane

Articles
Katherine Fan is a former senior travel features reporter at The Points Guy who covered everything from personal finance to travel and aviation.
Sept. 21, 2019
•
7 min read 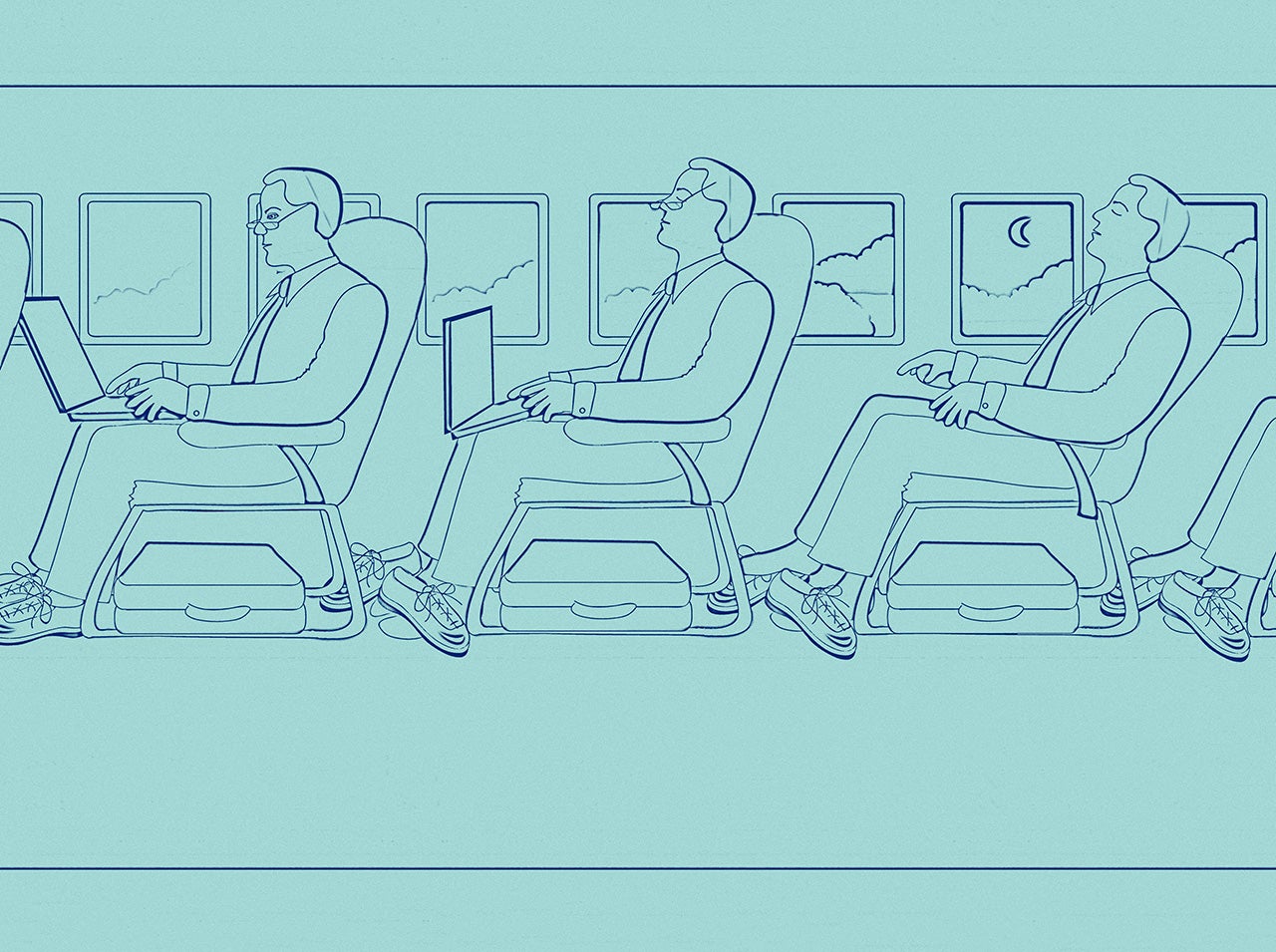 Welcome to Travel Etiquette, a TPG column that explores the fragile social contracts and the delicate dos and don’ts of travel. Have an opinion or suggestion for a future subject? Sound off in the comments below.

There may be no greater source of inflight conflict — and disgust — than people who take their shoes and socks off on an airplane. As flight attendants are quick to point out, sometimes it's a matter of cleanliness. But bare naked feet have long been a popular topic for travel etiquette debate. Some travelers are fiercely opposed; others see no harm.

National etiquette expert Diane Gottsman, author of “Modern Etiquette for a Better Life" and founder of The Protocol School of Texas, told TPG that many Americans believe "taking your shoes off in a crowded space, such as an airplane, is off-putting to fellow travelers."

"The sense of entitlement is really high with a lot of people these days," said the flight attendant behind viral Instagram account Passenger Shaming, known only as SK. "They feel like, 'Hey, I spent a few hundred dollars for my ticket, I can do whatever I want on this plane."

There are exceptions for removing your shoes — some of them cultural, others concerning the placement of the feet and the length of the flight. Whether you're all for exposed toes or would rather everyone keep their feet fully covered, there's a code of conduct every frequent flyer should know before stripping down to the phalanges.

If you're offended by your barefoot fellow travelers, there's an important thing to keep in mind: Your international seatmate may actually be trying to show respect by removing his or her shoes.

In fact, removing shoes "indoors" for the sake of cleanliness and respect is common practice in many regions around the world. The Scandinavians do it. So do the Ethiopians and Russians. And virtually every country in Asia complies with the practice of going barefoot indoors, from Japan, Korea and China to Taiwan, Vietnam and Singapore.

In a number of Southeast Asian countries, such as Cambodia, removing footwear inside temples is strictly enforced — and it's commonplace to remove shoes in certain small shops, too. But of course, there's no justification for ever putting one's feet up on someone else's seat, shod or otherwise. If your neighbor does that, it isn't a sign of respect in any culture.

There are many different cultural connotations where feet are involved. However, science, safety and commonsense dictate a few universal guidelines surrounding how and when to wear shoes on planes.

Wear your shoes during takeoff and landing

Even travelers who think shoes are dirty and rude should keep them on for the most critical parts of flight. "You should keep your shoes on during takeoff and landing, because that’s the most dangerous part of the flight," a flight attendant for Qatar Airways told TPG.

This safety precaution is not just for you, but for everyone else on board, too. Shoes cluttering an aisle or row of seats pose a potential hazard, she said, but passengers may also need to move quickly outside of the plane in the event of an emergency. And feet are almost always better protected by shoes.

Protect your feet when you go to the bathroom

According to Gottsman, "it may be more acceptable" to take your shoes off during a long-haul flight. Indeed, on some airlines, each seat comes with a little net for storing shoes.

If you plan to do so, it's a good idea to at least keep on socks or slippers, simply for the sake of cleanliness. After all, many of the countries that have a culture of removing shoes inside also tend to offer indoor slippers to their shoeless guests, as an additional layer of protection from potential contaminants within the home or store.

Even still, airplanes can certainly be disgusting. Flight attendants have taken to Reddit to describe all of the disgusting things that coat every inch of an airplane's surface, especially in the bathrooms. If you've taken them off, "put on your shoes to walk through the aisles when going to the lavatory," Gottsman said.

"Please do not ever walk into a toilet with bare feet," an anonymous flight attendant on Reddit agreed. "I promise you, nine times out of 10, that is not water on the floor."

Keep your feet to yourself

Another rule of inflight foot etiquette involves the placement of the feet. Feet never belong on another person's armrest. They do not belong on windows or on tray tables or in someone else's seat. And they should certainly never be on another human.

It's also unacceptable to work on a pedicure or other forms of foot grooming in an airplane cabin. That means no nail clipping or foot scratching, no peeling of hangnails or cuticles. And it should go without saying that your feet do not belong in the aisle, whether barefoot and hanging off the edge of your seat or simply creeping out and creating a hazard.

On very rare occasions, it's acceptable to stretch out, whether you're splurging on a lie-flat economy bed by booking a full row of seats, or you simply got lucky with no seatmates next to you. In these situations, it's always a nice idea to don a clean pair of socks, both for your own comfort and the mental peace of others around you.

And of course, business class and first class travelers have the option of stowing away their footwear before sprawling out in aviation paradise.

Don't be a jerk

Sweaty, stinky feet — and other body parts — can be an issue during travel, especially on long journeys.

"We’ve all had the unpleasant experience of someone removing their shoes and having to deal with ... hot, sweaty feet odor," Gottsman said. "At that point, it makes it uncomfortable and awkward for everyone."

If you know that odor is an issue, prep well in advance by using shoe deodorizing powders or even baking soda and dryer sheets inside your shoes to quell the smell.

And if you want to go shoeless onboard, consider switching out your socks for a clean pair beforehand in the privacy of an airport bathroom stall.

From a cultural perspective, TPG's Qatar Airways flight attendant source said the notoriously strict Middle Eastern carrier doesn't enforce passenger footwear requirements except in cases of egregious infringement on another passenger's space, such as feet (bare or otherwise) placed on another traveler's armrest.

Most other airlines also hope that "passengers can choose to behave like the adults they hopefully are," said TPG resident flight attendant Carrie A. Trey. When absolutely necessary, flight crew will step in to arbitrate disputes as needed, she said. But common travel courtesy strongly recommends that feet stay below deck and in one's own personal space, whether covered or exposed.

At the end of the day, we want you to have happy feet. But as you pursue your inflight freedom, please don't forget the Golden Rule: Shoe unto others as you would have them shoe unto you.