11 Fun Things to Do With Kids in Antwerp, Belgium

Articles
Dan Miller is a miles and points expert and contributor to TPG. He also is the founder and editor of Points With a Crew, a site that focuses on helping families (especially larger families) use miles and points to travel for free / cheap. He lives with his wife and 6 kids in Ohio USA.
Follow
Sept. 09, 2018
•
7 min read 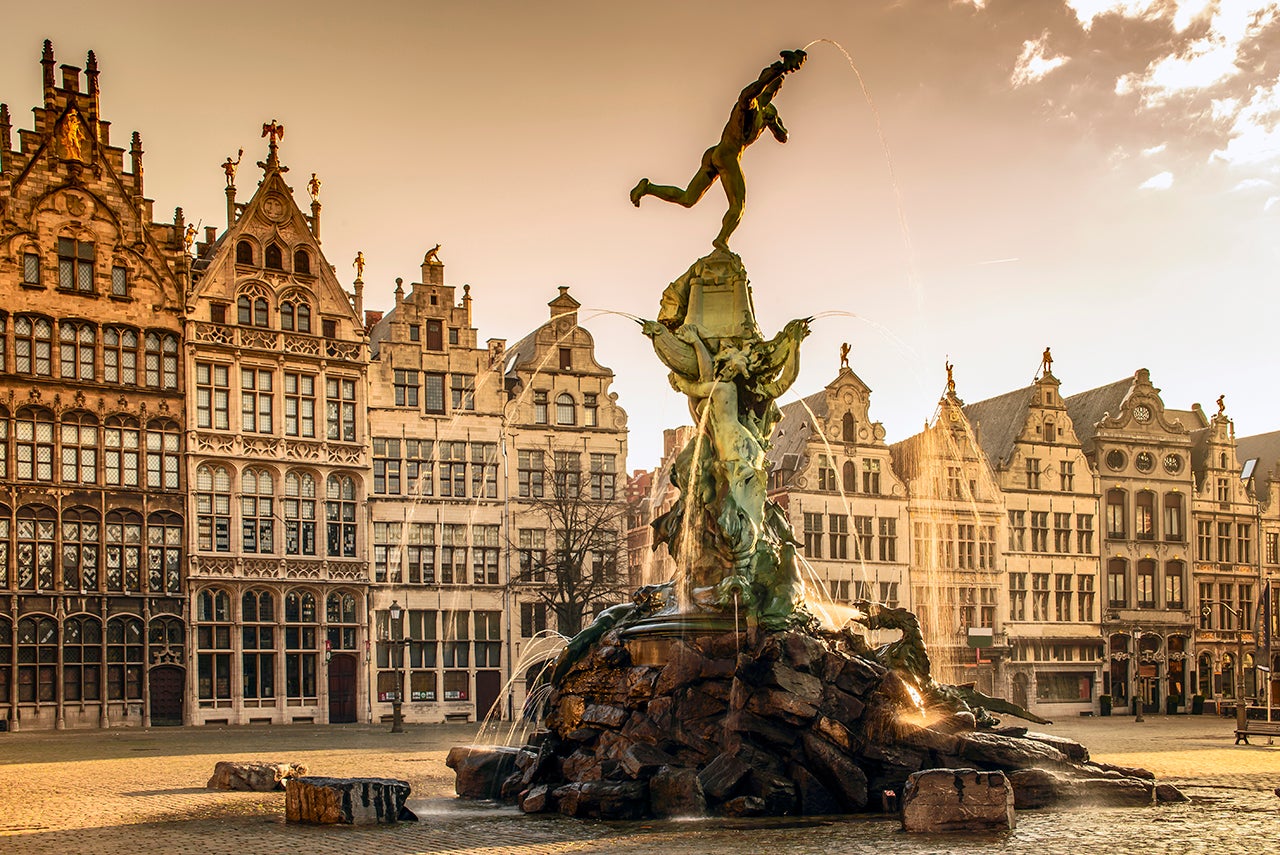 I have six kids, and my wife and I try to do special things with each of them individually. On a recent trip to Europe, we traveled to six different countries in total, but one of the highlights was finding fun things to do in Antwerp, Belgium with my son.

Antwerp, in central Belgium, is accessible from Brussels by train in less than an hour. And though it may not be as well known as the Belgian capital, families will find plenty to do here.

My son and I only had one full day in Antwerp, so we tried to hit the highlights. But of course, we could not do the city justice in such a short time. Still, Antwerp is a great place to visit with kids and it turned out to be one of the highlights of our European trip.

Things to do in Antwerp

Even if you didn't reach Antwerp by train, definitely still visit the Antwerp Central Train Station. The stunning Antwerpen-Centraal train station was built in the 1890s and is regarded as one of the top train stations in Europe — if not the world.

If you've never been to Antwerp, head immediately to the City Center after your train arrives. You can visit Grote Markt, City Hall and also the Visit Antwerp tourism office for maps and information.

3. Cathedral of Our Lady

Then, stop by the Cathedral of Our Lady. Its belfries are on the UNESCO World Heritage Site.

Enter the MAS museum for free to see the panoramic view from the 10th floor, or pay to enter the exhibits. I myself really enjoyed the Port of the World exhibit, but if you're on a budget.

This UNESCO World Heritage site and was featured on Season 30 of
"The Amazing Race." The museum is actually a tour through the house and shops of Christophe Plantin, a 16th-century printer from Antwerp. The tour also details some of the history of printing. (I promise, it's more exciting than it sounds, even for kids — just be sure to ask the front desk for a children's game.)

Located in the middle of the city, right next to the Antwerp Central train station, is the oldest zoo in Belgium. (It opened in 1844.) You get a 25% discount on admission if you have the Antwerp City card.

The former home of Pieter Paul Rubens was purchased by the city of Antwerp in 1937, and it now houses many pieces of art from Rubens and his contemporaries. This is one of those things you kind of have to do if you're in Antwerp, even though it may not be a highlight for your child.

The Home of Diamonds, or DIVA, doesn't really have many actual diamonds on display. Instead, the museum explores how diamonds are mined and processed. My son's favorite part was the vault room. There are several screens featuring different aspects of the industry, but his favorite part was opening the different vault drawers.

The old canals and sewer systems of Antwerp are now covered, and referred to as De Ruien. They offer canal boat tours (from €5, or less than $6) as well as an interactive trip with a tablet from €17 ($20) for adults and €11 ($13) for children. We were planning to take the canal boat ride but, due to drought, water in the canal was not deep enough on the day we were there.

My son really enjoyed St. Anna's Tunnel, which passes under the Scheldt River. (Locals call it, the Underpass.)The escalators that take you down to the tunnel are made of wood, and it's free to visit. We enjoyed a picnic lunch with a view of the city from across the river. There is also a free passenger ferry that crosses the Scheldt, but it only runs every 30 minutes, so we decided to just walk the tunnel both ways.

The Smurfs are a Belgian comic creation, and there is a new indoor "theme park" inside the train station where kids can enjoy Smurf-themed rides and attractions, along with other comic book stars born in Belgium. It's perfect for younger kids who need a break from museum.

Things to know before your Antwerp trip

Many of the museums in Antwerp (including DIVA, the Rubens House, MAS Museum and Plantin-Moretus Museum) require you to store large backpacks in lockers before entering the museum. A few of the lockers are free, but several require a €1 or €2 coin deposit that you get back when you exit the museum. If you don't have any coins on you, you can ask at the desk and they will give you a Euro coin-sized slug, which also works the lockers.

Like many European cities, Antwerp also has a large variety of markets. There are several Christmas Markets, for example, travelers can visit during the month of December. You can find these in Groenplaats, Grote Markt, Suikerrui and Steenplein.

There are also a dizzying number of churches and museums, in addition to those we visited during our Antwerp day trip. Drop by Saint James' Church to visit the tomb of Pieter Paul Rubens.

For food and drink, just about every street corner in the central part of Antwerp has shops and restaurants. The Smallest Waffle Shop in the World was on our list of places to visit, but we sadly didn't make it there before we had to leave.

Several of these places to visit and things to do in Antwerp are included or discounted with the Antwerp City Card. Many larger cities offer similar cards or passes, where you pay one price and get free or discounted admission to multiple popular tourist sites. The Antwerp City card costs €27 for 24 hours, €35 for 48 hours and €40 for 72 hours (between $31 and $46). One nice thing about the Antwerp City card is that it also includes public buses and trams in the price, which many city cards do not.

Related stories
Deal alert: Widespread Air Tahiti business class award space to French Polynesia
This no-annual-fee card earns 2% cash back on every purchase — and automatically applies your rewards
You can now fly directly to the South Pacific from the Pacific Northwest
Aer Lingus returns: Hartford gets back its nonstop flight to Europe
Featured image by Getty Images/iStockphoto