Thomas Cook is dead, but these incredibly chic Cook hotels live on

Articles
Lori Zaino is a writer for TPG and TPG UK covering travel, news, points and miles and more. She's been based in Madrid, Spain almost 15 years and is an expert in travel throughout destinations such as Europe, Southeast Asia and Africa.
Follow
Feb. 08, 2020
•
9 min read 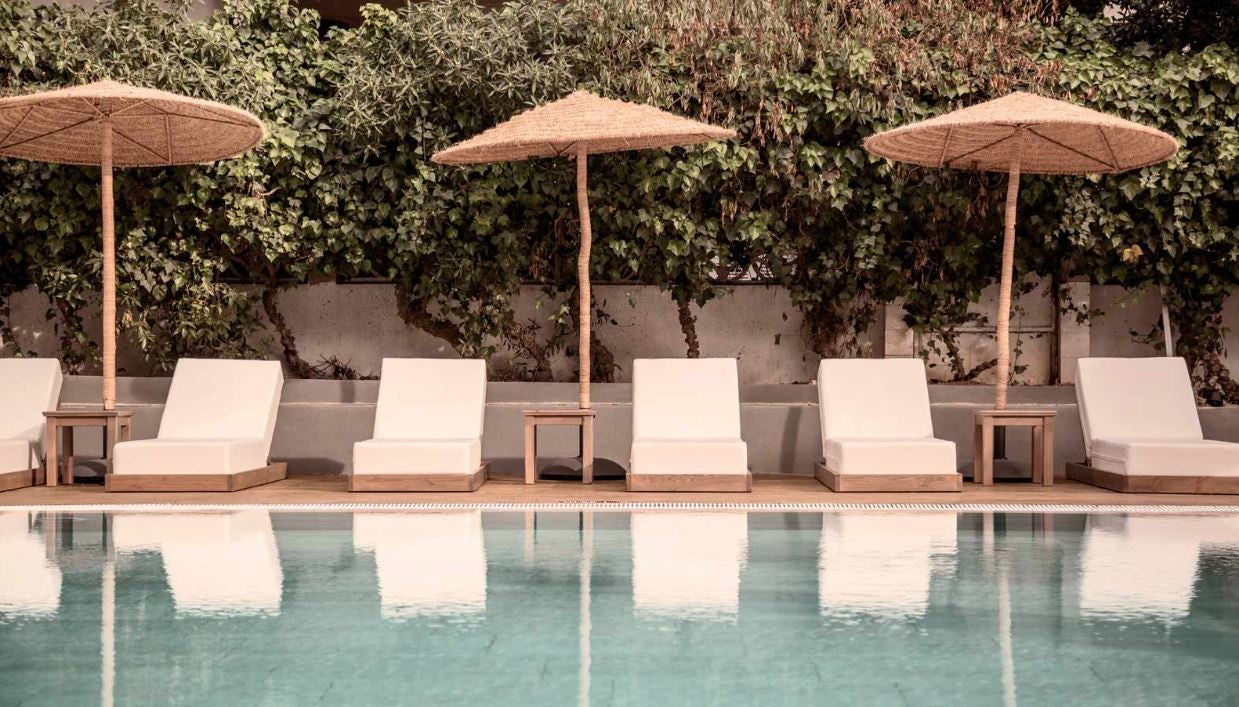 Thomas Cook's demise took the travel world by storm in September 2019 when, after many months of insecurity, the company entered insolvency, canceling all bookings -- both holidays and flight packages. Passengers were left stranded around the world, and the U.K. Civil Aviation Authority had to step in to bring British tourists back home on repatriation flights, one of which Nicky Kelvin of TPG U.K. got a seat on.

The company was the oldest travel group in the U.K. and had many subsidiaries, one of them being Condor Airlines, a Frankfurt-based air carrier that has continued to operate as normal. However, many of Thomas Cook's other holdings, like German and U.K. tour agencies ceased operations when the company was left insolvent. But it seems that a few key Cook brands managed to live on through the collapse and even open up after, against all odds.

During a recent trip to El Gouna, Egypt, I spotted several billboards for a new hotel opening: Casa Cook El Gouna. Could it be that a hotel bearing part of the name of the Thomas Cook legacy had indeed opened a brand-new hotel just weeks after insolvency? It seemed so.

After further investigation, the advertised farm-to-table healthy food definitely caught my eye and there seemed to be an emphasis on fitness and relaxation, with yoga classes and personal trainers available. Plus, the dreamy images of Instagram-worthy beach swings, white-fringed hammocks and wicker décor had me easily imagining myself sprawled out on a sun lounger at the pool next to bikini-clad models.

But, I still didn't get it. How did a company that had recently collapsed managed to not only maintain such a chic hotel brand, but even open a new property, post-insolvency? I decided to find out.

How Casa Cook and Cook's Club (and some others) survived

After digging around, I realized that many Thomas Cook-owned hotels, like key Sunwing or Aldiana properties, are still operating as normal. Thanks to a loophole in shared ownership of some of the Cook hotel brands with Swiss investment company LMEY, as well as a name change (Thomas Cook Hotel Investments Ltd changed its name to Westfort Capital Ltd just before things went awry), many of these hotels escaped closure. Other travel agencies have now taken over booking these mostly all-inclusive properties for U.K. travelers. But several of the former Cook-owned hotel brands weren't as lucky, such as Sentido Hotels, which has since closed its doors.

While average travelers may not realize that the Sunwing Hotel they're booking in Tenerife was once part of Thomas Cook, it's near impossible to stay at what was Thomas Cook's newest hotel project, Casa Cook and Cook's Club, like the one I spotted in Egypt, without spotting the connection to the brand, thanks to its prominent name.

However, I was informed by a representative at Orascom Hotels Management that, "Cook’s Club El Gouna and Casa Cook El Gouna hotels are operated by Orascom Development, under a franchise name agreement. Thomas Cook has no shareholding interest or ownership of these hotels."

Meanwhile, a representative at Westfort Capital Ltd explained that the former Casa Cook Ibiza and Casa Cook Kos are being rebranded as the OKU Ibiza (opening May 1) and the OKU Kos (opening on April 5). Many of the same staff will continue at the two hotels and the general vibe will remain the same. OKU Hotels is currently seeking to expand the brand to new hotels across destinations including Mykonos, Bali and even Miami.

Although travelers that had booked stays at the Casa Cook or Cook's Club properties (or any of the joint Thomas Cook/LMEY-owned brands) through a Thomas Cook package found their stays canceled post-collapse, if you booked the hotel on your own, your booking was, and still should be, honored.

The brands Casa Cook and Cook's Club differ wildly from Sunwing and many of the other previously Thomas Cook-owned hotel chains. It almost feels like Thomas Cook was trying to start anew, targeting a younger, more carefree customer that may not have even known the original Thomas Cook brand to begin with, except perhaps as a distant memory of a package holiday in Lanzarote with their parents age 6.

The Casa Cook brand suggests guests do things like "explore the island like a local with the best offbeat activities and hidden island nooks," a far cry from many of the other Thomas Cook hotel brands, which were (and those that remain still are) your run-of-the-mill, all-inclusive, never leave the property type of package holiday resorts.

Casa Cook properties are found in trendier destinations popular with the younger set, such as Mallorca (reportedly opening in spring of 2020), Egypt and Greece. The Casa Cook hotels seem ideal for relaxation or for couples wanting a stylish retreat.

Cook's Club properties, located in Egypt, Bulgaria and Mallorca, have more of a scene, with DJs spinning lounge beats at the pool. The brand advertises a hedonistic lifestyle, and its hotels boast luxe-minimalist décor. These adults-only resorts are geared toward university students, hen parties and groups of friends, as well as general party animals and active travelers that enjoy water sports.

Lodging options at these hotels range from bed-and-breakfast to half-board. Prices start at about $130 per night at the Cook's Club Sunny Beach in Bulgaria and are upward of $650 per night for a two-bedroom villa with private pool at Casa Cook El Gouna in Egypt.

But should you stay there? Will these hotels close?

The Casa Cook and Cook's Club hotels currently remain open and it is possible to book directly -- meaning anyone can stay at these new, chic hotels. But should you book them?

While that news seems positive, TPG suggests booking these properties at your own risk. It may also be best to reserve directly and avoid agencies or package deals so that if something does go wrong, you can still visit your destination and simply rebook another hotel. And of course, make sure to have travel insurance, especially if you pay upfront.

An easy way to book is to reserve a cancelable rate, allowing you to book now and pay later, meaning you'd be off the hook if the hotel closed or anything went wrong before your stay. You could even consider booking a backup hotel that also has a cancelable rate, covering yourself in the case of closure.

Although the future of these stylish hotels is uncertain, we certainly hope they'll remain open. For now though, those Casa Cook poolside chaise loungers sure do look inviting -- so I may just take the risk -- at least for the Instagram clout.

This post has been updated with comments from Westfort Capital Ltd and Orascom Hotel Management.

Our points-obsessed staff uses a plethora of credit cards on a daily basis. If anyone on our team wouldn’t recommend it to a friend or a family member, we wouldn’t recommend it on The Points Guy either. Our opinions are our own, and have not been reviewed, approved, or endorsed by our advertising partners.
See all best card offers
Related stories
Guide
How (and why) to combine your Chase Ultimate Rewards points into a single account
News
Last chance: Earn up to 100,000 miles with these big United bonuses
Deals
Round-trip fares from US cities to Edinburgh from $500
Guide
The 10 best Priority Pass lounges around the world