Articles
Summer Hull , aka Mommy Points, ran the Mommy Points site for families who want to travel more for less using miles and points for seven years. She now heads up a variety of special projects at TPG when she isn't exploring the world with her own two girls.
Follow
March 29, 2019
•
9 min read 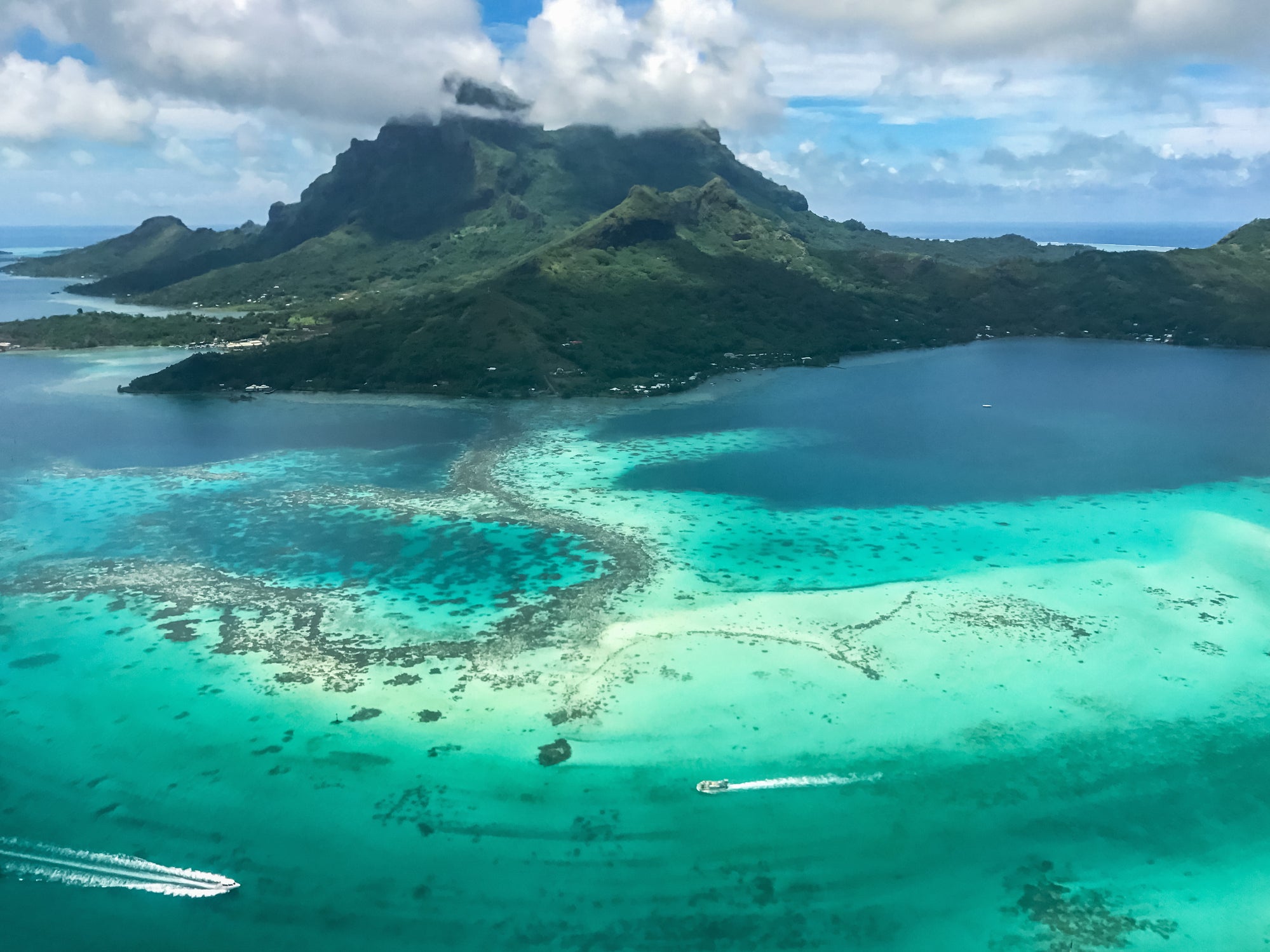 Every year our family likes to trade in a stash of miles and points for a big trip. Along those lines, we thought this would be the year we returned to the Maldives, but it turns out we are likely heading in the opposite direction thanks to a somewhat surprising type of award currency.

Backing up a bit, we had originally booked award nights at the St. Regis Maldives via the old redemption rate of 60,000 Marriott points per night (with a award fifth night free). The resort looks gorgeous and those were really "once in a lifetime" award prices given the very high cash prices, but we changed our minds. The St. Regis Maldives looks incredible, but as it came time to nail down flights, that trip really was just too big and too far for what we were after. Since we hadn't booked flights, canceling the hotel award reservation was simple and pain free.

We settled on a new-to-us destination: Bora Bora. While more adventure-seeking travelers have been known to call it "Boring Boring," Bora Bora has all the allure of the Maldives for our crew and hotels you can book with points. Perhaps most importantly, it is much easier to get to from our corner of the world. It's still a big trip, but once you get to California, you are looking at an eight-hour flight to Papeete, which is immensely more doable with kids -- and a somewhat travel-resistant husband -- compared to the 30 hours it takes to get to the Maldives.

At first, we thought that the St. Regis Bora Bora would simply replace our St. Regis Maldives award reservation since both sit at the same top tier on the Marriott award chart.

We knew that scoring a standard award at the St. Regis Bora Bora is hard. There are a couple of Reefside Villas that are considered "standard" and that price at the intro award rate (formerly 60k points, now 85k points). On many dates, the cheapest award you will find is for the Over-water Superior One-Bedroom Villa that costs 85,000 Marriott points plus 34,000 XPF (roughly $320 USD) per night. When we initially considered the resort, the cheapest villa available for our dates was 60k points plus that cash copay per night. We don't usually like being over water (it's hotter without shade), and with kids it isn't a great choice from a safety perspective -- not to mention the over-water villas are typically smaller than those on land.

There had to be a better option -- and there was.

Hilton Points Save the Day

The Conrad Bora Bora is located on the opposite side of Bora Bora from the St. Regis, just a few miles away as the crow flies. At the Conrad, there are 114 villas on both land and over water with award rates for standard rooms at 80,000 Hilton points per night.

That 80k Hilton number looks similar to the 85k Marriott number, but keep in mind that a Marriott point is valued significantly higher than a Hilton point. Currently, TPG values Marriott points at 0.8 cents each and Hilton points at 0.6 cents each. Cash rates at both properties are similar for our dates at a little under or over $1,000 per night, depending on how you book. (Which is well over what I'd want to spend with cash.)

Instead, we were able to spend 80,000 Hilton Honors points per night to book a 1,000+ square foot suite at the Conrad Bora Bora that is actually listed as acceptable for two adults and two children aged 13 and under with no additional fees or copays. (The St. Regis told us verbally we could have two kids stay in the existing bedding, but their base villas aren't technically listed for two adults and two kids.)

As with Marriott, Hilton offers the fifth standard award night free, though you need to have elite status to get that fifth free night with Hilton. Thankfully, Hilton elite status can easily be obtained with any of the Hilton credit cards.

As our plans currently stand, we still need an additional night that is not available for the 80k standard points rate, but even if that night never becomes available on points, one night on cash at the Conrad Bora Bora is less out of pocket (by half) than the cash copay I was facing for the trip at the St. Regis Bora Bora.

I plan to get the Hilton Aspire card before our trip later this year so that I will have Hilton Diamond status, which will translate to free breakfast (which starts at Gold status). That card will also give us up to a $250 credit to use at this Hilton resort, up to $250 in airline fee credits, a 150k Hilton point welcome bonus after meeting the minimum spend and more.

At the end of it all, the Conrad and St. Regis Bora Bora resorts look pretty similar on paper. While the location and view from the St. Regis is said to be a bit better, by several accounts the Conrad is actually the nicer of the two resorts at the moment. I'm sure we would have had a great time at either.

But I was genuinely thrilled to be able to use 80,000 Hilton points per night for a room we can all stay in without a cash copay. Getting all my Marriott points back to use another day didn't hurt either. Families certainly don't need to travel all the way to French Polynesia to have an amazing beach vacation, but I'm ready for a new big adventure to mix into our Disney and closer-to-home jaunts.

With the standard Marriott award chart now as high as 85,000 points per night (and going even higher when peak and off-peak pricing is introduced) and Hilton's (unpublished) chart topping out at 95k points (except for here), I anticipate situations where a Hilton point will go further than a Marriott point for high-end redemption -- especially when factoring in that Hilton never charges resort fees on full award stays and Marriott does (to the tune of almost $100/day at some resorts).

For us, yesterday was the day that a Hilton point was indeed more valuable than a Marriott point for a big family trip to Bora Bora -- and I couldn't be happier.