Is Twitter quicker? Best ways to use social media for travel customer service

Articles
Bill Fink is a senior writer for The Points Guy covering travel news, trends, and cool adventures. His award-winning stories have been featured in AARP, BBC Travel, Frommer's, Lonely Planet, National Geographic, Outside, Yahoo Travel and many others.
Follow
June 15, 2022
•
10 min read 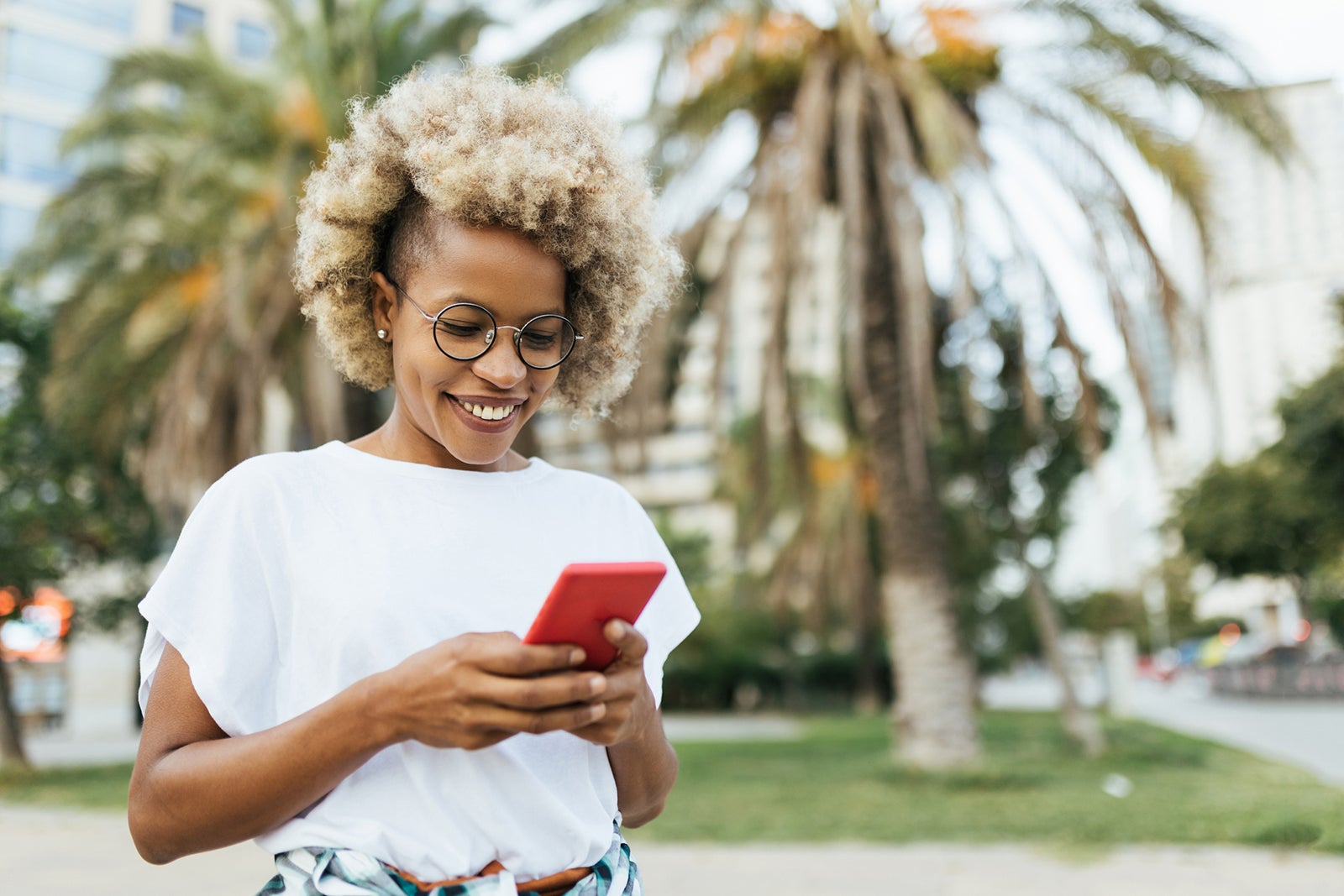 As a busy summer travel season ramps up, passengers have faced a rash of airline delays and cancellations, challenges with hotel bookings and plenty of customer service problems along the way.

Staffing shortages, overbookings and high prices are causing frustration for both travelers and travel industry workers. Customers calling traditional phone help lines are facing sometimes hours-long wait times before being able to interact with a live human — and even then may not get the results they want.

It's not unusual for those with unresolved frustrations with travel companies to air those grievances on social media. However, what has sometimes been an outlet for rage has also evolved into a platform for productive interaction, where travelers and customer service representatives use Twitter and Facebook as the venue to actually make rebookings, request cancellations and more.

With passenger complaints rising and customer service staffing challenges remaining, will social media still be able to handle the strain? Or to put it more succinctly: Will your shout-out on Twitter be answered?

Why travel brands care about social media in the first place

For more than a decade, companies have been well aware of the potential impact of social media on their brand perception.

The 2009 viral YouTube video "United Breaks Guitars," based on a musician's bad customer service experience, became a case study on the power a single customer's post can have.

As the musician's video garnered tens of millions of views, United's stock price dropped more than 10% in a week. After the media storm, United not only paid to repair the guitar but also had to do a lot more to repair its reputation.

Since then, travel companies have evolved to be generally at least somewhat responsive in dealing with public complaints over social media.

In fact, Emplifi, the social media consulting and service company, published a study showing the airline industry to be "one of the strongest" in terms of response time to queries over Facebook and Twitter, ranked second among 23 industries.

However, these responses have their limitations.

The same Emplifi report says the sheer volume of brand mentions over Twitter means that more than 75% of questions don't get answered. Many airlines, hotels and travel industry social media accounts are quick to respond, but just with a short message directing a passenger or customer to a more traditional service line.

The service line redirects point to the fact the airlines and hotels didn't necessarily set out to use Twitter as a primary mode of customer interaction, but rather as a place to defuse public unhappiness. These days it has evolved into a regular channel used for (some) communication.

That said, all human-centered outlets have their limits. Recently, a Twitter exchange at Delta went viral -- not because of the customer complaint, but for the airline agent's response — telling an upset customer to "calm down and allow me some time to work please??"

The complaint was resolved, Delta apologized and the passenger ended up satisfied. However, the exchange underscores both that you can indeed still reach humans with the ability to fix things via airline Twitter accounts — and that the world is watching the responses.

Airlines and hotels you can reach via social media

Most airlines and hotels prefer you contact them through their official channels via the web, phone or app. For many, though, the same customer service staff members monitor Twitter queries as well.

For example, to contact Delta, "the messaging feature on delta.com or the Fly Delta app is typically the quickest way to get in touch with an agent, so this is the recommended way to get in touch there," said Catherine Morrow from Delta's corporate communications group.

She added, though, "The Delta team members who serve customers via social media and through digital messaging are the same fully trained and equipped agents Delta customers reach when they call us." So your Twitter query, at least in Delta's case, will direct you to the same customer service centers as other methods.

Below is a list of some airlines and hotels that seem to have a good response rate to Twitter inquiries, and related links.

Once you know which brands have a stronger system in place than others for social media responses, the next logical question is how to increase the odds of getting help via these platforms.

There's no single best way to get help through social media. However, rather than tweeting out a complaint for all the world to see, some travelers report better outcomes by using direct messaging features to reach out to airlines and hotels via Twitter and Facebook.

"Twitter is my primary point of contact for airlines. In the past, I would post publicly on Twitter with my question. Now I just DM (direct message) airlines directly," frequent flyer Brandi Farmer Koontz told TPG.

For JetBlue, United and Delta inquiries, flyer Jody Roberts told TPG that she's had regular success communicating over Twitter. "I don't even tweet them on the main thread anymore, it's straight to my DM conversation," she said.

Despite the high volume of summer travel planning, Twitter-based support still seems to deliver for customers on multiple airlines.

There have been "no problems with Twitter lately," according to traveler Matthew Hill. "In the past couple months, I was able to fix several flights on American Airlines via Twitter. In some ways, it was a lot easier (than phone support) because I could type exactly what flight numbers I wanted to change to and the agent can see exactly what I want rather than trying to relay that info[rmation] over the phone."

The direct Twitter messaging strategy can work work with hotels as well.

"I used Twitter to figure out an issue with Hyatt," hotel guest Mike Williams told TPG. "The representative was incredibly helpful, and it took some figuring out, so they were persistent too. Worked better than chatting with someone on the Hyatt website."

"Pretty much every customer service interaction I have related to travel takes place on Twitter, and the results are always far better than phone support." Alan Pugh, head of customer success at TravelJoy, told TPG.

What to try when social media doesn't work

This busy summer of travel provides little space for recovery in the era of full planes and hotels plus a travel industry still facing staffing shortages. As a result, even recently reliable contact methods may be feeling the strain.

On any given day, particularly in the case of weather-based disruptions, even the most efficient customer contact centers can get overwhelmed by inquiries and complaints.

In those cases, and for general efficiency, TPG and airline representatives recommend you maintain the flexibility to try some alternate contact methods if your go-to strategy isn't working.

At the United Airlines Corporate Support Center, Kathleen Giblin, global response specialist, said: "Our Help Center has many different ways to reach us – via our Contact Centers, Facebook private message, Twitter direct message, or at the airport with a customer service agent either in-person or via 'Agent on Demand.' Customers can minimize time on hold by taking advantage of the offer for one of our Contact Center agents to text them and assist via SMS."

"While calling is always an option, contacting us through digital messaging is a secure and effective way to reach a Delta agent for help," said Catherine Morrow, coordinator at Delta's Media Relations and Brand Reputation group.

"The Messaging feature on delta.com or the Fly Delta app is typically the quickest way to get in touch with an agent, but Twitter direct messaging is also an option."

If applicable, be sure to leverage your status with airlines and hotels for inquiries. Using your hotel or frequent flyer elite number, any special elite customer status customer phone numbers or email addresses can be even better than social media.

At United, for example, "Premier members may call the Premier Priority Desk to connect with our most qualified agents who will be fully dedicated to providing our Premier members the highest level of service," Giblin said.

Delta's Morrow highlighted the airline's dedicated phone line for Medallion Members, noting that, "to access it, they should check the Contact Us section in the Fly Delta app."

Related: The sold-out summer: Tips to keep your trip on track and on budget

Twitter, Facebook and other social media channels are now often common and efficient ways to contact customer service and get results for issues with airlines, hotels and other travel industry companies.

Rather than using social media to publicly post a service complaint or general rant, the best way to get results is often to send a direct message to a company's Twitter or Facebook link with your specific situation and information.

As customer issues increase during a busy summer of travel, and industry staffing issues persist, be prepared to wait longer for results. You may also need to be flexible with your methods of contact. Consider reaching out through a company's website, app, and text-messaging services, as well as any elite status specialty desks (if applicable).

If none of those strategies work ... well, you can always try your hand at making a music video.