Remembering 9/11: Memorials that honor those lost and capture the history 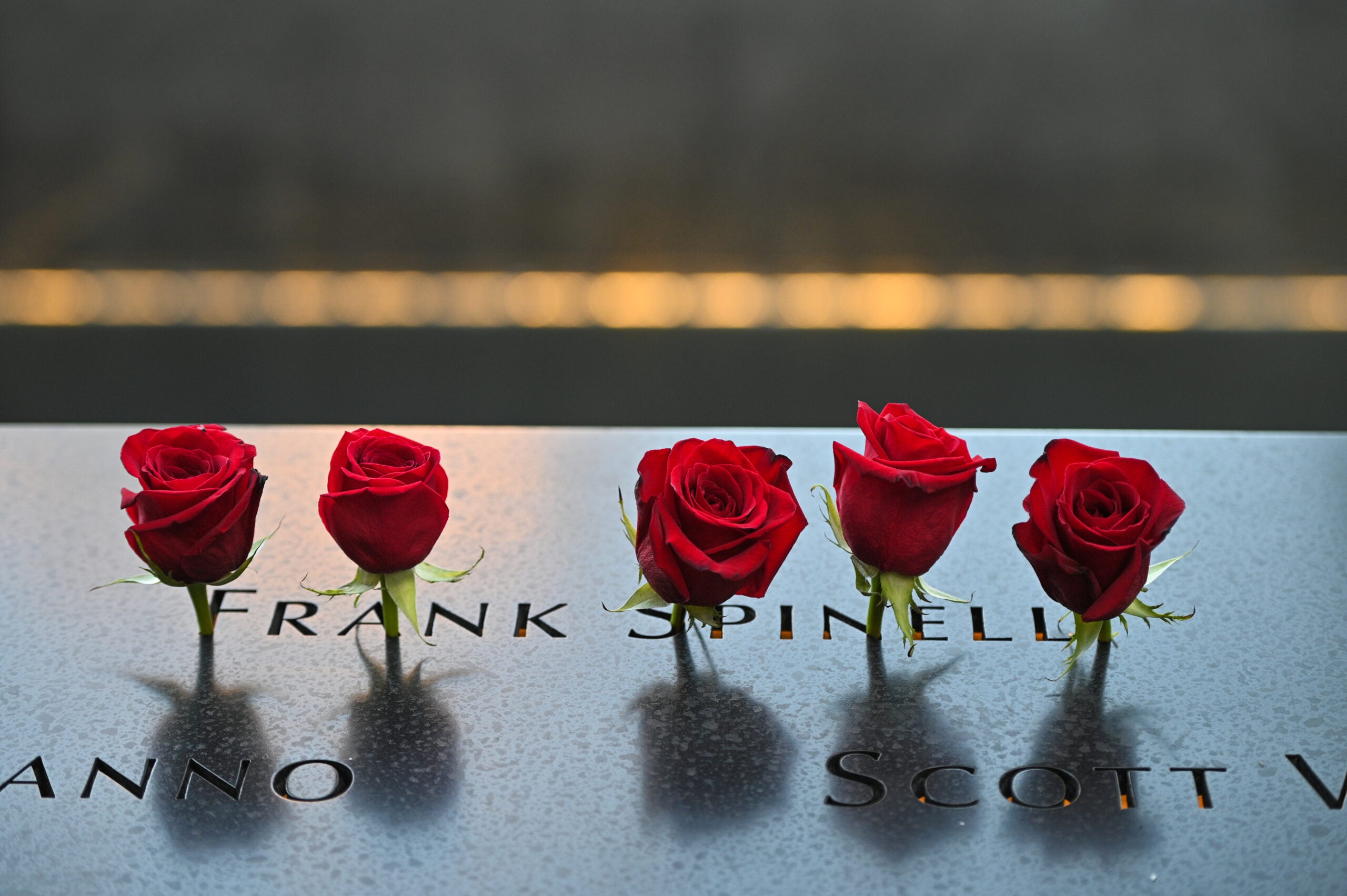 This weekend marks a somber anniversary in American history, as the nation marks 21 years since Sept. 11, 2001. To honor those lost, visitors will make pilgrimages to New York City; Arlington, Virginia; and Pennsylvania, as they do on this day every year.

In the initial years after the attacks, visits to the site of the World Trade Center collapse, the Pentagon and the field near Shanksville, Pennsylvania included very real glimpses of the physical damage done on that terrible day. But years of planning and construction have produced lasting, permanent memorials.

While these three memorials host ceremonies on Sept. 11 each year, anyone can visit them throughout the year to learn about the events of 9/11, the people lost and those forever affected — and see for themselves the places where American history was forever changed.

The site of the former twin towers in lower Manhattan is now home to the 9/11 Memorial and Museum. A tribute to those killed in the 2001 and 1993 attacks at the former World Trade Center buildings, it is the country’s “principal institution concerned with exploring 9/11, documenting its impact, and examining its continuing significance," according to its website.

Anyone traveling through this part of Manhattan is sure to notice the two reflecting pools, or weeping pools, which sit in the footprint of the former twin towers.

There, the names of each of the 2,983 people lost in the 2001 and 1993 attacks in New York are inscribed in bronze parapets around the edge of the memorial pools.

Underground, the 9/11 museum gives visitors an opportunity to explore the history and the lives affected in greater detail through written stories, photos and video, as well as artifacts — including pieces of steel from the towers, a heavily damaged FDNY fire truck and the Survivors’ Staircase that withstood the collapse of the buildings.

A floor-to-ceiling wall of photographs of the victims adds a tragically personal element to the events most only watched unfold on television.

The underground museum is open from 10 a.m. to 5 p.m. every day except Tuesdays. Advance tickets are required, with the final admission each day at 3:30 p.m.

Tickets for adults are $26, with discounts for children, seniors, college students, U.S. military veterans and FDNY/NYPD/PAPD officials. Family members of 9/11 victims and recovery and rescue workers can get in free of charge.

Arriving at the 9/11 Memorial and Museum

Parking is “extremely limited,” according to the memorial website, which recommends public transportation. There are a variety of subway lines you can take to get to the site, along with PATH, ferry and bus options.

Support the 9/11 Memorial and Museum here

The Pentagon: The 9/11 Pentagon Memorial

Dedicated on September 11, 2008, the 9/11 Pentagon Memorial pays tribute to the 184 victims killed in the attack at the Pentagon.

The memorial, described as “elegant and simple,” features 184 memorial benches across two acres of land just outside where American Airlines Flight 77 struck the building, surrounded by dozens of trees.

Each memorial bench has a pool of water beneath it that reflects light in the evenings. Each bench has a victim’s name inscribed, but with extreme care: The names of victims who were on board American Flight 77 are positioned so that when you read the name, you face the sky. When reading the name of a victim who was inside the Pentagon, you’ll face the building.

The memorial at the Pentagon is open 24 hours a day, and you can visit at no cost. There are no official guided tours. However, there are free audio tours available that last 24 minutes. You can download a tour or listen to it on your phone by calling 202-741-1004 from the memorial entrance.

The Pentagon Memorial Chapel is also available 24 hours a day for those who would like a quiet place to worship while visiting.

Arriving at The 9/11 Pentagon Memorial

The Pentagon and memorial are located in Arlington, Virginia, just across the Potomac River from Washington, D.C.

Because parking at The Pentagon is strictly enforced and limited to authorized Pentagon personnel, with the exception of accessible parking that is available, the U.S. Department of Defense recommends taking public transportation to the memorial site — specifically, the Washington Metro. You can take the yellow or blue line to the Pentagon stop, and, upon exiting the station, follow the signs to the Pentagon Memorial.

Because the Metro has maintenance and construction going on affecting some lines, check the system’s website when planning your visit to ensure you take the best line on that particular day.

In memory of the 40 passengers and crew members aboard United 93, the Flight 93 Memorial outside Shanksville, Pennsylvania, is now a place for loved ones and visitors to honor and learn about the events of September 11, 2001.

Operated by the National Park Service, the memorial site includes several elements. A visitors center has a permanent exhibit that tells the story of United Flight 93, and the actions of the 40 passengers and crew who helped thwart a planned terrorist attack on the U.S. Capitol. Visitors can take a self-guided tour of artifacts, along with interactive and multimedia exhibits.

Outside, a Forecourt and Visitor Shelter is a place to leave messages, ask questions of park rangers and rest in the shade for a moment before walking through the Memorial Plaza. Visitors can embark on a quarter-mile walk down the Plaza Walkway, which extends along the area of the crash.

Along the way, there is a view of the Flight 93 impact site in the distance, marked today by a 17.5-ton boulder. The site itself is closed to the public, but family members of the victims have access.

The quarter-mile walkway culminates with the Wall of Names, located under the flight's path. There, 40 marble stones are inscribed with passenger and crew member names.

The Flight 93 Memorial site also includes a newer element: the Tower of Voices, a monument dedicated in 2018 that is a 93-foot tall musical instrument featuring 40 wind chimes designed to simulate the 40 unique voices lost on Flight 93.

The Flight 93 Memorial is free of charge for all visitors. The grounds are open from sunrise to sunset year-round. The visitor center is open from 9 a.m. to 5 p.m. seven days a week but is closed on Thanksgiving, Christmas and New Year’s Day.

Arriving at the Flight 93 Memorial

As it is located in rural, southwest Pennsylvania, driving is the best way to reach this memorial site. The National Park Service has directions available on the memorial website, and estimates drive times of 90 minutes from Pittsburgh, 3.5 hours from Washington, D.C., 4 hours from Philadelphia and 5 hours from New York City.

The memorials in New York, at the Pentagon and near Shanksville are among many tributes and lasting displays honoring the victims and teaching about the history of 9/11 throughout the U.S.

The website for the 9/11 Memorial and Museum in New York includes a registry and interactive map of the many memorials — some smaller, but extremely meaningful — that can be found in other parts of the country, giving many the opportunity to remember the lives lost and the historical significance of the day in American history.

Related stories
Chase Sapphire Preferred vs. Bank of America Travel Rewards — which should beginner travelers get?
5 things to know about airline travel alerts
Don’t forget: You have one month to use up your Uber Rewards points
You can earn Southwest points with the Rapid Rewards Dining program: Here's how
Featured image by Getty Images
Editorial disclaimer: Opinions expressed here are the author’s alone, not those of any bank, credit card issuer, airline or hotel chain, and have not been reviewed, approved or otherwise endorsed by any of these entities.

Our points-obsessed staff uses a plethora of credit cards on a daily basis. If anyone on our team wouldn’t recommend it to a friend or a family member, we wouldn’t recommend it on The Points Guy either. Our opinions are our own, and have not been reviewed, approved, or endorsed by our advertising partners.
See all best card offers
Related stories
Guide
Chase Sapphire Preferred vs. Bank of America Travel Rewards — which should beginner travelers get?
Guide
5 things to know about airline travel alerts
News
Don’t forget: You have one month to use up your Uber Rewards points
Guide
You can earn Southwest points with the Rapid Rewards Dining program: Here's how