5 things that surprised me about Saguaro National Park

Articles
Chris Dong was a reporter at The Points Guy, where he covered the intersection of credit card rewards and travel.
April 14, 2021
•
7 min read 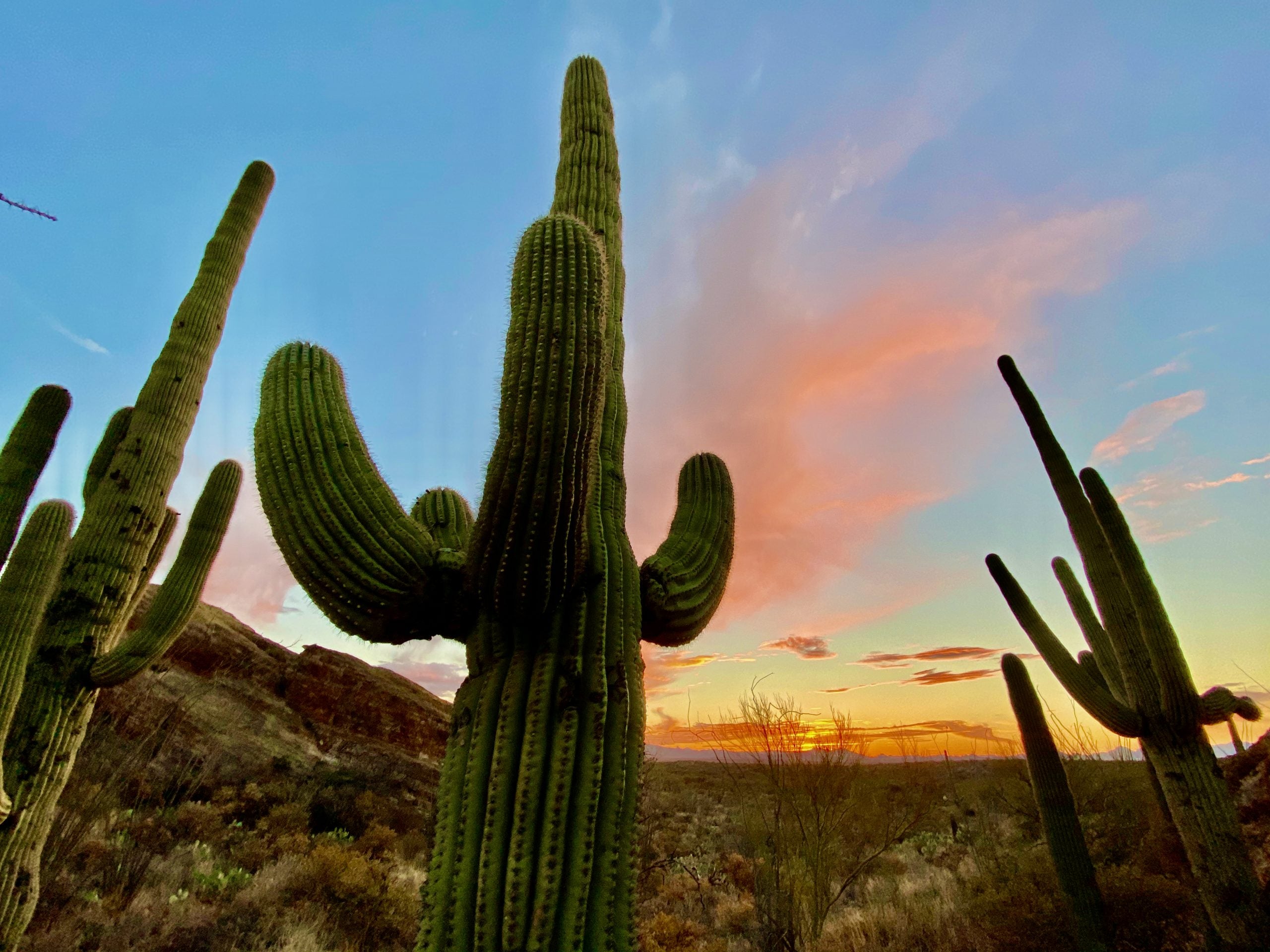 Over the past year, I've had my fair share of outdoor adventures.

Like many others, I shifted my international travel plans to open-air domestic experiences a bit closer to home. That meant visiting national parks throughout the West Coast (as well as Everglades National Park in Florida).

One of the parks that I visited is often seen as a visual embodiment of the U.S. desert region. The destination? Saguaro National Park. With its massive, human-like arms, the saguaro cactus is certainly striking in appearance besides being synonymous with the region.

Saguaro is a 90,000-acre desert oasis located in southeast Arizona's Sonoran Desert, straddling the city of Tucson. I drove and hiked through Saguaro during my 10-day road trip, an incredible 2,000-mile journey that spanned four national parks and four states.

Here are five things that surprised me about Saguaro National Park (pronounced suh-waa-row).

It's actually split in half by the city of Tucson

The first surprise is that Saguaro is two parks in one. That is, the city of Tucson -- and its 1 million residents -- actually separates the two sections (called "districts") of the park.

Related: 8 national parks that are spectacular in spring

The sections are separated by about 30 miles, and depending on Tucson traffic (which can get very busy), it should take you about an hour to get from one district to the other.

Both districts became what is now known as Saguaro National Park in 1994. However, Saguaro was designated as a national monument way back in 1933.

These two districts might be only 30 miles apart, but...

The two districts are very different

While you only have to pay one park entrance fee, the two districts that form Saguaro National Park each have their own unique vibe.

On the western side, you have the Tucson Mountain District, the smaller of the two areas that also boasts denser saguaro forests, more scenic drives and a lower elevation that make it ideal if you're short on time. (It also happens to be the more popular district.)

For instance, you can drive along the unpaved six-mile-long Bajada Loop that offers magnificent views of the foothills and numerous opportunities for fantastic photos while still providing easy trailhead access for short- to medium-length hikes.

Meanwhile, the eastern Rincon Mountain District is the more rugged, remote section that offers even more hiking and is the only area that allows backcountry camping. Of note, there are no campgrounds accessible by road in the park at all. The nearest campground to a road is a 5.9-mile trek to Douglas Spring in the eastern district.

Regardless of which section you choose, Saguaro is somewhat of a hiker's paradise with over 165 miles of trails and sweeping views in almost every direction.

Saguaros are old...and only grow in the Sonoran desert

The first thing you should know is that saguaros are old. Like, really old.

A saguaro won't grow any flowers until it turns 35 and it won't get one of its first iconic "arms" until it reaches 50 to 75 years of age. In fact, a saguaro can live for 200 years or more.

And although these famous cacti with arms are the largest in the U.S., they're actually not found everywhere. Many people (myself included) may conjure up an image of a saguaro when they think of any cactus that lives in the western U.S.

However, the saguaro is really only found in a small fraction of the continental U.S.'s desert landscapes.

That includes a small sliver of Arizona, New Mexico and California, where the Sonoran Desert lies. And even within the Sonoran Desert, the saguaro needs very specific conditions to thrive, including up to 4,000 feet of elevation and temperatures that won't dip below freezing.

Related: How 2,000 miles, 4 national parks and a $10 rental car made me love the great American road trip

In addition to the saguaro, the park has wildlife galore

Many of these plants may normally appear lifeless but are very well adapted to long, dry periods and drought. In fact, many plants will flower within just 48 hours after a rainfall.

One such plant is the ocotillo which transforms from the appearance of dead sticks into a blossoming shrub with green branches and new leaves.

With a wide range of elevation, there are also a huge variety of animal species that make Saguaro National Park their home. That includes unusual animals, some of which are only found in southern Arizona and the Sonoran Desert, such as roadrunners, horned lizards and Gila monsters.

You can visit the park in just one full day

As long as you plan ahead, it is actually possible to visit both sections of the park in one day to get a quick taste of both districts.

A good bet is to split your day between the two sections of the park and focus on longer hikes in the morning (before the afternoon heat arrives). Then, have lunch in between. In the afternoon, it may be wiser to do a scenic drive with stops for shorter walks or hikes along the way.

For the more adventurous, one option is to do Wasson Peak, a strenuous eight-mile-hike and the highest point in Saguaro National Park's west district. Later in the afternoon, you can have a more leisurely drive along the Cactus Forest Loop in Saguaro East.

While impressive in and of itself, Saguaro National Park is about much more than just the majestic saguaro. It's full of interesting surprises from incredible hikes, vistas and scenic drives to a diversity of plant and animal life spread throughout the two park districts.

It's no wonder this national park that bisects Tucson is getting busier by the year. More than one million visitors entered Saguaro in 2019 for the first time in the park's history.

If you plan to make a visit on your own, bring hiking shoes, lots of water and an appetite for adventure.