You Only Get One First: How to Make Your Baby’s First Flight Special

Articles
Darren Murph holds a Guinness World Record as the planet's most prolific professional blogger. He's an explorer at heart, having traversed nearly 50 countries and all 50 US states. He's flown over one million miles on Delta alone, and serves as a senior writer at TPG.
Follow
Feb. 14, 2019
•
9 min read 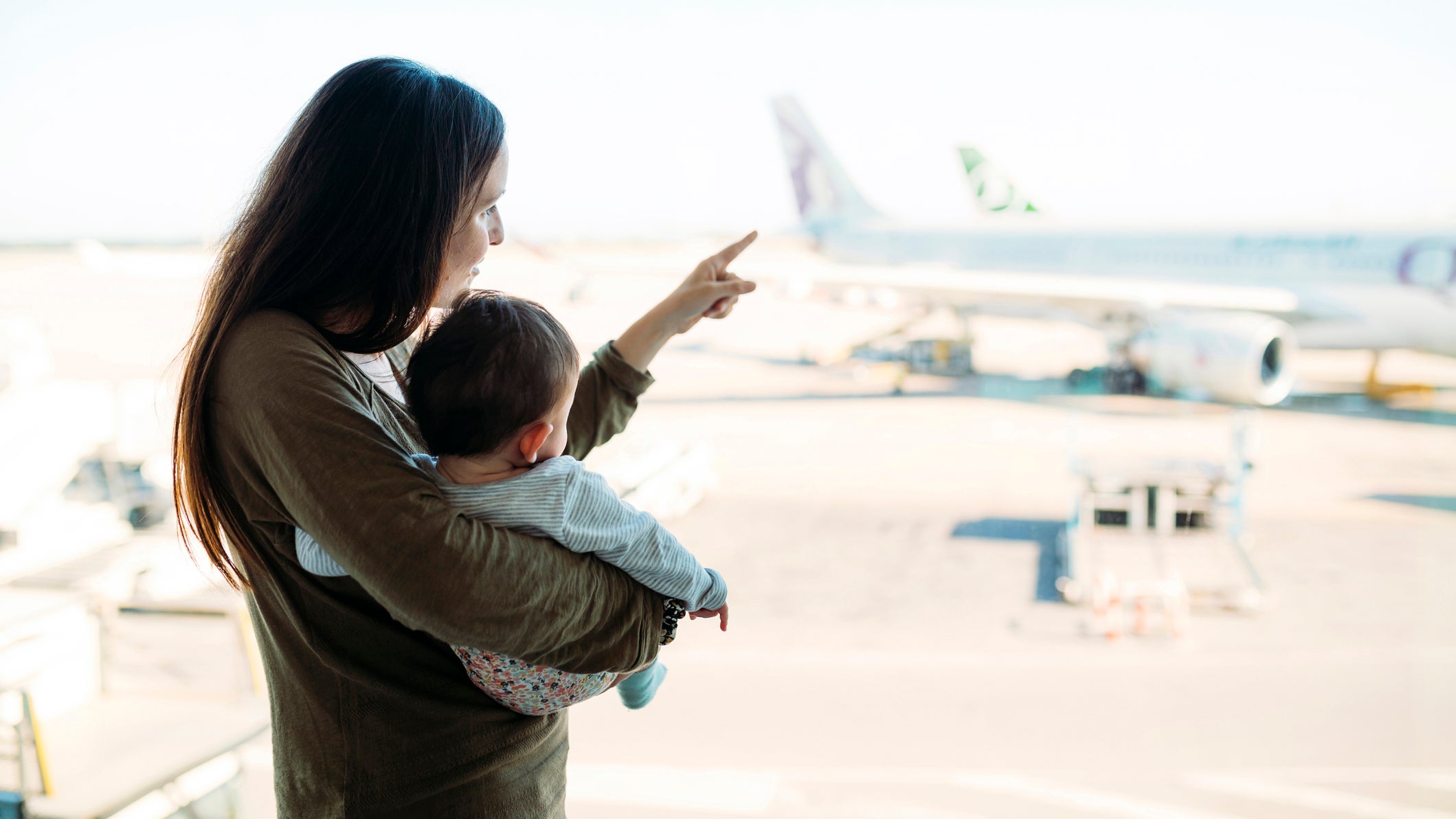 You can only have your first flight once, so it's worth doing everything you can to make it as memorable as possible. Of course, if it's your newborn's first flight that burden of responsibility shifts to the adult in charge. With more than 900 flights under my belt and a million (and counting) miles flown on Delta Air Lines alone, I still remember my first experience in an airport and on a commercial airliner.

Recently, I was privileged to make a first flight special for someone else. My wife and I decided to keep right on traveling after adopting a newborn, and I'm happy to report that his first flight(s) were not only successful, but incredibly memorable. If you're looking to make your little one's first flight one for the record books, here are a few tips based on my experience.

On our baby's first flight, we brought along my parents. That proved to be wise. Not only were two additional hands helpful in keeping everyone cool and collected, but it provided built-in photography assistance. If possible, invite grandparents, aunts, uncles or your hippest friends to come along for baby's first trip.

Seasoned parents may giggle, but we found the four-adults-to-one-child ratio to be ideal, and my parents were able to capture priceless photos and videos of our family, freeing me from selfie duty and giving us more moments to soak everything in together.

Dress for the Occasion

Believe it or not, it's pretty easy to find onesies and small toys emblazoned with your favorite airline. We even have a few travel-centric onesies in the TPG Shop! If you're able to plan ahead and you know which airline you'll be on, it never hurts to sport the logo. We wrapped our infant in a Delta onesie, which was met with ear-to-ear grins from the check-in desk, TSA security workers, Sky Club personnel, boarding agents, the captain of our flight and our entire onboard flight crew.

These folks don't see true newborns often, and seeing newborns dressed by AvGeeks is an even more rare sight. It's a simple gesture, but it makes clear that you (and your baby!) are stoked about the trip ahead. With that positive attention usually comes unique opportunities, such as a photo op in the cockpit before pushback, baby's first wings or even keepsake flight cards like the one we received here on an Airbus A320.

If you're able to access a lounge operated by the airline you're flying on, and you get there early, it's natural to show off your baby's onesie and strike up a conversation with employees. Lounge attendants generally look to go the extra mile for loyal flyers who are welcomed inside and, if you mention that it's your baby's first flight, they are in a great position to call down to the gate and spread the word for you if they have time and are feeling extra nice.

While we were in the Sky Club, one agent in particular not only called ahead to let the crew for our flight know of our baby's special day, but she also gave us four drink tickets to celebrate the occasion.

Board Early and Don't Be Shy

You can't go wrong with more time. Airlines look to run an on-time operation, and while flight crews would love to drop everything and dote over your newborn, they have certain metrics they have to meet. If you show up to the gate early, board early and get yourself sorted early, that leaves more time to casually talk with your flight crew.

We didn't go out of our way to gloat about our newborn's first flight, but a tiny human on an airplane typically provokes inquiries from flight attendants. We weren't shy about sharing our adoption journey, confirming that this was baby's first trip and detailing the locales we were jetting off to explore. Remember that flight crews generally love travel — it's why they do what they do — and having a newborn on a flight serves as inspiration that tomorrow's frequent flyers are being formed today.

In our case, this led to our flight crew being extra attentive, offering up a steady stream of snacks and drinks and the opportunity to sneak into the cockpit before departure with a photo taken by the captain himself. If you're looking for a similar photo opportunity, just ask! Chances are your newborn will be the key to grabbing a photo that you'll all savor for a lifetime.

I'm not saying that being one of more than 400 passengers aboard an Emirates A380 weakens your chances for recognition, but it probably isn't going to work in your favor. If you want to increase the probability of having a truly memorable experience on your baby's first flight, plan on a shorter hop. Ideally, plan on flying on a smaller plane. The fewer people onboard, the easier it is for the flight crew to recognize the special occasion and go out of their way to treat your family like VIPs.

In our case, we booked a ~1,000 mile jaunt on a 110-seat Boeing 717. That's a long enough flight to enjoy extra snacks, drinks and photo opportunities, but a small enough plane to increase the odds of having the only first-flyer onboard. In our case, it created an environment where the captain announced to the cabin during pushback that our son was aboard for his first flight. Upon landing, he thanked everyone for flying "Baby Murph Air Lines," and wished us all well with a handshake as we deplaned. Those kinds of special touches are less apt to occur on larger planes with higher passenger counts.

It should come as no surprise that those in the forward cabin receive more attention during flight. If you're looking for more personalized service, more room to stretch out and take photos, and less competition for the restroom (ahem, changing table), it may be worth coughing up extra miles or dollars to sit up front. Beyond the practical implications of having a wider seat to cradle your kiddo, the typical 2-2 seating configuration also lends itself to a private experience for parents.

In our case, we were upgraded to first class with a complimentary Medallion upgrade (another perk of ranking highly in Delta's hierarchy as a Diamond), but those seeking to ensure an unforgettable first trip should probably pay for a confirmed first/business class seat rather than playing upgrade roulette. We were able to take far more photos up front without bothering surrounding passengers, and it was much easier to flag down a flight attendant when we inevitably needed napkins and the like.

Your baby's first flight will be over before you know it, and it's worth planning ahead to make it as memorable as possible. We found that there's no need to ask for special favors. By simply showing up early (and in turn, not crazed), dressing for the occasion, starting our journey in an airline lounge and being happy to talk about our baby's first trip, the other pieces just fell into place.

Airlines generally have keepsakes onboard, and flight crews have a natural tendency to respond with generosity and care when one of their passengers is new to the world of flying (and to the world, period). You may well make the day of a flight crew member by being enthusiastic about your newborn's first flight, and if you are active in capturing the experience, you're more likely to have surprising and delightful moments delivered to you.

What are some things that an airline has done for your newborn to make her or his first flight special? Let us know in comments and join the discussion in our TPG Family Facebook group. Here are some other first flight articles to help you (and your little one) get onboard and in the air: