Lost vs. delayed baggage: How are they different and how do you protect yourself?

Articles
Ryan Smith is a credit cards writer at TPG and is on a mission to visit every country in the world. He lives in southern California.
Follow
July 20, 2022
•
10 min read 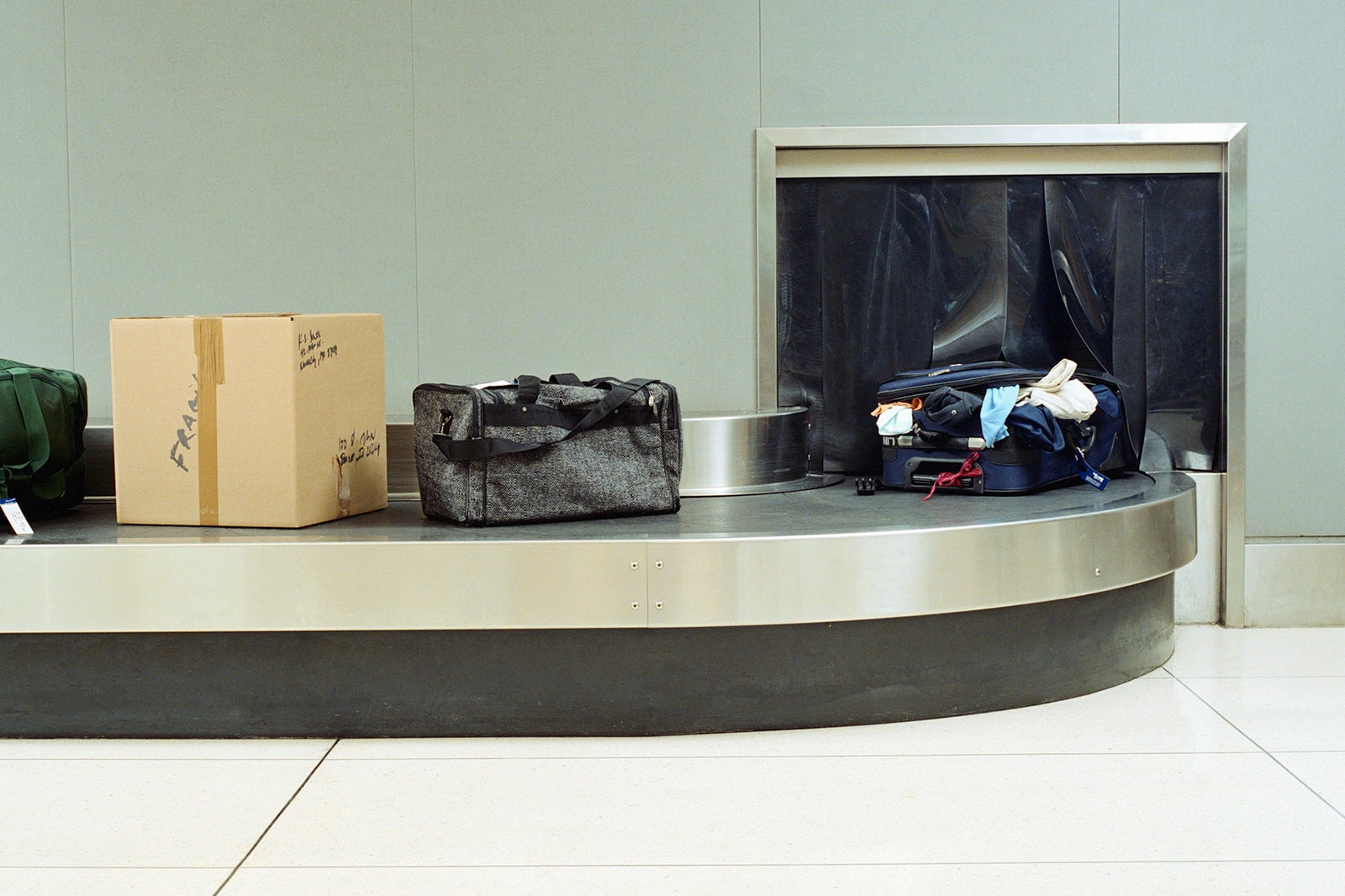 "Oh no! The airline lost my suitcase!" This is the most common thing we hear from readers and friends alike when a suitcase doesn't arrive as expected. However, your suitcase likely isn't lost — it's probably just delayed. What's the difference? I'm glad you asked.

Navigating this stressful experience with your luggage can be complex. That's furthered by the fact that airlines differentiate lost baggage from delayed baggage in varying ways. Today, let's look at how these situations are different, your rights concerning both and how you can best protect yourself in case your bags are lost or delayed in the future.

What's the difference between delayed and lost luggage?

Delayed baggage means your checked luggage has not arrived at your destination on time. It is generally considered to be lost after 21 days for most international airlines and 5-14 days for U.S. carriers. Which international convention a country belongs to will largely determine your rights to compensation.

For international flights, the Montreal Convention of 1999 is in effect for countries that have ratified it (we'll go into more detail on that later on). This convention allows airlines to classify luggage as delayed — not lost — for up to 21 days.

However, within the U.S., airlines typically don't wait that long to consider your suitcase to be lost. Here's the prescribed time frame for some popular airlines:

Your rights with delayed baggage

If your suitcase doesn't arrive with you at your destination, you're currently experiencing delayed baggage. There are steps you should take immediately so you can get reimbursed for expenses you incur.

Assuming your suitcase didn't arrive at your destination on time, you'll likely need a few immediate things while waiting, like toothpaste, a toothbrush and a change of underwear. How airlines approach what you can and can't be reimbursed for — and how much they'll spend reimbursing you — can vary. Here's a sample from U.S. airlines:

For flights involving countries in the EU, you should be covered by passenger rights under EU 261. Under these rules, you are eligible for reimbursement only for necessities while waiting for delayed baggage.

Related: Some US domestic flights now eligible for cash if delayed or canceled

It's important to note that your rights to reimbursement while waiting for delayed baggage will only take effect after submitting a claim with the operating airline. For this reason (and others), it's essential to submit your claim as soon as possible. Purchases you make prior to submitting your claim may not be reimbursed.

Your rights with lost baggage

Flights within the U.S.

Within the U.S., the Department of Transportation has rules covering lost luggage. Airlines must establish a protocol for lost luggage claims and cannot set their reimbursement limits below $3,500 for a lost bag. Additionally, airlines are not required to reimburse you for certain items, such as expensive jewelry, fur coats, artwork, computers, money and fragile items.

Delta Air Lines has exceeded this minimum, establishing a maximum reimbursement of $3,800 for domestic flights. (Prior to Jan. 31, 2017, the airline allowed for purchasing excess coverage, but that has ended.)

Alaska Airlines, however, still offers extra liability, which you can purchase at a rate of $1 per $100 of value added to the $3,500 in standard coverage for lost baggage. The maximum you can purchase is an additional $5,000 in liability.

Related: 7 steps to take when an airline loses your luggage

United Airlines has taken a different approach. If the airline can't find your bag after five days, you can submit a simplified claim with minimal paperwork for a flat $1,500 in reimbursement. If you need to claim more than that, you can file your claim online for a maximum of $3,500, which requires supporting documentation.

The Department of Transportation's rules provides for reimbursement of checked baggage fees you paid on any luggage that is lost or delayed. Delta has the simplest process of the major carriers, providing a claim form you can submit online.

Mobility equipment is specifically highlighted as an exception in the Department of Transportation's liability limits. If an airline loses or damages mobility equipment or devices that assist persons with disabilities, the airline is liable for the full cost of replacing or repairing the item(s).

The Warsaw Convention was originally signed in 1927 and replaced by the Montreal Convention for those countries which have signed the latter.

The Montreal Convention covers the majority of countries, including the United States, the United Kingdom and all countries in the European Union. Flights governed by the Montreal Convention have a higher reimbursement for lost suitcases. The limit is 1,288 Special Drawing Rights, which will be converted to the local currency by the airline reimbursing you. The value in U.S. dollars at the time of writing is approximately $1,677.

Within the EU, recent regulations are intended to increase coverage for mobility and assistance devices that are lost or damaged by airlines.

The Warsaw Convention covers countries such as Dominica, Iran, Liberia, Papua New Guinea and Trinidad and Tobago. Flights governed by the Warsaw Convention have reimbursement limits of approximately $9 per pound of your checked bag, with a limit of around $640 per suitcase. The maximum liability for a carry-on bag is $400.

Interestingly, there are countries that aren't party to either convention, meaning there are no international passenger rights at play. These include Bhutan, Nicaragua and multiple island nations in the Caribbean and the South Pacific.

Important things you should know about the claims process

Each airline has its own claims process when seeking reimbursement for lost baggage. Check the requirements of the airline you flew with to see what specific documents and timelines they require. However, some aspects of the process will be the same across all airlines.

The first element to understand is that there are coverage limits. This is why airlines tell you to keep any valuables in your carry-on bag since these are less likely to be lost.

Next, understand that you are not guaranteed to be paid the maximum reimbursement amount. These are maximums, but the airline will only reimburse you for the value of what you've lost. That means you'll need to tell the airline everything that was in your checked suitcase. Remembering exactly what you packed may be difficult, and you'll also need to provide original purchase dates and costs. Assembling these documents may require credit card statements to show where you purchased an item, for how much and when. The airline may also ask for original purchase receipts.

Then, understand that the airlines will depreciate the value of these items to a current value. If you purchased a video camera five years ago for $1,000, the airline will likely tell you it's not worth $1,000 today.

Lastly, the maximum liability amount includes the money that the airline has already given you during the "delayed baggage" phase. Thus, if you submitted a claim for $300 in necessities during the waiting period, this $300 will be subtracted from the final reimbursement value that the airline will pay out after deciding that your suitcase is lost.

Protecting yourself against expenses from delayed and lost luggage

Your suitcase hasn't arrived at your destination. Unfortunately, it contains your dress clothes for an important business presentation first thing tomorrow morning. You're certain that the airline will reimburse you for deodorant and a hairbrush, but what about the work-appropriate clothes you now need to purchase? Are those "necessary expenses" or not?

While my wife and I were in northern Canada and our winter coats were in a delayed bag with WestJet, those items were considered necessary and covered in our reimbursement claim. However, these decisions are subjective and open to interpretation by the person evaluating your claim.

Thus, relying on your airline's reimbursement policy may not be sufficient. You could count on a separate travel insurance policy that you purchased prior to departure. Another option is the coverage provided by the credit card you used to pay for your trip.

Additionally, taking some preventive measures before you give your suitcase to the airline might help you.

If you've considered checking a bag versus going with just a carry-on and chosen the former, you hope and rightly expect that your suitcase will arrive on schedule. If that doesn't happen, you have certain rights while waiting for your delayed baggage.

Remember to submit a delayed baggage claim as soon as you realize your baggage hasn't arrived. You'll generally be able to spend $50-100 a day for five days on essentials like toiletries and clothes while you wait for your bag to arrive.

The general rule is that it can take up to 21 days to declare your baggage as lost, but some airlines — especially in the U.S. — will make the decision in a shorter time frame, usually within 5 to 14 days. You have the right to be reimbursed for what the airline has lost but note that it is subject to limits and depends on your ability to prove exactly what you've lost, and how valuable it is.