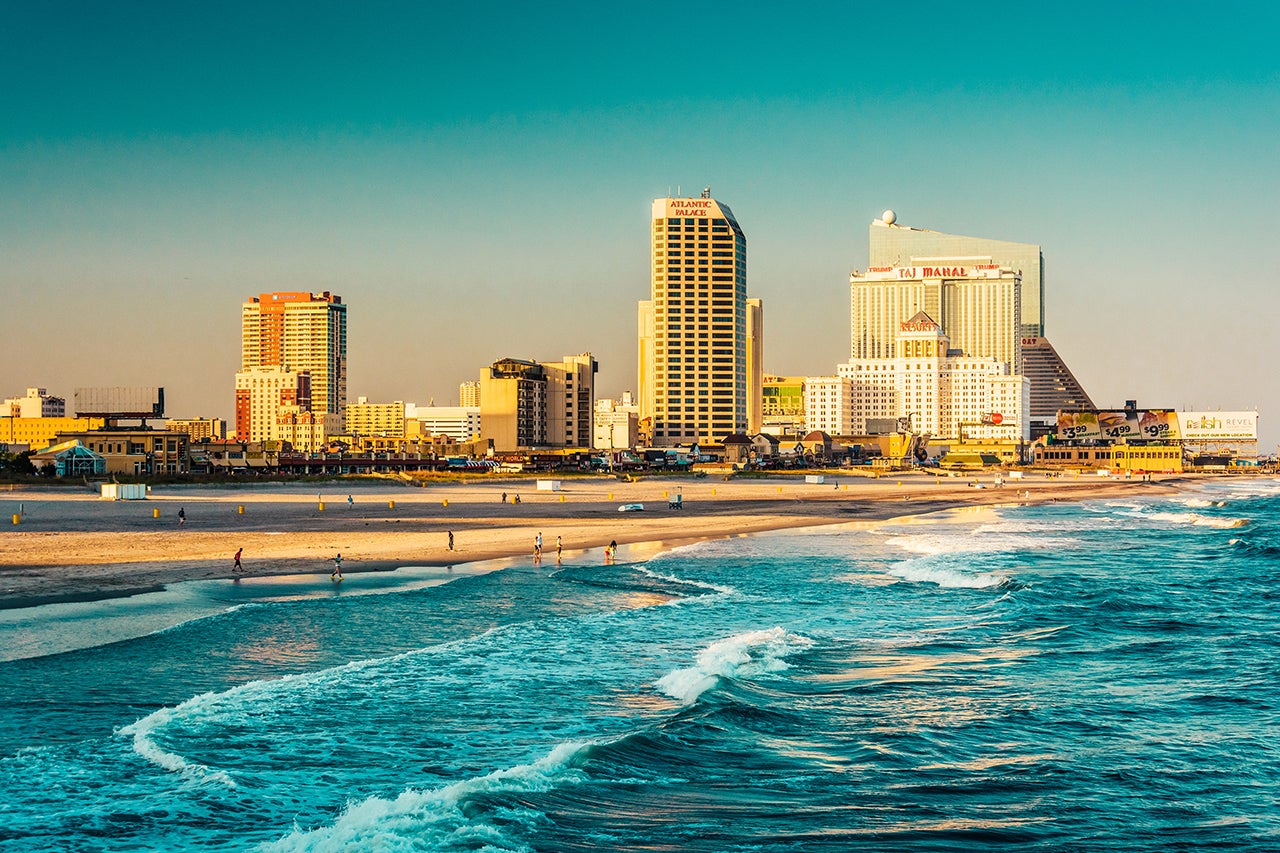 As part of a series on long weekend getaways, we’re showing you how to make the most of your summer Fridays, school breaks and the season’s extra-long days. Check back every week for inspired itineraries and easy city escapes.

Atlantic City has long seemed akin to an unlucky gambler — someone who long ago lost his or her last dollar. Five of the city’s casinos went belly up between 2013 and 2016, and the state seized control of the beleaguered resort town in 2016. It was snake eyes for AC.

But it seems the rebirth of Atlantic City has already arrived. Yes, Atlantic City is still rough around the edges, particularly along Pacific Avenue. But the area around the Boardwalk (which happens to be guarded with 24-7 surveillance cameras), is rapidly improving. And a number of heavy hitters are reinvesting in what was once a true American Playground.

Two highly anticipated casino-hotels, the Hard Rock Hotel & Casino Atlantic City and the Ocean Resort Casino, will both open on June 28. The Hard Rock has invested over $500 million for a complete overhaul of what was once the Trump Taj Mahal. And the Ocean Resort is taking up residence in the former Revel casino.

By the end of the summer, a handful of young entrepreneurs from Philadelphia will open a number of hip microbreweries and cafes in AC.

For the first time in years, Atlantic City is poised to be one of the most exciting summer destinations on the Eastern seaboard. If your interest is piqued (ours sure is) here's how to enjoy a long summer weekend in New Jersey's high stakes resort town.

Atlantic City is just an hour-and-a-half-long, 62-mile drive from Philadelphia, and a doable two-and-a-half-hour trek (about 127 miles) from New York City. But travelers will also find that AC is easy enough to reach with public transport.

For travelers with the time to fly in, Atlantic City International (ACY) is a convenient option, just 10 miles northwest of the city proper. Flights to and from this AC airport are limited, however, making Philadelphia International Airport (PHL) a more likely choice. This major East Coast hub is just 65 miles from Atlantic City. Travelers can take the SEPTA commuter rail from the airport to 30th Street Station — a 15-minute ride from the airport — to catch the Atlantic City Rail.

Where to stay in Atlantic City

Atlantic City’s Las Vegas style-casino, the Borgata Hotel Casino & Spa, has been a winner since it first opened its doors in 2003. The rooms are stylish and comfortable, and AC's successful casino just became the first in town to offer sports betting. For a weekend of relaxing and pampering, make an appointment at Borgata’s Spa Toccare. As a member of MGM's M Life Rewards program, travelers can enjoy status matching with World of Hyatt and earn 5 Hyatt points per dollar spent on their stay in Atlantic City.

"We believe there is room for another 'A' player in this marketplace," Hard Rock Hotel & Casino Atlantic City investor Joe Jingoli told The Points Guy. "You'll see when we open that the Hard Rock has started an arms race in Atlantic City, and that's good for the entire city. It'll be about upping the ante. It's going to be an exciting summer." At the Hard Rock, travelers can expect modern details like glass-enclosed showers, signature Rock Spa bath products and, in select rooms, ocean views.

The Ocean Resort Casino promises to impress guests when it opens with ocean views from even the most basic guest room. Rooms have a distinctly masculine aesthetic — dark wood and leather accents, for example — and a high-end Exhale Spa will make this a desirable choice for weekenders.

On the northern end of the boardwalk, travelers can check in to the Tropicana Casino & Resort, which recently invested more than $200 million in upgrades, renovations and enhancements. Here, guests can enjoy a number of indoor and outdoor pools.

Just be sure to use the Capital One Venture Rewards Credit Card and book at Hotels.com to get 10x miles on your stay through Jan. 31, 2020 at one of these casino hotels. And don’t forget that the Hotels.com Rewards program gets you one free night for every 10 paid nights you stay, effectively boosting your return to 20% when you pay with the Venture card.

And for an affordable, more traditional points hotel option, travelers can book a room at the TRYP By Wyndham Atlantic City, a member of the Wyndham Rewards program. An award night will cost you 15,000 Wyndham Rewards points.

What to eat and drink in Atlantic City

When I tell folks how great the dining is in Atlantic City, I'm typically met with skepticism. But hear me out. There are a surprising number of high-end restaurants in town, and the food ranges from casual to wildly over-the-top.

Chef Vola's reminds me of the paladares I've enjoyed in Cuba, since it’s in a hidden dining room in a private home. It’s difficult to score a reservation, and you might even need a referral. But if you can score a seat, don't leave without trying the ricotta cheesecake.

The Atlantic City outpost of Stephen Starr's Buddakan, which is housed in the Pier, is for travelers who love Pan-Asian cuisine. Order the crispy calamari salad with sweet miso dressing and the sublime seared sea bass.

And Girasole may be the best Italian restaurant in all of Atlantic City. The dishes are derived from old Neapolitan family recipes, and though there’s good brick oven pizza, you'll want to opt for the pasta. The risotto scoglio (fresh seafood, olive oil, garlic and diced tomatoes) may alone be worth the trip to AC.

Meanwhile, White House Subs — an old school joint that opened in 1946 — serves the second-finest cheesesteak in the country. (The best is sold at Mama’s in the suburbs of Philadelphia.) Order the regular.

Keep your Chase Sapphire Reserve card on hand for a high return on spending, earning travelers 3 points per dollar spent on dining. The Chase Sapphire Preferred card is also a solid option for travelers looking to rake in points for dining. So go ahead — order a second cheesesteak.

What to do in Atlantic City

Gambling may seem like an obvious choice, but there’s so much more to do in Atlantic City than place bets and play the slots. You can spend long mornings cycling along the Boardwalk now that the bike riding hours have been extended until noon. (For all of the issues Atlantic City has had, maintaining the Boardwalk isn’t one of them.)

Or travelers can hang at one of the many beach bars. Legal gambling joints opened in 1978, but it took casinos until about the mid-1990s to discover that a beach and an ocean were right across the boardwalk.

Take your winnings to the Tanger Outlets, an open-air outlet mall with more than 100 storefronts including Nike, Brooks Brothers and J. Crew.

When Atlantic City hit its nadir, entertainment took a dive, but it’s starting to bounce back. There are a number of noteworthy shows at the Borgata, for example: Britney Spears, Jerry Seinfeld and Halsey are just a few of the upcoming headliners.

At the Hard Rock, travelers will be able to catch performances by Carrie Underwood, Pitbull and Amy Schumer.

And don’t forget about the surfing. Though it's often overshadowed by the mega casinos, Atlantic City is one of the single greatest surf spots along the Jersey coast due to eastern and southern swell exposure.