Does the Costco Anywhere Visa Deserve a Spot in Your Wallet?

Articles
Edward Pizzarello covers family travel for TPG Family and also blogs at Pizza in Motion. You can find him hosting the Miles to Go podcast and eating doughnuts on Twitter and Instagram.
Follow
Jan. 02, 2019
•
9 min read 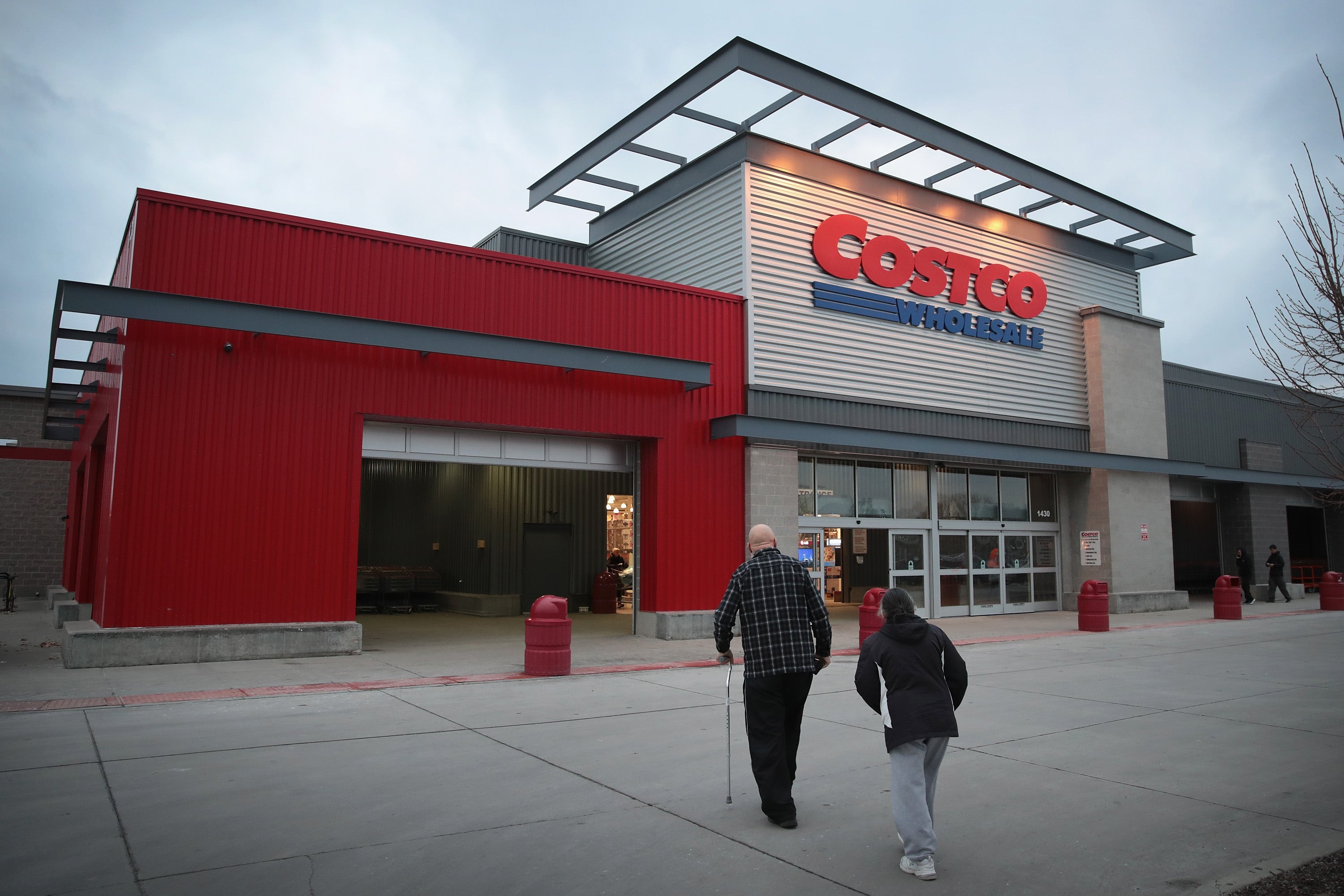 I'll admit it, I'm a Costco loyalist. Or perhaps enthusiast. Or maybe even slightly obsessed freak. When it came time for TPG to talk about the Costco credit card and why it was (or wasn't) a great idea to have one, I was their guy.

Recent years have been pretty big for Costco loyalists, with the move away from Amex and the launch of the Costco Anywhere Visa® Card by Citi. There have also been some smaller improvements to the card, like the elimination of foreign transaction fees and changes to the credit card landscape that challenged whether the Costco Visa was really the best card to use at Costco. So as we approach 2019, should the Costco Visa be in your wallet if you look forward to entering the pearly doors of Costco even half as much as I do? Let's break down the pros and cons of Costco's cobranded credit card.

4% Cash Back on Gas Purchases, Up to $7,000 Per Year: Getting a 4% rebate on eligible gas purchases with your credit card isn't bad (though it also isn't the best). When you couple those earnings with the sort of savings that Costco gas stations already provide, this can be a double whammy if one is conveniently located near you. Look no further than the long lines at the pumps to convince you that Costco is a good place to fill up. The $7,000 yearly cap on 4% back on gas (then 1%), means the vast majority of cardholders won't have to worry about maxing out this category.

3% Cash Back on Restaurants and Travel: 3% cash back on restaurants and eligible travel is solid, especially for a card with no annual fee. It's not the biggest return on restaurant spend. Chase Sapphire Reserve® earns 3 points per dollar on dining and travel and the American Express® Gold Card earns 4 points per dollar at restaurants. Depending on how you value Ultimate Rewards and Amex Membership Rewards points (TPG currently values them at 2 cents each), those are healthier returns, though both come with substantial annual fees. If you are looking for a no-annual-fee option that wins on dining, check out the Uber Visa Card that awards 4% back on dining.

Also note the broad definition Costco has for travel. Quoting from its website:

The big one you might not be thinking about there is Costco Travel, but we'll get back to that in a minute. The best travel geeks among us will find a way to get the most value out of points and miles they earn, redeeming for business class seats to luxurious destinations. However, for people who might not want to spend that time on ways to redeem their points and miles, it's hard to argue with a 3% rebate on all of your travel-related spend.

Travel Benefits You'll Use: The Costco Visa comes with car rental insurance (primary coverage for international travel, secondary for domestic US rentals. You'll also receive roadside assistance along with other benefits like no foreign transaction fees. You may still want to consider purchasing your own travel insurance, but heading out on the road with the Costco Visa will protect you in a number of ways.

The "If You're Only Going to Carry One or Two Cards" Reasoning: I debated labeling this section the Swiss Army knife (you can probably buy one at Costco) of credit cards. The biggest argument I hear against the Costco card is along the lines of, "I can do better on purchases at restaurants or travel or gas from this other great card."

Yes, you probably can, but let's face it, not everyone carries a dozen or so credit cards in their wallet like I do. Many people I talk to only carry one or two. Where you'll find that the Costco Visa excels is at being an all-around very good card, offering solid bonus categories on many popular purchases, especially if you do a bit of your grocery shopping at Costco. The categories don't change and only gasoline has a cap, and a high one at that. There are cards with better car rental insurance, but the Costco Visa offers better than average benefits here and many other places.

You could carry a bunch of cards and color-code them with little dots so you know which ones to use for different categories, just in case you can't commit it all to memory as you get older (guilty). But, if you're going to carry one or two cards, the Costco Visa stands out as a really good jack of all trades.

The Not So Good Stuff

There are plenty of reasons to carry the Costco Anywhere Visa Card by Citi, but the card is not the right fit for everyone. Here are a few reasons you shouldn't get the Costco Visa:

You're Not a Costco Fan: Wait, what? Such people exist? Costco lovers are a dedicated breed. I should know. Upon returning home from a long trip away a couple of years ago, the first thing my wife said when she greeted me was, "Welcome back! Costco called while you were gone. They got worried and sent out an Amber Alert for you."

I'm not the only one. Look no further than this thread featuring our TPG Lounge members discussing how much they love Costco. Hearing aids and $1.50 jumbo hot dog/soda combo? Costco has you covered (the $5.99 rotisserie chicken is one of my favorites).

But if you're not a Costco fan, the card has less value for you. 2% cash back on all Costco purchases is a big part of the value equation for this card. If you're not using that, you're really not getting more than 1% on a chunk of your everyday spend. And, if you don't take advantage of the Costco Travel discounts stacked with the 3% cash-back on travel, that's another chunk of money you won't see using this card.

The "No Annual Fee" Fee for Non-Costco Lovers: If you're not a Costco fan, then the Costco Visa isn't really a fee-free card at all. Many cards in the market that earn lucrative benefits on restaurants and travel come with a hefty annual fee. To apply for the Costco Visa, you'll need to have at least a basic Costco membership. That'll set you back $60. If you don't already have a Costco membership, you're effectively paying a $60 annual fee. That's a whole lot less than the annual fee of some other cards, but some of those cards also offer more bonus categories.

You'll Have to Wait for Your Money: Costco has always issued its 2% rebate checks once a year to Executive Members. This practice continued with the Costco Visa. Once a year, you'll receive a certificate for the total amount of your cash-back rebate. You'll need to take the certificate to a Costco store to get your cash rebate. Some people say that you need to purchase something at the store to get the rest of your rebate in cash. In practice, you should be able to go to the membership desk and get the full cash amount. Worst-case scenario, buy a discounted gift card or a (big) pack of gum.

Conversely, the Citi® Double Cash Card allows card holders to receive their rebate any time they have at least $25 accrued on their account. That means much faster access to your earned rewards.

You're a Miles and Points Ninja: The cash-back amounts for the Costco card are attractive for many. However, the more experienced among us know that you can maximize the value of certain program award charts. If luxury travel is your preference, and you have the time, you may be better off with Chase Ultimate Rewards or Citi Thank You points as flexible currencies to transfer to a bunch of different programs. Even Capital One has upped its game with a whole slew of new airline transfer partners. Cash back is just cash back -- it is very easy to use, but can't be redeemed for outsized value.

People tend to have a love-hate relationship with Costco. You'll find devout fans and those who have never and will never step into their oversized stores. Even if you're not a huge visit-every-weekend Costco fan, there are plenty of reasons that make the Costco Anywhere Visa a good card to have in your wallet. Someone with a lengthy daily car commute could easily cover the $60 Costco membership fee just in 4% rebates on gasoline without getting involved with a complicated or high-annual-fee card.

If a Costco membership isn't for you, or you don't want to wait for your awards once a year, there are probably better cards to rely on. But for me the Costco Visa has a place in my wallet, right alongside those that earn miles and points.