How to Enroll in Global Entry on Arrival

Articles
Ross Binkley is a software engineer who loves travel and aviation. He writes for TPG about topics including SkyTeam, Amex and aviation and also moderates the TPG Lounge Facebook group.
Follow
June 12, 2018
•
5 min read 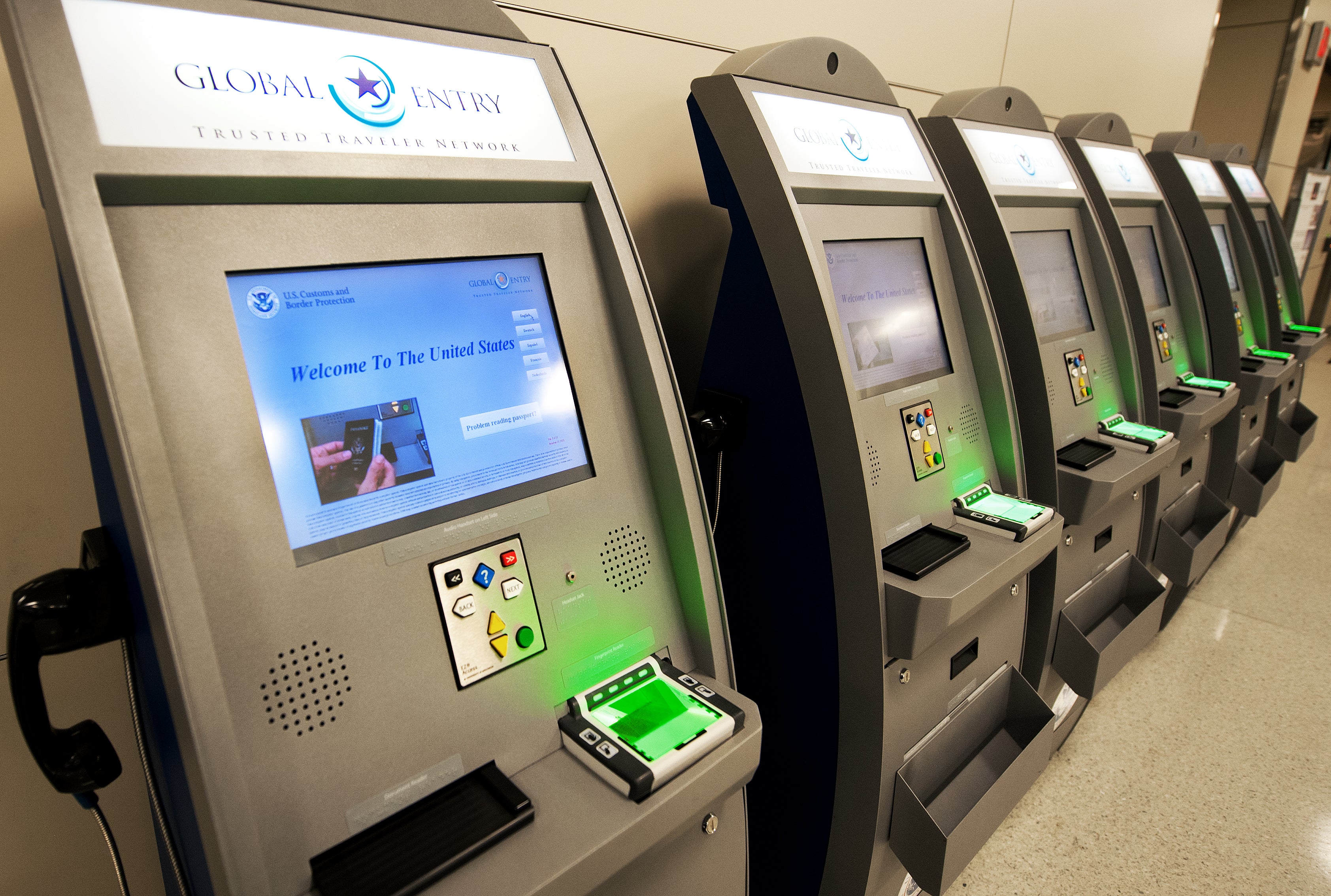 How to Enroll in Global Entry on Arrival
This post contains references to products from one or more of our advertisers. We may receive compensation when you click on links to those products. Terms apply to the offers listed on this page. For an explanation of our Advertising Policy, visit this page.

Global Entry can help travelers save time when entering the United States, allowing them to use a kiosk to scan their fingerprints and answer a few questions instead of waiting in a potentially long queue for an immigration officer. Additionally, Global Entry membership includes TSA PreCheck, which can save you even more time at TSA security checkpoints.

However, completing the required enrollment interview for Global Entry can be a pain. Many people don't live near an enrollment center and, even for those who do have one nearby, available interview appointment slots can be difficult to find. In order to help travelers in these situations, Customs & Border Patrol, the US government agency in charge of Global Entry, began a new program last year called Enrollment on Arrival. This allows travelers who already have conditional approval for Global Entry to complete their interview at immigration as they're entering the US at a participating airport, rather than having to wait until they can schedule an appointment.

Global Entry had long been on my wish list, especially since my Platinum Card from American Express will reimburse the application fee. However, I had been putting off applying for it because the Global Entry enrollment center in my area is over an hour's drive from my home and has inconvenient hours. So, when I heard that Enrollment on Arrival would be available at the airport where I would be returning to the US from a recent trip to Asia, I decided to try it out.

Finding Where to Enroll on Arrival

When I arrived at New York-JFK's Terminal 1, finding where to go to enroll on arrival ended up being the hardest part of the process. According to CBP's website, the process for Enrollment on Arrival at terminals where it is available sounds simple enough:

"When landing in an international terminal follow the signage directing you to CBP officers who can complete your Global Entry interview during your admissibility inspection. You won’t need any additional documents other than the requisite documents for international travel (e.g., your passport)."

So, in theory, you should just be able to follow the signs for Global Entry Enrollment on Arrival when you arrive in the immigration hall. In some cases, Global Entry Enrollment on Arrival has its own lanes in the immigration inspection hall. In other cases, travelers go through the normal immigration line first and are then sent to the interview. In either case, signs should direct travelers how to proceed.

Unfortunately, however, when my flight from China arrived around 10:30pm at JFK T1, my experience was a bit different. There weren't any signs instructing travelers where to go for Enrollment on Arrival in the immigration hall, nor was there a separate lane for it "adjacent to booth #1" as CBP's website suggested there should be.

I asked the airport employees who were directing people into the appropriate lines in the immigration hall, but they seemed never to have even heard of the program. Eventually, I was able to find a CBP agent over at the area where secondary inspections are conducted. He advised me that I should proceed through the normal immigration line and then tell the immigration officer that I wanted to enroll in Global Entry.

After using an Automated Passport Control kiosk in the lane for US passports, I proceeded to the immigration officer and mentioned that I wanted to complete the interview for Global Entry. Once he had gone through the normal immigration questions, the officer escorted me back to the area where secondary screening is conducted and told them I wanted to conduct the interview.

Once I had been escorted to the waiting room in the secondary area, I waited for perhaps 15 or 20 minutes for an officer to be available to conduct the interview. All that was needed for the interview, aside from already having conditional approval, was my passport. The officers were friendly and helpful. The interview itself took only around 10 minutes. The officer conducting the interview collected my fingerprints and asked the normal Global Entry interview questions. The interview included questions such as:

Once the interview was complete, the officer took my picture for the Global Entry card. Don't expect beautiful photography here — the photo quality almost rivals a DMV driver's license photo. Except monochrome. Finally, the officer gave me my PASSID number along with a brochure and told me that my Global Entry card would be mailed to me.

I was then on my way to the baggage claim. Where my bags had still not yet arrived. Because JFK.

Which Airports Have Global Entry Enrollment on Arrival?

While Enrollment on Arrival started at just five airports last summer, it had expanded to 16 airports by last fall. Now, 40 airports across 20 US states and four Canadian provinces are part of the program. CBP's website lists the participating airports, along with times of operation and locations where you should find Enrollment on Arrival for each terminal.

Aside from the signage snafu, enrolling in Global Entry on arrival was relatively quick and easy. If you're in a situation like mine where there's not a convenient enrollment center nearby or if you're having trouble getting an interview scheduled at your local enrollment center in a reasonable time frame, Enrollment on Arrival can be a great option to complete your Global Entry interview while you're already at immigration. And remember to make use of that Global Entry fee reimbursement credit on your Platinum Card or Chase Sapphire Reserve!