How to Avoid Getting Scammed by Your Taxi Driver 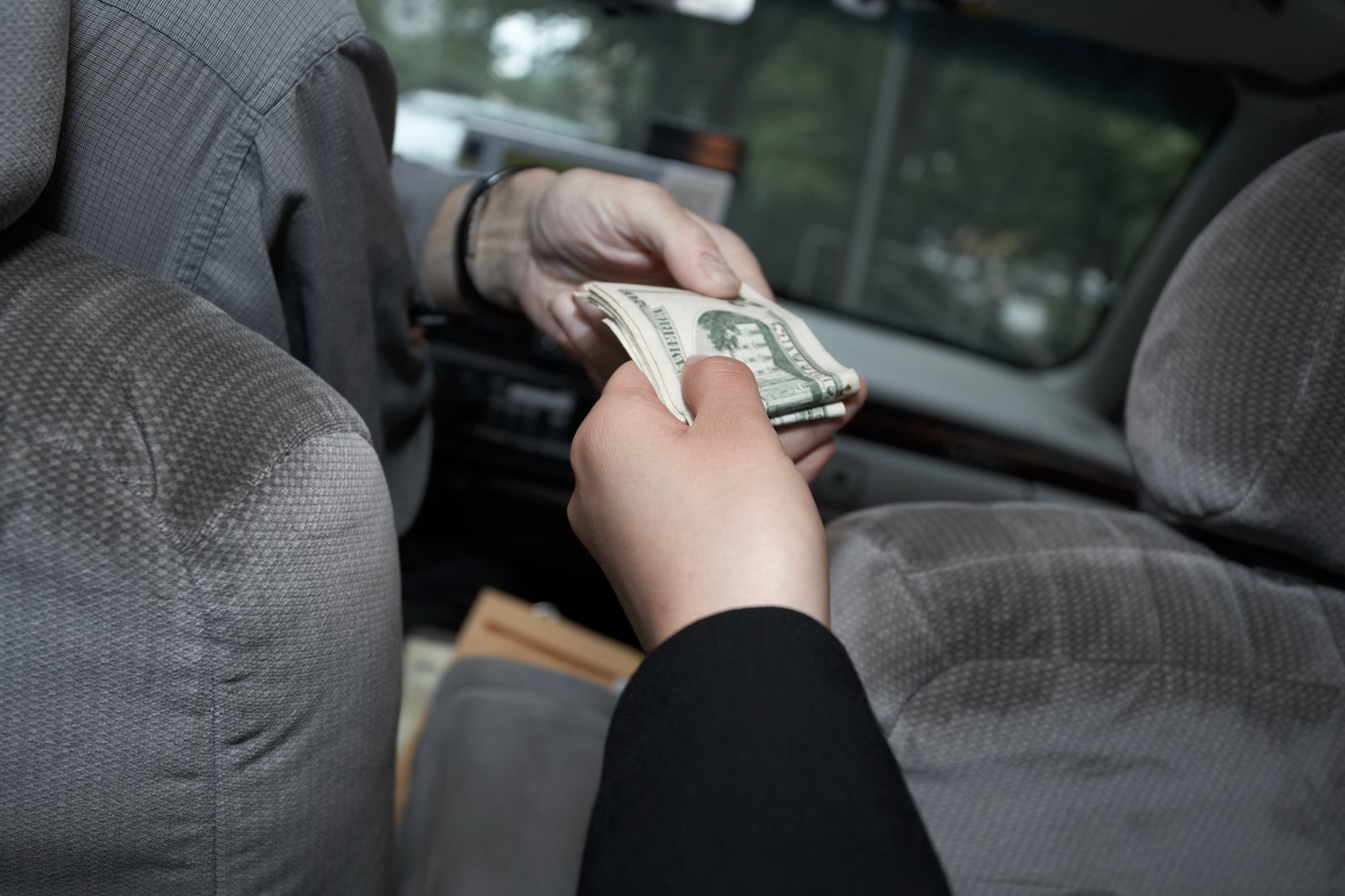 It’s every traveler’s nightmare: You’re 11,000 miles from home when your card gets declined.

This is exactly what happened to John and Susan Barrett during their vacation to New Zealand in late January. The Scottish couple arrived at the Wellington train station by bus and jumped into the first cab off the rank. Everything seemed normal. The driver had identification and the cab had a sign. It took about five minutes to reach their accommodation, and when they did, Barrett paid the fare with his preloaded Travelex card. It was less than $10 NZD (approximately $6.80 USD).

It wasn’t until the card was declined at the grocery store that evening that the couple realized something was wrong.

“I checked my online statement and balance and discovered that the taxi journey had cost me $930 NZD (approximately $630 USD), which clearly wasn’t right,” he said.

This realization was the beginning of a week-long adventure, and not the kind New Zealand advertises to attract tourists. Barrett didn’t have a receipt, and calls to local cab companies all hit a dead end. As for Travelex, Barrett said they told him he had to contact the company himself, despite him explaining he couldn’t track them down.

Why was it so hard to find the cabbie? John Hart, New Zealand Taxi Federation executive director, explained there’s no overarching umbrella agency with a list of cab drivers, thanks to deregulation of the industry over the last 30 years. Still, if Barrett’s cab had been part of one of the more legitimate cooperatives, the process would have been much easier.

“With the established taxi companies, they have dispatch systems which link the cars to a control room,” Hart said. “They would have been able to go to the system and say what cars were around at that hour.”

Luckily, Barrett’s story has a happy ending: Following an article in a New Zealand newspaper, the driver in question got in touch and refunded the money. But it took over a week to get that refund, and a whole lot of stress. Barrett still doesn’t know if the charge was an honest mistake or a scam.

Of course, the issue isn’t isolated to New Zealand. Recently in Paris, two Thai tourists were locked in a car with the driver demanding they pay €247 (approximately $280 USD) — about five times the typical rate from the airport, the BBC reported. And just last month, in Bangkok, a pair of teenagers were charged more than double the normal rate, according to the Bangkok Post. Of course, there are many more incidents we never even hear about.

So what are some common taxi scams, and how can you avoid them?

Know Your Fare and Route

On a trip to Egypt, Australian traveler Leanne Collins’ hotel organized a car to take her from Luxor to Cairo. As soon as they were around the corner, the driver insisted he use the meter, even though the hotel already told her the fare. Collins was using Google Maps to follow their journey, and eventually pointed out to the driver that they were going too far north of their destination.

“He then told my husband that, as the meter was now at double the agreed price, if he agreed to pay, he would turn the meter off,” she said.

Luckily, the hotel called during their trip to check in, so she stood up for herself and paid the agreed fare. She was also smart to follow along on her map: if the fare hadn’t been set, she may not have noticed her driver was taking the long way.

The best way to avoid getting scammed is simply to know what to expect — how much should a cab from the airport cost, and are there common local scams? How long should your trip take, and are metered fares the standard? Do a quick Google search before you go, and ask at the airport or hotel when you arrive.

In Barrett’s case, it's possible the driver may have mistakenly put the decimal point in the wrong place. While that could happen anywhere, some exchange rates make it easier to pull off intentionally than others.

Before your trip, download a currency converter app like the one by OANDA to avoid this kind of mix-up.

Use a Trusted Card or Carry the Right Change

Barrett found Travelex unhelpful, but customers using cards associated with their own banks (ones without foreign transaction fees, of course) will likely have an easier time stopping a pending payment. It’s also likely your credit card offers some protection and flags suspicious activity before even processing a charge.

If you’re in a place where you can’t use your card, make sure you have enough small change to pay without breaking big notes. Drivers may not have the right change, and when you’re not used to the currency, it’s also easier for them to switch bills without you noticing.

Remember Your Driver and Company

Barrett’s advice? Get a receipt.

But Hart doesn’t think that would have saved him, because receipts often don’t list any useful information. So if a receipt won’t help tourists avoid this issue, what will?

“It’s quite important that they just look for signage on the vehicles which would help them identify it if they were to leave something behind in it or if there’d been a mistake in the charging,” Hart said.

And don’t rely on your memory, either. “Take a picture of the registration number or the driver’s ID card,” he added.

Don't Be Afraid to Haggle

In some places, taxis don't use meters and haggling is an expected part of the exchange. In Bangkok, for example, tuk tuks don't have meters, so drivers will quote you a fare — and usually it's much higher than what it should be. Don't be afraid to bargain with the driver and make sure you agree upon a fair price before you get into the vehicle.

Watch for Other Scams

American traveler Heather McKay was having a beer in Singapore when a man at a nearby table started talking to her. It turned out he was a cab driver, and he offered to take her to Chinatown.

“Before I know it, I'm whisked into a tailor shop and given a fresh beer. After that, I get whisked off to a pearl shop.”

Along the way, she was plied with beers and ended up giving in to the pressure.

“It was horrible. I spent so much money on stuff I did not want.”

In some locations, taxi drivers have deals with local vendors: They bring tourists to spend and they get paid, too. This can also happen with accommodations, with a driver telling you the hotel you’re asking for is full or closed. Don’t hesitate to insist the taxi takes you to your planned destination — without stopping — or go with another driver.