How is cruise ship speed measured, and how fast is a knot in miles per hour?

Articles
Ashley Kosciolek has spent more than a decade writing about travel, with particular emphasis on cruises. Her favorite cities include London; Amsterdam; Krakow, Poland; Phnom Penh, Cambodia; Dawson City, Yukon; and anywhere known for outstanding pizza and theater. You can follow her daily exploits, both at sea and on land, on Instagram or Twitter @slyjabroni.
Follow
July 12, 2022
•
5 min read 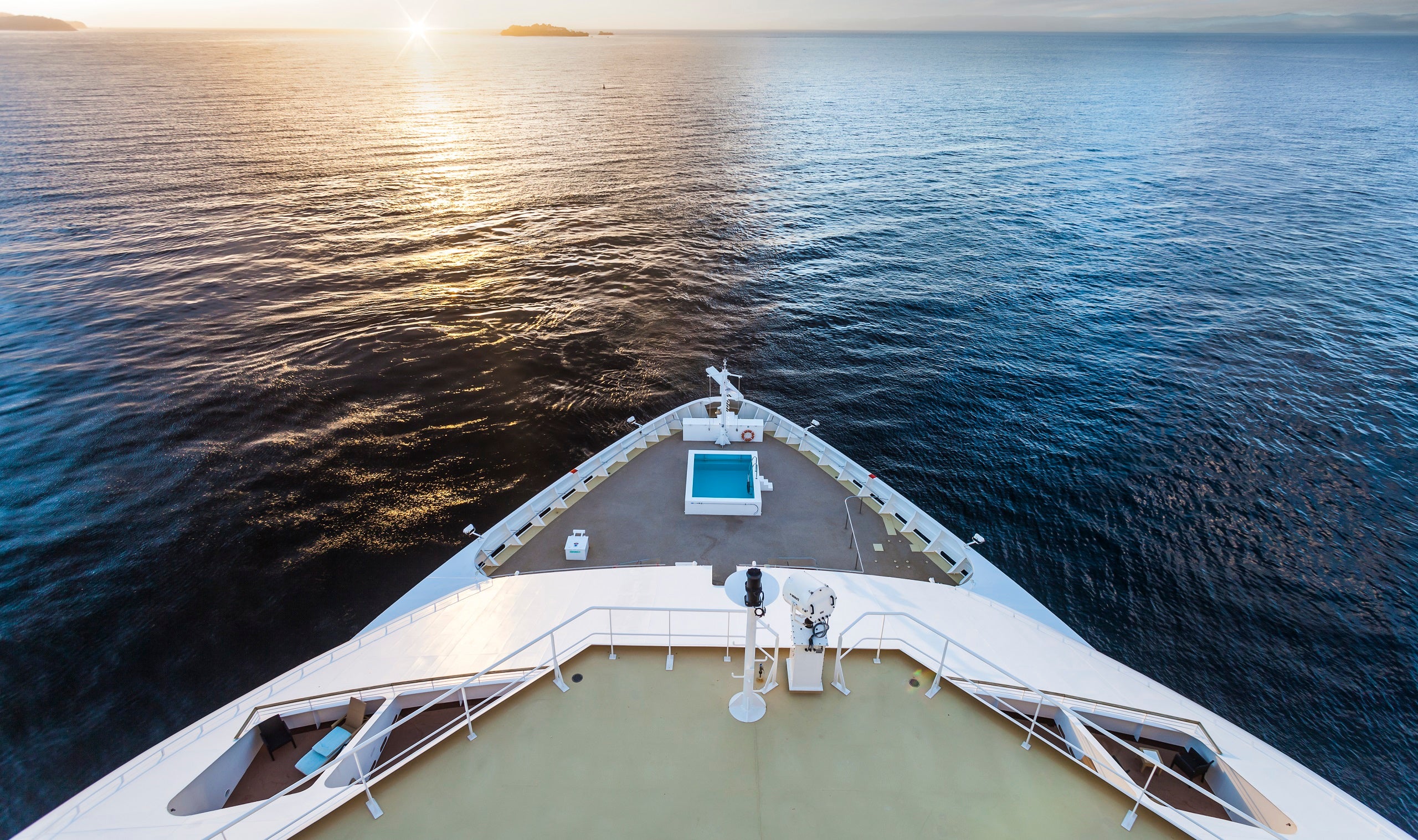 Have you ever wondered how cruise ship speed is measured? Ships aren't the fastest method of transportation, but that doesn't mean it's not fun to calculate your speed when you're sailing. Unlike land travel, ship speed is not measured in miles per hour.

Here, I'll cover how cruise ship speed is measured, how to calculate your ship's speed in miles per hour and some considerations that could affect how fast you're going.

A knot is the nautical measure of speed used by cruise ships and other maritime vessels. One knot represents 1 nautical mile per hour.

But "knot" isn't simply a misspelled nickname for "naut" (as in nautical mile). Its origins are far more literal, according to the United States' National Ocean Service.

In the 17th century, ship crews measured vessel speed by tossing a rope with several evenly spaced knots and a triangular-shaped piece of wood into the water. As the ship moved, currents created resistance against the wood, causing more rope to be pulled into the water over a specified period of time. When time was up, crew members would pull the rope in and count the knots.

In short, the number of knots pulled out into the water over a specific period of time translated into the speed of the vessel's travel.

How fast is a knot in miles per hour?

When you convert 1 knot to miles per hour, it works out to 1.15 standard miles per hour for every nautical mile per hour. That's knot speed. So, although land-based miles per hour are just slightly faster than knots, for general purposes, it's a close comparison. For example, if your ship is sailing 20 knots, it's sailing roughly 23 mph.

How fast do cruise ships go?

What is the maximum speed of a cruise ship? The maximum speed for most modern vessels is about 30 knots or 34.5 mph, but just because they can glide along that fast doesn't mean they actually do, or at least not all the time.

Officers on the bridge will adjust speed to account for weather and ocean conditions — rough seas and high winds mean slower speeds — and port arrival times. Early arrival into port can come with extra fees that cruise lines are loath to incur, which usually means they prefer to take their time by slowing their speed.

What is the average cruise ship speed?

Cruise ship average speed is affected by lots of outside forces, as mentioned above. In relatively calm conditions, the average present-day vessel travels about 20 knots or 23 mph between ports of call.

What is the fastest cruise ship?

Currently, the fastest cruise ship that's operational is Cunard Line's Queen Mary 2, which often serves as an ocean liner to ferry people back and forth between the U.S. and the United Kingdom. Its maximum speed is 30 knots.

Cunard, which has operated historically fast vessels throughout the years, won the Blue Riband — a coveted prize for the ship to cross between the U.S. and Europe while maintaining the highest speed — 18 times. The last ship in the fleet to hold the unofficial award, which dates back to the 1800s, was Queen Mary, which is currently a floating hotel in Long Beach, California, near Los Angeles.

Queen Mary was dethroned as the winner in 1952 by SS United States, which was operated by rival United States Lines and made the crossing in just three days, 10 hours and 40 minutes at a speed of nearly 35.6 knots or almost 41 mph. (Its maximum speed was 39 knots or about 45 mph.)

Today, SS United States is docked in Philadelphia and maintained by a nonprofit conservancy that hopes to find investors to restore the languishing liner, which is now more than 70 years old. It might not be operational, but its previous accolades make it the fastest passenger vessel currently afloat.