Highways in the Sky: How Airplanes Navigate From Takeoff to Landing

Articles
Mike Arnot is the founder of Boarding Pass NYC, a New York-based travel brand and a marketing consultant to airlines. A private pilot, he can sometimes be found above the skies of New York City.
Follow
Aug. 25, 2018
•
7 min read 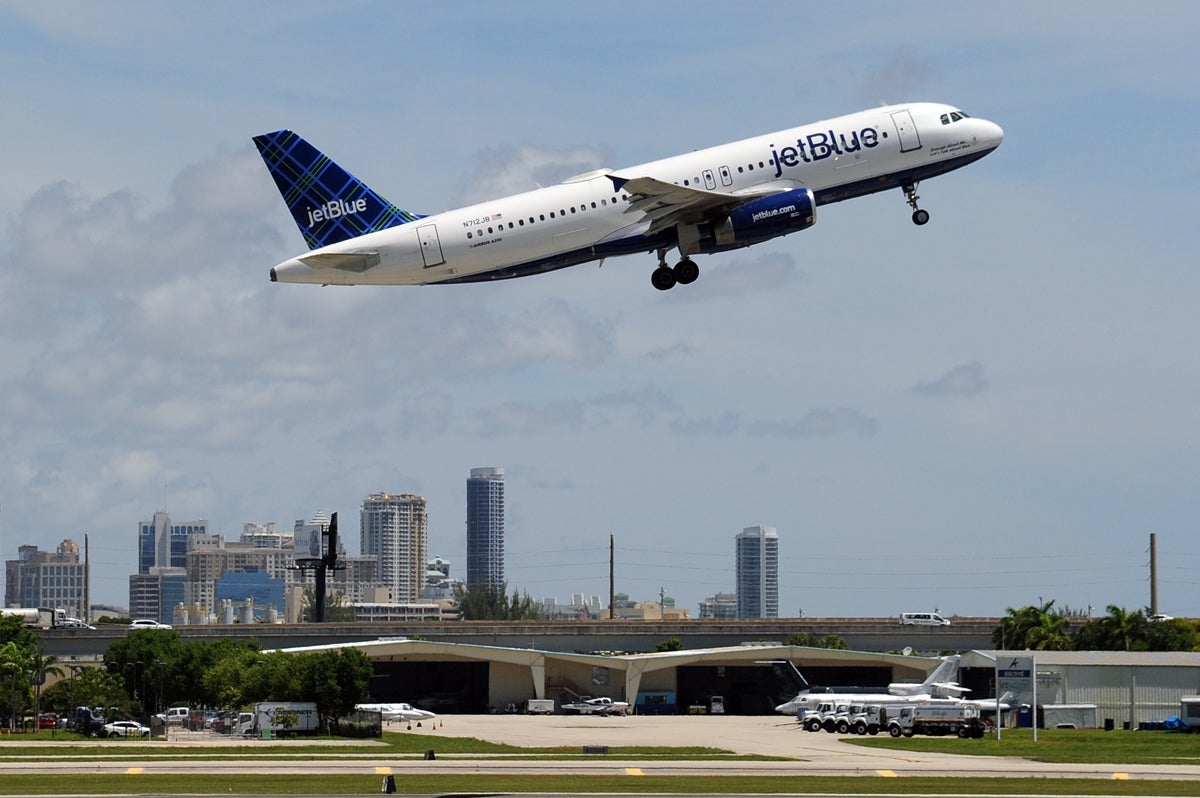 Highways in the Sky: How Airplanes Navigate From Takeoff to Landing
This post contains references to products from one or more of our advertisers. We may receive compensation when you click on links to those products. Terms apply to the offers listed on this page. For an explanation of our Advertising Policy, visit this page.

Ever wonder how pilots fly the route from JFK to LAX — or between any two airports? Or why they sometimes zig and zag and don't fly directly point to point?

Flight trackers like FlightRadar24 or Flightaware will tell you everything about where airplanes are going, but not how they navigate and why they fly certain paths. This article explains some of the basics of en-route navigation.

As would be expected, there are certain published routes—literally highways in the sky—that commercial jets use to get around the US. These are in the form of jet routes at altitudes above 18,000 feet.

"Jet routes are a very helpful and easy way for us to visualize our planned flight, but they can also get very congested in places such as the Northeast," Shannon Pereira, a first officer with JetBlue, told TPG. "There’s only so many places they can put airplanes and it’s like trying to fly during rush-hour traffic. Once you add weather into it then you can probably get to your destination faster by riding a bike," she laughed.

Commercial passenger aircraft fly on so-called instrument flight rules or IFR (essentially, meaning that they do not fly by sight, but following instrument readings) and according to filed flight plans. This means that the aircraft are under the control of air traffic controllers for the entire duration of the flight, in order to maintain proper separation between them. (You may be surprised to know that aircraft are vertically separated by as little as 1,000 feet. It's perfectly safe.) Aircraft flying above 18,000 feet (in the so-called "flight levels") are required to use IFR rules and flight plans.

"Most flight plans are typically programmed manually. There are some routes that are saved in our flight management system and loaded through a datalink system. Whether they are loaded manually or uploaded electronically, they are always verified by both pilots," Pereira said.

"Once the fight plan is inserted correctly into the airplane we then load it onto our electronic flight manuals to see if the route avoids weather or any other flight restrictions such as military airspace. If there are any issues we will work with JetBlue dispatchers to come up with an appropriate flight plan and then have it refiled with the new routing," Pereira said.

These so-called "canned" routes are developed with the Federal Aviation Administration—preferred routes that extend from the moment the plane departs to when it reaches its destination. The airline's dispatchers will work with controllers to find the optimal routes, taking into account weather, winds aloft and the aircraft's weight and balance.

Along the route are navigational fixes, which could be VOR stations (ie. a radar dome on the ground), airports, waypoints or reporting points. Each might be an intersection where the aircraft could make a change of jet route. These waypoints extend upwards to all altitudes, so several aircraft could intersect at a waypoint at different altitudes at the same time. While a VOR station is fixed on the ground, reference to a waypoint is a GPS coordinate.

Waypoints have names made of five letters. In the US they are named by the local offices of the FAA, and some can be quite entertaining.

Pereira's favorites? "SHNLY for my name, PUPPY because I’m a huge dog lover and KPIT because that means I’m home," she said. (KPIT isn't a waypoint, to be exact — it's the four-letter code for Pittsburgh airport.)

Come Fly With Me: JFK to FLL

Above is an image from FlightAware of a recent JetBlue flight from JFK to FLL. Here, the weather was exceedingly good without many storm cells or turbulence along the route (unlike this same flight, a few days later which had to fly around weather.) FlightAware tells us the pilots flew a high-altitude preferred route from JFK:

What does this aplhabet soup mean? Its' easy.

The flight departed JFK according to a standard departure procedure. As the name suggests, these are published, standardized departure routes that a pilot will fly on the way to cruise altitude. They'll be required to fly to pre-set points along the route. In this case, the first waypoints are WAVEY and EMJAY just off the Jersey shore. Our pilots then proceeded on the Jet Route 174. (You can find that jet route itself on the Skyvector chart referenced below.) Next up was SWL, which is a directional aid known as a VOR in Snow Hill, Maryland, followed by CEBEE, a waypoint near Norfolk, Virginia, and shortly after WETRO, a waypoint over Hobbsville, North Carolina. Proceeding along, ILM means the the plane overflew the VOR near the airport in Wilmington, North Carolina, then along the jet route named AR21. From there, the flight proceeded to the CRANS waypoint off the coast of Cape Canaveral (and named after mission control director, Gene Crans, who got Apollo 13 home), followed by the FISEL7 arrival procedure, with more details you can explore here.

All of this would have been programmed into the Flight Management System at the outset of the flight, via keypads and displays situated on the center console of the flight deck, between the pilots.

Why Are Some Points Five Letters and Some Only Three?

The five-letter names (such as CRANS above) are waypoints, created by GPS coordinates or distance from a ground-based radar system. The three-letter names such as ILM are VOR stations (Very High Frequency Omnidirectional Radio Range) which are the radar domes you have probably seen near an airport or perhaps randomly near your home or place of work.

Explore on Your Own

You can explore the jet routes by visiting Skyvector. Once there, select "World High," which provides the High Altitude Enroute IFR charts. Your map should look like the one above. In the box in the top left, type in your favorite airport anywhere in the world, and explore the high-altitude airspace nearby. There's a dropdown menu called "layers" where you can explore current weather and reports of turbulence.

The maps will not be easy to decipher at first. But know that the circles surround VOR stations on the ground, and the lines are the J-or Q-numbered jet routes that aircraft fly.

If you're so inclined, pull up your most recent flight on FlightAware and decode the route you took to get safe and sound to your destination.

Mike Arnot is a private pilot and the founder of Boarding Pass NYC, a travel brand.

Featured image by A JetBlue Airbus A320 taking off from FLL with the city of Fort Lauderdale in the background, July 2017 (Image by Alberto Riva / The Points Guy)