Articles
Ashley Kosciolek has spent more than a decade writing about travel, with particular emphasis on cruises. Her favorite cities include London; Amsterdam; Krakow, Poland; Phnom Penh, Cambodia; Dawson City, Yukon; and anywhere known for outstanding pizza and theater. You can follow her daily exploits, both at sea and on land, on Instagram or Twitter @slyjabroni.
Follow
Nov. 10, 2021
•
7 min read 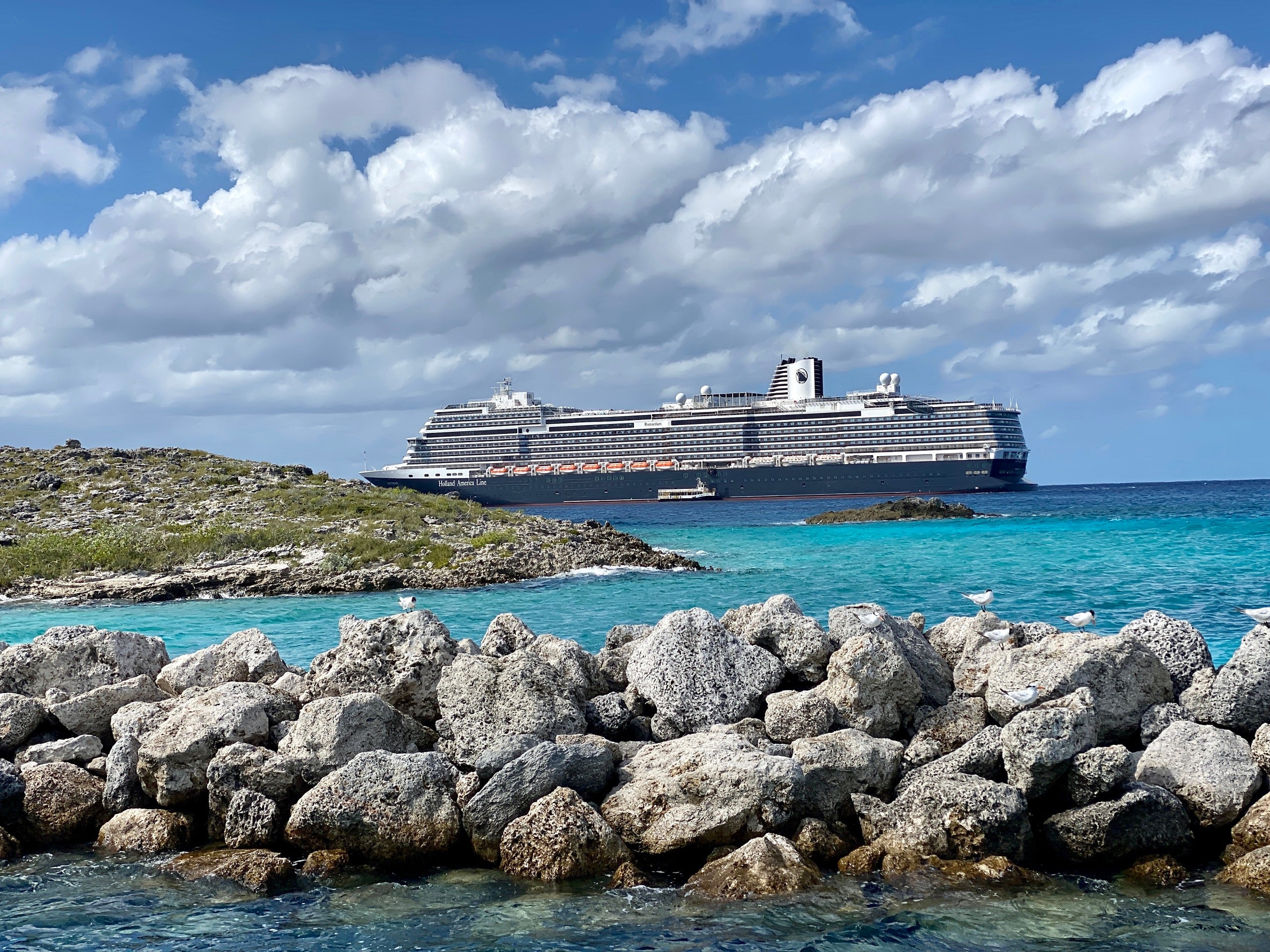 Editor’s note: Holland America Line provided a complimentary cruise for TPG to get an early look at Rotterdam. The opinions expressed below are entirely from the author and weren’t subject to review by Holland America or any external entity.

When someone asks me which cruise line is the best, I always tell them it's subjective because each has its own personality. Holland America is generally associated with a much older demographic than some of its fellow popular brands — but don't count it out just yet.

HAL dates back to 1873 when it began offering transatlantic voyages between the Netherlands and New York on its original vessel, Rotterdam. Several of its previous ships served during world wars, which means many people of a certain age prefer to sail with the line as a way to reminisce. Throughout its history, Holland America has had seven Rotterdams in its fleet, and I'm on board the latest -- a brand-new 2,668-passenger vessel that sailed its first itinerary from the U.S. on Nov. 5.

This is only my second time cruising with HAL. My first experience was on Volendam -- currently the oldest ship in the fleet -- and although I had a lovely time, I found myself a little bored and surrounded by people nearly three times my age. I was expecting the same on Rotterdam, but I was wrong. Here are some of the ways it's different from ships your grandparents might have tried and why the line now appeals to travelers in just about any stage of life.

On Rotterdam, as with the other ships in Holland America's Pinnacle Class, cruisers will find several music options along a promenade-style space, allowing them to stroll between venues to find a style that suits their mood for the evening.

Among the venues offering performances are Lincoln Center Stage, which plays host to classical tunes; Billboard Onboard, where there are often dueling pianists duking it out on the keys; and the Rolling Stone Rock Room for nightly rock performances.

On this voyage, the dance floor has been packed as late as 1 a.m. -- something that doesn't always happen on even the most young-feeling ships.

The art is eye-catching

With an astounding 2,500 pieces of art on board, there's something to see in just about every one of Rotterdam's stairwells and elevator banks, and much of it is bright, colorful and contemporary.

My favorite work is an adorable and brightly colored statue of an otter holding a polka-dotted fish. The 4-foot-tall piece stands just outside of an elevator bank on Deck 9. Other fun installments include a trio of exotic animal wall art made from found objects, Netherlands skylines made from yarn and a glittering treble clef statue.

I was disappointed that most of the pieces don't seem to display the artists' names, but apart from that, it's basically an art gallery at sea, and it's anything but stuffy. Unfortunately, the pieces aren't for sale. (Yes, I asked.)

Technology adds to the experience

While some cruise lines have embraced technology to a degree that alienates older passengers who aren't as cell phone savvy, Holland America has managed to do it in a way that enhances the overall experience. It's advanced enough to capture the interest of younger adults and teens but elegant enough not to feel too cumbersome for boomers and above.

With a simple cell phone app, cruisers of all ages can now check in, view the daily schedule, check their onboard accounts, access bar and restaurant menus, make dining and shore excursion reservations and more.

Technology shows itself in more subtle ways, too, such as touchscreens near the shore excursions desk where passengers can learn about the ship's position and the places they'll visit. LED screens also wrap around most of the theater, where a new show ("Origin Story") takes cruisers through HAL's history in a riveting way that will make you wish you had brought tissues.

The drinks are pure alchemy

There's nothing millennials love more than "handcrafted" cocktails from "bespoke" menus, and Rotterdam has all of that at its new Half Moon Bar, named after the Dutch ship -- De Halve Maen -- that carried Henry Hudson as he charted what is now the Hudson River in New York. (It also shares the name with the line's private island, Half Moon Cay.)

The watering hole is tucked away in a corner of Deck 2, and its menu looks like something out of an 1800s science diagram. It boasts cocktails like the Nieuw Amsterdam (a variation of a classic Manhattan, an homage to Amsterdam's sister city of New York) and the Three Mile Run (lemon, honey and a choice of liquor that honors Prohibition rum runners and celebrates life at sea), all of which have some sort of history.

We highly recommend the Rotterdam VII, named for the ship and made with smoked gin and maraschino. Even if you aren't a fan of smokey drinks, the presentation alone is worth placing an order. (Trust me: Have your phone or camera ready.)

The thing about ship libraries is that they're usually an afterthought. They either don't exist at all, or they're so poorly stocked that you're never sure what you'll find if you visit. Not so on Rotterdam.

Bibliophiles will rejoice in the onboard library's large selection, divided into sections that include mystery, poetry, fiction, sci-fi, fantasy and even young adult -- a testament to HAL's impressive efforts to increase its appeal among the younger set. As one fellow traveler put it, it feels a bit like a Barnes & Noble.

Books are loaned on the honor system, meaning that cruisers are requested to return any titles they borrow prior to disembarking so that future passengers can enjoy them.

Holland America's newest ship offers a lot that will appeal to younger generations while simultaneously retaining its draw for older cruisers who remember the line's grand history.

The latter can be seen in everything from art that honors past vessels to furniture that evokes the "modern" cruising of the 1960s, 70s and 80s, as well as the line's new "Origin Story" show. Although HAL still welcomes its most longstanding and loyal cruisers with open arms, it has made space for new generations of ship-loving vacationers.

Related stories
Legislation that could gut credit card rewards set to move through Congress
Would you stay at 1 of these 8 haunted hotels this Halloween?
Southwest winter flash sale: Get one-way flights for as low as $29
You can currently buy points and miles with up to a 100% bonus — but should you?
Featured image by Holland America Line's Rotterdam anchored off of Half Moon Cay, the line's private island (Photo by Ashley Kosciolek/The Points Guy)
Editorial disclaimer: Opinions expressed here are the author’s alone, not those of any bank, credit card issuer, airline or hotel chain, and have not been reviewed, approved or otherwise endorsed by any of these entities.