TPG success story: How I earned $550 in Southwest credits during the airlines' winter meltdown 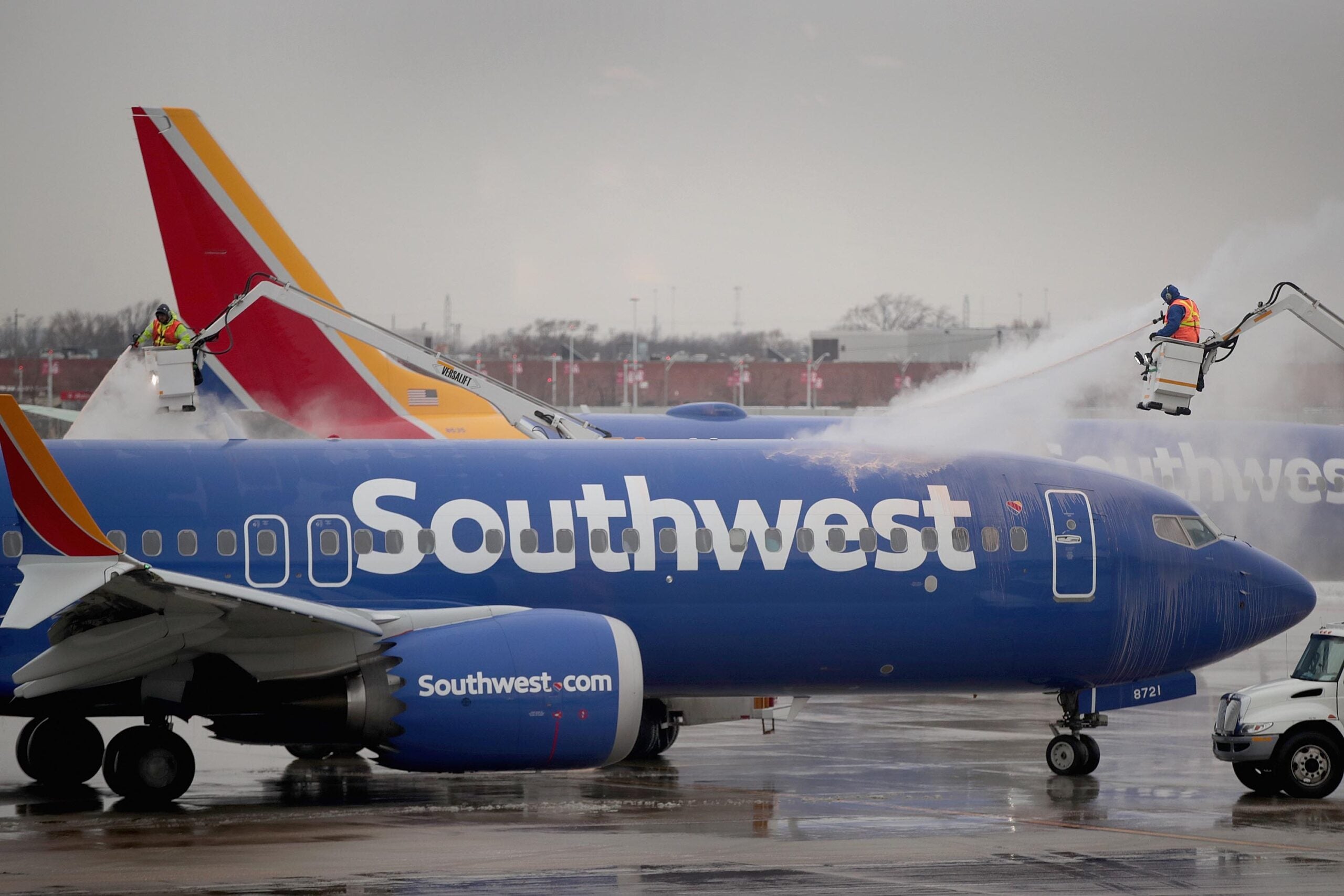 As millions of travelers took to the skies at the end of the holiday season, major snowstorms hit the Northeast, the Mid-Atlantic, the Southeast, Colorado and the West Coast from the Sierra Nevada region to Washington state. Those storms, in turn, led the U.S. airlines to cancel thousands of flights, leaving passengers scrambling.

One of those passengers was me. Here's how I handled one cancellation, avoided another and ended up with hundreds of dollars in Southwest flight vouchers as a result.

I was scheduled to take a nonstop flight on Southwest Airlines on Tuesday, Jan. 5, from San Antonio to Baltimore. I checked the flight status before I left home, but by the time I arrived at San Antonio International Airport (SAT), the flight was canceled.

There was a long line at the gate for re-accommodation, but thanks to my Southwest A-List status, I could skip the queue and call the dedicated line to reschedule. (I first checked the app, but it didn't have any good options for me.) After a 49-minute wait, I was not better off than when I started; the agent wasn't able to find me a flight until the evening of Friday, Jan. 8, which was a no-go.

Giving up on Southwest, I went on the Delta app to see if it had any flights to Baltimore on Tuesday, Jan. 5, my original departure day. I found one, but by the time I hit the payment page, that seat was gone. A second search showed no availability until Thursday, Jan. 7, which did not work for my timeline.

I ended up buying a United Airlines fare for a morning flight via George Bush Intercontinental (IAH) on Wednesday, Jan. 6, which was the earliest I could get. I paid $502 one way, almost double what I initially paid on Southwest for the first leg of my trip. Southwest automatically refunded the $254.79 SAT-BWI part of my fare.

After I arrived in Baltimore on Jan. 6, I called the A-List line to make sure my Saturday return to San Antonio wasn't canceled as well. The agent was very apologetic about the cancellation, and I assured him I knew it was a weather issue. He replied that it wasn't good enough and the next thing I know, I had a $300 LUV voucher for the inconvenience. Sweet!

This was amazing for two reasons. One, I hadn't asked for any compensation. Two, it was a weather-related cancelation and the airline's own contract of carriage states that:

"In the event Carrier cancels or fails to operate any flight according to Carrier’s published schedule, or changes the schedule of any flight, Carrier will, at the request of a Passenger with a confirmed Ticket on such flight, take one of the following actions: Transport the Passenger at no additional charge on Carrier’s next flight(s) on which space is available to the Passenger’s intended destination, in accordance with Carrier’s established re-accommodation practices; or
refund the unused portion of the Passenger’s fare in accordance with Section 4c."

Southwest had fulfilled its commitment to me by refunding me the cost of the unused ticket. It had no obligation to offer me an additional voucher.

I continued to live my happy life in Baltimore, closing down my apartment and running errands on Jan. 6-7. Then on Friday morning, Jan. 8, I was alerted to another slew of airline cancelations through the weekend by Ethan Klapper, TPG's new senior aviation reporter. This was not welcome news because I had a flight home scheduled for Saturday, Jan. 9.

Sure enough, when I checked the Southwest Airlines app, I found a winter weather warning and an offer to reschedule my Jan. 9 flight for free. I decided to be proactive and took the carrier up on the offer, booking a nonstop flight to San Antonio early on Sunday, Jan. 10. I booked another night at the Hyatt Place hotel that had been my home for the week and spent the evening binge-watching episodes of "The Love Boat" (don't judge me) on Paramount+.

As I was relaxing, I checked my email and -- surprise -- Southwest had sent me another voucher, this time for $250, for the Saturday flight I rebooked. Together the two vouchers totaled $550 and were very welcomed, especially since the airline was under no obligation to offer them.

Should you ever find yourself in a similar situation, here are some tips to make the rebooking process a little less stressful.

First, make sure to download your airline's app, which can be invaluable if you need to rebook your flight. If your flight gets canceled, or if the airline is apprehensive about winter weather and is encouraging travelers to make itinerary changes in advance, the app will not only alert you but also suggest flight alternatives you can book right on your phone.

If you hear about bad weather, start checking the app the day before your flight, which will give you more time to rearrange your plans and let you rebook before everyone else does, when more flights have open seats. You will not be charged a change fee if the airline is asking you to rebook a flight that's likely to be disrupted by weather.

Should the airline proactively offer to reschedule your flight, say yes if you can make the new flight fit your schedule. You're much more likely to be accommodated if that rebooked flight gets canceled because the airline knows you changed your plans on their advice and will give you priority in getting you where you need to go.

In situations where your original or rescheduled flight is canceled, do not stand in line at the check-in counter. Again, check the app to see if the airline has proactively rescheduled your flight.

If they have, but the times don't work, call the airline -- and be ready to wait. If you have elite status, call the dedicated phone line.

As you're holding, get on a website or app such as Kayak or Orbitz to find flights on other airlines, so you have a Plan B.

The more initiative you can take, the better chance you have of making it to your final destination in a reasonable timeframe. You might not always luck out with additional travel vouchers as I did, but after all your trip delay bad luck, you might be rewarded with an unexpected surprise.