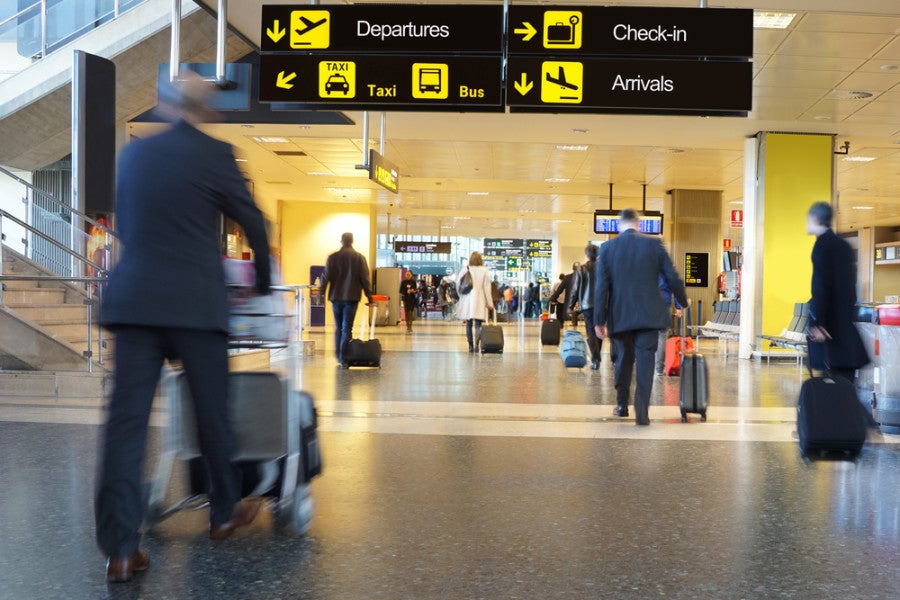 This post has been updated with a reader anecdote from the <a href="https://www.facebook.com/groups/TPGLounge/" target="_blank" rel="noopener noreferrer">TPG Lounge</a>. This post was originally published on May 4, 2019.

Nothing to declare. It’s an easy box to tick on a form or a sign to follow at an airport, but how sure are you that you’re telling the truth and not risking a fine or jail time?

As an Australian, I’ve grown up with some of the strictest biosecurity laws in the world. Bring the wrong thing through our international airports and you could be fined more than $420,000 AUD and spend up to 10 years in prison. We even created a hit reality TV show about it in 2004, with "Border Security: Australia’s Front Line" inspiring US, UK, Canadian and Latin American versions.

Recently, a member from the TPG Lounge shared his tale of getting busted by US Customs at the Dallas-Fort Worth airport when reentering the country for having a roll of salami purchased at a German Christmas market, which cost him a $500 fine and his Global Entry status revoked.

It's not hard to get caught up in the rules for what you can and can’t bring through customs — the rules change between countries and can even be confusing when you’re returning home. So, let’s take a look at some of the things you should keep out of your suitcase.

Whether you want to travel with something you love from home or bring back a taste of your holiday, you need to check first. Depending on where you’re flying from or to, a piece of fruit can be an acceptable snack or a potential threat to an entire agricultural industry. For some countries, including the US, almost all fresh, frozen and dried fruit and vegetables are banned from entering the country with you.

Failure to declare a banana, or any agricultural item from anywhere in the world, when you arrive in the US could result in a $300 fine for first-time offenders and up to $500 if you do it again. It could also cost you your Global Entry and TSA Precheck status.

Fly into Australia with an undeclared banana and the fines start at $420 and could reach into the thousands on a case-by-case basis. And yes, that does include that piece of fruit you were given on the plane. If you’re landing in the UK, however, you can breeze through with up to 2 kg (roughly 4.5 pounds) of bananas from anywhere in the world without declaring them.

Meat products, as mentioned above, can also be a minefield. You can fly into the UK with fresh meat and dairy products from a country within the EU, but all meat, milk and dairy products (as well as potatoes) are banned from any non-EU country except Iceland, Greenland and the Faeroe Islands.

Cured hams and salami products from parts of France, Italy and Spain can only enter the US in commercial shipments, not in your luggage. As for other meat, you need to check a country’s animal disease status first and will need official documentation to show where it came from. Websites like the USDA’s can help you decide what to buy, but remember the rules can change weekly if there’s an outbreak, so it’s best to declare what you have and let the officials tell you if it’s allowed when you land.

Want to take full advantage of your business class in-flight meal? Be aware because even food given to you on a flight back to the US is subject to the same custom rules.

Whenever I fly to or through the UAE or Japan, I start going through my suitcase and handbag pockets looking for anything I bought over the counter at home that could get me in hot water overseas. Cold and flu tablets, Vicks inhalers and other medications I usually travel with are out.

In the UAE, codeine is one of the most common illegal substances to be found in travelers’ medical kits, but banned medications also include some contraceptive pills and HIV/AIDS and hepatitis treatments. The UAE’s very strict, zero-tolerance anti-drug policy means even the smallest amount of illegal drugs could lead to a minimum four-year jail sentence while drug trafficking can result in the death penalty.

In Japan, medications with pseudoephedrine and dexamphetamine, which is used to treat ADHD, are illegal and could lead to detention, while medicines with codeine or morphine need a narcotic certificate before entering the country. And Greece, for example, requires a prescription for codeine. It’s always best to check before you go.

As a general rule, avoid carrying more medication than you need. If you usually separate your pills into daily dividers, wait until you’ve cleared customs to do so. You want to travel with everything in its original packaging along with your prescription and/or letter from your doctor, depending on the country’s requirements. It’s safe to say that if a drug is illegal in your own country, it’s not going to be accepted wherever you’re going. And yes, the Netherlands may be famous for its tolerant drug policy, but drugs, including hashish, will get you into trouble at Amsterdam’s Schiphol Airport (AMS).

Medical marijuana should be left at home as well as vape pens, which are also illegal in some countries, including the UAE and Singapore. As of last year, possessing even a toy that looks like an e-cigarette or e-pipe in Singapore is punishable by fines of up to $2,000 SGD.

Handicrafts, musical instruments, cultural treasures and fake Gucci bags can also lead to confiscations and possible fines. The list of wildlife products that are banned from the US includes anything made from the ivory of elephants and marine mammals (unless you have documentation proving it’s more than 100 years old), furs from spotted cats, all products made from sea turtles, most crocodile and caiman leather, and most coral, including pieces in jewelry.

Musical instruments made from endangered species, including Brazilian rosewood, tortoiseshell and ivory, are prohibited in some countries, while ancient artifacts and art may require export permits. Expect a fine if you’re caught with counterfeit products including designer handbags, so only buy the real deal, keep the receipt and declare them when you come home.

Even that innocent-looking sombrero could be smuggling a pest in its straw folds so declare your holiday fashion disaster and anything else made of plant material.

Remember that just because something is accepted in one country doesn’t mean it will be in another, so before you travel, find out what you can and can’t take with you.

While you can reapply for Global Entry after violating the rules, data points indicate that it can be a tough process. TPG Lounge member Steve O. says his partner’s Global Entry was revoked after forgetting to declare a tiny packet of sealed beef jerky from Munich. However, she was able to get it back (Global Entry, not the jerky) after 6 months of appeal.

You could also face jail time in each country and even the death penalty in places like the UAE, Saudi Arabia, Iran and Indonesia. And if you know you have something to declare, do yourself a favor and put a reminder note in your passport.

Memories can slip even if you’re not doing a long-haul flight. After traveling 23 hours from Montreal to Sydney I was grateful for my "don't forget to declare the dozen bagels in your suitcase" sticky note to self. They were fine in the end.

Related stories
Bask Bank raises the mileage earning rate on its AAdvantage savings account — what you need to know
Targeted Premier 1K members eligible for bonus miles when checking in and checking a bag on the United app
Current airline elite status match and challenge options you should know about
Business-class deals are back: This month’s Flying Blue promo awards
Featured image by 150 passengers coming from Mexico skipped customs due to error. Photo courtesy of Shutterstock.