Articles
Fran Golden is an award-winning cruise journalist whose work regularly appears in Bloomberg, Travel + Leisure, Afar and other travel outlets. She is the author of several cruise and travel books, including “100 Things To Do In Alaska Before You Die." Fran lives in Cleveland, Ohio. Although fond of lake Erie, her first love is the sea.
May 17, 2022
•
8 min read 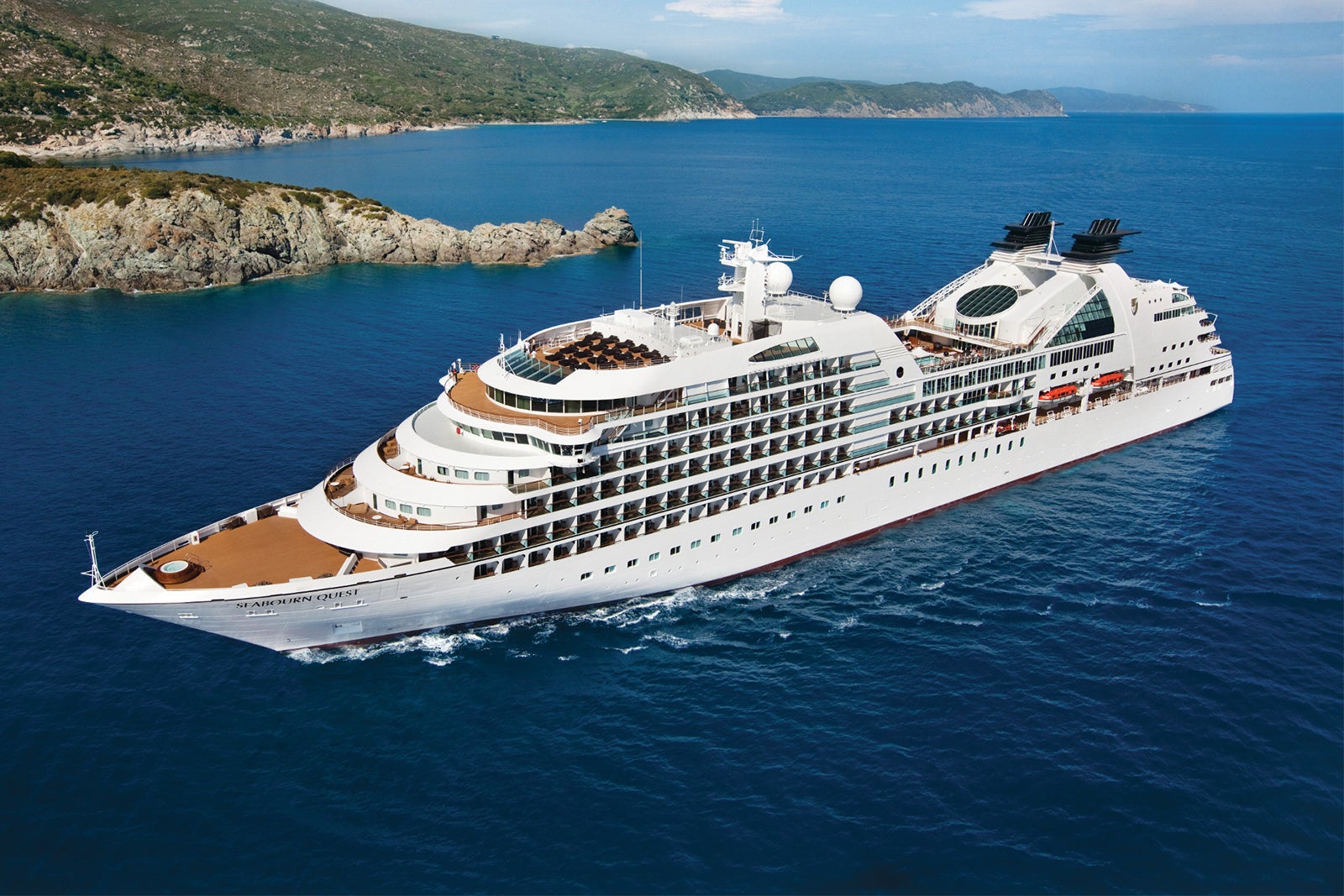 Cruise ships are great places to meet new people, mingle and enjoy a party. But sometimes you just want to be alone, reading a book, contemplating life, watching the sea and totally spacing out. Fortunately, there are "secret" places to do that even on the largest cruise ships.

As a basic rule of thumb, if you want to be alone — but not in your cabin or on your private balcony — then head all the way forward or aft on your ship. Most people tend to congregate in the middle of the ship. The secret decks and spaces that not everyone discovers are typically found on the far ends of a ship. In these spaces you may find deck chairs, lounge chairs and even hot tubs.

Solitude-seekers should also read the ship's daily schedule, not necessarily to see all the scheduled activities but to note the venues for those activities. Look for lounges and other spaces that are activity-free. For instance, at certain times of day, you may have the windowed observation lounge all to yourself. Windowless ship libraries often are so underused you can grab a cushy lounge chair or couch and take a nap undisturbed.

Next time you're looking to get away from it all, sneak off to one of these cruise ship secret decks and hideaways for solitude and sea views.

Luxury line Seabourn's resort-style, midship pool decks are a gorgeous place to spend time among beautiful people in the sun and shade, but those in the know who don't feel like being part of the glamorous in-crowd head aft on Deck 5. There, outside The Club lounge, is a smaller pool and hot tubs with views of the waves created by the ship's wake. The space rarely attracts more than a dozen guests. I've been there when I've had the space to myself, a true luxury experience.

Also on Seabourn ships is a perhaps even more hidden single hot tub all the way forward on Deck 6 or 7, depending on the ship.

On most Carnival Cruise Line ships, such as Carnival Panorama, Carnival Freedom and Carnival Sunrise, those looking for a quiet place to appreciate views sneak out through the forwardmost doors on Decks 5, 6, 7 or 10. From the rails of these hidden forward balconies, you'll see the same views as the captain as you approach ports of call. You'll know you're at the correct door when you see it has a porthole window. The doors are locked when there are high winds, as well as at night.

On Royal Caribbean's giant Oasis-class ships, the largest ships in the world, you can actually find a place to get away from it all. It's in an unusual location – on the running track.

Go to the back of the ship on Deck 5, and you can sit and watch the wake as well as passing joggers. To get to the lounge chairs in this secret spot, go behind the Aqua Theater where the high divers perform. You can also reach the area by going down the stairs from Deck 6.

Harmony of the Seas, Symphony of the Seas and Wonder of the Seas have an additional secret spot. Head forward on Deck 5, still along the running track, for little-used groupings of lounge chairs or chairs and tables on both sides of the ship.

One of the most popular indoor places on Viking cruise ships is the two-deck Explorers' Lounge, with its double-height glass windows and constellations that light the ceiling in the evening. While the lower level is usually buzzing, few passengers wander up the stairs to the second deck where you will find a wonderful collection of curios, including shells, maps and navigational equipment. It's so quiet during the day that you might find yourself catnapping with an atlas on your lap.

On Viking Orion and Jupiter, which have planetariums in the upper space, sneak up in between events.

On Disney Cruise Line's Disney Magic and Disney Wonder, take a breather with aft views from the secret lookout spot at the back of Deck 7. Just walk through the door at the end of the hallway, and you'll find the little-known perch with lounge chairs.

Even on a tiny ship, which by its nature is crowd-free, you can find hidden areas. On the ultra-luxurious 100-passenger Silver Origin, a new ship from Silversea Cruises that sails in the Galapagos, a stargazing platform on Deck 7 is the perfect place to search the night sky for the Southern Cross constellation. (The area is kept dark for optimum viewing.)

By day, head up, sit on a bench and contemplate Charles Darwin's theory of evolution in the place where he was inspired.

Though they don't appear on deck plans, select Royal Caribbean ships, including Freedom of the Seas and Radiance of the Seas, were built with helipads all the way forward on Deck 4. Today, these areas are an out-of-the-way sunny place to sit on a bench and catch unobstructed forward-facing views of the sea and your ship approaching ports of call. You can also head to the spots for stargazing as they are dark at night.

To get there, walk forward on Deck 4; the areas can also be accessed via stairs from Deck 5. This secret deck is closed to passengers during high winds.

On Carnival Magic, Dream and Breeze, you can escape the crowds around the pools and hot tubs upstairs with a lower-deck alternative. The hot tubs and lounge chairs on the Deck 5 Lanai promenade are likely to be undiscovered, at least at the beginning of your cruise. Visit this secret location early on because the word will spread as the cruise progresses. The four hot tubs are cantilevered off the ship for extraordinary views.

On Norwegian Cruise Line's Breakaway- and Breakaway-Plus-class ships, passengers booked in fancy suites lounge in the pools and sun decks at the exclusive enclave known as The Haven. Other passengers looking to escape the crowds purchase day or weeklong passes to The Vibe Beach Club, where access to a cushy lounge chair, pampered service and whirlpools is assured.

For the rest of us, a nearby strip known simply as a "public sun deck" is one of the line’s best-kept secrets. This outdoor area is less fancy but equally scenic to Norwegian’s pay-to-play versions. Find the sun deck on Deck 17 on Norwegian Breakaway and Getaway and Deck 19 on the larger Norwegian Escape, Joy and Bliss. (Note that on Norwegian Encore, the public sun deck has been taken over by an expanded Vibe Beach Club.) On the larger ships, the space has two hot tubs.

For unobstructed views and photos on Royal Caribbean's Quantum-class and Oasis-class ships, head to the bridge wings, platforms that extend off the ship on Deck 14. To get to these spaces, go to the adults-only Solarium pool area and then walk all the way forward.

Featured image by Seabourn Quest in Elba. (Photo courtesy of Seabourn)
Editorial disclaimer: Opinions expressed here are the author’s alone, not those of any bank, credit card issuer, airline or hotel chain, and have not been reviewed, approved or otherwise endorsed by any of these entities.