6 ways to cope with motion sickness during your next trip

Articles
Mimi Wright is in the social media department at The Points Guy.
June 23, 2020
•
9 min read 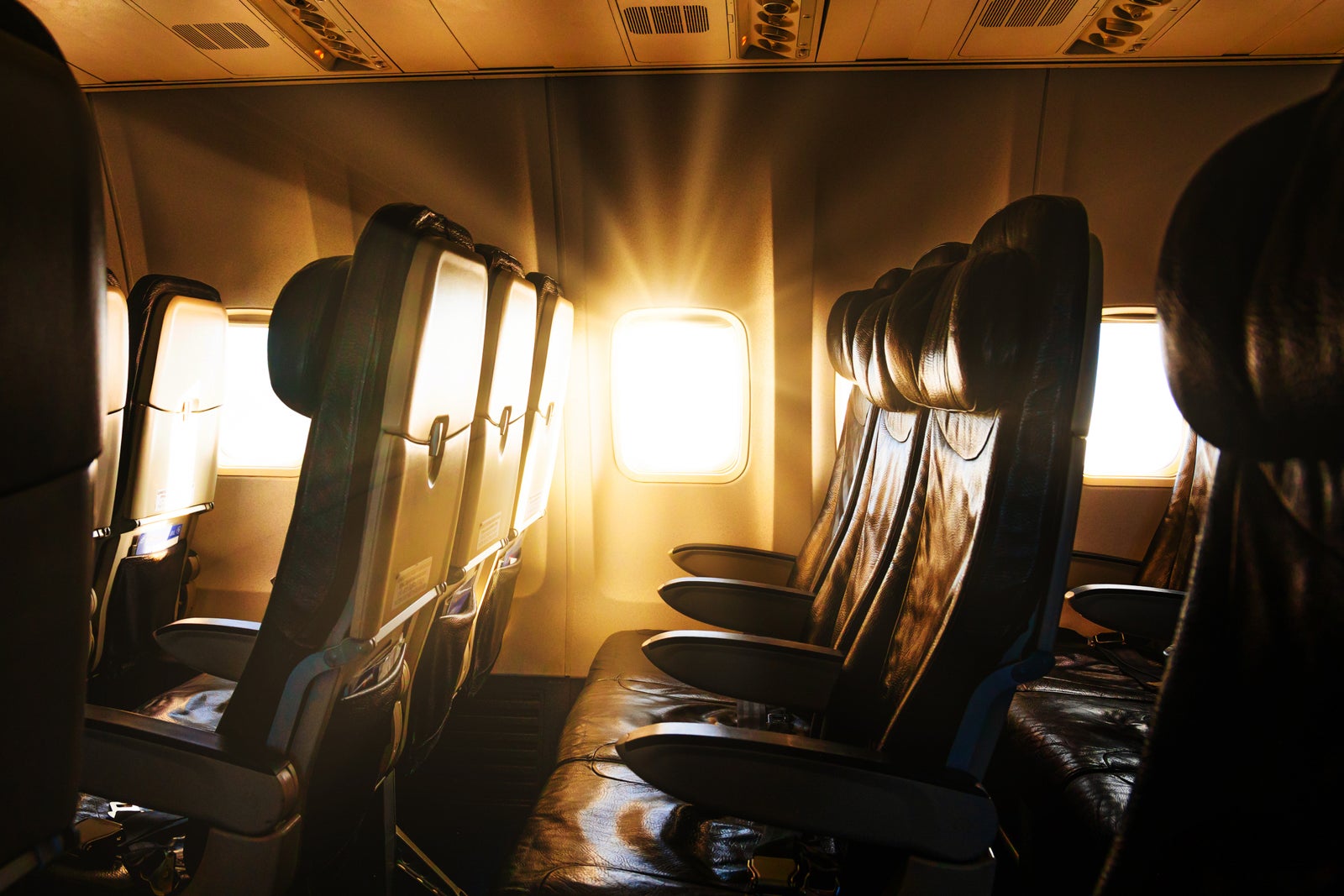 I've always loved flying, roller coasters and even reading in the car. But at the beginning of June, I developed terrible symptoms of motion sickness while trying to relax on a recreational boat. This was new for me, but I'm hardly alone. One in three people are considered highly susceptible to motion sickness, according to the National Institute of Health, which can be especially uncomfortable for travelers whether you're driving, cruising, flying or taking the train.

I've quickly learned the best ways — from TPG readers, medical professionals and personal experience — to mitigate the symptoms of motion sickness, so you can get back to enjoying the view.

New to The Points Guy? Sign up for our TPG daily newsletter for tips and tricks to make the most of your travel rewards.

Motion sickness is frequently marked by dizziness, nausea or lightheadedness, a result of your body's sensory organs sending mixed messages to your brain, according to Healthline Media, which is owned by TPG's parent company, Red Ventures.

Our sensory receptors include our eyes, inner ears, legs and feet and they work together to maintain our balance and sense of direction and movement. When these sensory receptors are disrupted from certain outside factors, like sitting backward while a train moves forward or feeling turbulence in a plane but not being able to see it, it causes the symptoms we know as motion sickness.

Motion sickness might also cause cold sweats, headaches, vomiting or a loss of balance.

Related: How to tell when you're too sick to fly

How can I prevent motion sickness?

By choosing a specific seat, you might feel less movement, according to the Mayo Clinic. Pick a window seat over the wing and, once onboard, direct airflow to your face. Some TPG readers even said they even bring their own small electric fan to keep themselves cool. (Is there anything worse than being nauseous and hot? No.) The rush of air can be a huge relief to travelers with motion sickness.

On a boat or cruise ship, request a cabin in the middle of the vessel and one that is closer to the water level. Some readers said being outside on the deck and fixating on the horizon helps mitigate symptoms. I got the worst motion sickness on a small recreational boat, but once I moved to the middle and took deep breaths, it helped a lot.

Related: Will this new ship design make seasickness a thing of the past?

When it comes to traveling by train, sit by the window facing the direction the train is going. Sitting near the front of the train can help, too.

Automobiles can be tough unless you're driving or sitting in the front passenger seat. If you're feeling queasy in the backseat during a road trip, put down your electronic devices and close your book, as these can both exacerbate motion sickness. Some parents I spoke with said they simply have a plastic bag on hand when traveling with little ones who are prone to motion sickness.

Some foods can make motion sickness worse. Spicy and greasy foods, for example, take longer to digest, so eat light snacks that won't sit too heavy in your stomach. If you're prone to motion sickness, pack snacks such as saltine crackers, cereal, bread and other grains, bananas and apples.

Related: TPG staff picks: Our favorite snacks to bring on board

It's also important to drink plenty of water to stay hydrated. Dr. Lindsay Slowiczek, Healthline's pharmacist and Drug Content Integrity Manager, says to avoid alcohol and drink coffee in moderation, as both might make dehydration (and, as a result, your symptoms) worse. There's a lot of debate about whether carbonated drinks, especially cola, help, but some say it actually makes symptoms worse. Slowiczek says that, theoretically, carbonated drinks can help release gasses building in your stomach, but there isn't much research on the topic. I've always found that ginger ale helps with nausea (especially on planes) but doesn't everything seem to taste better at 30,000 feet?

On that note, you might want to specifically seek out one ingredient: Ginger. You can also try ginger gum or ginger chews, as ginger has anti-nausea properties, according to Slowiczek. "It's better to start low with something like ginger," she said.

Slowiczek says if other techniques (like the ginger candies), it might be time to take over-the-counter (OTC) or prescription drugs. Some OTC medications will stop symptoms from the onset, including those containing dimenhydrinate (Dramamine) and meclizine (Bonine). Some other antihistamines can work as well, like diphenhydramine (Benadryl).

"It's important to make sure that these are taken to prevent [motion sickness]," Slowiczek told TPG, so it's important to take them at least 30 minutes before you expect to be in a situation that might cause motion sickness. These are also safe for children and pregnant women. Always refer to a medical professional before dosing yourself or children to see which mediation might work best for you, especially if you're pregnant.

One downside is they make most people feel drowsy, so if you're operating a vehicle (or simply trying to enjoy the view), this is something to be aware of. These medications can also have a more intense effect on older travelers, so Slowiczek says you can even take half a dose if a full dose is too much.

Related: 10 lessons from 10 years of traveling with kids

Slowiczek says if OTC medications don't work, you can also get prescription drugs to treat motion sickness, such as a scopolamine patch, which is a prescription antihistamine medication.

How to treat motion sickness symptoms after they start

Distracting yourself, or your queasy traveling companion, is a great way to combat motion sickness. Listening to music always calms and relaxes me, and when it comes to distraction, it can help take your attention away from annoying symptoms.

Simply chatting with someone who has motion sickness can help take the attention off the nausea. And travelers with young children can play games to keep them occupied. Yes, this might be the ninth time you've played "I Spy" in an hour, but you'll thank us later when you aren't cleaning up after them.

Related: How to boost your immune system so you don't get sick while traveling

Acupressure is a treatment that puts pressure on certain areas of the body to relax muscles and improve blood circulation. One of these acupressure points is the Nei-Kuan point on your wrist. There are wristbands you can wear, called Sea-Bands, that activate this pressure point with a little plastic disk, which is said to alleviate nausea. These are also safe for pregnant women and can help with morning sickness, too.

Slowiczek says this could be a placebo effect, but, "If it works, it works."

Related: What to expect when traveling in each trimester of pregnancy

My cousin (who has always struggled with motion sickness) uses pressure bands during travel and says they help. Many TPG readers also said this is one of the best ways to alleviate motion sickness; for some, it's the only preventative measure they take. One even called them a "game-changer."

There are also child-sized bands, so this is a great option for parents traveling with young children who might not be able to communicate their needs as well. They can also be worn before or during the onset of symptoms.

Related: TPG beginner's guide: everything you need to know about points, miles, airlines and credit cards

I've completely bought into aromatherapy. I have a lavender vaporizer in my room, and it's the best Amazon purchase I've made to date. Though Slowiczek says there isn't much scientific evidence to prove the medicinal properties of aromatherapy, many travelers (including myself) find the essential oils soothing, calming and therapeutic. Just remember, essential oils should never be ingested — they are generally for topical use only.

Related: Travel accessories that will save you money

I have a miniature roll-on lavender essential oil stick, and I love it for travel. It's easy, TSA-compliant and, best of all, smells great and keeps me calm. Peppermint- and ginger-scented essential oils are known to help mitigate nausea, so you can try those, too. One reader puts peppermint oil on her temples and says it eases her symptoms.