Articles
Clint Henderson is the managing editor for news at TPG. He worked in TV news for 20 years, including stints at ABC, MSNBC and Fox, before landing his dream job. Send tips to Clint.Henderson@thepointsguy.com.
Follow
March 13, 2022
•
8 min read 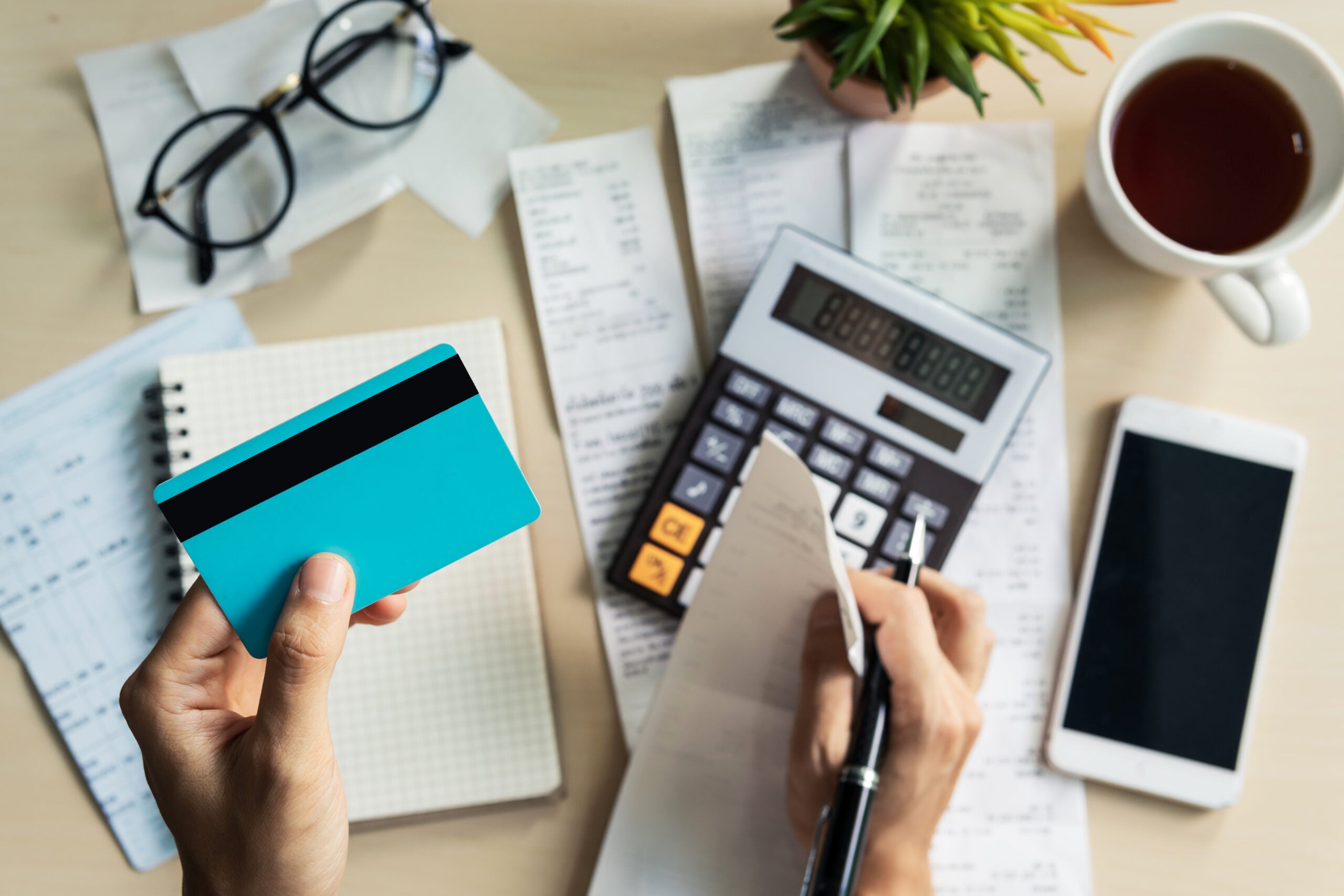 Editor’s note: This post has been updated with the latest information.

The federal income tax filing due date for individuals is Monday, April 18, 2022. It was extended in 2021, but no such luck this year.

TPG has received many questions about whether you should pay any owed taxes with a rewards-earning credit card and what the tax implications are on the rewards people have received as sign-up bonuses for opening new accounts or even for referring friends to sign-up bonus offers.

For tax reasons, the Internal Revenue Service (IRS) classifies credit card rewards as either bonuses or discounts. Fortunately, discounts, rebates and most bonuses are not considered taxable for IRS purposes.

But there are some cases where you will receive a 1099-MISC form for points or miles you earned for select activities.

Are any credit card rewards taxable?

Generally, most credit card rewards are not taxable.

Standard welcome bonuses (like 100,000 Chase Ultimate Rewards points after spending $15,000 on purchases in the first three months of account opening with the Ink Preferred Business Credit Card) are generally not classified as taxable income. Nor are the points you earn for your everyday spending on the cards.

The main exception to this rule is referral bonuses (for example, getting 20,000 Delta miles for referring a friend to the Delta SkyMiles® Reserve American Express Card). This is considered income because you didn’t have to do any spending to get the points. (Your friend, on the other hand, wouldn’t need to pay taxes on the bonus they earn for completing that spend.)

The other times a reward bonus might be taxable is if it’s a sign-up bonus with no minimum spending requirement.

“The only time that credit card rewards are taxable is when you do nothing in exchange for the reward, i.e., you get 60,000 miles for signing up for a credit card, with no minimum spending,” Steven Rossman, CPA and shareholder at accounting firm Drucker & Scaccetti, told CNBC.

As Maggie Grayson points out in the TPG Lounge, "Cash (in all forms) is always taxable. Miles are not."

Now, there are times when you will be sent a 1099-MISC or a 1099-INT if a card has given you taxable rewards, but not all issuers will send these forms, so you should keep your own notes. We’ve also seen instances where banks mistakenly send these forms even when rewards shouldn’t have been taxed. So, if you get one in the mail, you don’t immediately need to panic.

A 1099 is a so-called information return document for the IRS. It’s the same type of document as a W-2. It shows the income you’ve received from a third party. A copy goes to you and one goes to the Internal Revenue Service. A 1099-MISC is used to report “miscellaneous income” paid by one taxpayer to another.

You still need to report all income — even if you didn’t receive a 1099.

What issuers are sending 1099s?

If you got a referral bonus, you should have received a 1099. If you didn’t, you can request one from your bank or estimate the income. Often your bank won’t send a form unless it amounted to $600 or more in income, but even if they didn’t, you’ll still need to report it to the IRS.

American Express is reportedly sending out 1099s this year, but only for referral bonuses.

At least one of our TPG Facebook Lounge members got a 1099 from American Express. Eric Calasanzio told me he "got $750 worth of 1099 from Amex for referral bonuses."

Ross Binkley told TPG that he got several forms from American Express. “They issue a separate 1099 for each card you’ve referred from," he said. "They still issue the 1099s even if the total of all of them is under $600, though. I think I may have been over $600 in 2019, but I’ve received them in years where I wasn’t, too.”

Chase is reportedly sending out 1099s again as well. Several people in our TPG Lounge reported getting 1099s.

Courtney Bodner told TPG, "I got one from Chase for 3 referrals of the CSP!" (Chase Sapphire Preferred Card ).

Back in 2018, they sent 1099s for referral bonuses — some of those by mistake. Chase only sent out 1099s this year for those who took part in “refer a friend.” Chase values its points at 1 cent each for tax purposes.

Ashley Joshi told me in the TPG Lounge last year that, “I got one for my Chase Freedom Unlimited bonus of an additional 1.5% cash back on everything you buy (on up to $20,000 spent in the first year) – worth up to $300 cash back!"

Abhishek Midha told TPG he got a “1099-Misc for (a) 60k Chase UR Sapphire banking bonus promo.”

There is a great explanation of what Citibank considers reportable income from a 2012 widely shared Citibank blog post:

“You may have read in the news about Citi sending a small number of U.S. Consumer Bank clients 1099-MISC tax forms as a result of signing up for a airline miles giveaway promotion for opening a checking account. We want to make sure you know that rewards and airline miles that are provided in connection with a purchase on a credit card are routinely not subject to individual income tax reporting. However, if you receive a gift for opening a bank account — whether cash or airline miles — the value of that gift is generally treated as income and subject to reporting. This is separate and distinct from miles or points earned by our credit card customers for their purchases.”

Barclays, Bank of America, Wells Fargo and other banks

Same deal here: Anytime you got a referral bonus, you should have received a 1099. If you didn’t, you can request one from your bank or estimate your tax return income. Several folks responded to our question about this in the TPG Lounge. Readers have reported getting tax forms from Bask Bank, Citizen’s Bank, Fifth Third Bank and SoFi, among others.

Kevin Chin told us in the TPG Lounge, “I got them for the first time this year (2020) from Bask Bank and BankDirect for the AA miles I received.”

The short answer here is yes. Because you aren’t doing any spending to get the bonus, it’s considered income for IRS purposes. Also, note that points issued as sign-up bonuses for opening checking and/or savings accounts could be considered taxable income.

Be aware though, banks don't always send out the forms ... even when you might owe.

George Thurlow said he got, "None from Citi RE: opening bonus of 20k miles for the AAdvantage Savings account (generally a bonus for opening a bank account gets a 1099-INT)."

Is cash back taxable?

No, at least in most cases. A 2010 memorandum from the IRS says cash back is not considered taxable income. However, if it was given to you as part of opening a bank account where you didn’t have to complete minimum spend; you would need to report it as income.

One final note and reminder: Even if you don’t receive a 1099, you should still report any taxable bonuses as income. The IRS has been known to come after individuals who don’t. And if in doubt, you should always consult a certified public accountant.

More reading: What you need to know about credit card rewards and taxable income

Featured image by KITZCORNER/SHUTTERSTOCK
Editorial disclaimer: Opinions expressed here are the author’s alone, not those of any bank, credit card issuer, airline or hotel chain, and have not been reviewed, approved or otherwise endorsed by any of these entities.