Articles
Ethan Steinberg has been a frequent flier for as long as he can remember. He went from studying abroad in Paris to moving to Shanghai after graduating college, where he covered all things travel in the Asia-Pacific region for TPG.
Nov. 07, 2022
•
10 min read 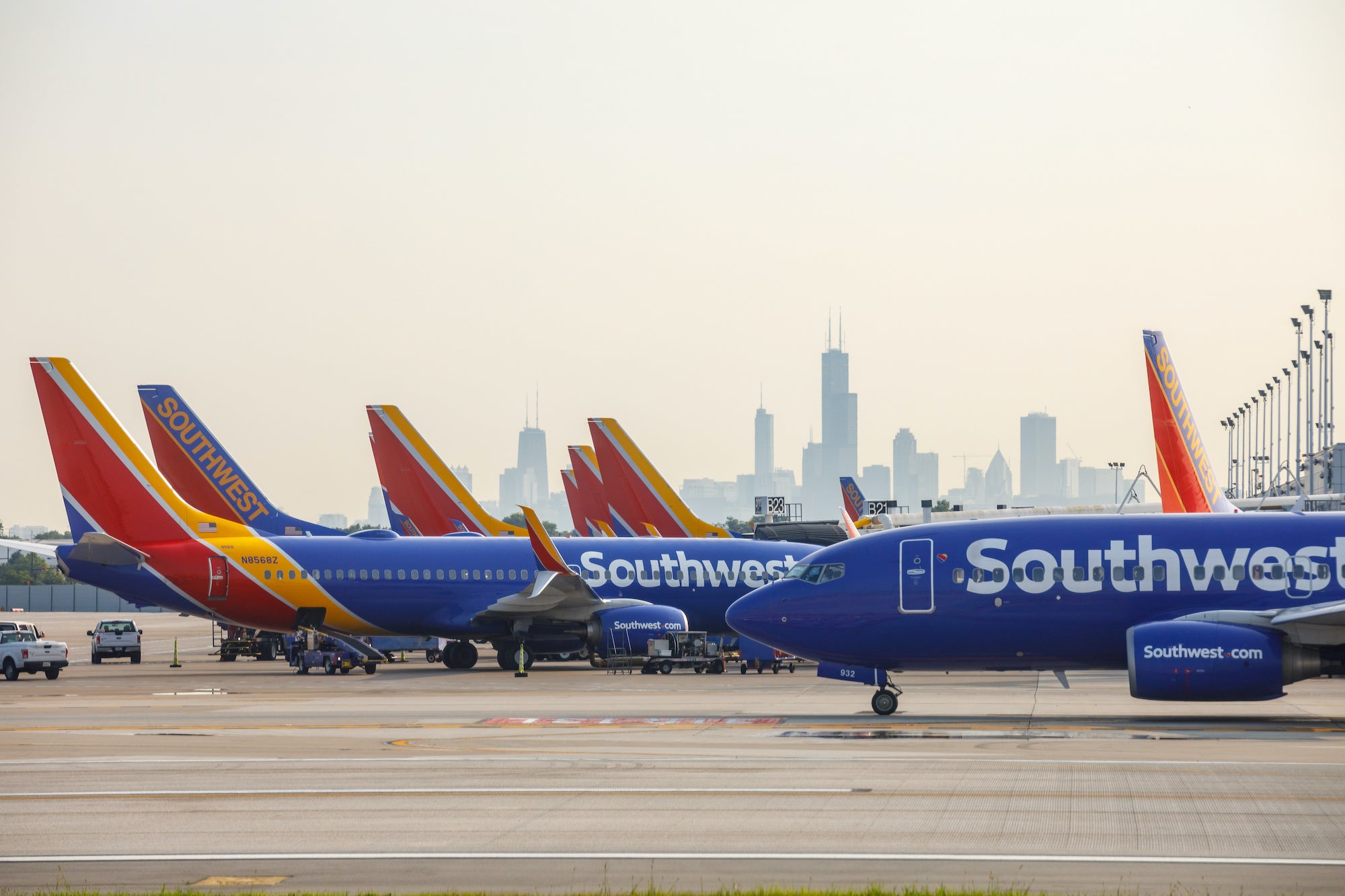 Welcome offers are usually one of the best ways to differentiate between credit cards from the same family. But what about the Southwest Airlines consumer credit cards that often have the exact same sign-up bonus?

The following three cards are all offering a bonus of 50,000 points after spending $1,000 on purchases in the first three months from account opening:

These bonuses can be especially lucrative for those who want to earn the Southwest Companion Pass benefit — especially if you play your cards right (pun intended) and get the bonus points to arrive in your account on or after January 1st. While it's true that the points needed for Companion Pass will go up next year, cardholders can also offset the increase with the 10,000 bonus points they'll receive from Southwest for holding one of its cobranded credit cards.

With all of the similarities between these cards, you might wonder: What exactly are the differences among the Plus, Premier and Priority versions of the Southwest credit cards? Despite their similar-sounding names, the three cards are actually quite different. Which one will be best for you depends on how often you fly Southwest and how many of these cards’ respective perks you can maximize.

Here’s what you need to know to choose among them.

What’s more, you don’t want to miss out on the 50,000 bonus points — which TPG values at $750 toward travel — by applying for one Southwest credit card versus another. Instead, your choice will come down to which card’s benefits you can leverage most frequently on your travels and which annual fee is affordable for you.

Here’s the type of traveler each card is probably best for.

If you’re a frequent Southwest flyer

If you are a frequent Southwest passenger, you should have no trouble maxing out the $75 annual Southwest travel credit, dropping your effective out-of-pocket cost for this card from $149 to $74. However, this could be even more valuable if you have the famous Southwest Companion Pass.

Remember, every dollar (or point) you spend on Southwest tickets stretches twice as far once you have the Companion Pass. Why? When you book one ticket with either points or cash, you can get a second one for your companion and pay just the taxes and fees on it. Taking that into account, you could argue that a $75 credit is actually worth $150 for Companion Pass holders, effectively cutting the annual fee on the Southwest Rapid Rewards Priority Credit Card down to zero.

With the Priority card, in addition to the annual travel credit, you’ll get four upgraded boardings in the A1-A15 position a year, when available. And the additional bonus points on your cardholder anniversary — 1,500 more than the Premier card — should get you $22.50 in additional rewards when you go to use them.

The only argument against the Southwest Rapid Rewards Priority Credit Card is that you do have to pay the full $149 annual fee upfront. However, if you’re able to quickly use the above perks, you can easily offset a large portion of that cost.

If you’re looking for a cheaper card

What does the extra $30 a year on the Premier card get you? For starters, your anniversary points bonus will be 6,000 instead of 3,000. TPG values those extra 3,000 points at $45, more than making up for the card’s higher annual fee.

If you opt for the cheapest card — the Plus — you’ll also get hit with a 3% fee on foreign transactions. This isn’t a huge problem when you consider that most of Southwest’s network is domestic flights, but Southwest’s cheap fares, low fees and above-average customer service make for a great excuse to take a trip to a Caribbean destination at an affordable cost. Keep this in mind if you're carrying a card with foreign transaction fees.

Finally, with the Premier, you can earn tier qualifying points (TQPs) toward elite status: 1,500 per $10,000 you spend on purchases with the card in a calendar year (with no limit on how many TQPs you can earn from credit card spending in a year). So if A-List or A-List Preferred status is of interest to you, go with the Premier.

The thing that keeps most people from opening these Southwest credit cards has always been Chase’s restrictions on credit card applications.

First and foremost is the Chase 5/24 rule, which applies to all three of these cards. Chase will almost certainly reject applicants if they’ve opened five or more credit cards, from any and all issuers, in the last 24 months. You can read this complete guide to the 5/24 rule, but if you’re at (or over) your five slots, we recommend not wasting an application on these cards, since you’re likely to get declined.

In addition to the 5/24 rule, the terms and conditions of each of these cards state:

So if you currently hold one of these Southwest personal credit cards or have received a bonus for one in the last 24 months, you will not be eligible for these offers.

Note that this only applies to personal credit cards. If you recently opened the Southwest Rapid Rewards Premier Business Credit Card or Southwest Rapid Rewards Performance Business Credit Card, you can still open a personal card. Likewise, these and other small-business credit cards that you may have opened recently generally should not count toward Chase’s 5/24 card limit, so you could still be good to apply.

The Southwest Airlines credit cards continue to be popular. Right now, new applicants for all three cards can earn 50,000 points after spending $1,000 on purchases in the first three months from account opening.

Anyone who flies Southwest even just a handful of times per year should have no problem maxing out the travel benefits that come with the Southwest Rapid Rewards Priority Credit Card. After accounting for the $75 annual Southwest travel credit (worth twice as much if you have the Companion Pass), the elevated anniversary points bonus and other perks, this is — hands down — the card that will add the most value to your wallet.

The Southwest Rapid Rewards Priority Credit Card‘s $149 annual fee is relatively cheap in today’s world of hyper-expensive premium credit cards. But if that still feels like too much, it’s possible to get a good return from the Premier and Plus cards as well.

Featured image by JOHN GRESS MEDIA INC/SHUTTERSTOCK
Editorial disclaimer: Opinions expressed here are the author’s alone, not those of any bank, credit card issuer, airline or hotel chain, and have not been reviewed, approved or otherwise endorsed by any of these entities.