Articles
Summer Hull , aka Mommy Points, ran the Mommy Points site for families who want to travel more for less using miles and points for seven years. She now heads up a variety of special projects at TPG when she isn't exploring the world with her own two girls.
Follow
June 25 2022
•
7 min read 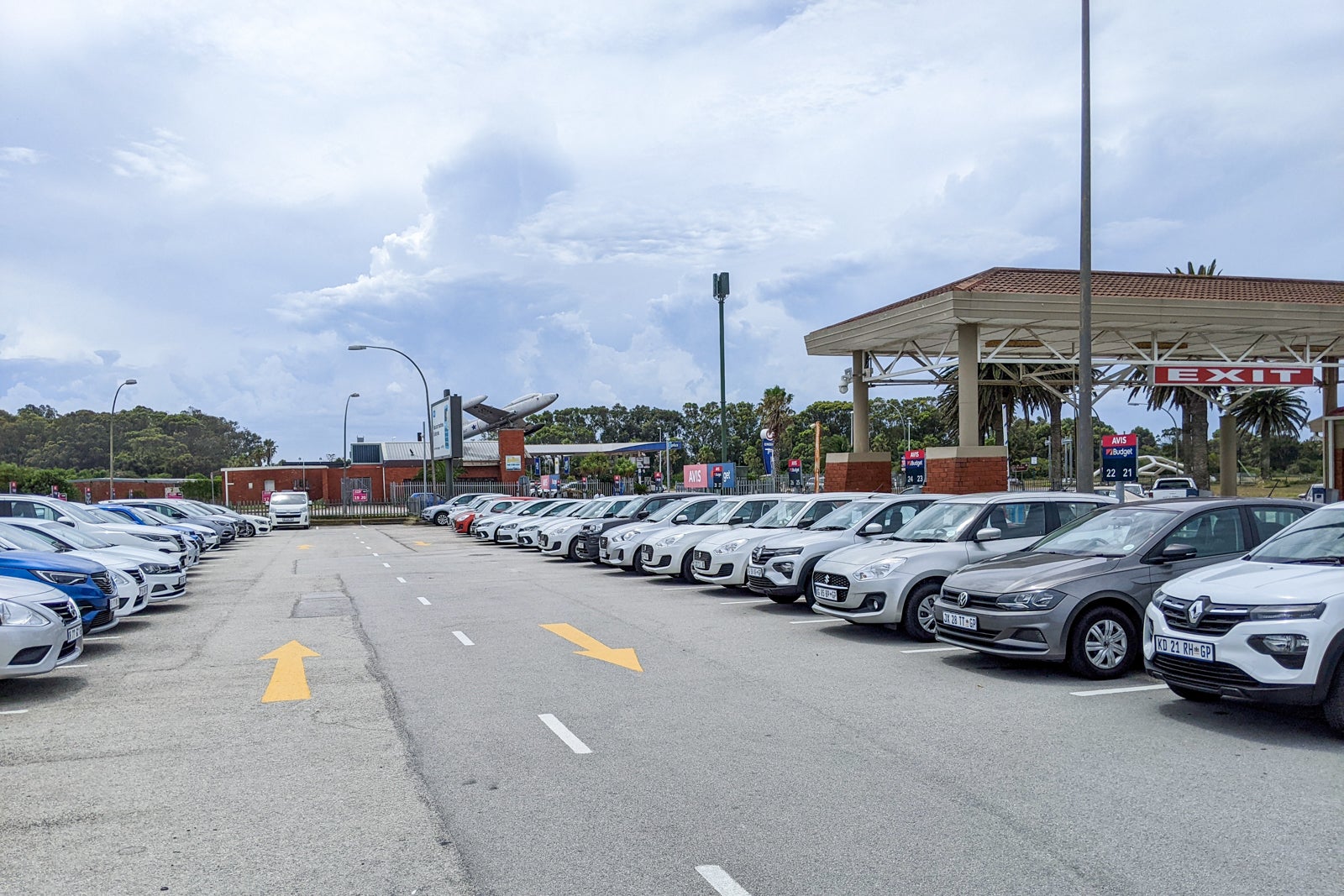 There are a lot of ways that rental car fees can get you. Maybe you've heard of the ongoing "rental car apocalypse," where inventory is tight and prices are high.

What you may or may not realize, though, is that there is one other thing you should do to protect yourself when you pick up and turn in your car rental: Record a video of the entire car.

You can be accused of damaging the car after the fact

Recently, we rented a minivan for a multigenerational trip around Canada through Calgary, Banff, Lake Louise and Jasper. Car rentals are still hard to come by in that region, and while we were able to secure a minivan by booking months in advance, it still cost about $1,350 for the week.

That price stung, but there was no way around having a car for our itinerary. With six people in tow, we needed a specific amount of space, so we put the amount on our Chase Sapphire Reserve so we would earn 3 points per dollar spent on travel charges and receive primary rental coverage.

We spent the week driving around Alberta exploring the great outdoors and ended it by turning the van back in all filled up and ready for the next renter at the Calgary airport location. I got my receipt printed out from the man checking the cars back in and thought that was the end of that.

About six hours later after we had landed back in Houston and were long gone from the previously rented minivan, I got a call and email from the local car rental company's office saying they had now found damage on the vehicle. Specifically, the car reportedly had a "missing molding piece on the top of the car."

While I'll admit I didn't inspect the top of the vehicle, we didn't notice any damage, had no knowledge of any incidents that could have caused damage and were not made aware of potential damage by the man who looked at the car when we turned it in.

I thought I would be fully in the clear because I recorded a walk around the vehicle when I returned the car, but unfortunately, I had made a mistake in the process.

Related: How to skip the car rental pick-up line

You can be on the hook for damage without concrete proof

I'm not alone in being accused of damage well after turning in a rental car.

After sharing some of my car rental saga on social media, many travelers messaged me saying they have experienced similar post-return car rental damage accusations.

Because you can be accused of damaging a rented car even after it has been checked back in — and very much out of your sight — it is always a good idea to have a video recording of the car in the state it was in when you handed the keys back over.

One fellow traveler shared with me how a video helped her when she was accused of causing $1,200 in damage to a car in June 2019. The alleged damage to the "left rear door/bumper" was marked as "resolved" once she gave the claims company that was representing the car rental company her video of the car at the time it was returned.

I had followed my own advice and had that recording, but where I went wrong was disregarding the top of the car. I did a short, cursory walk-around recording on my phone that would have captured things like a cracked windshield, door dings and any major accidents — but it never occurred to me to be so thorough as to record the car from above.

It gets worse — multiple people told me they have been accused of damaging the undercarriage of the car after returning it. While it would obviously be unreasonable to crawl under the car to record it, it wouldn't hurt to include at least some of the undersides of the bumpers in your video if it isn't physically too much of a stretch.

Given what I was able to capture in my 20-second video, I'd estimate I could get pretty much all of the car in a one-minute video moving forward. As a result, it shouldn't be a huge time suck to your travel process to do the same.

There are reportedly several hundred Hertz customers (and even a few non-customers) who have been falsely accused of stealing vehicles. Some have even had to spend time in jail for those accusations which resulted in police reports.

To protect yourself, record a video showing the car being returned in addition to keeping records of all receipts you receive for the vehicle.

There are true scams out there where rental car agencies and agents try and get more money out of travelers for damage that was not caused by the renter. However, there are also mistakes that happen, too, either unknowingly in the real world or due to mixed-up paperwork or tracking.

Some rental car locations, regions and companies grant less leeway with what comprises everyday wear and tear on vehicles and may insist on charging damage and repair fees for a mild and mysterious scratch that wouldn't even register on the radar of other locations.

Occasionally, inadvertent damage isn't noticed at the time it occurs — but that doesn't mean you shouldn't be prepared with video footage. With cars changing hands several times a month, it's best to have proof of what a vehicle looked like when it was in your possession so rental car providers can better assess who did what and when.

My own alleged damage situation is still pending, but my behavior going forward is unquestionably going to change so I have better video evidence for any vehicle I rent.

To protect yourself and lessen your odds of being in a situation like mine, always rent cars with a credit card that conveys primary rental car coverage. Additionally, try and always get a good, comprehensive video and/or photos of the vehicle both when you pick it up and again when you turn it in so you can easily clear up any "accident" claims that come up.

Related stories
First, Club Suite and the rest: Flying the British Airways 777 in all 4 cabins
10 best hotels to see the northern lights
You won’t want to miss New York City’s newest immersive art space
New welcome offers: Earn up to 150,000 points on these Marriott Bonvoy credit cards
Featured photo by Plenty of rental cars at PLZ. (Photo by Katie Genter/The Points Guy)
Editorial disclaimer: Opinions expressed here are the author’s alone, not those of any bank, credit card issuer, airline or hotel chain, and have not been reviewed, approved or otherwise endorsed by any of these entities.