Book this, not that: Nashville hotels edition

Articles
Tanner Saunders is a senior hotels reporter for TPG, a corgi dad and chicken fried steak fanatic. Originally from Texas, Tanner now lives in Brooklyn, but you are more likely to find him scouting out your next best home away from home.
Follow
March 28, 2022
•
8 min read 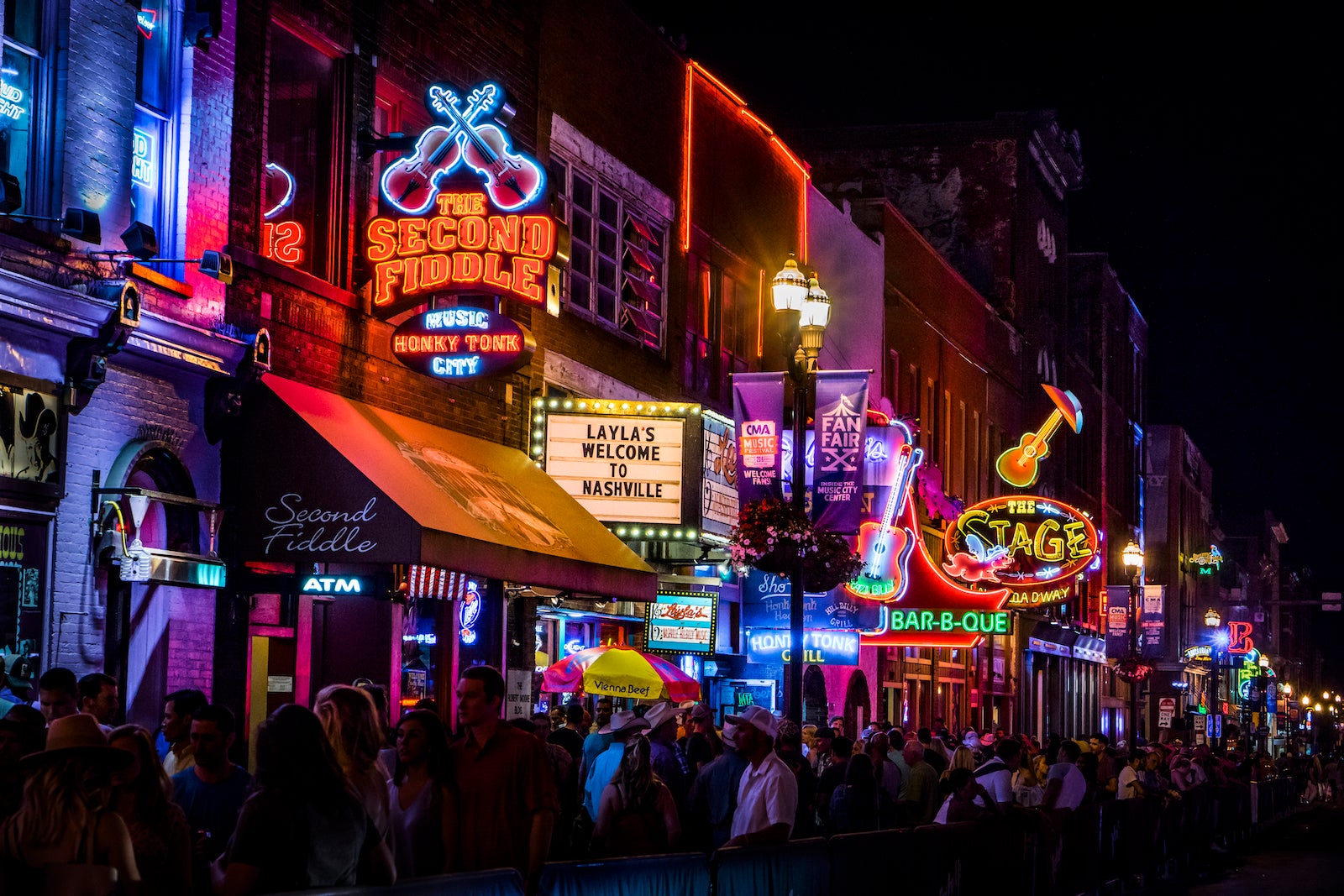 Nashville is one of the most lively, entertaining and energetic cities in the country. Home to hot chicken and country music, the popular destination also has more hotels than you'd think could possibly fit into one small city — with new ones opening or being announced practically daily.

With that in mind, deciding where to anchor a stay in Music City can be difficult. There are hyper-luxe options like the JW Marriott and soon-to-open Four Seasons, iconic hotels like the Gaylord Opryland Resort, more budget-friendly options like two Moxy hotels, a handful of Hyatt House locations and so many others in between.

For this twangy take on "Book this, not that," we'll break down a few popular points hotels for you to consider on your next trip to Nashville — and highlight a few that you might reconsider if you're looking to stretch your hard-earned points further. That's not to say these hotels are the only ones you should consider booking, but rather ones that might get you a little more bang for your buck. That way you can save your money for what really matters, like a night of karaoke, tickets to the Grand Ole Opry and lots and lots of delicious Southern food.

One thing worth noting is that Nashville is a city with so many events, conventions and tourists year-round — not to mention the truly staggering number of bachelor and bachelorette parties that come in during the weekends — that hotel rates fluctuate wildly and hotels book up fast.

With that in mind, book early and compare cash rates against different points options to find what works best for you.

Located in the Gulch, one of Nashville's trendiest neighborhoods full of bars, restaurants and shops, the Thompson Nashville is a design lover's dream. It's right next to Station Inn, a popular music venue, and Biscuit Love, where long lines can be found nearly any time of the day for the chance to snack on the Southern staple. Inside the hotel, moody rooms with wooden accents, deep blues, barn-style doors, floor-to-ceiling windows and Marshall Bluetooth speakers feel modern and rustic all at the same time -- like Nashville itself. And while there's plenty to experience in the neighborhood, the rooftop bar, L.A. Jackson, is one of the most popular in town, with sweeping views of the city that attract tourists and locals alike.

Cash rates at this buzzy hotel can usually be found between $300 and $500 for weekdays and can soar to over $600 a night for weekends. As a Category 6 World of Hyatt hotel, standard award nights here run between 21,000 and 29,000 points a night. Even at 29,000 points a night, you'll usually save by booking with points over paying with cash as TPG's current World of Hyatt valuation of 1.7 cents per point puts that outlay at less than $500.

While there are other Hyatt properties in Nashville that are less expensive (mostly at 20,000 points per night), this hotel's location, vibe and awesome food and drink options make it completely worthy of booking over any other Hyatt property in town.

Related: The most award-friendly hotel program: Everything you need to know about World of Hyatt

Hyatt's Holston House, located downtown near the Ryman Auditorium and not far from the honky-tonks of Lower Broadway, is a fine place to stay in my personal experience. However, for what you'd pay in points or cash, you can do better. While the Art Deco design is nice and there are some solid food and drink options, including a rooftop bar, the offerings back at the Thompson feel more effortless. Bonus points for the Holston's rooftop pool, though, something lacking at the Thompson.

A Category 5 World of Hyatt hotel, award rates here can be found between 17,000 and 23,000 points per night. The truth, at least in Nashville, is that with its wildly changing cash rates, Hyatt properties really hold their value when redeeming points. So, while I'd recommend the Thompson for aesthetic and charm and an overall better return for your points, you can still find a good deal here.

There's no shortage of high-end Marriotts in Nashville, making it tough for Bonvoy members to decide where to redeem points for a Music City stay. Noelle, part of the Tribute Portfolio and located in a prime area of downtown near all the happenings (including lively Printer's Alley), is one of the best choices. Put together by local creatives, the hotel exudes smart design and the same sense of laid-back cool Nashville is known for, especially in its public spaces and restaurants (bonus points if you find its secret cocktail bar hiding in a storage closet).

Expect to redeem between 50,000 and 70,000 Marriott Bonvoy points per night at this property. With cash rates for Noelle easily hitting more than $450 for a weeknight, a standard award redemption here will get you nearly as close to TPG's current Marriott valuation of 0.8 cents per point as you'll find in the downtown area.

While the 28th-floor rooftop bar is worth a visit for some spectacular views, the massive Sheraton that can be seen from around town taking up space in the skyline might be a little disappointing for travelers hoping to be in the middle of the action. The rooms are well-appointed and the food and drink options are solid. However, there are plenty of other hotels in the area — including Marriott properties — that feel distinctly Nashville and not like every other massive chain hotel indiscriminately placed in every major city.

Award rates here fall between 40,000 and 60,000 points per night, but with cash rates fairly unpredictable (for the same week in April a standard King room fluctuates between $167 and $792), the valuation usually falls enough below our Marriott valuation to book elsewhere.

While IHG has a handful of hotels in Nashville, the Hotel Indigo is a great property in a prime location right near the heart of it all at Printer's Alley. Here you'll find a design that pays tribute to Nashville's history as a center for commercial printing, an ode the building's former life as a bank and nods to the city's musical significance such as live music every night. The rooms are chic and comfortable and the perfect place to crash after a wild night bopping around the area's many bars and restaurants.

Like all the other hotels mentioned, cash rates here can change like crazy depending on the day of the week and what's going on in town. That said, after checking a handful of different dates, the majority of searches found redeeming points -- often 57,000 IHG Rewards points per night -- at the Hotel Indigo came out above our current valuation of 0.5 cents per point.

While there are plenty of reasons to like this Holiday Inn & Suites, including a pool, free breakfast and a great location, it's sort of a wild card when it comes to knowing how many points you'll expect to cash in for a night here. At times, those rates can be in your favor and close to our 0.5 cent valuation per point. However, oftentimes the weekend rates are absolutely astronomical, like in the summer when award nights can be found as high as 91,000 points.

As someone who visits Nashville multiple times a year, I'm almost always checking in on how much hotels are going for in this boom city — and I'm almost always shocked at how expensive it is. The reality of a trip to Nashville is that you're probably going to spend either a lot of points or a lot of cash for a room in a prime location like downtown. But with a little research and due diligence, you can make your points work for you to snag a room at one of Music City's many trendy hotels.