The best Little Italy neighborhoods in the US

Articles
Terry Ward is a Florida-based freelance writer who travels the world with her two young children while contributing to The Points Guy Family, in addition to many other outlets. She has lived in France and New Zealand and has a particular passion for Norway. terry-ward.com
Follow
Oct. 01, 2021
•
7 min read 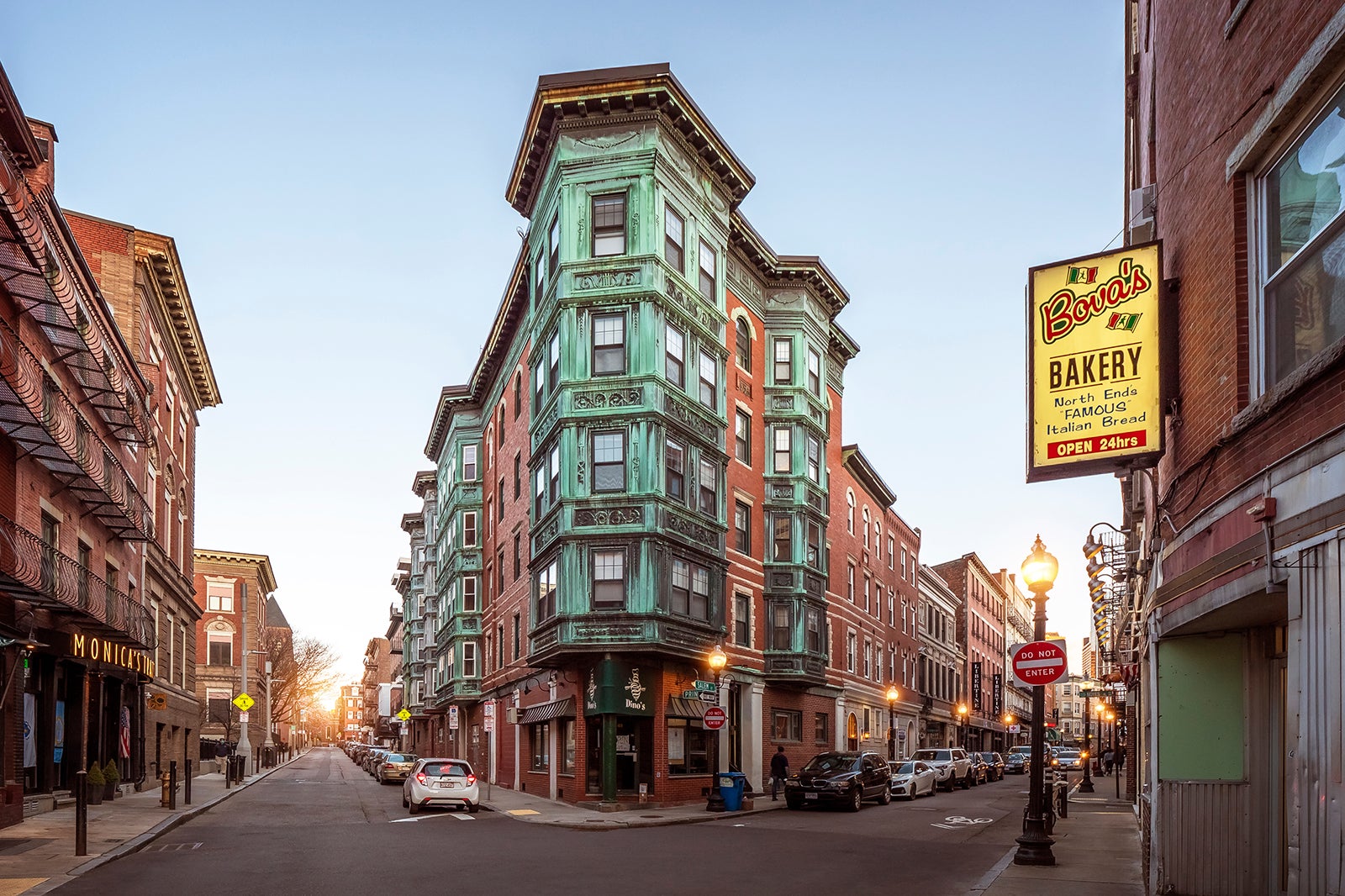 Celebrate Italian-American Heritage Month this October with a trip to one of these "Little Italy" neighborhoods across the United States.

Until I got my DNA results a few years ago, I was convinced — due entirely to family pride, the family tree and my nonna’s pronunciation of particular words — that I was at the very least a quarter Italian.

After all, we made pizzelles every Christmas alongside sugar cookies and my grandmother pronounced prosciutto “pro-SHOOT” and called the cheese that goes atop pizza “mozzarell.”

But, as Ancestry.com ultimately informed me, I’m only slightly more Italian than a Viking (less than 5%, to be precise) — not that it ever kept me and my family from seeking out Little Italy neighborhoods for cannolis and pro-SHOOT every place we went, of course.

Wondering where to find a Little Italy in the U.S. that promises to be more Italian than I am?

For starters, steer clear of the touristy one on Mulberry Street in New York City, which is a souvenir-ridden shadow of what it once was, and head to these far better Little Italy bastions across the U.S. instead.

Baltimore’s historically Italian neighborhood, just a few blocks from the Inner Harbor, is a place you might see a game of bocce ball being played in the park (there’s a Little Italy bocce ball league here) or happen upon an Italian food and wine festival (October’s Italian Heritage Festival is a big one that kicks off with Mass and a procession through the streets).

Italian immigrants found their ways to the neighborhood in the mid-1800s and today Baltimore’s Little Italy bustles with family-run Italian restaurants and pastry shops. For two great ones, try Vaccaro’s Italian Pastry Shop, known for its cannoli and biscotti, and La Tavola, helmed by a Venetian chef.

The walkable North End neighborhood of Boston is where you’ll find the city’s Little Italy district, which by 1920 was home to more than half of Boston’s Italian immigrants. It remains a bastion of all things Italian today, too.

The neighborhood’s cobblestone streets, historic homes and waterfront views make for an atmospheric backdrop for hunting down all your favorite Italian fare, be it rabbit pasta, Sicilian-style seafood or a down-home version of osso buco.

Don’t miss the porchetta sandwich at Bricco Salumeria & Pasta Shop, where you can shop for olives, cured meats and cheeses to bring home. And cure your craving for Italian sweets at Modern Pastry, a family-owned Italian bakery where you can try the waffle-like cookies called pizzelles my grandmother made for the holidays or some sfogliatelle (a flaky ricotta-filled pastry).

Pass on Lower Manhattan’s contrived Little Italy around Mulberry Street and make for the Belmont area of the Bronx, around Arthur Street, instead for a real dose of Italian culture.

Italians followed German and Irish immigrants here in the late 19th and 20th centuries, and the area became known as Bronx Little Italy (even as its population has exploded with immigrants from many other nations today).

Artisanal food shops, restaurants and bakeries abound. Hit Mount Carmel Wines & Spirits for a considerable range of Tuscan, Piedmont and Veneto varietals at reasonable prices. And pick up some homemade fettuccine and ravioli to take home from Borgatti’s Ravioli & Egg Noodles, a third-generation shop that’s been proffering the real pasta deals since 1935.

Hotels nearby: Stay at your favorite Manhattan hotel and take public transportation or a ride-hailing service to Little Italy.

Head to the Federal Hill neighborhood of Providence to get your Italian fix in the Ocean State. Rhode Island’s capital welcomed a huge influx of Italian immigrants in the early 1900s, and today the neighborhood’s square and main streets (Atwells Avenue and Spruce Street) are still a place where you might spot a nonna doing her shopping and Italian flags aflutter in the breeze.

DePasquale Square, with its centerpiece fountain, is a focal point for Federal Hill and a great place from which to set out exploring on foot.

You might want to book a meal at Rhode Island’s oldest family-owned Italian restaurant, Joe Marzilli’s Old Canteen, founded in 1956, which does a mean chicken parmesan and delves into snail and eel dishes, too. Or stop into Italian food emporium Venda Ravioli for charcuteries, olive oils, coffee and other fresh-from-Italy groceries to take home.

While the East Coast may seem to have the monopoly on Little Italy neighborhoods, you can find a great one in San Diego, too.

Italian immigrants were drawn to the area near the Embarcadero in downtown San Diego in the 1920s, when fishermen who worked with the area’s tuna industry and their families settled here.

Today, the community’s heart is the European-style square called Piazza della Famiglia, where an elaborately tiled fountain is surrounded by Italian-inspired places to eat and drink.

Mona Lisa Italian Foods is a fine little market and deli where you can sit for a meal too, segueing perhaps from an antipasto salad to a pancetta-and-fresh-garlic pizza. And the relatively new Little Italy Food Hall offers fast-casual options to grab and go.

The early stomping grounds of Yogi Berra and Joe Garagiola, The Hill neighborhood of St. Louis is where you’ll find the best Little Italy in all of the Midwest. In the late 19th and early 20th centuries, the community attracted large numbers of Sicilians who moved to the U.S. in search of opportunity.

A red, white and green color palette dominates the neighborhood’s streets today (even the fire hydrants are painted the colors of the Italian flag), and The Hill brims with trattorias and Italian-style butchers, bakeries and markets. October’s Italian Heritage Parade & Festival on The Hill is one of the city’s most significant annual events.

Don’t leave without trying toasted ravioli — a St. Louis Little Italy invention that consists of breaded and deep-fried ravioli that will make your Italian American heart sing (Charlie Gitto’s and Mama’s are famous for it).