These Are the Best Times to Visit Israel 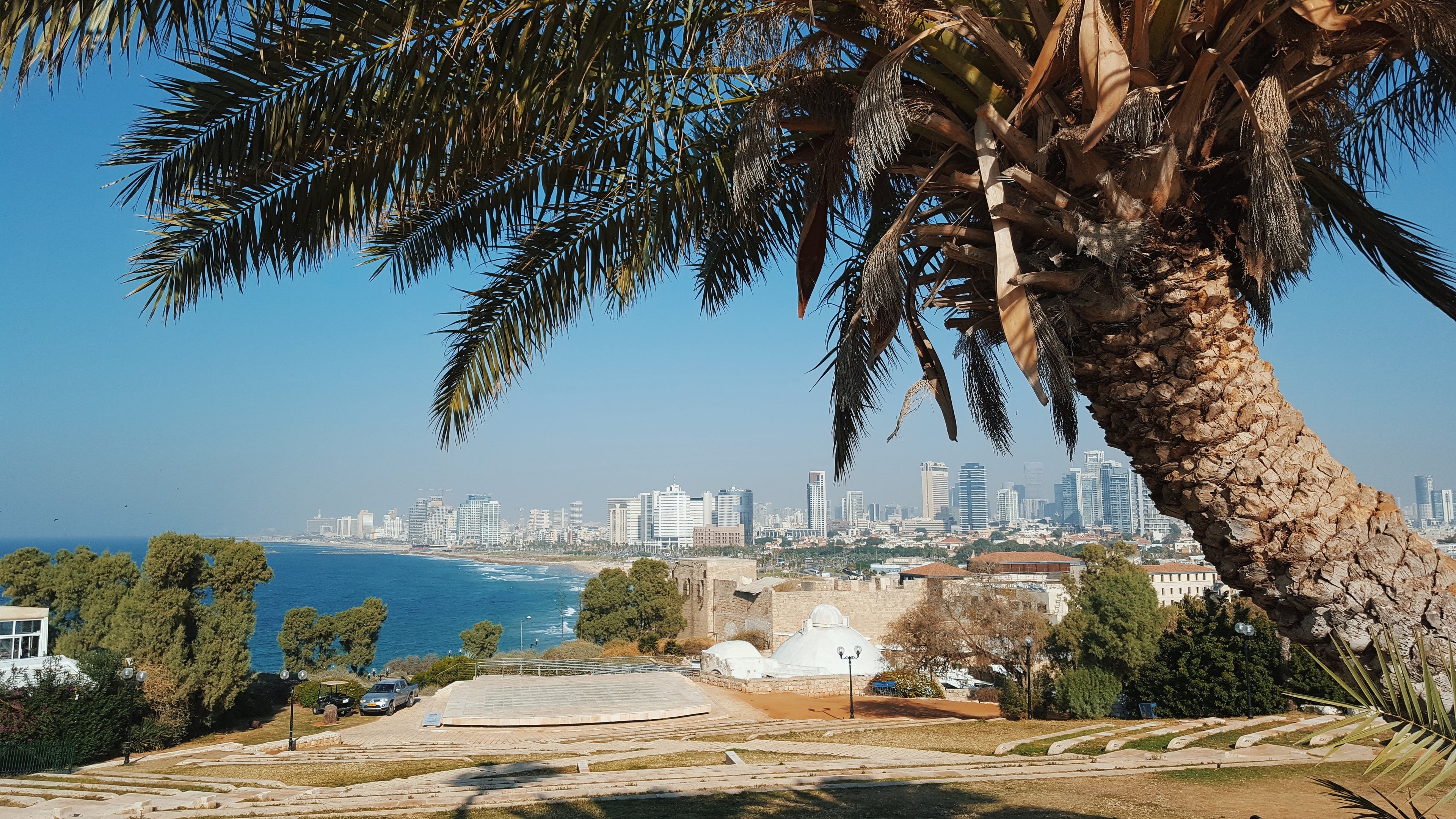 When is the best time to travel to Israel? It depends not so much on who you ask, but on the type of trip you're planning.

Are you looking for a religious heritage-themed trip, or perhaps you just want to check out Tel Aviv's dynamic culinary scene? The thing to remember is that, while no reason for traveling to Israel is less legitimate than any other, this unique nation does require travelers to take timing into careful consideration, because of factors ranging from weather to culture.

Related: Check out Brian Kelly’s vlog to learn more about traveling to Israel.

Travel in Israel is something you can plan on virtually any time of the year. That's particularly so if you're traveling for reasons of faith, because the holy sites never take a vacation — and bright sunshine rarely takes a holiday either. Summers generally extend from late April to October and can be very hot and humid along the coast, while the winter months from November to March bring cooler temperatures and some days with brief rain showers.

Because Israel is the Jewish State, expect busy travel times around major Jewish holidays like Passover and Rosh Hashanah. The busiest months tend to be October and August, so if you're going to visit at either of these times make sure to start the planning and hotel reservation process well in advance.

The Best Weather in Israel

When will you experience the best weather in Israel? Such a simple question, and yet not. Long, warm (sometimes downright hot) and generally dry summers extend from April to October while winter (November to March) is generally mild. But there's a big difference between the climate of the coast and the hillier areas like Jerusalem and Safed — Tel Aviv is more humid, with rainier winters, while drier and cooler weather prevails around Jerusalem. In the Galilee (northern Israel), rainfall in winter can even be heavy, with occasional snowfall in mountainous regions, while around the Dead Sea and Negev desert there's hardly any rain at all.

In spring and fall, hot winds can blow in from Africa, sending temperatures soaring and blanketing the country in dust. But those are extreme conditions and usually don't last long. Generally speaking, you'll find the best weather in April, May, June, late September and October.

The Best Times to Visit Cities in Israel

The best months to visit Tel Aviv are April, May, June, September and October. This is mainly because winter months (particularly December through March) can be rainy, and in July and August the heat and humidity are reliably oppressive. Even in the peak of summer, it will be less humid in Jerusalem. In wintertime, temperatures can get downright frosty in Jerusalem, especially at night, but none of this should impact your visiting cultural or heritage attractions. In Eilat, Israel's Red Sea resort, you can expect bright sunny days throughout the winter, but average daytime temperatures in the triple digits in the peak summer months.

With a few exceptions, visiting Israel during major Jewish holidays is wonderful if you have family or close friends in the country — but a certain kind of miserable if you do not. The reason for this is simple: Israel is a very close-knit country, and it's a quasi-religious state, meaning that religious holidays are taken very seriously. So, here's what you should know if you're thinking of traveling here during a Jewish holiday.

Rosh Hashana is the Jewish New Year and Yom Kippur, the holiest day in the Jewish calendar, is the Day of Atonement; they always fall in close proximity on the calendar.

Remember that Rosh Hashana is a holiday that is celebrated even by secular Jews in Israel — usually with a family dinner — while Yom Kippur is observed by virtually everyone in the country because on this day, the entire nation shuts down. There are no cars in the streets and no planes in the sky: Yes, even the airports are closed. So think very carefully before deciding to be in Israel during Yom Kippur. What is culturally cool for some may be a little unnerving to others.

Passover can also be a tricky time to travel to Israel. The Passover seder dinner is a big family tradition among Jews and if you aren't going to a family seder on Passover in Israel when almost everyone else is (obviously, Arab Israelis don't do Passover) you could feel a little left out. Note that hotel prices around Israel tend to spike during Passover because there are so many Jewish travelers visiting family and friends from abroad. Also, all supermarkets and many restaurants including hotels with kosher restaurants may not serve bread during the entire week of Passover.

Purim and Other Holidays

Purim is a festive holiday that leans more cultural than religious and has become the modern Israeli equivalent of Halloween. In Tel Aviv in particular, the streets fill with people of all ages and orientations in some seriously outlandish costumes and a carnival atmosphere prevails. In 2020, Purim extends from the evening of Monday, March 9 to Tuesday, March 10.

Hanukkah in Israel is largely observed by eating jelly doughnuts (sufganiyot) and in 2019, runs from Sunday, Dec. 22 to the evening of Monday, Dec. 30. And Gay Pride in Tel Aviv, which happens every June, is always a blast.

"Shabbat Shalom!" is how Israelis greet each other from Friday afternoon to Saturday evening. In Judaism, Shabbat, or Saturday, is the holy day of rest, so remember that even if you're Christian or Muslim, Israel is officially the Jewish State and you can expect travel (among other things) to be impacted by the countrywide observance of Shabbat.

Public offices and most businesses close down. In Tel Aviv, most restaurants and some stores remain open while trains and buses just about everywhere do not run — or, if they do, it's on a very restricted schedule. This can complicate plans for day trips on Saturday unless you have a car. El Al, Israel's national airline, may have updated its fleet but it still does not operate flights on Saturdays or major religious holidays (namely Yom Kippur). By contrast, while it's lazy brunch day elsewhere in the world, Sunday is the start of the work week in Israel.

The Best Times to Visit Masada and the Dead Sea

Outside of Jerusalem and Tel Aviv, the ancient desert fortress of Masada along with the mesmerizing Dead Sea — the lowest point on Earth — are arguably Israel's star attractions. The Judean Desert, the setting for both, is a harsh environment and blazing summer sun can easily lead to dehydration if you're not careful. Spring and fall are best for Masada, while summer and fall are ideal for the Dead Sea. That's when the salty water, on which you really do float, is at its warmest. Both sites are busier during Jewish holidays, namely Passover.

When to Visit Israel to Avoid Crowds

Israel is a densely populated country and increasingly popular among tourists but rarely gets overcrowded in the manner of Paris or Barcelona. August but also late September and October tend to be busy times because of the High Holidays and slightly cooler weather, so it makes sense to factor that into your travel plans. If you want to avoid crowds at major cultural and religious sites, avoid travel during the week of Passover.

The Cheapest Times to Visit Israel

Bear in mind that Tel Aviv is a Mediterranean city and, from around November to March the beach scene takes a big time-out, meaning you're likelier to find hotel deals in the off season then at other times of the year. That said, Tel Aviv is the most expensive city in Israel and Jerusalem is not far behind. June, July and August are the high season months, so going in April, May or November instead should yield lower prices on accommodation. If you can avoid places like Jerusalem and Eilat during the Jewish holidays you will also find it easier to stay within a budget.

The cheapest month to fly to Israel is generally November. Prices go up and ticket availability goes down during Passover, when Israelis vacation outside of Israel in droves. At any time of year, the best moneysaving airfare hack is to buy a ticket to a major European city such as London and from there grab a ticket on a low-cost carrier like easyJet to Tel Aviv. Virgin Atlantic is scheduled to start its nonstop service from London Heathrow (LHR) to Tel Aviv's Ben Gurion International Airport (TLV) in September.

It's no secret that hotels in Israel tend to be expensive. You usually get a good Israeli breakfast thrown in with your basic nightly rate, but expect to allocate a lot of your budget for hotels, particularly in the high season and during major Jewish holidays.

If you're looking to save money, you basically need to avoid travel during the High Holidays and during the Passover holiday period. In Jerusalem and Tel Aviv you'll find the cheapest hotel rates, but also less-than-ideal weather, in January and February.

Remember these two hacks for Tel Aviv, specifically: You needn't spend a fortune to stay by the beach — check out smaller seaside hotels like the Hotel Savoy; and if you don't have enough points to shave some shekels off those steep luxe hotel rates, consider booking a furnished apartment as a less expensive alternative. B'vakasha (you're welcome).

Feature photo by Reiseuhu on Unsplash.

Related stories
Save money with these travel-related offers on your credit cards this month
Use these shopping portal bonuses to earn extra miles this holiday season
Using miles and points to book airline tickets and hotels for others
Maui magnificence: A review of Kaanapali Alii, a Destination by Hyatt Residence
Featured image by Photo by Reiseuhu on Unsplash