6 Reasons You Have to Visit the Dead Sea

Articles
Lori Zaino is a writer for TPG and TPG UK covering travel, news, points and miles and more. She's been based in Madrid, Spain almost 15 years and is an expert in travel throughout destinations such as Europe, Southeast Asia and Africa.
Follow
June 27, 2019
•
6 min read 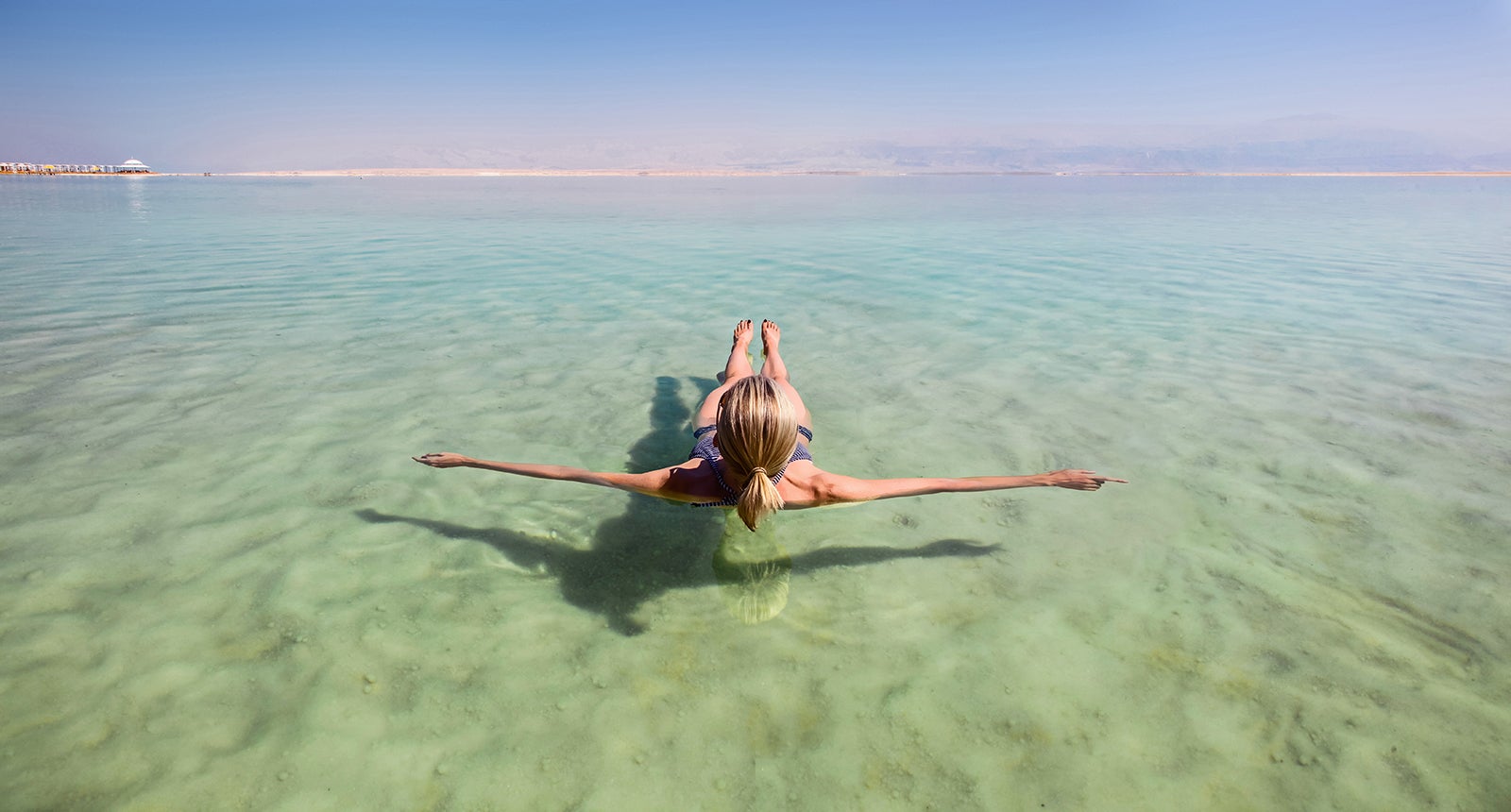 The Dead Sea — one of the saltiest bodies of water on Earth — is truly a wonder. It's so salty, in fact, that it's almost entirely devoid of living things. So, don't expect to see any fish or sea creatures here. (And don't even think about opening your eyes underwater to confirm. Just trust us on this one.)

Despite its name, the Dead Sea is actually a lake, and it's a worthy day trip — or even a weekend getaway — during a visit to Israel. Just beware of open cuts or wounds and definitely don't shave before entering the Dead Sea, or you'll feel the burn. Travelers with sensitive feet may want to wear water shoes, and everyone should pack plenty of sunblock and bug spray.

Some people can handle the salty water better than others, so if you feel your skin start to itch or burn while in the sea, don't hesitate to take a break and get out, rinsing off with fresh water.

Ready to go? Here are six reasons you should add this salty "sea" to your travel bucket list.

The Dead Sea is bordered by both Israel and Jordan. The TPG team recently floated in the Israeli side, but it's interesting to consider that the border between the two countries bisects the middle of the lake. You can actually see the other side of the lake in Jordan as you float in Israeli waters.

It's One of the Lowest Points on Earth

The shore of the Dead Sea sits at almost 1,400 feet below sea level, and the lake itself is more than 1,000 feet deep. The highway that runs along the lake, Highway 90, is one of the lowest roads in the world at almost 1,300 feet below sea level. We don't recommend getting out of the car to explore the shore unless you're at a specified beach because of the many sinkholes surrounding the Dead Sea — and the possibility of falling into a new one.

Clearly visible from many points along the shore, the sinkholes occur because the Dead Sea is shrinking. As the saltwater recedes, freshwater flows into these areas near the shoreline, dissolving the salt and weakening the ground from inside, making it prone to collapse. The result? Sinkholes. Israel, Jordan and Palestine have been working on a project to resolve the issue since 2013, but still, it's best to avoid going off on your own in these areas just in case.

You could spend hours floating in the Dead Sea (or at least as long as your skin can handle the sodium chloride). Thanks to the high salt content, you'll never sink. Instead, your body will be carried by the water, no matter how much hummus and falafel you've consumed during your travels.

It Has Healing Properties

Many components contribute to the Dead Sea's reported healing properties. The water's high mineral content, containing elements like magnesium, bromide and sodium, are all great for the skin, helping travelers with conditions such as psoriasis or dryness. Muddying up and then rinsing off in the water is also especially purifying — not to mention lots of fun.

The air near the Dead Sea is also good for the skin. Thanks to the lake's low, dry and warm location, the surrounding air has relatively little pollen or other allergens. Plus, the area is almost pollution-free, so it's a dream for anyone with respiratory conditions.

And though it's almost always sunny near the Dead Sea, may people believe its low elevation decreases harmful radiation, as the sun's UV rays have to travel a greater distance. That being said, travelers should still wear lots of sunblock and re-apply often, especially if you plan on enjoying the water all day long. Remember: The mud, while it will cover your skin, doesn't actually count as sunblock.

It's an Easy Day Trip

Depending on what part of the Dead Sea you'd like to reach, it's just a couple hours by car from both Tel Aviv and Jerusalem, easily doable as a day trip. We arrived at the Isrotel Dead Sea Hotel in about two hours from Jerusalem.

Masada and the Sea of Galilee Are Nearby

The Dead Sea is about 20 to 30 minutes away from Masada, an ancient fortress in the middle of the Judean Desert. For a small fee, you can take the cable car up the mountain and explore the fortress. Just get there early before the searing heat sets in and enjoy the uninterrupted views of the vast desert and Dead Sea below.

Take a longer drive north to visit the Sea of Galilee (another lake in Israel deemed a sea), but this one isn't salty. The freshwater lake is beautiful and very different from the desert of the Dead Sea, with lots of vegetation, hiking trails and plenty to do in the nearby Golan Heights region. (Stay tuned for a review of the luxurious Setai Sea of Galilee property, coming soon.)