Not your average sleigh ride: 9 can't-miss theme parks during the holidays 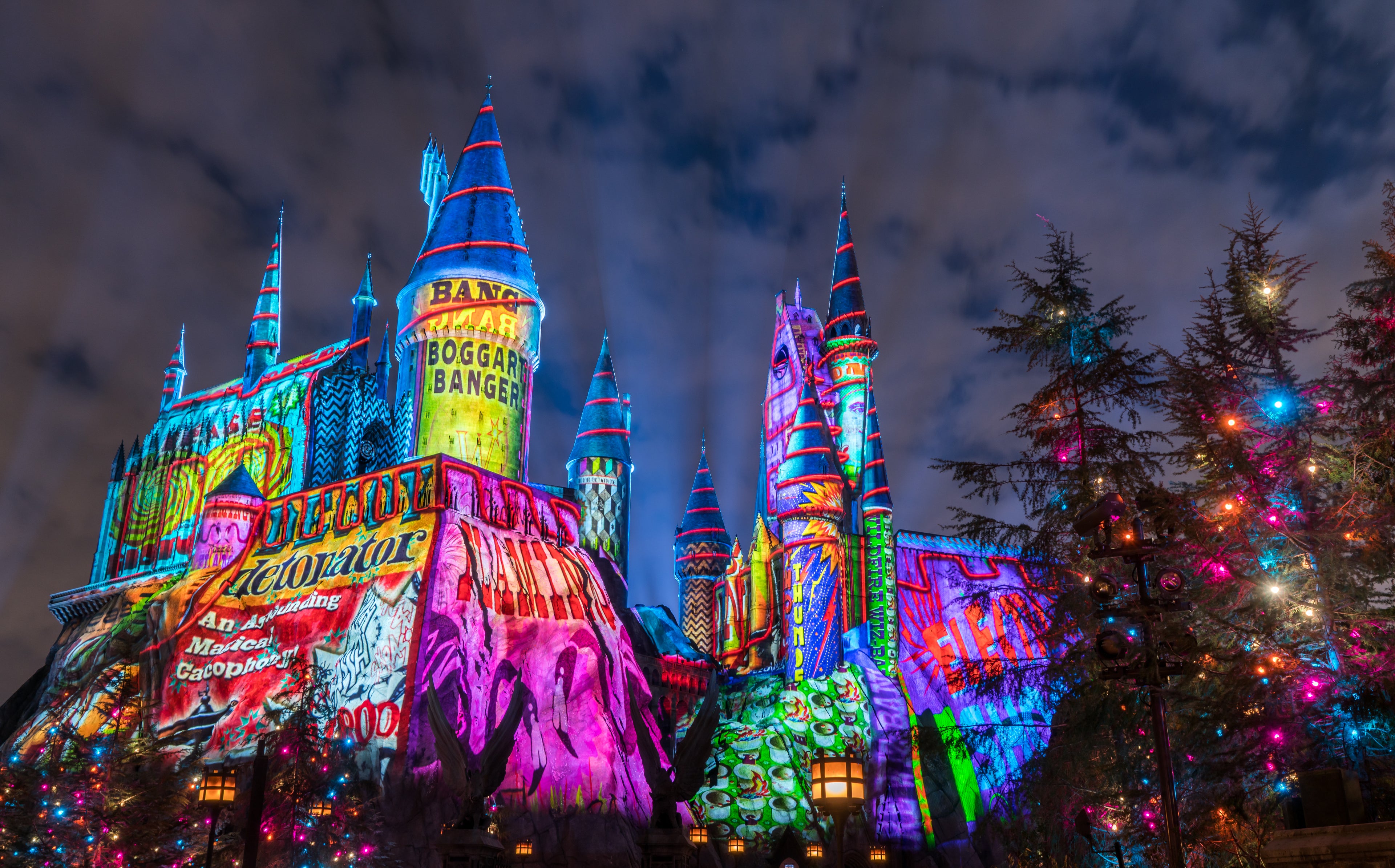 Theme parks bring out the big kid in us any old time. But when Christmas rocks around it’s even more fun to let our inner child out to play. And maybe even bring some real children along for the ride.

Most theme parks start getting into the Christmas swing in November and some are as bad at taking their decorations down as that house down the street, stretching the whole Christmas idea into late January.

So, where should you be getting into the holiday swing? Here’s some of the best Christmas theme park fun around.

It’s that special time of the year when the Jungle Cruise turns into the Jingle Cruise, when the Monsters Inc Laugh Floor mixes some "ho ho hos" into their "ha ha has," and when Frozen’s Queen Elsa works her icy magic to transform Cinderella Castle into a shimmering ice palace.

At Disney’s Hollywood Studios, Toy Story Land is decked out for Christmas while the nightly ‘Jingle Bell Jingle BAM!’ show includes scenes from Tim Burton’s The Nightmare Before Christmas and Beauty and the Beast. Meanwhile over at Epcot, celebrities including Neil Patrick Harris and Isabella Rossellini take turns narrating the story of Christmas at the Candlelight Processional.

If you like your Christmas heroes green with a wickedly sarcastic side, we wish you a merry Grinchmas at Universal’s Islands of Adventure. Here Seuss Landing is transformed into Dr. Seuss’s Christmas tale, where you can see a musical take on the story in the Grinchmas Who-liday Spectacular.

In the Wizarding World of Harry Potter, you can hop on the Hogwarts Express between Diagon Alley and Hogsmeade to see their Christmas makeovers, and check out Celestina Warbeck and the Banshees’ special holiday show. And forget freezing to see the Macy’s Thanksgiving Parade: Here those floats, performers and big balloons stay warm in Universal’s Holiday Parade.

Anyone who plays Dolly Parton’s Hard Candy Christmas every year will be pinching themselves at Dollywood’s Smoky Mountains Christmas. But don't worry: you don’t have to be a fan to appreciate the more than five million holiday lights, 50-foot Christmas tree and brightly lit holiday floats.

Dolly has described herself as being ‘flashier than a drag queen’s Christmas tree’, and she certainly knows how to dazzle visitors, with Dollywood winning awards for the Best Christmas Event at any theme park worldwide.

Also known as Sanrio Puroland, this indoor theme park is where Hello Kitty and friends can be found putting on shows and hugging fans. As Christmas approaches, the Little Twin Stars Kiki & Lala star in “Twinkle Sparkle!!”, where you can dance with the super cute characters surrounded by half a million blue and pink lights and lasers. There’s also a daily Puro Christmas musical show where Hello Kitty, My Melody, Cinnamoroll, Dear Daniel and more share the magic of Christmas in their own kawaii way.

We may not be able to tell you how to get to Sesame Street, but we can tell you how you celebrate Christmas with some of the stars of the show. Just head on over to Langhorne, Pennsylvania and have a Very Furry Christmas at Sesame Place.

Santa and Rudolph will be joining Elmo, Grover, Big Bird, Bert and Ernie, Cookie Monster, Count von Count, and the rest of the gang in the Neighborhood Street Party where Elmo will be breaking into a special Christmas rap. There are Christmas shows and musicals to enjoy, along with a Christmas market in Oscar’s Wacky Taxi courtyard where you can get your photo taken inside a 12-foot winter wonderland snow globe. That’s definitely a new one for the holiday photo album.

Watching a Charlie Brown Christmas on TV is one thing. Seeing Snoopy in a Santa suit doing high kicks in a chorus line on ice is a whole other Peanuts-palooza.

Come Christmastime, Knott’s Berry Farm turns into Knott’s Merry Farm and the whole Peanuts gang is there. Along with the ‘Merry Christmas Snoopy!’ holiday ice show there’s ‘A Peanuts’ Guide to Christmas’ show in the Camp Snoopy Theatre with tips to survive the holidays in between a mash up of holiday songs.

Get holiday snaps with your favorite characters and when the sun goes down in Ghost Town join the Snow and Glow party with snow falling to Christmas music.

There are even Christmas sleepovers to be had in the resort’s hotel, where themed rooms include a chance to sleep with Skipper, Kowalski, Rico and Private in a Penguins of Madagascar treetop hideout.

Serving up old time Christmas vibes, Silver Dollar City is where you can see stage productions of the 1946 classic It’s A Wonderful Life and Dickens’ A Christmas Carol, before strolling down a midtown illuminated with more than six million lights.

This Christmas, the park will be debuting its all-new, eight-story-high Christmas tree in the town square. This 80-foot tree has been custom designed with hundreds of thousands lights that can dance to the music in Joy on Town Square. And of course Santa and Rudolph will be there, with the red nosed reindeer leading the Christmas Light Parade with his own special light.

Usually a summer theme park rather than a winter one, Santa’s Village opens the park gates on the weekends leading up to the big day. With rides designed to be shared with children rather than built for an adrenalin rush, there’s a lot of homespun charm in this park, which opened back in 1952.

And hey, if you miss out on the Christmas theme park fun this winter, you know where you can find it next summer. Who said it can’t be Christmas every day?

Our points-obsessed staff uses a plethora of credit cards on a daily basis. If anyone on our team wouldn’t recommend it to a friend or a family member, we wouldn’t recommend it on The Points Guy either. Our opinions are our own, and have not been reviewed, approved, or endorsed by our advertising partners.
See all best card offers
Related stories
Guide
The best increased card offers to sign up for this October
Guide
Save money with these travel-related offers on your credit cards this month
News
US flight attendants will soon get a longer mandatory rest period between shifts
Guide
I’ve toured all of the world’s best cruise ship suites — here’s why these 5 blew me away