When is the best time to book a hotel? Experts weigh in — and debunk a few myths

Articles
Cameron Sperance is a senior hotels reporter at TPG. He covers anything to do with the hotel industry, from the guest experience to the business itself.
Follow
Sept. 06, 2022
•
5 min read 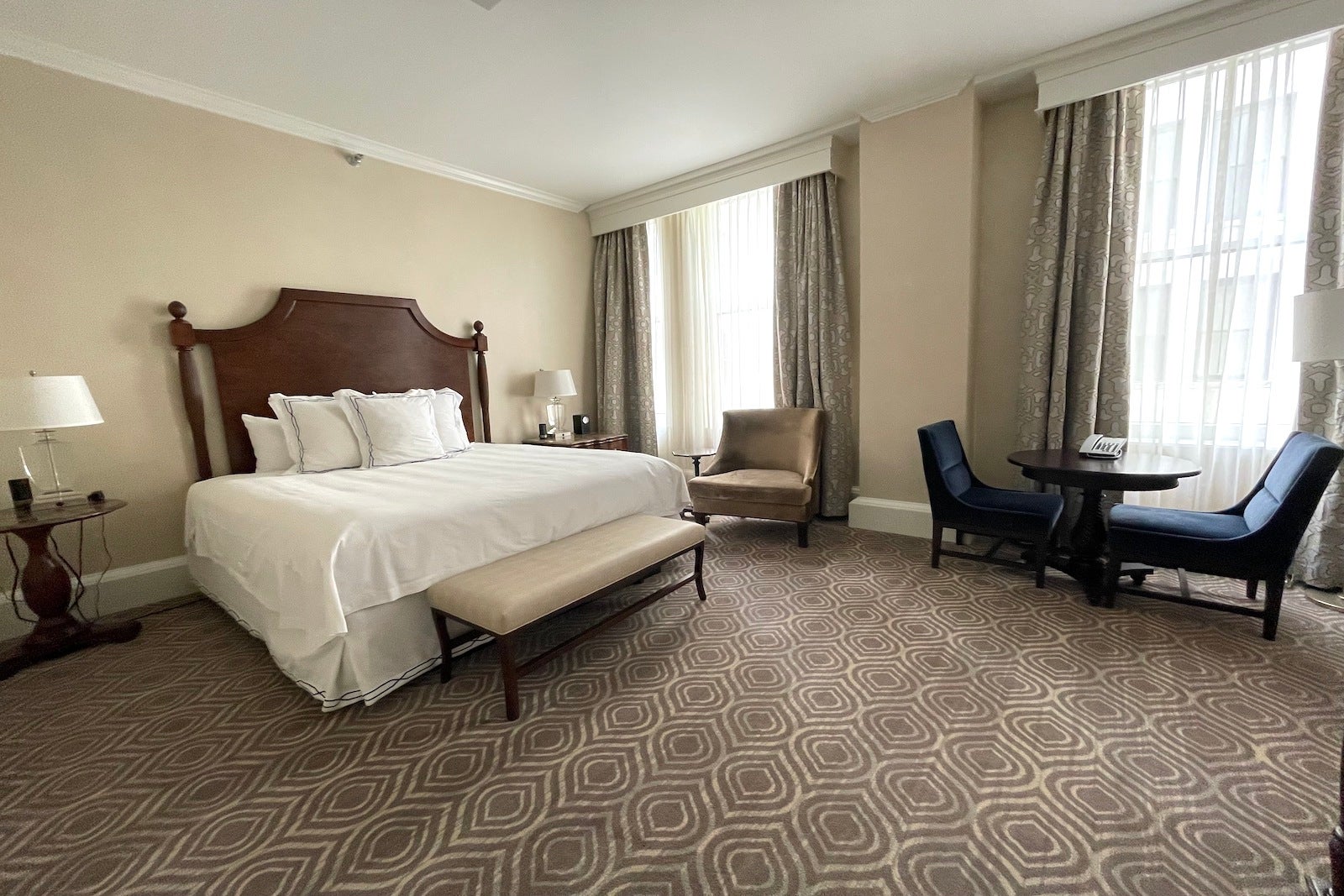 Hotel deals are harder to come by than ever this year.

Every major hotel company CEO in recent weeks boasted on investor calls that the ability to command higher rates helped the industry recover from the pandemic at a faster pace than expected.

But there is some good news: The latest inflation data from the U.S. showed hotel rates declined 3.2% from June to July and were only up 1.3% from a year ago — a win for customers given that, earlier this year, the hotel industry was a driver of inflation with rates jumping more than 20% at times from 2021 levels.

Still, that won't stop us from trying to figure out the best time to nab a deal for a hotel for our next vacation. Rates are still high, after all (7% higher on average than pre-pandemic levels, according to U.S. Consumer Price Index data).

We’ve heard travelers trying everything from booking hotels at specific times of day to certain days in the week to score the lowest rate. Should you book as early as possible, or wait until the last minute? What about those Friday specials some websites claim are always available?

There may be data to suggest more ideal times than others to book a stay, but hotel owners are now advised to change rates practically every day to help them bring in more revenue.

But don’t give up, experts say. TPG perused data and reached out to folks who track hotel rates, and it’s still possible to form a strategy and find a better time than others to make your next reservation.

No, I don’t mean this in the sense of payment installments. I mean use increasingly flexible booking terms and the ability to cancel a reservation with no penalty pretty close to arrival time to your advantage.

With rates fluctuating as much as they do, don’t fall for the temptation of a lower rate offered for those who pay at the time of booking — what’s a low rate today might end up being a high rate tomorrow.

"I agree that prepaying isn't worth it. I've gotten burned by that on a hotel stay and a rental car reservation, so I'm not doing it anymore. The small initial savings isn't worth it if you have to postpone your trip due to [COVID-19, for example]," said Ted Rossman, a credit card senior industry analyst at Bankrate, which is also owned by TPG's parent company, Red Ventures. "Maintaining that flexibility is key."

Waiting to pay upon arrival has two benefits.

The first is it prevents the headache of fighting for a refund in the event you have to call off your trip and cancel your pre-paid room reservation. The other is that, if rates drop closer to your arrival, you can just cancel the reservation you have with no penalty and rebook at the lower rate.

But Rossman also cautions travelers not to expect massive swings in pricing in the months ahead. There's too much economic uncertainty.

"If predictions pan out and we get a recession next year [let's say], then that might dampen demand and lead to lower prices. All of this pent-up leisure travel demand that has been unleashed could wane, too," he added. "But I don't think there's a lot of room for prices to fall considerably unless there's a significant economic downturn. We're probably looking at a relatively flat pricing environment."

Be flexible with your check-in and checkout times

There are a few analysts out there who previously touted that the best time to score a hotel deal involves waiting to book on certain days of the week or a certain length of time out from the reservation.

Kayak data once suggested Friday was the best day of the week for booking international travel and that Saturday was best for domestic reservations, Afar reported last year.

However, a lot of those trends happened before the pandemic. The hotel world is a changed one, particularly as it related to peak demand moments for rooms.

“What we're seeing in our data is that it's less the day you search or less the day of the week that you book and much more about the day that you check in and you check out,” said Matt Clarke, vice president of marketing for North America at Kayak.

Checking in on Tuesday and checking out on Thursday tend to offer more bargains when it comes to hotel rates as of late, Kayak data suggests. Tuesday check-ins typically had rates 16% below Friday check-ins while Thursday checkout dates led to rates 17% below those with Sunday checkouts, Clarke said.

“It's not so much that we're seeing any major differences in the day of the week that you search or book,” he added.

The early bird doesn’t always get the lowest hotel rate.

I’ll be the first to admit this from personal experience. I’m planning to head to New York in November to cheer on my friend running the New York City Marathon, and I’ve already canceled reservations and rebooked twice because rates keep coming down for that weekend.

That’s not just a fluke. Kayak data shows rates tend to drop the closer it gets to check-in time — but not too close.

“Our data shows that waiting until you're about two weeks out from checking in is when we do see prices sort of starting to drop,” Clarke said. “What we would ultimately recommend is, if you have your heart set on an individual property, like right over Central Park and you want to see where the marathon is finishing, maybe don't wait to book that. But, if you're willing to be flexible, you can get some deals by waiting.”

Related stories
Legislation that could gut credit card rewards set to move through Congress
Would you stay at 1 of these 8 haunted hotels this Halloween?
Southwest winter flash sale: Get one-way flights for as low as $29
You can currently buy points and miles with up to a 100% bonus — but should you?
Featured image by The Roosevelt Hotel room (Photo by Tanner Saunders/The Points Guy)
Editorial disclaimer: Opinions expressed here are the author’s alone, not those of any bank, credit card issuer, airline or hotel chain, and have not been reviewed, approved or otherwise endorsed by any of these entities.