Why Bangkok is your secret weapon for scoring cheap elite status 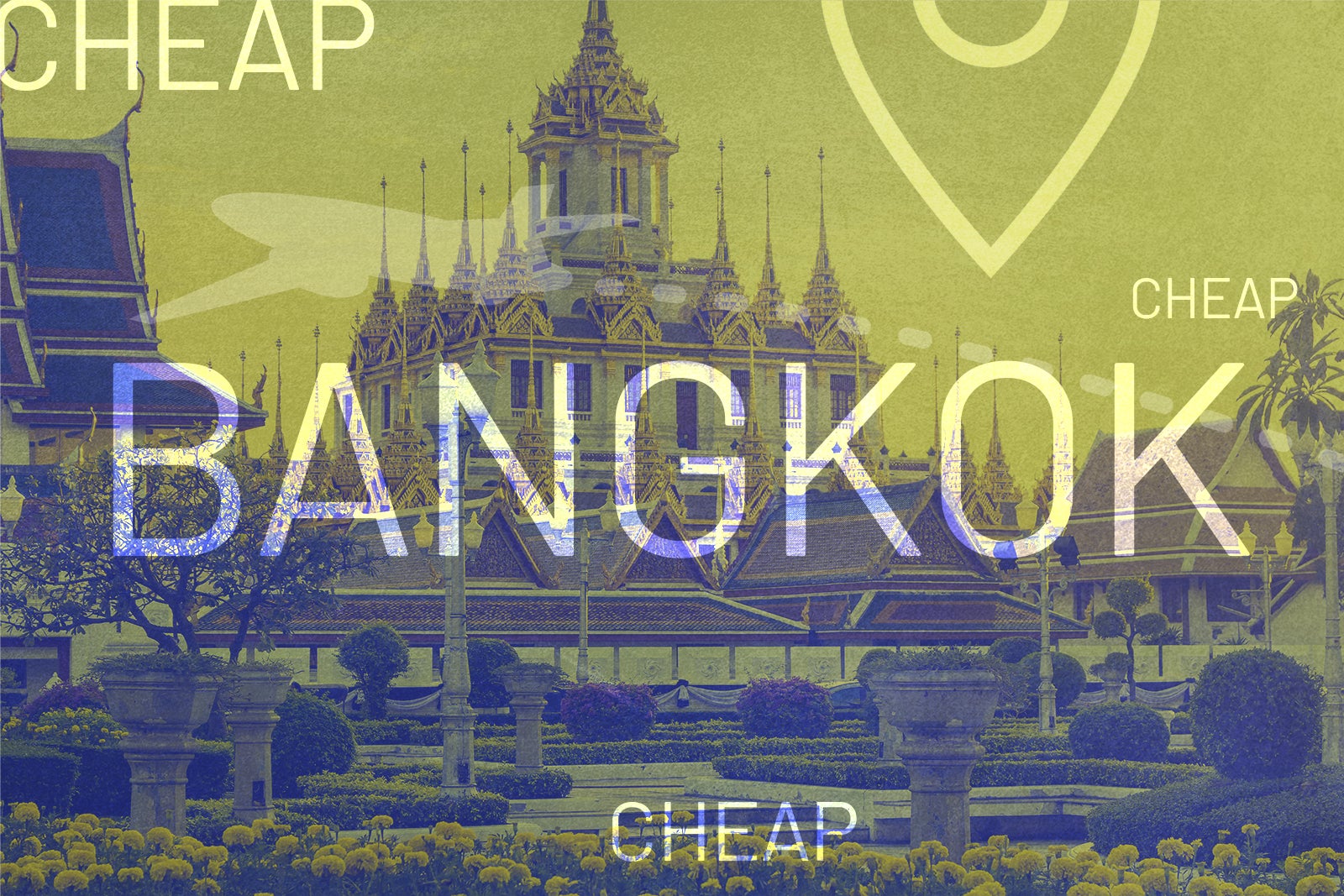 Check out all of the TPG Mileage Run series:
TPG challenged 3 people to fly as far as they could for $725 — here's what happened
How and why to book a mileage run
What to pack on a mileage run
Why mileage runs might be a bad idea

When TPG challenged three reporters to fly as far as they could with $725 each to cover flights, food, accommodations, visas and ground transportation, all of them coincidentally ended up in Bangkok, Thailand.

So why is Bangkok’s main airport, Suvarnabhumi (BKK), such a great place for a mileage run from the U.S.?

Here's why we love traveling to the Thai capital, whether we're looking for a far-flung getaway on a budget or are simply passing through on an epic quest for airline elite status.

You can find an incredibly cheap place to sleep

According to the Swedish site Slotsia for casino fans, the average price of a two-night stay in Bangkok is approximately $22, and when TPG mileage runners all found their way there in September, that's almost exactly how the lodging prices worked out.

Zach Wichter, our aviation industry reporter, stayed at the Nest Boutique Resort in Bangkok during his mileage run. The two-night reservation cost $12 per night, for a grand total of $24.

"It was a place to sleep," Wichter said, but the bare-bones property did include free water. And that's hardly the only affordable option in town.

The Sinsuvarn Airport Suite, where points, miles and deals reporter Vikkie Walker stayed, rang in at $29.54 per night. Walker described the room as "clean but sparse."

"The bed felt harder than a brick, but the shower was hot," she said. "Because I was so tired, I immediately crashed and was out for most of the day. No breakfast, but a free shuttle back to the airport" was included.

Or stay in luxury without paying the price

But you don't have to stay at a low-end hotel to get a great deal in Bangkok. It's also one of the most affordable cities for luxury points hotels, too.

A night at the Waldorf Astoria Beverly Hills could set you back 95,000 Hilton points or more than $600 per night, but the five-star Waldorf Astoria in Bangkok? That hotel goes for just 73,000 Hilton points or 7,913 Thai baht (about $260) per night. And even that's expensive by Thai vacation standards. Hilton Honors members can enjoy luxury for far less at the Conrad Bangkok, where rates are just $145, or 40,000 points per night.

With World of Hyatt, you need just 20,000 points (or $265) for the Park Hyatt Bangkok. That's a Category 5 property, whereas many Park Hyatts (such as those in the Maldives, New York City, St. Kitts and Milan) are considered Category 7 properties, which would set you back 30,000 points per night.

For travelers with Marriott Bonvoy points to spend, you can score an award night at the JW Marriott Hotel Bangkok, The Athénée, a Luxury Collection Hotel, or The St. Regis Bangkok for 30,000 points per night on off-peak dates. All of them are Category 5 properties, opening up the possibility of simply redeeming a 35,000-point award certificate on all but peak nights.

Before the demise of WOW air, Iceland was known for luring travelers with inexpensive flights, only to hit tourists squarely in the face with exorbitant prices for accommodations, food, drinks and rental cars once they landed.

One of the reasons we love Bangkok — and Southeast Asia, in general — for mileage runs is the incredibly affordable nature of not only airfare but everyday purchases. Once you arrive, you can travel around the city at an incredibly affordable per diem. Slotsia's index says the average price of a cab (per kilometer) is less than a U.S. quarter, and travelers can get a pint of beer for under $2.50.

Even when you're not spending pennies in Bangkok, you're still never spending all that much. Wichter took a 10-minute shuttle from the airport to his hotel and spent 150 baht ($4.90). Travelers can also use the public river ferry to explore the city inexpensively (think: less than $1) or the BTS Skytrain for 40 baht (around $1.30).

Cheap street food is another way to eat well without spending a ton of money. Meals are routinely less than $1, and you can get a bottle of water for 65 cents or less.

Not only are luxury hotels cheaper than average in Bangkok, but flights to Bangkok (and Thailand in general) are often priced much lower than long-haul flights to other destinations.

Airlines are great at squeezing every last cent out of passengers, yet we often see flights to Bangkok selling between $500 to $1,000 round-trip, sometimes even lower than that. Though it may be surprising that you can sometimes fly to Bangkok for cheaper than a round-trip flight between New York City and Los Angeles, there are two main reasons for this: intense competition and the demand for these flights.

No U.S. carrier flies nonstop to Bangkok so, at minimum, you'll have at least one stop on your journey. Without nonstop flights, the airlines must compete on connecting itineraries through hub cities such as Beijing, Hong Kong and Tokyo. The three major Middle East airlines (or "ME3"), Emirates, Etihad and Qatar, also offer one-stop itineraries to Bangkok and are known for offering cheap prices.

Since no U.S. airline can charge a premium for a nonstop flight, the U.S. airlines and their partners are forced to compete intensely on prices with the ME3 for Bangkok-bound travelers.

Furthermore, the demand for economy-class flights to Southeast Asia mostly comes from budget-conscious travelers. The airlines know this and understand they can only raise prices so high before they end up with empty flights to Bangkok. The elastic demand for tickets to Bangkok, combined with the competitive pressure to keep prices low, makes Bangkok a great place to go on a mileage run. (Here's how to find a good mileage run.)

And it's not just Bangkok that offers cheap flights. The same logic applies to other nearby Southeast Asian megacities in countries like Malaysia and Vietnam. So if you're looking to go on a mileage run or budget-friendly international adventure, Bangkok is a great choice, but much of Southeast Asia is worthy of your consideration. If you do make the trip to Bangkok, here are some common tourist mistakes to avoid.