How the 787 Dreamliner protects itself from the threat of fire

Articles
Charlie Page is a senior first officer on the Boeing 787 Dreamliner with over 10,000 hours of flying experience, both around Europe on the A320 family and worldwide on the B787. He is also a freelance writer, contributing to a range of print and online publications.
Oct. 19, 2019
•
12 min read 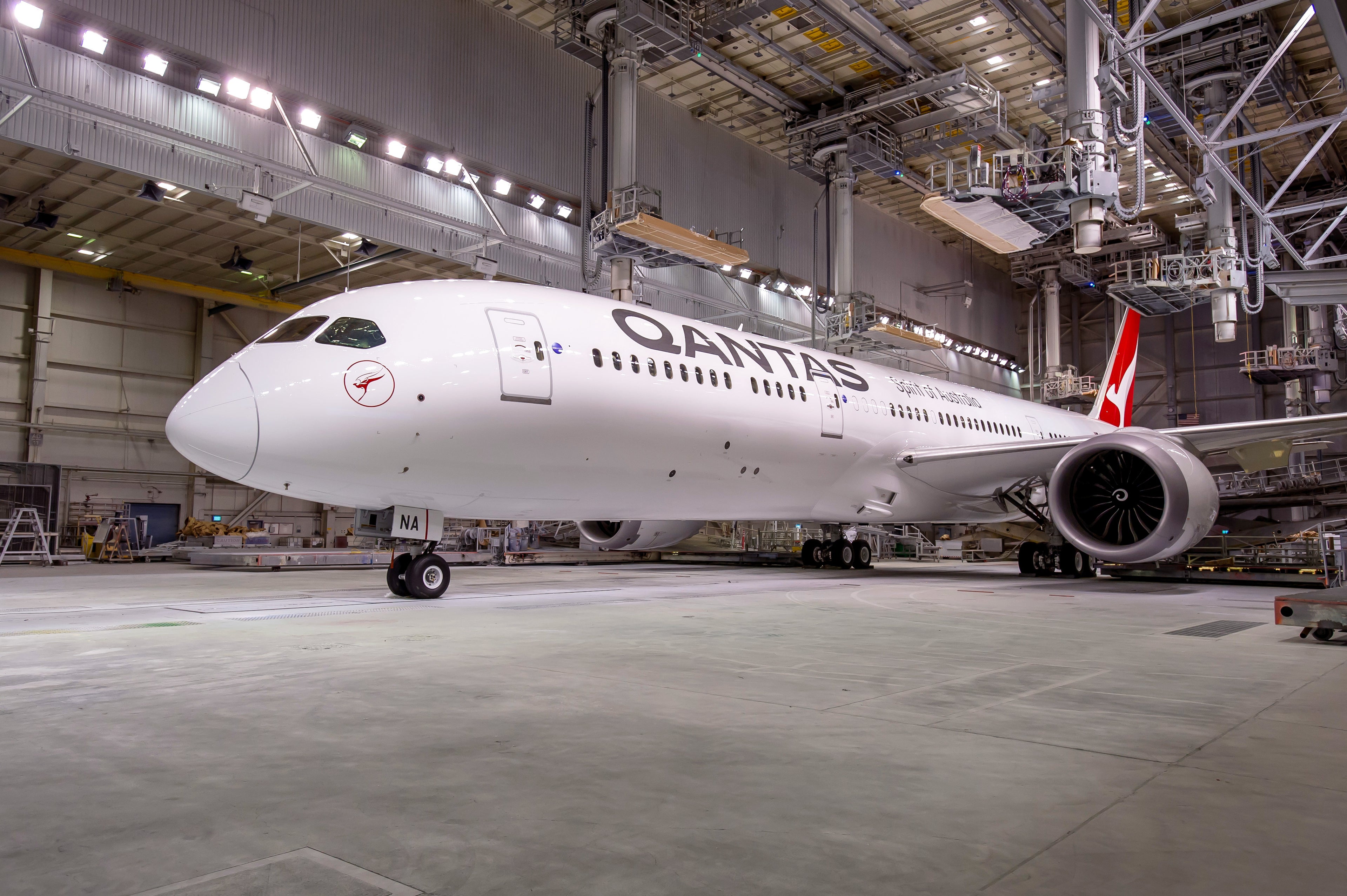 Fire is a serious matter whether you’re in your home or in a car. It's even more of an issue when you're six miles above the ground in an aircraft. With that in mind, aircraft manufacturers and airlines themselves take this threat very seriously. The engines have a sophisticated system of not only fire detection, but also of fire extinguishing. Pilots are regularly trained on how to deal with an engine fire, shut the engine down and land the aircraft safely at a nearby airfield. In the cabin, too, procedures are in place to keep all on board safe. Smoking is banned on flights for a very good reason. However, should someone think that they know better, flight attendants are provided with the tools and training they need to deal with any fire that may occur.

If you think of fires on an aircraft, you probably think of engines being on fire. Yet, what if I were to tell you that an engine is always on fire? Surprised? In order to generate the thrust to move the aircraft forward, fuel must be ignited. This constant burning of fuel is a controlled fire, albeit in an area that is designed to contain the fire. So what happens if there is a fire in a part of the engine which isn’t the combustion chamber?

In each engine, there are multiple dual-channel detector assemblies. Each channel provides both fire and overheat detection. In normal cases, at least one element in each channel must detect a fire or an overheat for the fire warning to go off in the flight deck.

That sounds pretty complicated so let’s break it down. The whole point of having two fire detection systems is to guard against false positives — situations where one system may have a fault and then indicate a fire. This is obviously the safe option in the case of a system failure, but if every time a detection channel failed, the pilots would have no option but to shut the engine down and divert the aircraft.

That said, if the aircraft detects that one of the channels has broken, the system reverts to single channel operation. In that, should the remaining system detect a fire or overheat situation, it triggers the appropriate warning in the flight deck.

If both systems were to fail, then no fire detection is available and the aircraft would not be allowed to depart.

When the system detects the presence of a fire in the engine, a number of indications appear in the flight deck. Firstly, the fire bell sounds along with the illumination of the red Master Warning light. On the EICAS (Engine Indication and Crew Alert System) screen, the FIRE ENG L or R is displayed. The appropriate Fuel Control switch illuminates red, as does the appropriate Engine Fire switch.

With the activation of the engine fire system, for this example, the left engine, the pilots have a well-practiced routine to execute. The pilot responsible for flying the aircraft (Pilot Flying, or PF) will continue to do just that. It is imperative that one pilot continues to monitor the flight path of the aircraft and does not get drawn into dealing with the problem. They will then instruct the Pilot Monitoring (PM) to carry out the “Fire Engine Left” memory items.

As the prompt execution of this items is essential, they are done from memory and not from a checklist. This involves turning off the auto throttle, closing the thrust lever, shutting off the Fuel Control Switch and pulling and turning the fire handle. However, these switches are engine specific so it’s of absolute importance that the pilots shut down the correct engine.

Even though the aircraft systems illuminate which switches they should use, they will still confirm with each other which engine has the fire. This is done by using open questions.

With the both pilots agreeing on which engine is to be shut down, the PM can execute the memory items.

In total, there are two fire extinguisher bottles, and these can be used in either engine. When the engine fire switch is pulled out, rotating it to the left extinguishes bottle 1 into that engine. If the switch is then rotated to the right, then bottle 2 is used in the same engine.

With the fire now extinguished and the engine shut down, the pilots can proceed to apply the single engine flying procedures.

Some people still think it’s a good idea to smoke in the toilets. It really is not. By doing so you are putting the safety of the aircraft at risk, and for that reason, it’s illegal and you could get arrested and prosecuted on landing.

All aircraft have some form of lavatory fire detection and protection. On the 787, this consists of a smoke detector and an automatic extinguisher. If smoke is detected, an aural alert sounds both in the lavatory and in the cabin. In addition to this, lights will illuminate in the cabin to alert the cabin crew, and the Master Warning bell and light goes off in the flight deck. If there is smoke in the toilet, the crew will know.

If heat is detected in the waste bin, a fire extinguisher is automatically discharged into the bin. The cabin crew will then tend to the smoke alarm in accordance with their training.

To assist with fires in the cabin, there are a number of fire extinguishers and protective breathing equipment available to the crew. These strategically are located around the aircraft so that the nearest one is never more than a few rows away. The extinguishers are designed to remove the oxygen from the area around the fire, quickly extinguishing it.

The cargo holds, too, have a sophisticated system of fire protection. Depending on the variant of the 787, there are a number of smoke detectors in the cargo compartments. The -9 has more than the -8, and the -10 has more than the -9. It’s directly proportional to the size of the aircraft.

Like with the engine fire detection, two cargo compartment smoke detectors must be activated for the flight deck alarm to be set off.

In the flight deck, the indications of smoke in the cargo compartment are very similar to that of an engine fire. The Master Warning light and bell are activated and the EICAS message is illuminated.

If a CARGO FIRE warning is activated in flight, the system automatically discharges two extinguisher bottles into the relevant compartment. After 15 minutes, the remaining bottles are discharged, but at a slower rate.

The pilots can also activate this system by pressing the CARGO FIRE DISCHARGE switch in the flight deck.

In the tail of the aircraft sits a smaller engine, the Auxiliary Power Unit. This provides electricity to the aircraft when the engines are shut down. Like the engines under the wings, the APU also has fire detection and protection, operating in a very similar fashion.

The APU compartment has a twin loop fire detection system. Like with the engines, both loops must detect a fire in order for a warning to be generated. If a fault is detected in one of these loops, the system reverts to single loop operation where a detection of a fire in the remaining loop is enough to generate a fire warning.

The indications of an APU fire are very similar to those of an engine fire. The Master Warning light flashes and the fire bell rings. APU FIRE is displayed on the EICAS system. The APU fire handle also illuminates, drawing the pilots attention to the relevant switch.

Dealing with an APU fire is a pretty straight forward procedure. The APU has one extinguisher bottle. Like with the engine fire handles, rotating the handle discharges the bottle into the APU compartment.

Where the APU system is clever, though, is in the shut down logic. Quite often, aircraft can be left on their own unattended. As the 787 doesn't like to be without power, if no ground power connection is available, the only option is to keep the APU running. Should there be a fire detected in the APU, it will not only automatically shut itself down, but after a 15-second delay, it will then discharge the extinguisher bottle.

As alarming as it may seem, an engine fire is no cause for concern. The structure of the engine and its casing are designed to contain extremely high temperatures. With the fuel supply removed and the engine shut down, extinguishers will put out any remaining signs of fire. It's something that pilots practice in the simulator every six months. In the cabin, too, flight attendants are trained to deal with any incidents of smoke or fire. Protective breathing equipment allows them to use the portable fire extinguishers, which are located all around the aircraft. Even in areas inaccessible to the crew, down in the cargo compartment, there is plenty of provision to deal with the unlikely event of a fire. No matter how far the nearest airfield is, there will always be enough extinguisher available in the cargo holds to suppress any fire that may occur.