27 Stunning Indonesian Islands You Should Visit That Aren't Bali

Articles
Lori Zaino is a writer for TPG and TPG UK covering travel, news, points and miles and more. She's been based in Madrid, Spain almost 15 years and is an expert in travel throughout destinations such as Europe, Southeast Asia and Africa.
Follow
Dec. 03, 2018
•
11 min read 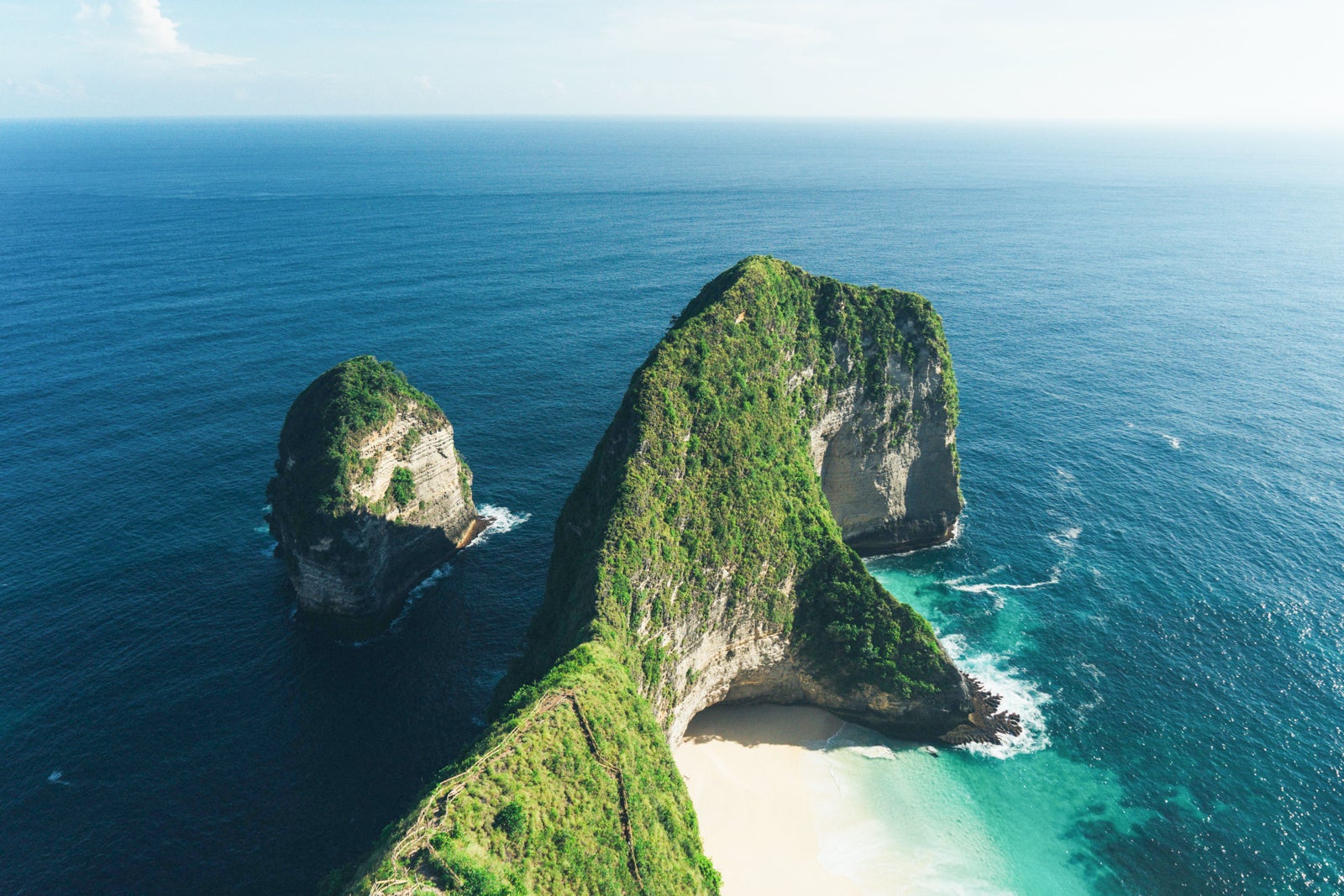 Bali is a stunning island on everyone's bucket list: but that's precisely the problem. While the Indonesian paradise is gorgeous, it's often crowded with travelers from all over the world.

Overtourism on the island has led to severe traffic, heaps of litter, price gouging, constant construction and even a water crisis. Fortunately, if you're dying to visit a pristine beach in Indonesia, Bali is hardly the only option. Indonesia has approximately 17,000 islands (6,000 of which are inhabited). Check out some of these amazing alternative islands and archipelagos where you can go instead.

An archipelago with more than 1,500 islands off of West Papua, Raja Ampat is astoundingly beautiful. The main islands of Misool, Salawati, Waigeo and Batanta possess hidden caves, pristine beaches and mountainous jungles. While the reefs that surround these islands are said to have more marine biodiversity than anywhere else on Earth, there's also plenty to see in the sky, too, as the islands are home to over 500 bird species. Plus, the rugged limestone cliffs and islets framing the islands are reminiscent of what Thailand's Koh Phi Phi once was before tourism hit — but maybe even better.

Getting There: Fly from Jakarta (CGK) four hours to Sorong (SOQ) in West Papua; then take a ferry to the islands.

If your dream vacation includes spotting wildlife deep in the jungle and lounging on peaceful, sandy beaches, head to the Indonesian part of Borneo known as Kalimantan. Cruise on a klotok (an Indonesian river houseboat) down the Sekonyer River through Tanjung Puting National Park to spot orangutans in the wild. For beaches, boat over to the nearby Derawan Island archipelago. The tiny island of Samana (also known as Kakaban) is almost entirely covered by a freshwater lake. Swim or snorkel to admire the nonpoisonous species of Golden and Moon jellyfish that float all around you. The nearby horseshoe-shaped island of Maratua is known for its deserted beaches and enchanting mangroves.

Getting There: You can fly to several airports within Indonesian Borneo from cities such as Jakarta and Bali's Ngurah Rai International Airport (DPS), near Denpasar.

Home to one of the top resorts in the world, Nihi Sumba Island, Sumba has a little bit of everything: idyllic beaches, dense jungles, warm, friendly locals and low-key waves for budding surfers. In fact, TPG himself, Brian Kelly, had an epic New Year's Eve experience there a few years back where he learned to surf. But the swells also cater to more advanced surfers, too. In fact, if your dream is to surf seriously exclusive waves, you can do so on Sumba. The Nihi Sumba Island resort has the only privately-owned wave in the world. Seriously. You’ll actually need to make reservations for the wave — often referred to as “God’s Left” — and space is limited, as only 10 permits are given out per day to surf it.

Getting There: Garuda Indonesia flies once daily from Bali (DPS) to Tambolaka (TMC), the island's airport.

Those in search of adventure should visit Komodo Island, home to the world's largest lizard, the Komodo dragon. You can admire these prehistoric monitor lizards, which can weigh up to 200 pounds, at Komodo National Park. The island's reptilian inhabitants aren't the island's only attraction, however. Komodo is also home to Pink Beach (Pantai Merah), one of only a handful of beaches in the world known to boast blushing pink sands. You can't stay overnight on the island, however, so plan to book a day trip and stay overnight in Labuan Bajo.

Getting There: Fly to the Labuan Bajo Airport (LBJ) from Bali or Jakarta, then take a ferry over to Komodo.

Get way off the beaten path with a trip to this archipelago of 27 islands (five of which are inhabited, including Karimunjawa and Kemujan). Swimming and snorkeling are two of the most popular activities, as the waters surrounding the islands contain colorful coral reefs inhabited by small, harmless sharks, sea turtles and tropical fish. There are even shipwrecks you can explore. Menjawakan is another great option for travelers. There's only one resort there, Kura Kura, and you may even spot deer roaming the private island.

Getting There: Once you find ground transport to Jepara from Jakarta, you can take the slow ferry (five to six hours) or the speedboat (two hours) to the islands. Or, fly in on a seaplane from Surabaya to Kemujan.

What do you get when you put the islands of Wangi-Wangi, Kaeldupa, Tomia and Binongko together? Wa-Ka-To-Bi, of course! This cluster of four islands can be found in the namesake marine park, which contains one of the largest coral reefs on Earth, with close to 1,000 different kinds of coral and over 700 species of fish. Obviously, the diving and snorkeling here are excellent, but the islands are also perfect for beach bums wanting to chill out beneath the shade of a palm tree. Take time to learn about the Bajau people who reside here, too. They're skilled divers with a profound relationship to the surrounding waters.

Getting There: Fly to the Matahora airport (WNI) from Kendari (KDI), the capital of Southeast Sulawesi.

If you've already planned a trip to Bali, that's OK. But to escape the crowds, add on a few extra days exploring the three Nusa Islands: Lembongan, Penida and Ceningan, half an hour away from Bali by boat, though technically still part of Bali. Surfers should head to Lembongan for its fierce waves, and intrepid explorers should visit the Pura Goa Giri Putri Cave carved into a mountain on Penida. Another highlight? The Angel's Billabong tidepools on Penida, which are set between craggy rocks (make sure to visit at low tide). Then, stop to photograph the arch and swimming manta rays at nearby Broken Beach. Don't miss taking in the clear waters of the Blue Lagoon on Ceningan — they're so bright, they're almost blinding!

Getting There: Take a 30-minute boat ride from Bali.

Just slightly smaller than Bali, Nias Island is located off the west coast of Sumatra. More than half the coastline has quiet, sandy beaches and the interior of the island is covered in dense, hilly jungle. Twenty-eight small islands and islets are scattered around Nias, making for perfect day trips to largely untouched beaches. Since the local population is actually linked to Taiwan, parts of India and Myanmar, you'll find the island has a distinctive culture, very different from nearby islands and most of Indonesia. Surfers flock to this island to catch some of its swells, and fishing is another popular activity.

Getting There: Fly from the Kualanamu Airport (KNO) in Medan, the capital of Sumatra, to the Binaka Airport (GNS) on Nias.

You'll be spoiled for choice if you decide to visit the Riau Islands, as there are about 3,000 scattered across the South China Sea. Considering your departure point may be the best way to chose, as some are just 30 minutes from Singapore, while others are closer to Malaysia or flank Borneo. Bintan is one of the most popular and largest of the Riau Islands, and it offers a more luxurious, classic resort experience. Bawah, a private island with just one resort, delivers Maldives-esque overwater villas. Travelers can also find more low-key overwater villas on many of the other islands, including Petong or Labun.

Getting There: Many of the Riau Islands are accessible by ferry from Singapore.

The largest island in the eponymous archipelago, which comprises 92 islands, Alor island is known for its distinct culture and unspoiled beaches. Although you may not find all the comforts of home on the island because there isn't much infrastructure, the locals are exceedingly friendly, and you can get to know their way of life by reserving a homestay. Diving is one of the island's biggest pulls, with over 130 feet of visibility during dry season. Hammerhead and reef shark sightings are common, and muck diving is even a thing here. While swimming through sediment lowers visibility, you cab spot some special creatures this way.

Getting There: Although the island is closer to East Timor, you can still fly to the Alor Airport (ARD) from Kupang's El Tari Airport (KOE) West Timor, which is part of East Nusa Tenggara, Indonesia.

Bomba and Kadidiri are among the best of the 56 Togian Islands. Mainly inhabited by the Bajau people, visitors may have to make due without internet, cellphone reception or electricity, so be ready to really get off the grid here. The islands aren't easy to get to, but the level of relaxation you'll find is more than enough of a reward. Many corals surrounding the islands remain unclassified, making diving an unforgettable experience. AvGeeks should check out the most famous dive site, a B24 Liberator plane wreck from World War II. The plane is in excellent condition, and has become home to batfish, lionfish and even scorpionfish.

Getting there: First, you'll need to get to Sulawesi. Fly from Jakarta's Halim Perdanakusuma International Airport (HLP) to Gorontalo's Jalaluddin Airport (GTO) with a stop in Massakar (UPG), and then catch a public ferry to Wakai in the Togian Islands. Ferries take about 12 hours and only leave on certain days of the week.

Featured image by (Photo by James Connolly via Unsplash)