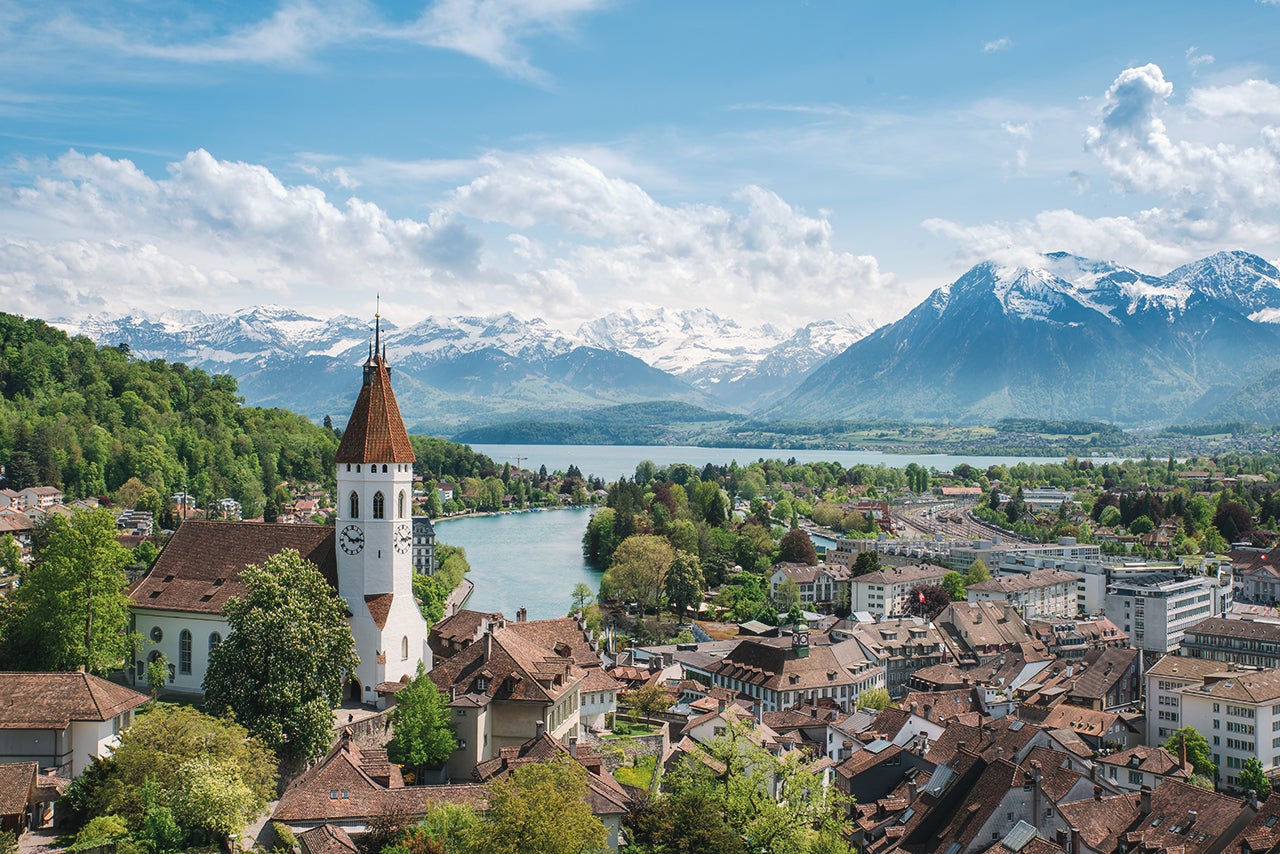 Ski season is getting underway in the U.S., with the first resort announcing its season opening last week. And while there are deals to be had on flights to domestic destinations that will put you within a short drive of the slopes, you won’t pay a whole lot more to fly internationally.

Take Switzerland as an example, which you can reach for less than $500 by air right now — and in some cases well below that mark — and these flights will get you there in plenty of time to enjoy ski season.

If skiing the Swiss Alps has been on your bucket list, this could be a great opportunity. Not to mention, on top of getting some incredible runs in on the other side of the Atlantic, you’ll get to experience all Switzerland has to offer during winter, and there’s a lot.

Depending on the U.S. city you’re departing from you may find better prices flying to Geneva, as opposed to Zurich (or vice versa). Scott’s Cheap Flights was the first to flag the great ski season flights to Switzerland. The site offers premium memberships starting at $49 annually for economy deals and $199 annually for premium economy and business class deals.

Whether you’re hoping to travel this fall, catch the peak skiing months over the winter or book a spring break trip, this deal will help get you cheap airfare.

How to book: We recommend finding your itinerary with Google Flights, then booking directly through the airline.

We highlighted fares to Geneva and Zurich that came in at less than $500 round-trip. However, we should note that if you don’t see your city or preferred Switzerland destination listed and are hoping to book, there’s quite a bit of availability right around (or a bit above) $500.

If you’re a Delta Air Lines loyalist, there’s certainly good news with this deal. There’s quite a bit of availability on the Atlanta-based carrier and its SkyTeam partners like KLM and Air France, particularly when flying from the Northeast.

Most of these itineraries do involve a connection somewhere, and where that connection really depends on which airline you’re flying: If you’re on Air France, it’ll be in Paris; if KLM in Amsterdam; TAP in Lisbon, etc. However, sometimes when we talk about connections overseas, it can be a long stop of many hours. That’s not the case here — we found plenty of short layovers available, so you’ll be on your way to your final destination after connecting.

However, if you’d like to draw out the stop a bit more so you can enjoy some time in your connecting city, that’s often possible as you book, and can be a way to enjoy a second city at no added cost. After all, there are some pretty intriguing connecting locations here — from Paris to Dublin and Iceland.

Here are just a few of the itineraries and prices we found:

Let’s start with a look at one itinerary out of the New York area. Those hoping to reach Geneva can do so on a combination of Sky Team partners. Traveling shortly after the new year, you’ll depart from John F. Kennedy International Airport (JFK) aboard a Delta Boeing 767, flying overnight to Paris Charles de Gaulle Airport (CDG), where you’ll arrive at noon the following day. An hour later, you’ll depart on Air France for a short, 70-minute hop over to Geneva (GVA).

On the return trip, you’ll start with an 80-minute short hop back to Paris on Air France, before a 65-minute stop and an afternoon transcontinental flight back to JFK with Delta.

New Yorkers hoping to reach Zurich, on the other hand, can find even cheaper flights aboard Aer Lingus. This early February itinerary involves an overnight flight to Dublin Airport (DUB) and the remaining portion of the trip to Zurich after a layover of two-and-a-half hours. The stop is a bit longer on the return trip at 3 hours and 50 minutes.

One option for Washington, D.C. area travelers hoping to make it to Switzerland this ski season involves a round trip on Icelandair out of Baltimore/Washington International Thurgood Marshall Airport (BWI). After the overnight flight to Keflavik International Airport (KEF) in Iceland, it’s just a 55-minute stop before you’re on your way to Zurich. It’s another brief stop of just over an hour in Iceland on the return trip.

Finally, here’s another combination of Sky Team flights on an itinerary out of Boston Logan International Airport (BOS) on a trip that can serve as a spring skiing getaway. For $477, you’ll depart on an Air France Boeing 787 Dreamliner from Logan for an overnight flight to Paris. After a brief, hour-long stop, you’ll be on your way to Geneva. On the return trip, you’ll fly with KLM, making a stop in Amsterdam before the overseas leg aboard an Airbus A330 back to New England. Hopefully, operations at Amsterdam Schiphol Airport (AMS) will be looking a lot better than this past year.

Ski season isn’t just approaching. We can officially say it’s here. And there are few better places to hit the slopes than Switzerland. For less than $500, you can check off a skiing bucket list destination for many, with pretty impressive availability to Zurich and/or Geneva throughout the season.