AAdvantage web special deal: Escape to Aruba this winter for 20,000 miles round trip 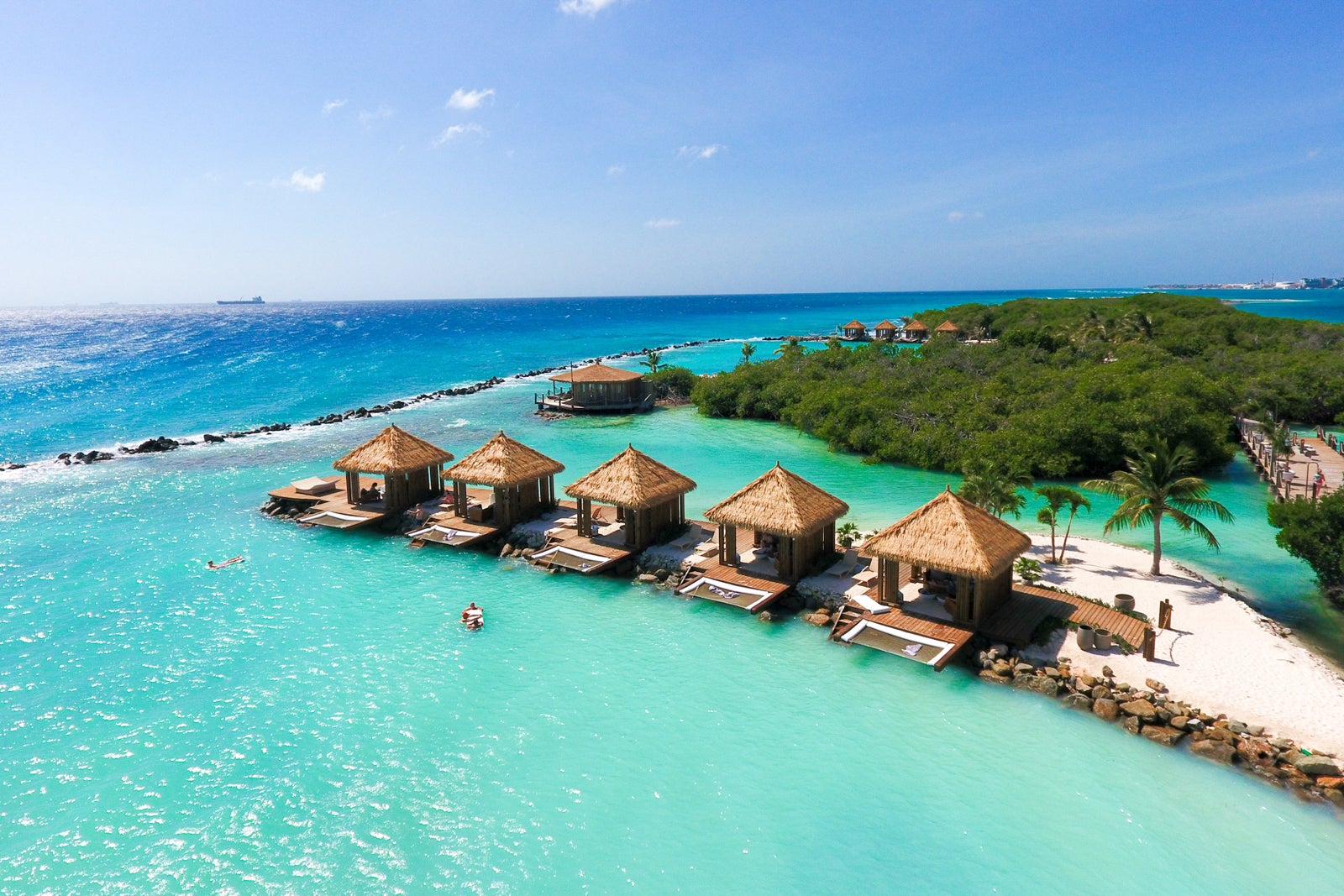 AAdvantage web special deal: Escape to Aruba this winter for 20,000 miles round trip
This post contains references to products from one or more of our advertisers. We may receive compensation when you click on links to those products. Terms apply to the offers listed on this page. For an explanation of our Advertising Policy, visit this page.

As American Airlines has inched the AAdvantage program toward dynamic pricing, that’s led to a bit more unpredictability when it comes to how many miles you'll need to pay for an award flight. While the airline has not entirely ditched its flight award chart, you can also see mileage prices stray from that fixed model.

That means you could end up paying way more miles than the chart suggests you might for a particular route.

One benchmark I use when deciding whether to book with miles or cash is when I see award pricing come in below the award chart, which is often in the form of a web special deal. That’s what many U.S. cities have this winter on American Airlines flights to Aruba.

Just north of South America in the Caribbean Sea, the island nation has plenty of beaches and resorts bookable with points for U.S. travelers. It’s also warm year-round, so anytime you can get a free trip to a Caribbean destination during the cold winter months is an appealing opportunity.

Starting in mid-November and lasting through February, American has round-trip flights available for 20,000 AAdvantage miles from many cities across the country. Sure, there are more options if you’re leaving from the East Coast or from an American hub, but I found 20,000-mile round-trip availability on flights from the Midwest and as far west as Los Angeles.

With the current deal, you’re getting flights for 10,000 miles each way, which may not sound like a lot of savings, but it’s 5,000 miles less per round trip than you'd spend for off-peak travel with a 20% discount. Keep in mind, if you’re flying a family of four to the destination, that’d come to 20,000 miles in savings, which could cover an additional round trip within the contiguous U.S.

If you’re lucky, you may even find a deal that puts you on the island during or right around the holidays, though as you might expect, those are a bit harder to come by.

No, you won’t be as likely to find the same type of redemption once the March and April peak spring break months roll around, but if you’re anticipating growing tired of snow and bone-chilling winter temperatures, it could be a good idea to start planning ahead with a trip far closer to the equator.

Related: These are the best times to visit Aruba

Travel dates: November 2022 through February 2023, with the most availability in November and December.

How to book: Directly with the airline.

The flights for this deal involve round trips from U.S. cities to Queen Beatrix International Airport (AUA) in Aruba.

There are a number of American hubs, especially along the East Coast, that offer nonstop service to the island, so you’ll have a connection if you’re departing from a non-hub destination.

While, by and large, these deals exclude peak travel dates surrounding Thanksgiving, Christmas and New Year’s, I found some limited exceptions, though you may have to contend with unusual itineraries containing particularly long connections.

You also may be able to tap into some of your time off around the holidays by leaving just after a major holiday. For instance, there is quite a bit of availability at this AAdvantage price point for Black Friday departures, as well as right between Christmas and New Year’s on Dec. 30. The same goes for Jan. 2, the Monday after the new year starts when many people return to work.

Remember to keep in mind that this is an international trip, so you’ll likely pay a bit of a heftier sum in taxes and fees than you would for a domestic round trip — most bookings I looked at contained about $85 in additional fees on top of what you pay in miles.

Here are just a few of the routes we found, all for 20,000 AAdvantage miles round trip:

We’ll start with one of the shortest flight options in this deal: trips out of South Florida. This itinerary allows you to travel during some real off-peak dates, with a short, sub-three-hour flight from Miami International Airport (MIA) to Aruba in early December during the afternoon hours. You can return just over a week later with a 5:49 p.m. flight, which means you can really milk the final day out of your stay at a resort.

Here's a bit more of an unorthodox itinerary, but one that lets you travel during the holidays. You can spend New Year’s in Aruba by departing LaGuardia Airport (LGA) on the morning of Dec. 30. You’ll be on the island by early afternoon following the nonstop flight.

On the way back, I was getting a lot of pretty unusual itinerary options, but it may be for the best. Similarly to how European stopovers can be a way to enjoy two cities for the price of one, you can do that here — but instead of a city across the ocean, it’s an extra night in a warm city in mid-winter like Miami.

You’ll arrive on your flight from Aruba in time for a late dinner and won’t leave until 4:00 p.m. the next day, so it could be a way to extend your vacation with a stay at a resort in South Florida.

Finally, we’ll look at an option out of the Washington, D.C., area. This trip capitalizes on what can be a popular travel week for some: the week after Thanksgiving. Leaving Nov. 30 from Ronald Reagan Washington National Airport (DCA), you’ll connect in Philadelphia on the southbound trip and in Charlotte on the way home. Again, the late-day departure on the return trip allows you to maximize that final day.

As a frequent American Airlines flyer, I often look for opportunities to get award tickets that come in below the award chart pricing standard. Significant availability to that end could allow you to spend part of the cold winter in a warm Caribbean destination.

Featured image by (Photo courtesy of Renaissance Aruba Resort & Casino)
Editorial disclaimer: Opinions expressed here are the author’s alone, not those of any bank, credit card issuer, airline or hotel chain, and have not been reviewed, approved or otherwise endorsed by any of these entities.