What it would take for me to consider the Apple Card 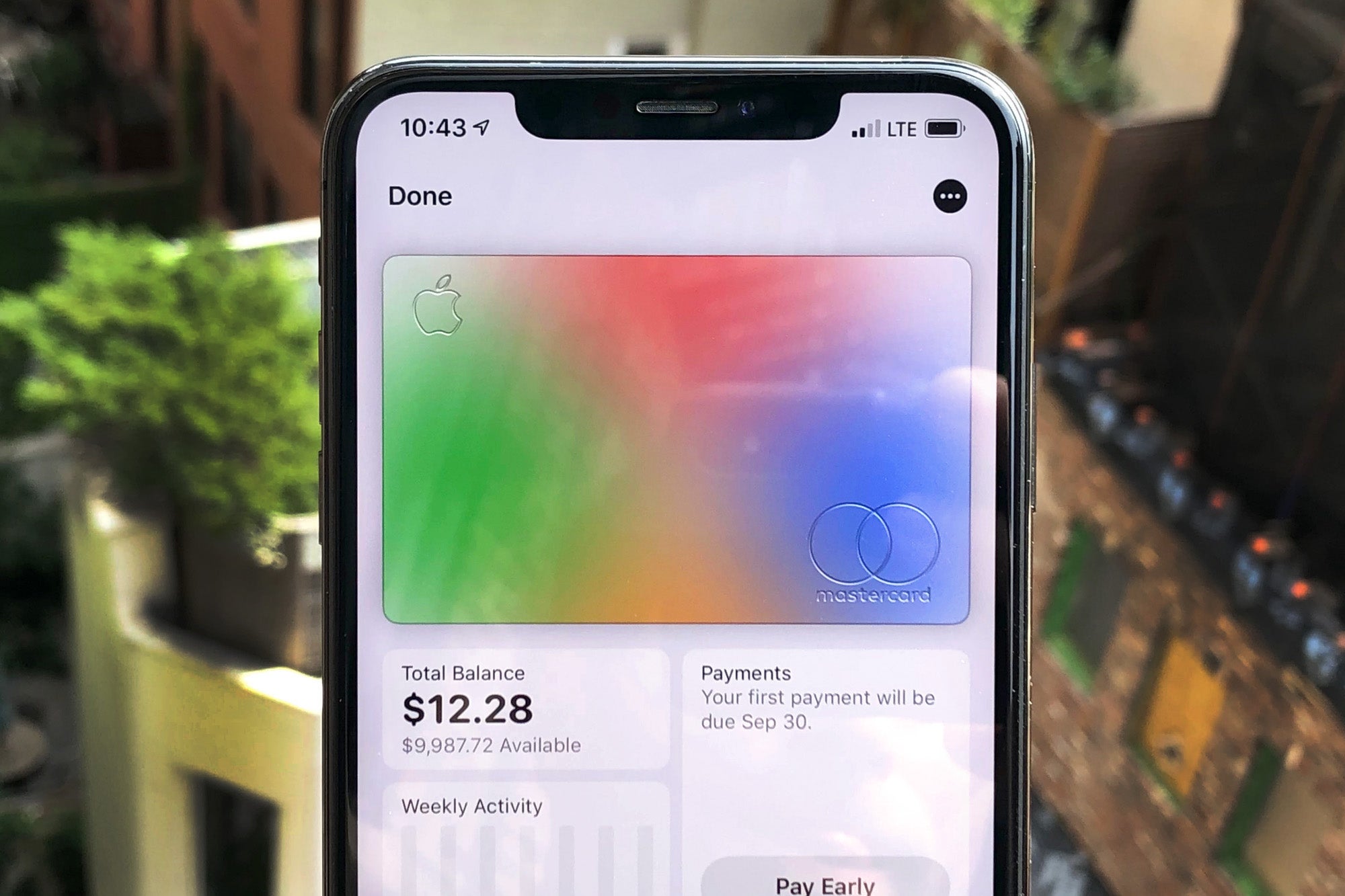 What it would take for me to consider the Apple Card
This post contains references to products from one or more of our advertisers. We may receive compensation when you click on links to those products. Terms apply to the offers listed on this page. For an explanation of our Advertising Policy, visit this page.

This page includes information about the Discover it Cash Back card that is not currently available on The Points Guy and may be out of date.

I am an Apple person. Both my personal and work laptops are Macbooks, and I have an iPad (which I’m thinking of trading for an iPad Pro and Apple Pencil), iPhone and iWatch. I’m even considering getting AirPod Pros once I start traveling again.

But while I am a loyal Apple customer, there is one product that I just haven’t been able to get behind yet — the Apple Card.

I’ve not been shy about my general disappointment with the Apple Card. It earns 3% cash back on Apple purchases (including tech products, app store purchases and other Apple premium services such as Apple TV+) and a handful of specific merchants, 2% cash back on all Apple Pay purchases and 1% on everything else. A mobile-first credit card, it's automatically added to your Apple Wallet upon approval, though there is a minimalist metal card for your physical wallet.

For a card with no annual fee, it’s not the worst rewards structure out there, especially if you are using Apple Pay for the majority of your spending. But considering there are few benefits that come with the card aside from it’s admittedly average earning rates, it’s just not that compelling of a card that I’d waste a 5/24 slot on it at this point.

What the Apple Card is missing

In my mind, Apple will have to do one of three things to make the Apple Card worth it. Either they’ll have to add some solid benefits to the card, revamp the earning structure or add a nice sign-up bonus.

I recognize that all three of these won’t happen, especially while the card remains a no-annual-fee option. But as it stands, the Apple Card simply isn’t as competitive against the best cash back credit cards on the market such as the Citi® Double Cash Card or Blue Cash Preferred® Card from American Express.

And I’m not alone in thinking this way. I polled TPGers to ask if they would ever consider getting the Apple Card. A solid 50 percent of those who answered said they would consider applying if the card made changes to its offerings.

It’s not uncommon for no-annual-fee cards to come with minimal perks or no sign-up bonus. Arguably the best flat-rate cash back option is the Citi Double Cash, which offers a flat 2% back (1% when you buy; 1% when you pay your bill) with no sign-up bonus or premium benefits. So it’s not like Apple has to reinvent the wheel with a unique line-up of perks to compete (though I won’t lie that it is in a position to offer unique benefits that would set it apart — but more on that later).

The biggest downside to the current structure, at least in my mind, is that you’re only earning 3% on Apple purchases. I can easily get 5% if I shop for Apple products on Amazon with the Amazon Prime Rewards Visa Signature Card or if I go through Walmart or Target during a quarter where the Chase Freedom (No longer open to new applicants) or Discover it Cash Back lists those merchants as a rotating category.

Plus, all of those cards offer bonus rewards across a larger range of merchants than the six limited retailers listed as 3% categories on the Apple Card.

The easiest fix? Give us 5% on Apple and 3% on a few broader categories rather than specific merchants (such as entertainment and dining). Or, give us 5% back on Apple, and 2% on Apple Pay and a couple of broad categories.

Another option that would potentially make me consider the Apple Card, even with its current earning structure and benefits package, is a good sign-up bonus.

If Apple is hesitant to give a cash sign-up bonus, I’d also be happy with a non-monetary bonus. A year of Apple TV+ and Apple News+? A year of Apple Music? A credit toward Apple products? Honestly, I’d seriously consider applying for the credit card tomorrow if they added something like that as a bonus.

The information for the Apple card, Amazon Prime Rewards Visa Signature card, Chase Freedom, Discover it Cash Back has been collected independently by The Points Guy. The card details on this page have not been reviewed or provided by the card issuer.

As I mentioned before, Apple is in a position to offer some compelling and unique benefits. Short of a complete rewards program overhaul, Apple isn’t going to compete with Amex Membership Rewards or Chase Ultimate Rewards — and it doesn’t have to. If you’re applying for the Apple Card, that means you are an Apple customer. Why not give your cardholders more Apple-specific benefits that can make their lives easier? That’s a sure-fire way to set the Apple Card apart from the competition in a very saturated credit card market.

Amongst the TPG team, we’ve anecdotally discussed how great it would be if Apple started offering a dedicated support line for Apple Card users (similar to a concierge service, but focused on Apple products), an advanced level of Apple Care when you buy products with your card and a more comprehensive financing option that extends beyond just iPhone purchases.

Keeping in line with Apple-specific benefits, a complimentary subscription to an Apple premium service could also be a selling point. As would a yearly statement credit for Apple purchases or your phone bill.

I get that once you start adding more benefits to a card, that’s where annual fees come into play. Personally, I’d pay a $95 annual fee for a solid line-up of benefits and better rewards offering. But even if they decide to keep benefits minimal to avoid adding an annual fee, there are a lot of impactful benefits related to Apple service that could give this card an edge over its current competition.

I’ll be frank. The Apple Card has a long way to go before it competes with cards such as the Chase Sapphire Reserve and The Platinum Card® from American Express. And I honestly don’t think Apple is trying to go after that market with its current offer anyway.

However, there are a lot of ways Apple could incorporate a better value proposition to entice new cardholders to apply. As it stands, the card is really only good for credit card beginners just jumping into the rewards game — a card that’s destined to end up in the metaphorical sock drawer once a cardholder starts to add more valuable travel and cash back cards to their wallet (both mobile and physical).

I’m a loyal Apple customer, and I love its products and services overall. If they made the Apple Card more compelling, I’d add it to my wallet in a heartbeat.