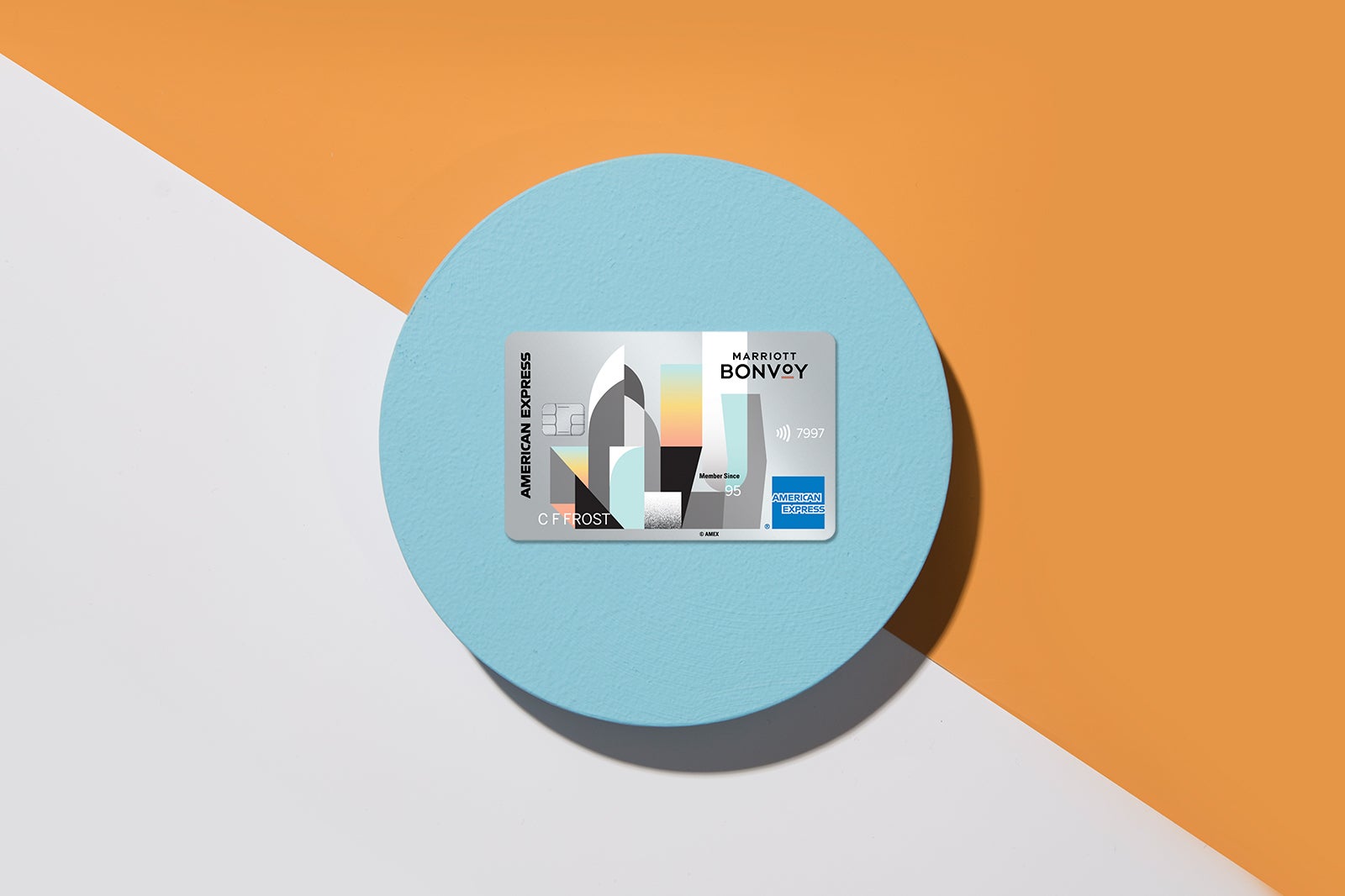 Several technologies exist to replace the physical credit card, such as mobile wallets and wearables. Yet traditional credit cards remain as popular as ever.

Jonathan Wilk, CEO at CompoSecure, one of the largest producers of metal credit cards, agrees. "We're seeing more and more issuers differentiating themselves in this competitive market with unique and/or limited-edition cards that generate instant excitement with consumers and build brand loyalty over time. Some issuers are using these designs for launches to attract new customers, and we’ve even seen certain cards designs be 'trending' on social media."

Let's look at some notable limited-edition credit, debit and gift cards that you may or may not still be able to get.

When American Express recently began revising and rebranding its line of Starwood Preferred Guest cards, it announced that starting in May 2019, it would offer an artist-designed version of the Marriott Bonvoy American Express card, currently the SPG Amex, which is closing to new applicants forever on Feb. 12.

Amex commissioned Manhattan-based mural and studio artist Tony “Rubin” Sjöman to design the new card, which it said was inspired by travel and exploration. Rubin employed the new Marriott Bonvoy colors and modern shapes to represent the sunrise and sunset reflecting off the buildings in an urban cityscape.

When American Express updated its Premier Rewards Gold Card last year with a new name and new bonus categories, it also introduced a yellow-gold metal card as well as a limited-edition rose gold card (no longer available). In fact, the rose gold card was so popular that at least one Amex agent claimed that it crashed the USPS system. In any case, American Express cited the high demand for the card to explain the delays that some customers experienced receiving the card.

This lingerie retailer offers its customers the Angel store credit card. It features rewards for purchases at its stores, but isn't part of a payment network such as Visa or Mastercard. In October of 2017, the retailer announced that it would offer 10,000 metal cards, available to customers who reached "Angel Forever" elite status in the Victoria's Secret rewards program.

The French bank Société Générale might be best known to Americans for the time that it lost 4.9 billion euros to a rogue trader, but it has a special place in the heart of French Pokemon fans. That's because it offered French residents three limited-edition credit cards that featured Pikachu himself.

While they weren't technically credit cards, Starbucks did offer 1,000 metal gift cards for $450 each back (with $400 preloaded) in 2013, and they sold out quickly. And in 2012, there was a stainless-steel card offered for the holidays. Today, these cards are so prized that they show up on eBay for hundreds of dollars.

I had the opportunity to visit CPI Card Group's facilities outside of Denver, where billions of credit cards have been manufactured. There, they offered to demonstrate their design and production services by making me a limited-edition business card, with an actual chip and magnetic stripe. When I offer it to people, their common responses include: "Is there any money on it?," "What happens if I try to buy something with it?" and "No, I asked for your business card."

Credit cards, debit cards and gift cards are not just pretty things to carry with you; they are also important financial instruments. And while it's nice to carry around some bling, it's more important to look beyond the surface and judge a card based on its rewards, benefits and fees. But when you find a great credit card that's also beautiful to look at, even better.

Featured image by While the branding has changed considerably from the SPG days, I still get a lot of use out of the Marriott Bonvoy Amex, one of the first cards I ever applied for
Editorial disclaimer: Opinions expressed here are the author’s alone, not those of any bank, credit card issuer, airline or hotel chain, and have not been reviewed, approved or otherwise endorsed by any of these entities.